Home News In order to made our country eternal, it is necessary to amend the story

In order to made our country eternal, it is necessary to amend the story 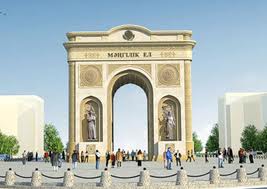 "In order to made our country eternal, it is necessary to amend the story to encourage the patriotic feelings and love for the country in the future generations through the history” 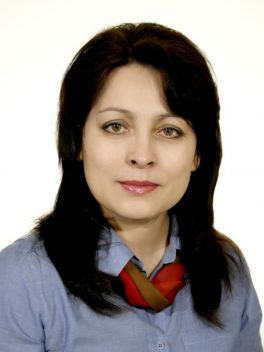 Svetlana Smagulova, the deputy director of the Institute of History and Ethnology named after C. Valikhanov, doctor of historical sciences.

- Last year, in connection with the study of history of the country, we held a series of events; we also obtained some materials and manuscripts concerning the history of our museum and libraries near and far abroad. Furthermore, we opened a web portal "History of  Kazakhstan" which promotes the valuable materials in electronic format. Historians of the Institute actively participated in this event and made their own contribution. How do you assess the progress in this direction?

- Many events were held last year in the field of the history of the country. One of these events is the problem of textbooks of higher education institutions and secondary schools. On this issue, it was a lot of different opinions and criticism. We currently underway a specific work on correcting the errors in textbooks, considered the questionable topics and created the textbooks for appropriate level of students. The staff of the institute participated in creating of those textbooks.

The staff of the Institute actively participated in the creation of a web portal "History of Kazakhstan" and provided the portal with necessary materials. In order to gather information about Kazakhstan from abroad, the scientists and historians have brought a variety of materials and manuscripts relating to the political and economic situation of the medieval states and the Kazakh Khanate, provided ethnogenesis of the Kazakh people, which have not previously been published in the scientific papers. Many cultural monuments and relics was also revealed. For example, scientists and historians visited China and found that the historical figures of ancient Turkic tribes at different times went to China, where many epitaph monuments were installed in honor of historical figures, there is also a monument to the native of Ashina tribe.

One of the significant facts found in this country was the First Historical Archive of China, which consists of 283 volumes with 72,812 documents and a collection of "Archival documents of Shynzhan of the Qin khan epoch on the mandzhurian language"; it covers 181 years since the end of 1730 until mid-1911. The collection was created and accounted by the scientists of Center on the study of the historical and geographical border areas of China. There is also a lot of information about the political relationships between the Kingdom of Qin and the Kazakh state, Burut (Kyrgyz), Kokan, Bodakshan, as well as with the countries of Central Asia. There is also many information about the history and culture, economics, political and social situation of the Kazakhs and Kyrgyz in XVIII-XIX centuries.

It is safe to say that in the future the scientists will take data about the tribal tribes and geographical indications from this collection. Documents and manuscripts that were brought from Germany, Iran and India, joined the history of the Kazakh people. I think that these materials will benefit greatly during the reduction of the historical events. The next step in the study of our history is the completion of the web portal "History of Kazakhstan" with the historical and folklore materials that were collected from the lips of the people. In this regard, we have sent ethno- historical expeditions to the regions. Therefore, you cannot look at it as a regular “campaign". As the President said, "In order to made our country eternal, it is necessary to amend the story to encourage the patriotic feelings and love for the country in the future generations through the history”.

Please tell us about the expedition.

- The expedition was conducted in order to supply the sections "Zhuz khariya, zhuz auyl", "Mystery of  the ornament," "Shezhire" of the portal «e-history». Historians, who are in expeditions in different regions of our country, should write the materials, the data from the elders of the villages or citizens who know the history, historical figures in the region. It is important to study the history of the region, to identify the forgotten historical figures of the region through the collection of real data shezhire, legends, to determine the historical relics. For example, let's not look far, the stories of participants of the Civil War in the last century, who in 1917-1918, 1921-1922, 1931-1933 experienced hunger, dekulakization of the rich, the collectivization campaign, they participated in the Great Patriotic War and witnessed the rise of virgin land, the position of our country in times of Khrushchev, Brezhnev, Gorbachev. All of these materials, I think, are very valuable.

- How do you think, how significant these materials, including shezhire, legends collected from the mouth of the people, the elders?

- One of the historical data is an oral history. It includes both shezhire and legends and dastans. Many Kazakh books that were published in the late 19th century and early 20th century were based on oral history. Since the 90s, when the country gained independence, we paid special attention to oral history. All of this is widely used in scientific research, historical works. For example, shezhire does not only describes the genealogical origin of the genus, you can also get information about the war, disaster, jute, crossing, about historical figures, khans, warriors, orators, zhyrau, the name of lands and waters.

The shezhire of Kazakhs becomes generic, tribal shezhire. In the study of the origin and social status of one nation, it is important to pay special attention to the shezhire this nation. The Kazakhs and elders who spread the shezhire were called "shezhireshi", they were respected.

It is very important for the story, when elders talk about shezhire, legends, as well as situations in which they participated. For example, during an expedition in Tarbagatay district of East Kazakhstan region, I spoke with the elder of the region Nurkiya Zeynedilkyzy, who was born in 1900, now she is 114. She spoke about the terrible troubles of 20-30 years of the last century, the famine that her peers were supposed to overcome. Grandma said that in 1931-1933 she barely saved her children, many Kazakhs died from starvation, there were those who crossed the border looking for food in China. Now try to compare stories of living witnesses with archival data, it all fits together.

You can get a lot of information from the lips of the elders, shezhire, legends about famous songwriters, the rich people of towns, sorcerers, falconers, experts in training horses, i.e. about famous people who lived in these regions.

- What can you say on the issue of supporting the materials collected from the mouth of the people?

- The expeditions in regions involving the employees of the Institute are still ongoing. Many materials were collected. After sampling and processing of materials, they will be posted on the web portal "History of Kazakhstan." These materials will be available for all. Secondly, the most important materials, scientists will compare with archival data and will use in research. Collected materials about hunger will be used in the scientific project of the Institute on the famine in the 20-30 years of the twentieth century, besides I think to use information about the historical figures in the scientific works.

- In recent years in our country, we could see a growing number of people who are interested in a local history. On print papers, we can find the publications that extoll the brave men and biys, who are known only in the countryside. This raises the question "why such batyrs or known people, who have worked for the benefit of the Kazakh people, were not mentioned in the history." What can you say about that?

- The publishing of the informative articles about famous people in the history of the region and among the people is right thing. This enriched our history. Of course, everyone is trying to increase the fame and glory of brave biys and rich people, natives of the region. The praising beyond measure could be found in shezhire. Indeed, this process took a wide scope in the years of independence. In the 90s, the monetary citizens built a mosques in their native villages in honor of their grandparents or they did big commemorations, they even conducted the scientific conference with the participation of scientists. Unfortunately, the persons who protected their land from internal and external enemies remained in the shadows due to lack of research. How many more individuals who have not received adequate attention. This is hampered by the lack of historical data.

Therefore, the use of oral materials that were collected from the lips of people is very effective. For example, how many unknown people have fallen victims to the struggle for land and religion. Elders talk about them with great pain, with tears in their eyes. For example, the bard who lives in the region of Aksuat in Tarbagatai district, where I was with the expedition. The 84-year-old spoke about Duysesh Azimbekov and Toleybay Beysenbayuly, who got some knowledges in Russian and was a judge in Zaisan region, the member of the party “Alash”. He led the Karazhal movement in 1928-1929, the opponent of the Red Empire. The fates of our fellow citizens who were under investigation, also remained unknown. They were accused with a false accusation “The Japanese Spy”, “The Enemy of the People”, it is Kaztay Azimbek, Nurmuhanbet Seytbadamov, Abdikarim Kabekov,

Iskak Kabekov, Kasymbay Abilgazi and many more. Toleugazy Nurgaliuly, who already exceeded eighty, contributed by publishing the book "Aksuat - my Motherland", "The people - shezhire treasure”, which describes the fate of any innocent people, historical figures, who remained in the shadow.

In addition, the museums of rural schools have a lot of interesting materials about the history and famous personalities of the region. Materials about the rural history especially are needed for the program of recovering of agriculture, modernization of villages of our modern state.

Use of materials for publication, commercial use, or distribution requires written or oral permission from the Board of Editors or the author. Hyperlink to Qazaqstan tarihy portal is necessary. All rights reserved by the Law RK “On author’s rights and related rights”. To request authorization email to mail@e-history.kz or call to 8 (7172) 57 60 13 (in - 1163)
Қазақша Русский English
MOST READ
Month Year
Burial mounds of the southwestern part of the Semirechye region
Union of the Archives and Library
The referendum on the Constitution is a significant stage of democratization
Heroic mothers of the great steppe
Philosophy of the Emblem
14 monuments at Tekturmas
The rural akims: the country's hope is in the elections
Kazakh historical drama Tomiris premiered in Istanbul
Stolypin about the worries and hopes of immigrants to the Kazakh steppes
ALASH IDEA IS THE PROTECTION OF KAZAKH STATEHOOD
A tireless explorer of the Kazakh land
SWITCHING TO THE LATIN ALPHABET – UNITE ALL KAZAKH PEOPLE
Kunaev Dinmukhamed Akhmedovich
People who eat horses will kill you
Kazakhstan's participation in the Winter Olympics has a long history
Materials on theme
Kazakhstan army: What was achieved untill the anniversary?
100 unique sites: Mausoleum of Kotybar Batyr
“Azhar — fine faces of history" exhibition was opened in Astana
The custom of giving the names in Kazakhs’ culture