Home News The people of Kazakhstan are preparing to celebrate the 100th anniversary of I. Yesenberlin

The people of Kazakhstan are preparing to celebrate the 100th anniversary of I. Yesenberlin 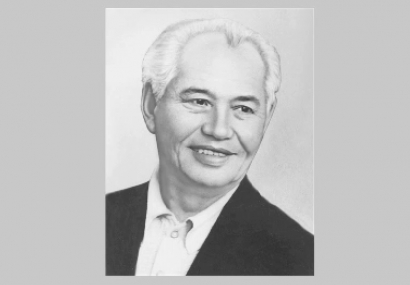 The preparations for the anniversary have already been initiated in the Literary Museum of Ilyas Yesenberlin in Kazakhstan, which is located in his homeland.

If you do not know the author of the "Nomad" and "Golden Horde", you do not familiar with the rich Kazakh literature. Only a few people know that the author of the famous trilogy was born in Atbasar in Akmola region. The only museum in the country that was named after him was created here in 1999. In this museum, the numerous visitors can learn the history of the 16 novels and numerous poems. Not one significant event in the area could be completed without visiting the Center for Literature.

The museum contains over 2,000 exhibits, for example the personal belongings, letters, mails, the writer's books, manuscripts and photographs of the family. The celebration of the 100th anniversary of the birth of our great writer is planned for 2015. The whole Kazakhstan will celebrate this holiday. UNESCO included the celebration of the 100th anniversary of the writer Elias Yesenberlin in the calendar of memorable dates 2014 – 2015. The children of writer transferred more than 350 exhibits into the Central State Museum in Almaty. We kept his personal belongings here in the museum. Here is his desktop, with the help of which he wrote his works.

The renovation of the museum is planned for the upcoming anniversary of the writer. The exhibits would also be renewed. Moreover, the monument of Ilyas Yesenberlin will be placed in the central square of the town. On the other there is still a lot work that should be done by the stuff of the museum, thus it is important to restore and refresh all the exhibits.

A writer's Notebook, and a telephone directory, a favorite family photo and dombra. Those are the holy relics for the students and adults of the city of Atbasar.