A round table meeting "The people in the flow of history" 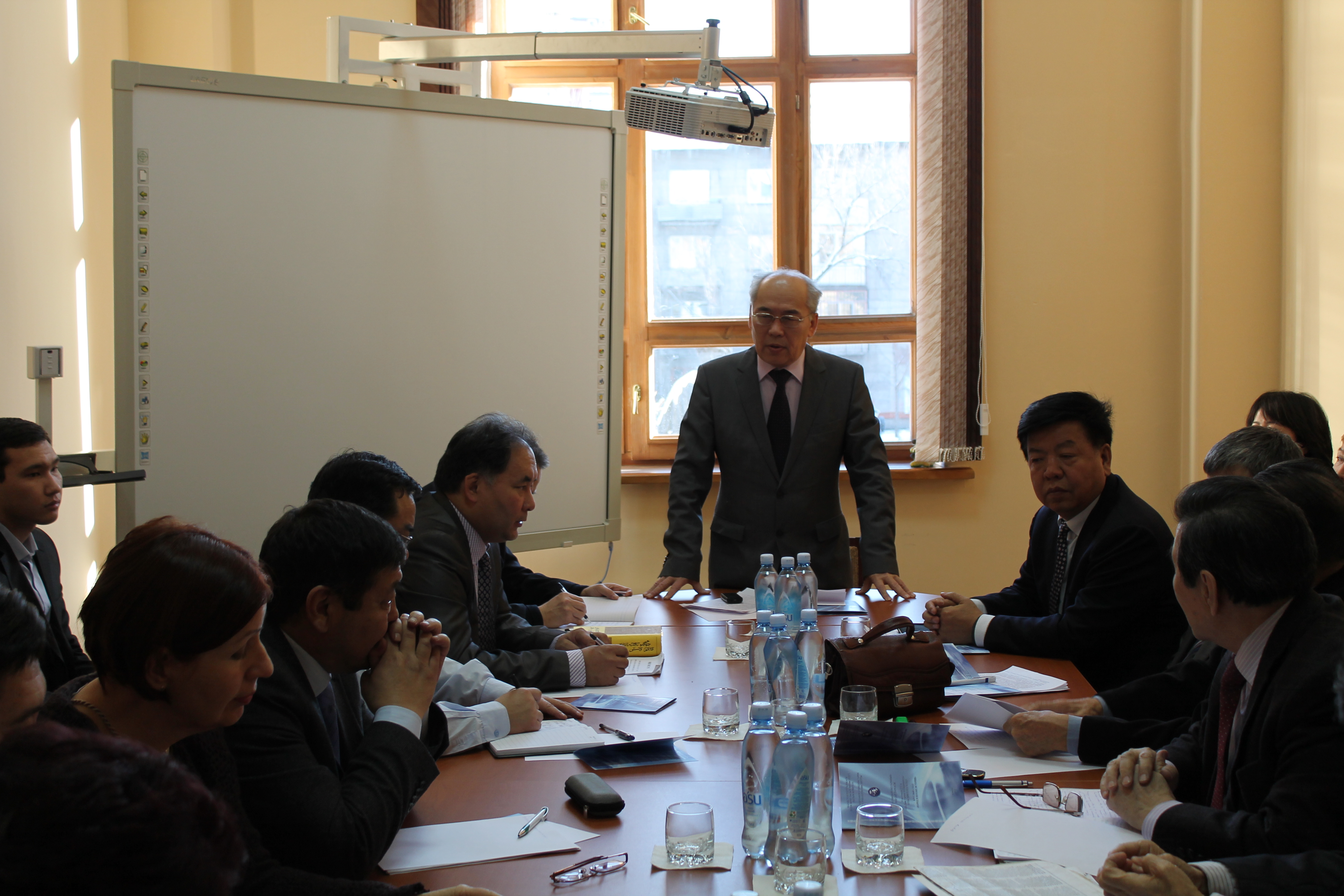 A round table meeting "The people in the flow of history" was held on December 23, in the Institute of History and Ethnology named after S. Walikhanov in Almaty, as a part of the «Nusipbekov readings-

During the meeting, the main report of the academician of NAS of the Republic of Kazakhstan M.H Asylbekov, was devoted to the study of the problems of writing of national history by using of the foreign archival materials. Moreover, the doctor of historical sciences, Professor A.I Kudaibergenova, noted the fact that the tasks that were presented by the President N.A Nazarbayev in the “Strategy 2050” have yet to be fulfilled.

During her speech, the deputy manager of the Institute of History and Ethnology, doctor of historical sciences S.O Smagulova, talked about the significance of the sources and materials that were acquired in the foreign archives for the writing of Kazakhstan’s history.

The orientalist of the Institute of Oriental Studies named after R.B Suleimenov J. Oshan, familiarized the audience with the materials about culture and monuments of the ancient Turkic tribes, that were found in the archival fund of the PRC.

The deputy manager of the Institute of History and Ethnology, Ph.D. N.A Atygaev noted in his scientific report the importance of the ​​Persian sources on the history of the Kazakh state.

N.Bazylhan, the scientist of the Institute of Oriental Studies named after R.B Suleimenov, presented the materials that were found in the states of Turkey and Mongolia. These sources relate to medieval history of the Kazakh people.

The guest from China, Tian Veychzhiyan, the Deputy President of Xinjiang Academy of Social Sciences, the Senior Researcher. His research areas are the Great Silk Road, the history of Turpan and the history of the Uighur people. There are more than 100 scientific papers.

Assistant manager of the Academy of Social Sciences of Xinjiang, Ahmet Shadyman engaged in the research work at the Institute of History since 2004. His main research works are devoted to the Grand Turk Empire, to the stories of Xinjiang and to the Kazakh World Dictionary. Author of more than 40 scientific papers.

The scientists from China, Miao Pushen, Jia Sonchzhiyan, Tian Veychzhiyan and Ahmet Shadyman, confirmed the presence of sources and materials on the history of the Kazakh people, which require the careful study and could be used in the future to write a multivolume history. The Chinese scientists are happy to cooperate with the Kazakh colleagues.

The proposal to ensure the access to foreign archival materials was made during a round table meeting.

Use of materials for publication, commercial use, or distribution requires written or oral permission from the Board of Editors or the author. Hyperlink to Qazaqstan tarihy portal is necessary. All rights reserved by the Law RK “On author’s rights and related rights”. To request authorization email to mail@e-history.kz or call to 8 (7172) 57 60 13 (in - 1163)
Қазақша Русский English
MOST READ
Month Year
Recorded history of Kazakhstan. Part 2
Heroic mothers of the great steppe
How had the World War II been started?
Philosophy of the Emblem
14 monuments at Tekturmas
The rural akims: the country's hope is in the elections
Kazakh historical drama Tomiris premiered in Istanbul
Stolypin about the worries and hopes of immigrants to the Kazakh steppes
ALASH IDEA IS THE PROTECTION OF KAZAKH STATEHOOD
A tireless explorer of the Kazakh land
SWITCHING TO THE LATIN ALPHABET – UNITE ALL KAZAKH PEOPLE
Kunaev Dinmukhamed Akhmedovich
People who eat horses will kill you
Materials on theme
Li Tsygo: Early elections will allow to keep the stability and be ready for any situations
Ukrainians in Kazakhstan: history of removal
Tradition of Kazakhs’ early marriages
Young politicians expressed their views on the step of the government