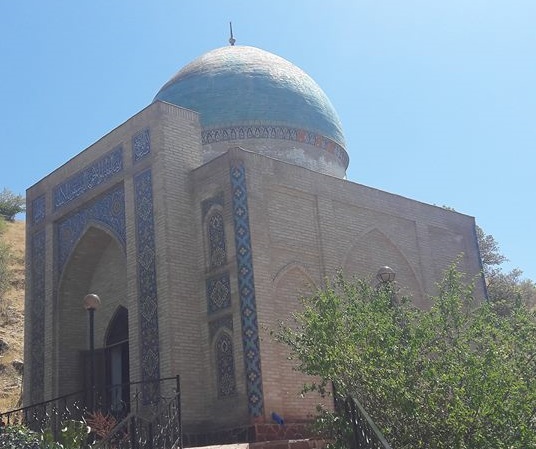 The sacredness of the ancestor was that he roared like a camel, warning the people in advance of the approaching hard times

During the filming of the documentary "Sacred Kazakhstan" commissioned by the Ministry of Culture and Sports of the RK, our film crew visited the South Kazakhstan region. Acquaintance with the sacred places we began with the mountain Kazygurt, where, according to legend, Noah’s ship stopped. At the foot of the mountain there are several mausoleums; among them is the mausoleum of St. Ak Bura.

It is said that St. Ak Bura lived in the XII century, in the times of Khoja Ahmed Yassawi. He was his pupil, the distributor of religion, was a pious man. The real name of Ak Bura is Akbergen, during the zikr, white foam ran from his mouth, white sparks erupted, foam covered his shoulders and chest completely, at that moment he possessed an incredible, powerful force. He always sat on a white camel, and that's why he was nicknamed "Ak Bura". He read two rak'ah of Morning Prayer at the spring, and then went to Turkestan to read the next 2 rak'ah with the people and read it along with Khoja Ahmed Yassawi. Yassawi met him with the words:

And Friday prayers he read in Mecca-Medina. The holiness of this place is that the holy ancestor lived here. Pilgrims come here to honor St. Ak Bura, dedicate the Koran to him, in addition there is a curative spring, visitors come to drink water from it, and even take water with them. After the death of St. Ak Bura, his camel bitterly mourned the death of his master, "tears flowed from his eyes with a stream, he knelt down and turned into stone." They say that the spring that flows from the gorge of this stone is the tears of a white camel mourning the owner. 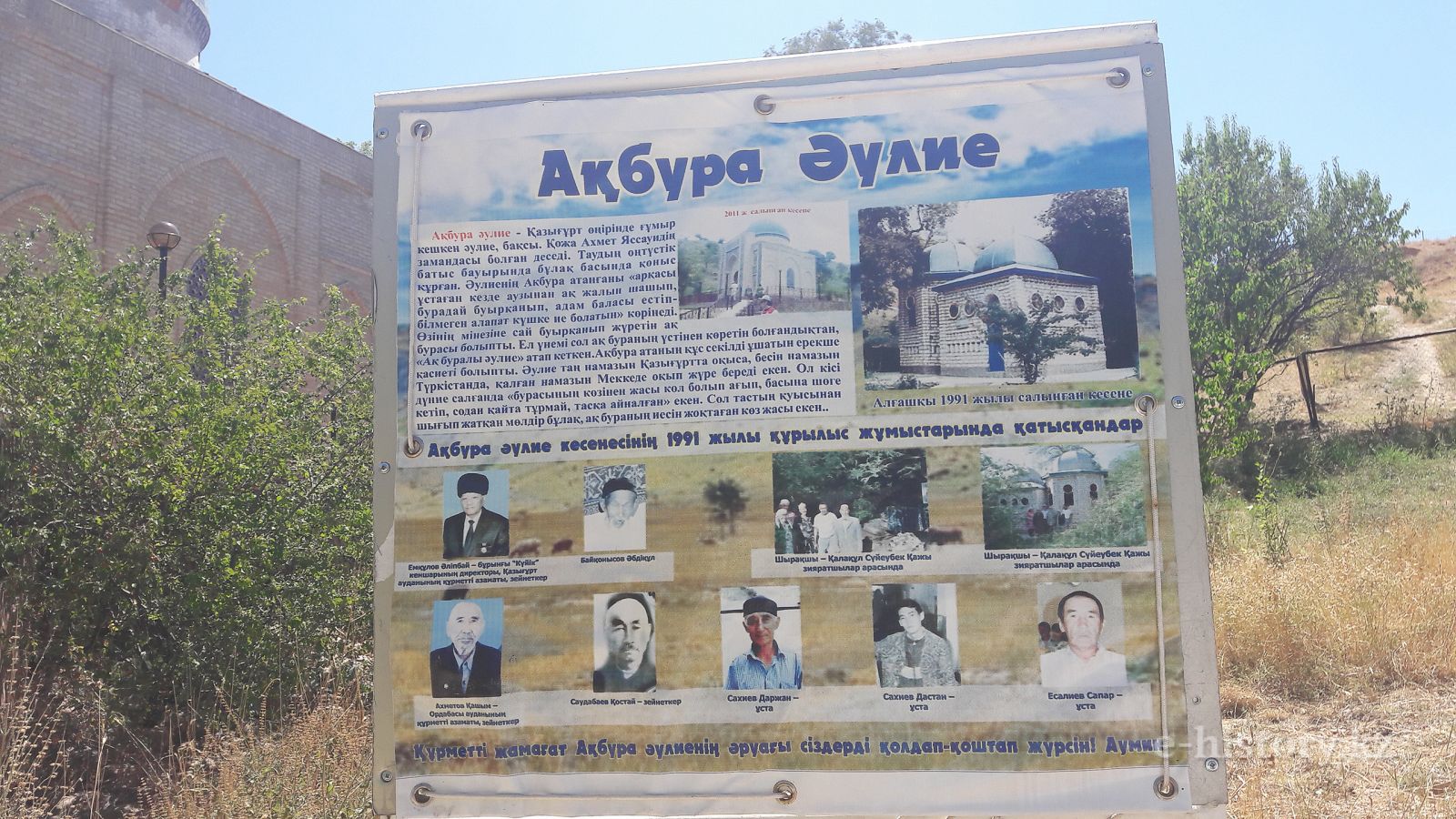 Around the ancestor Ak Bura there are many mausoleums. They say that before his death the ancestor ordered to bury him in Ak Bura. The priesthood of the ancestor is also in the fact that he roared like a white camel, warning in advance of the approaching difficult times for the people, about the approaching war or the natural disasters, about the famine. Well, we all know the sacred Kazygurt, it is recognized even by the world, and here is the ship of Noah. This sacred place is recognized by the world community. It's been 4 years since they received a special certificate from UNESCO recognizing this place as the place of origin, the source of all living things. 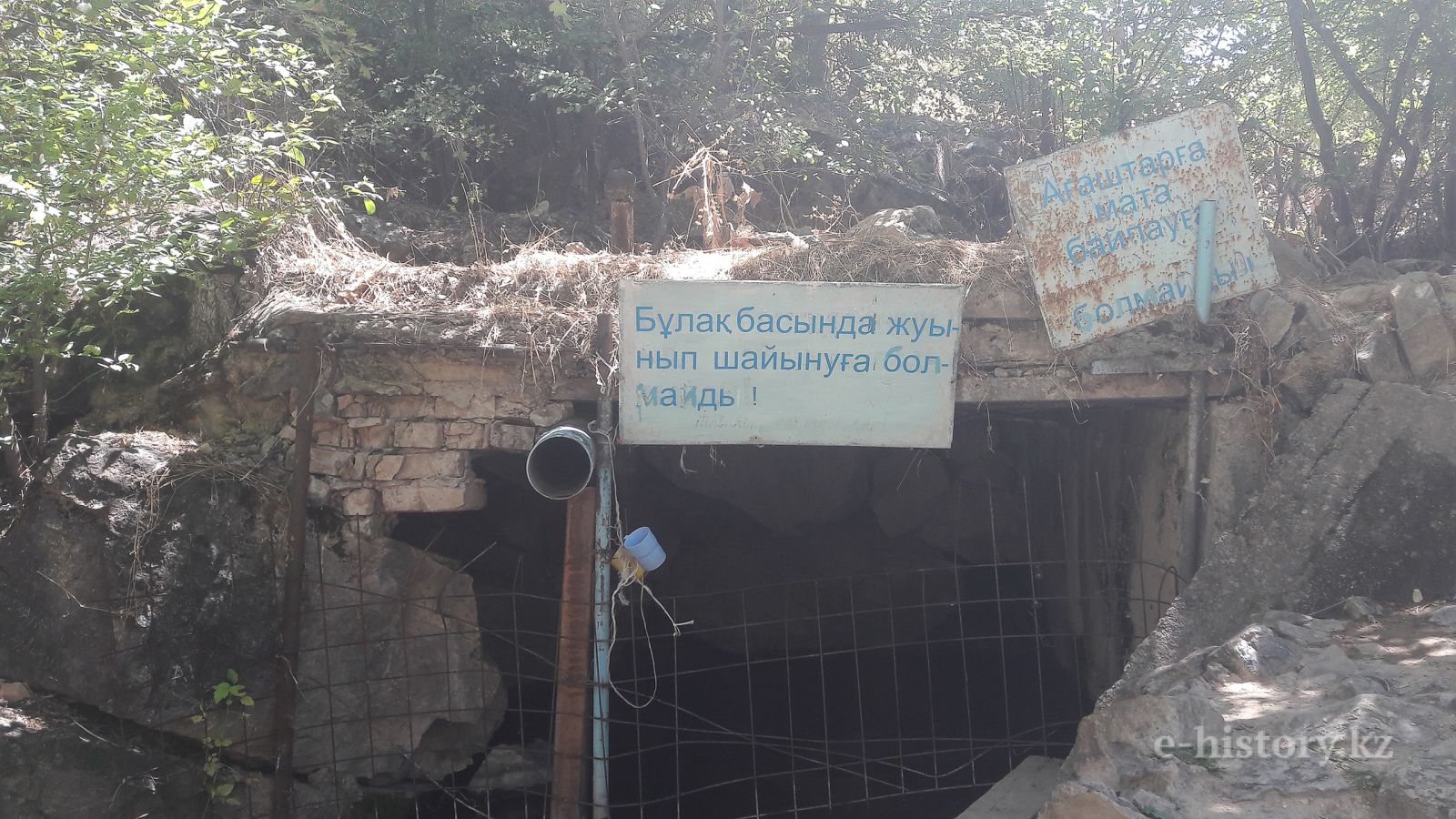 Arriving here one day, a person will certainly return again. Many pilgrims come here with hope: someone asks Allah to give him a child; someone asks for healing, someone prays for well-being for himself and his family.

Among local poets writing about the history of this area, there are also journalists, namely Amanbek Akhayev - writer, Kuralbek Yergebekov - journalist, Rustem Bekzat, they also study the history of Kazygurt. 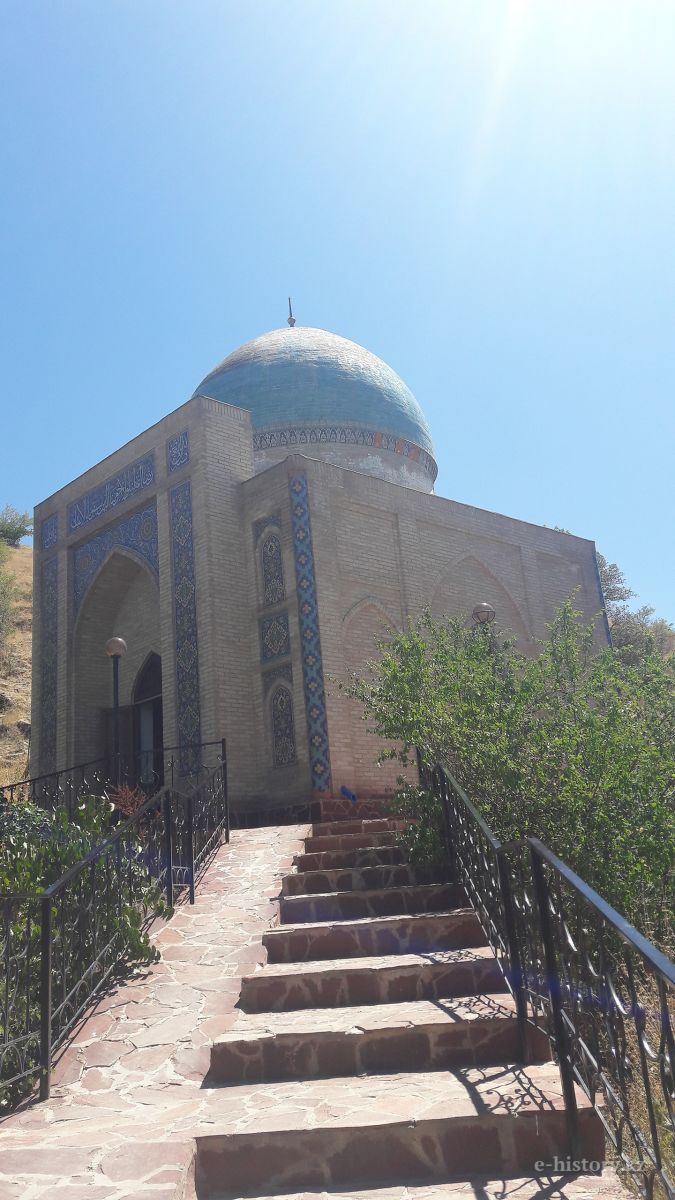 This mausoleum was built in 1991 on the model of Tole bi mausoleum located in the area of ​​Shaykhantauyr in Uzbekistan; in autumn 2011 it was reconstructed.

There is also a tradition to "light seven candles", of course, in Islam there are no such beliefs, but our ancestors Kazakhs from ancient times believed in the sacredness of the number seven: the distribution of seven flat cakes, in the seventh heaven, under seven seals.

Pilgrims lit seven candles, pray, they say if you light a candle and put its ash on eyes, after that the blind have acquired sight.

In the people there is another legend about St. Ak Bura, they say he never read Friday prayers here, and his people ask: "Where do you read Friday prayers, never saw you here among the people, why do not you read here?" And then he responds that Friday prayers he reads in Mecca. The people are again raising their rumble that this can not be, they say, where are you, and where is Mecca? Then Ak Bura says: "If you do not believe me, one of you let’s go with me," takes one of them, seats him on his camel, and along the road, when the camel rides, this man allegedly fell out of it. 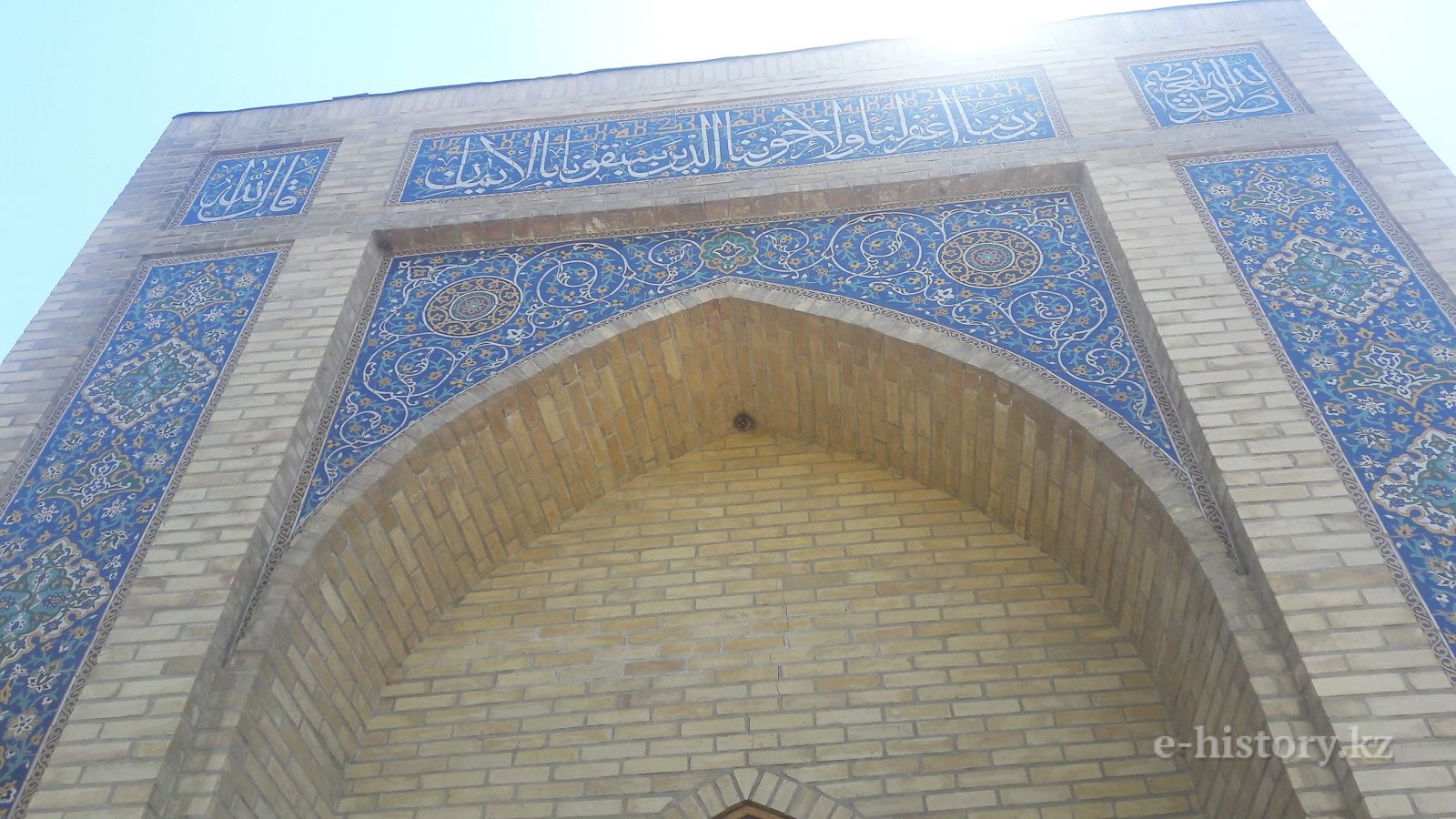 Ak bura after namaz, on the way back, picks up this unhappy man, hanging on a tree, and brings back with the tree. This tree is called "katrenke", and the tree does not grow anywhere else. 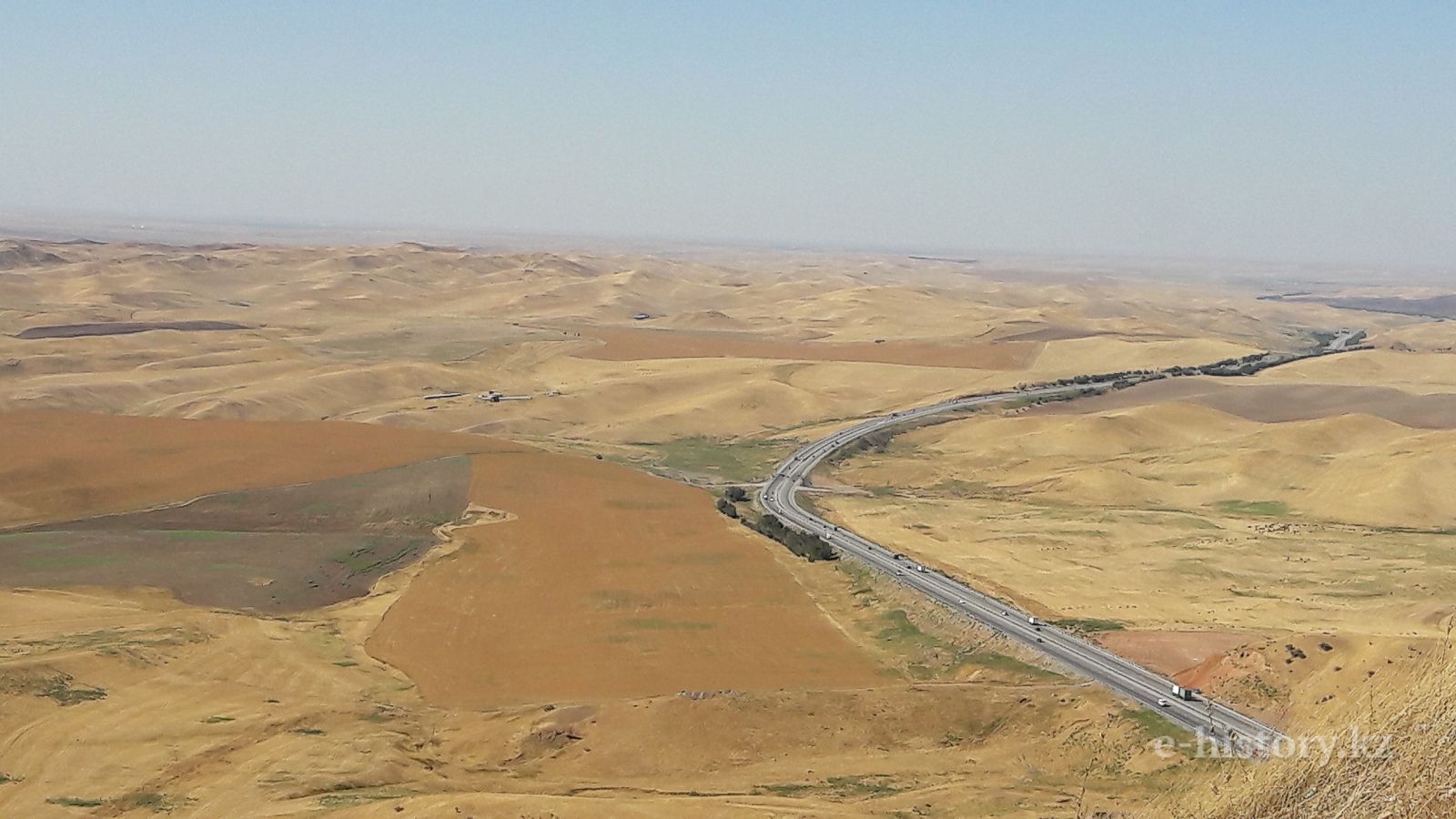 And our film crew prayed, dedicated the Koran to the memory of the ancestor.

Suyeubek Kalkululy, keeper of the mausoleum of Ak Bura, shared a story about the holy Ak Bura. In 2004 he performed a hajj, since March 2005 he has been working as a keeper.

Use of materials for publication, commercial use, or distribution requires written or oral permission from the Board of Editors or the author. Hyperlink to Qazaqstan tarihy portal is necessary. All rights reserved by the Law RK “On author’s rights and related rights”. To request authorization email to mail@e-history.kz or call to 8 (7172) 57 60 13 (in - 1163)
Қазақша Русский English
MOST READ
Month Year
Recorded history of Kazakhstan. Part 2
Heroic mothers of the great steppe
How had the World War II been started?
Philosophy of the Emblem
14 monuments at Tekturmas
The rural akims: the country's hope is in the elections
Kazakh historical drama Tomiris premiered in Istanbul
Stolypin about the worries and hopes of immigrants to the Kazakh steppes
ALASH IDEA IS THE PROTECTION OF KAZAKH STATEHOOD
A tireless explorer of the Kazakh land
SWITCHING TO THE LATIN ALPHABET – UNITE ALL KAZAKH PEOPLE
Kunaev Dinmukhamed Akhmedovich
People who eat horses will kill you
Materials on theme
The custom of Kazakh people - “Tabak tartu” (Serving meat for guests)
AND AROMA OF THE STEPPE WILL SPREAD AROUND
'Qazaq' newspaper: a true example of great service to the nation
On how State Symbols Reflect Our National Pride