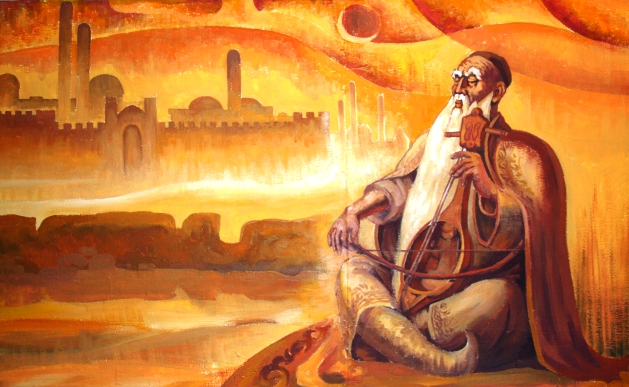 In the ordinary meaning, Abyz - a man who had seen a lot in his life, an old-timer, old man, respectively, with wise life experience, well-informed person.

Abyz in traditional society was the astrologer, sage and seer, clairvoyant reading the stars, speaker and propagandist. Abyz - a kind of a unique person with a special flair, intuition, insight, awareness, and abyz art - school of traditions and knowledge, special effects, which became the basis of spiritual values. He is a continuation of the Turkic shamanism, bakhsi traditions.

Social function of Abyz formed from ancient times. World in the days of the Turks was idealized, through the influence of, on the one hand, the essence of Abyz and their roles, on the other hand, examples of art and works. Abyzs, relied on a basis of divine ideology i.e. Tengrianism. Public consciousness was formed with these positions. Original baksy were close to nature, and their life was full of secrets and in tune with nature.

The legendary founder of the musical art of the Kazakhs, called "Kui Atasi Korkyt" is honorable Abyz – baba. Although he was the spokesman of Tengrianism religion, engulfed the consciousness of the Turkic peoples, inhabited the Turan, after the Turkic peoples adoption of Islam, he got closely to the Islamic world. In the book "Korkyt ata" changes in the Tengri consciousness and outlook, as well as the beginnings of initial Tengri-Islamic marginal beliefs, their nature are visible. 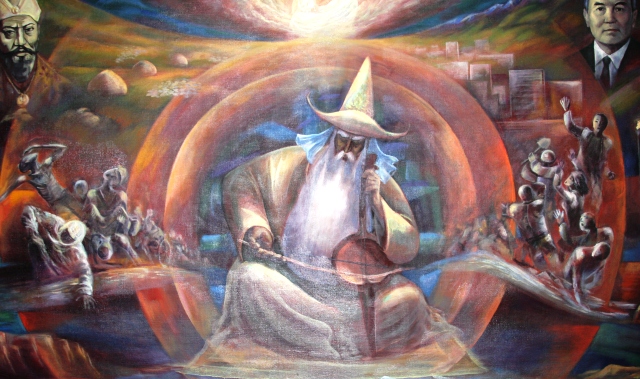 Beliefs of Abizs in Kazakh life also acquire a special social status. If a camel in the Kazakh desert was used for the transportation, the tradition of riding bura (camel-producer) was characteristic only for Abizs.

Tradition of abyz with echoes of shamanism existence in other Turkic-Mongol peoples. If we compare the tunes of calling the Abyz creator to the Kazakh dervish lyrics (diuana), there are lots of content, imaginative harmonies. The fact that Korkyt himself and also Abyzs before him were adepts of the Tengri ideology is the historical truth.

In the songs of Korkyt ata, no matter he was part of the Islamic world, the Tengrian beliefs were viewed in different lines. They were called "turned the water flow back" and also as healing, all-seeing in folklore and song traditions of Tuvan and Uryankhai baksy and balgers (healers, diviners). They actually had the gift of clairvoyance and quackery. As a rule, in the hands of Abyz was a sacred instrument - kobyz.

Travelers, who came from the Small Juz Shanshar Abyz said: "Interest of the jigit, who was born brave fellow, depends on him, and a cattle has its fate. If people leave their homes, the jute comes, if the people come to each other, there are goods and prosperity. No one can, licking deep river, make the water nasty, nobody put out the fire by blowing". The people, sitting opposite him, perceived these words as correct, true. "Let the cattle graze in mountain slope and the head in bed" they say at match-making. As a result, Keldibek marry Tokmeyil. Tokmeyil Ana gave birth to six sons: Kazybek, Sadibek, Asan, Usen, Bodene, Balapan. There are many writers in the Kazakh literature who created an image of Abyz. Shakarim told the story Enlik-Qebec and very clearly showed the image of Nysan Abyz: "Those times, was a visionary Nysan Abyz, he was a real big baksy. Who knows whether he says bosh, or the truth, but they say that what he says comes true". "Those times, a person who more or less knew reading and writing was named Abyz.

Therefore Abyz is the name that was given to the mullahs by the followers of the shaman religion"(Abay). "Intelligent, thoughtful, honest old man who receives the news of the unknown, a visionary, predicted the future, was Abyz" (Shakarim). In bata (blessing) “Word of bakhsi”written by Mashkhur Zhusupov Kupeev, the names of Abizs - saints, miracle workers, pious old men were mentioned. The name of Kaz dauysty Kazybek Bi among them called twice:

"Please, God, mend our way! You will correct us - we are here! Our desire - give: give a baby to the infertiled! Good God, Rich God! First, my God created heaven, and then created the Earth! First, I believe in you, God! Secondly, I believe, Muhammad, in you! We became slaves for someone, and we became followers. In the third - four guardians. Fourth - eighty-eight pious elders, sheikhs. One hundred and twenty-four prophets. In Mecca – saints, in Medina - saints! Genghis Khan is also the saints!

Ata of mountain elk, came out of snake aidahara, thought dead - was not dead, thought alive - was not alive, the saint Korkyt! 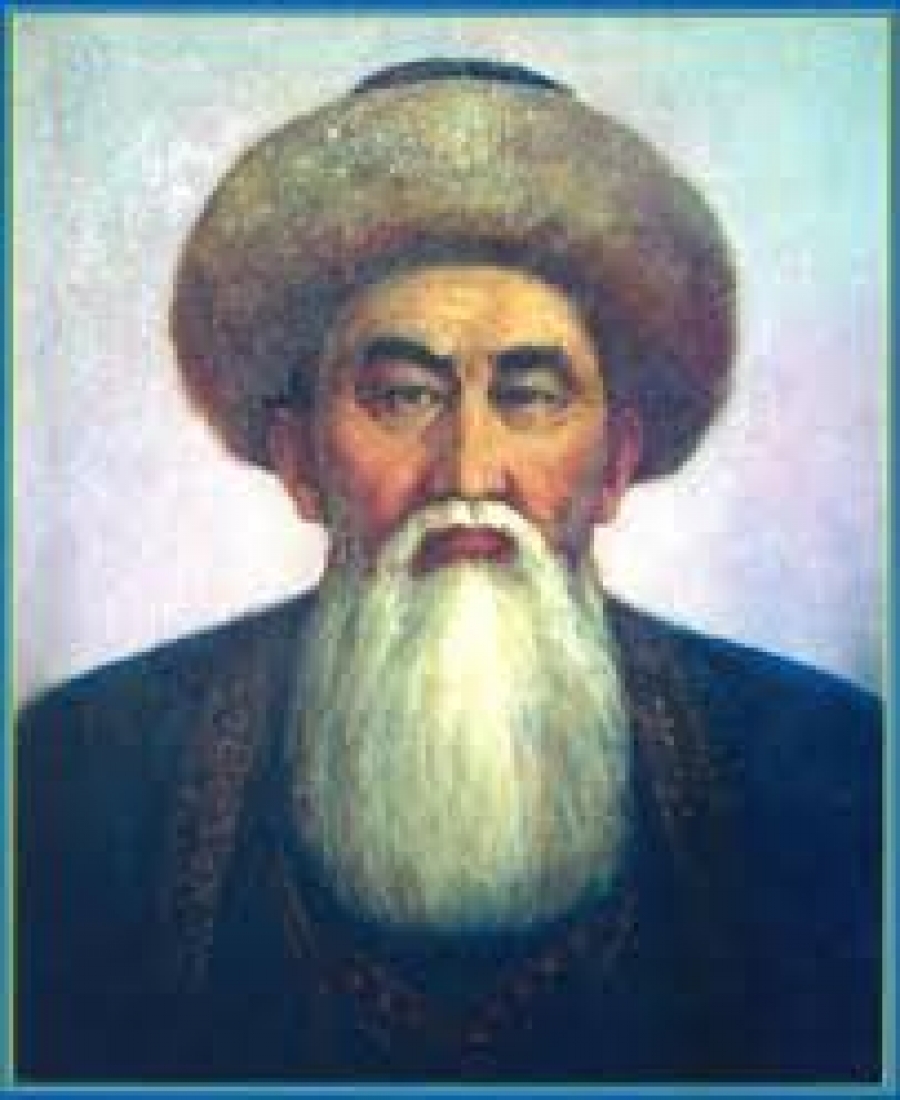 Only the one who predicts the direction of movement in time, the whole being is permeated by the syncretism of art, a brilliant orator says, clairvoyant leader thinks before us, who could become the core of the spiritual world of peoples, real, genius, firmly standing on the ground person, can reach the level of Abyz. They say that the king of the Persians, Darius said, "In order to become a stable country, it is necessary to provide for the unity of the people language, the unity of religion". Abyzs fulfilled this duty, the duty of Abizs – to stand guard of spiritual unity of society, to maintain its desire.

Respected Abyz usually was the astrologer-astronomer, reading the stars, expert of nature, had a variety of art forms, in-depth knowledge, thanks to his natural gift able to predict the path of development, which was the spiritual core of people, able to convey policy to the masses. "The heads and aksakals called the shamans of antiquity - abyz; baksy, healers, kobyz players, dombra players, singers - all evolved from the Abizs"(K.Zhubanov).

Arbitrator Abyz made decisions related to justice, rights, law, discipline in society, drawing on the tradition of the social relationships regulation. Origin and performed duties of famous Kazakh biy (judges) - these phenomena were the beginning of the Abizs. To guess socio - political interests and demands of the society was the main goal for the Abyzs. It was important for him to preserve the spiritual unity of the people.

In times of wise Zhanibek, Asan Kaigy was the Abyz of the Khan. "After that the hard times, the times of poverty, impoverishment of the law, the bad times will come. Literally pikes would climb to the tops of the pine trees, which corresponds to the Russian expression - rivers will flow back, children's lives will be over", such assumption, opinion expressed the sage to the Khan about the Kazakh society future. In order to avoid the colonial fate he mounted his camel Zhelmaya looking for a new place, not in vain, he talked about Zhideli-Baisyn as a good place for residence, it was not just a fantasy. Bukhar zhyrau, the Abyz of Abylaikhan times, continued the traditions of Asan Kaigy.

In the history we popular the names of Maiky biy, Monke biy, who were known associates of the famous Khans. And also here they were the Abyzs of their time. After the Abyz Bukhar zhyrau of Abylai, the days of the Khan's reign were gone, after the system of the country became the colonial system, even though there were respected, wise, creative, clairvoyant seers – such as Murat Monkeuly, Dulat Babatayuly, Shortanbay Kanayuly, Mashkhur Zhusup Kupeev, but they no longer had their wise Zhanibek or Abylai Khan. In a changed world, failing to reach the heights, the owners of the extraordinary gift fell into their soul sad thoughts, left their lives in dreams.

The Kazakh people once again became a united country, created a new state, in this new conditions, the good old traditions, changed in accordance with the requirements of the time, come to a new state.