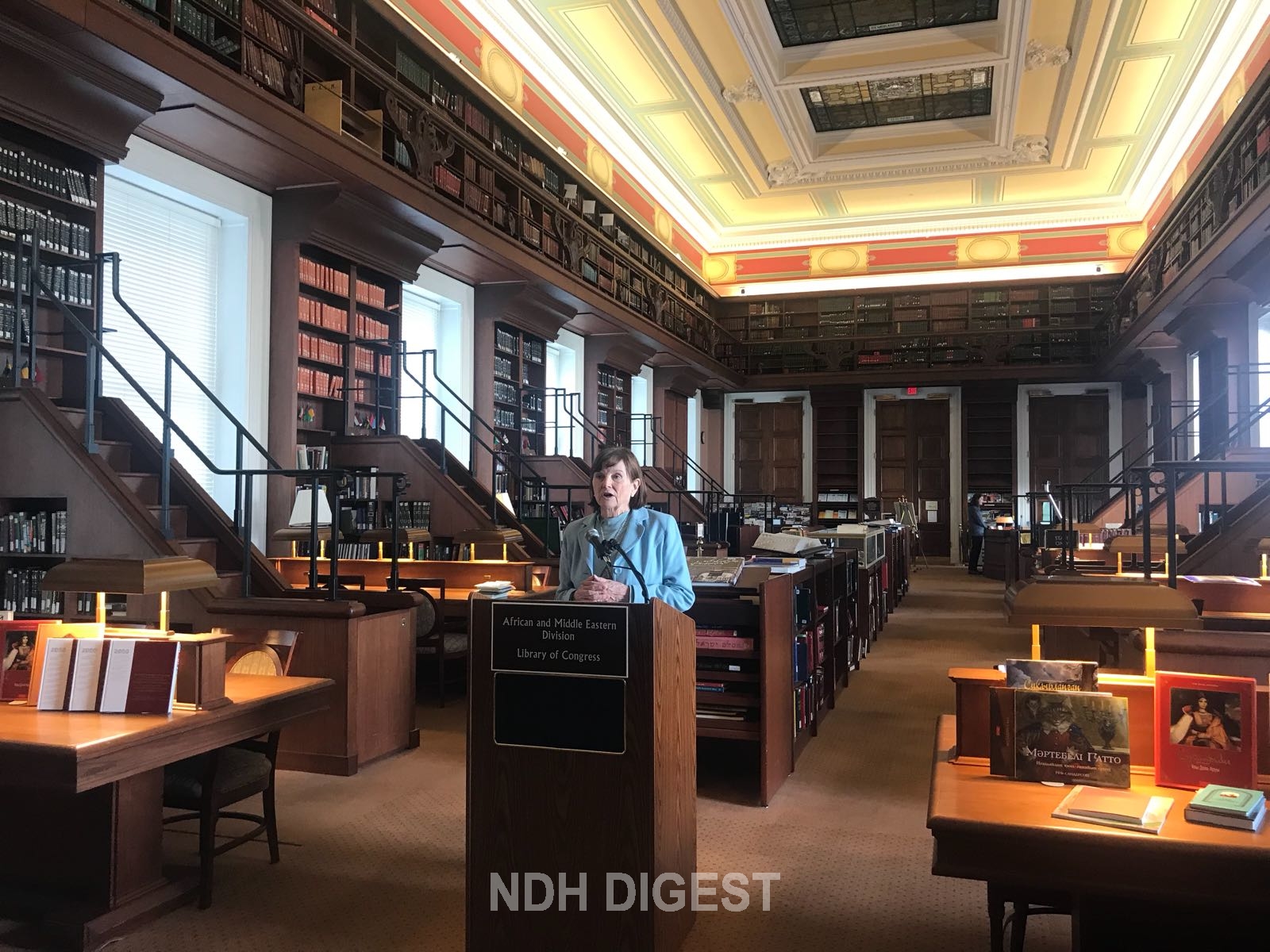 The International project “Opening of Kazakhstan literature and culture centers in National and other large libraries of foreign countries” within the program “Prospection: the modernization of public consciousness” is being implemented in the United States of America.

In one of the largest libraries of the world, in the Library of Congress of the USA will be presented books about Kazakhstan. The Library of Congress of the USA is the national library of the United States of America and the largest library of the world. Founded on 24 April in 1800, it is located in Washington. The library fund is over 156 million of publications and it provides services to over 1 800 000 readers per year.

Kazakhstan gave as a gift to the library publications in the Kazakh, Russian and English languages about the President of the Republic of Kazakhstan N.A.Nazarbayev, his works, historical and scientific literature about Kazakhstan, literary works of Kazakh poets and novelists.

And a new publication of the Head of state N.A.Nazarbayev “The Era of Independence” was presented. That is a historical journalism, which reflects the characteristic of stages of a sovereign state construction from the moment of its foundation, shows principles of making important historical decisions meeting internal and external challenges for 26 years of Independence.

Along with the book “The Era of Independence” in the Library of Congress of the USA readers can read books about the role of N.A.Nazarbayev in the world political arena, the formation of Kazakhstan as an independent state, holding EXPO, the history of transfer and construction of a new capital Astana. Through the medium of  the presented colorful publications and albums one can learn the history of Astana city from the time of Bozok to the present day, explore the historical masterpieces and sacred places of Kazakhstan, learn about the culture, national costumes, customs, sport, education and nature of our country.

The translations of the fairy tales of an American novelist and illustrator Ruth Sanderson by a young poet and novelist Bekzat Smagulov took their place among the gifts of National academic library of the Republic of Kazakhstan. The readers of the Library of Congress were presented the translations of fairy tales “Papa Gatto”, “The Enchanted Wood”, “The Golden Mare” in the Kazakh language. The books by Ruth Sanderson in the English language are in the Library of Congress of the USA. Now publications in the Kazakh language will be added to the books collection.

The head of the National academic library of the Republic of Kazakhstan Umitkhan Munalbayev, who is the initiator of the international project, notes that it is the book that united and will unite nations and continents.

It should be noted that earlier on 19 January in 2018 a similar Center was opened in New York public library with the participation of Arystanbek Mukhamediuly, Minister of culture and sport of the Republic of Kazakhstan.

Materials on theme
BAYANAUL NATIONAL PARK: KAZAKHSTAN'S PRIDE AND TREASURY
The 350th anniversary of Bukhar Zhyrau
The Priceless Philosophy of Abai
A Legend about Korkyt Ata