Home News The mosque of Tynybay 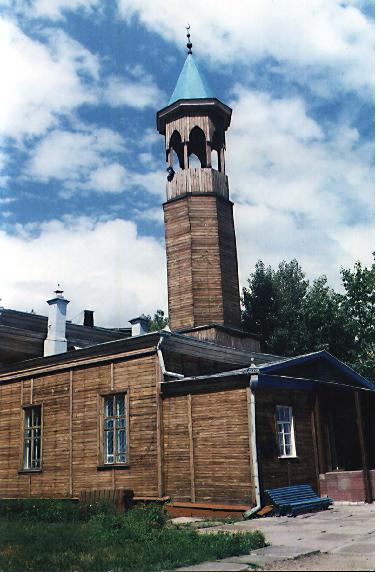 Participants of the motocross "My country" organized by the national movement "Kazakhstan-2050" visited the mosque of Tynybay, which is located in the city of Semey

Tynybay Kaukenov during the development of commodity-money relations in Kazakhstan in the first half of the nineteenth century was one of the first Kazakhs of the Semey region, which engaged in trade - he was a large merchant of the 2nd guild. He came from the "Uak" family; he was the foreman of the Koken volost. Kaukenov was admitted to the merchant class and became a philistine. At that time, all members of the philistine family could be so called.

This name in tsarist Russia officially began to be used since 1785. As a social class lower middle class represented a petty bourgeoisie. They contributed a membership fee for their belonging to the merchant class and paid taxes that went to the city budget. In addition, the interests of merchants were protected by law; special passports were issued, indicating that they were petty bourgeois. The petty bourgeois title was inherited from father to son.

According to the Russian census of population in 1897, the number of philistines reached 13386 thousand. At that time they were considered the most influential class.

Semey is a land famous for its original mosques. In the city there are ancient mosques, which are still preserved. December 15, 1872 Semipalatinsk City Duma from the Government Senate asks Slobodka on the left bank of the Irtysh to include in the city line. This is known from the materials of the Omsk archive "The case of the annexation of Zarechny Slobodka to Semipalatinsk." 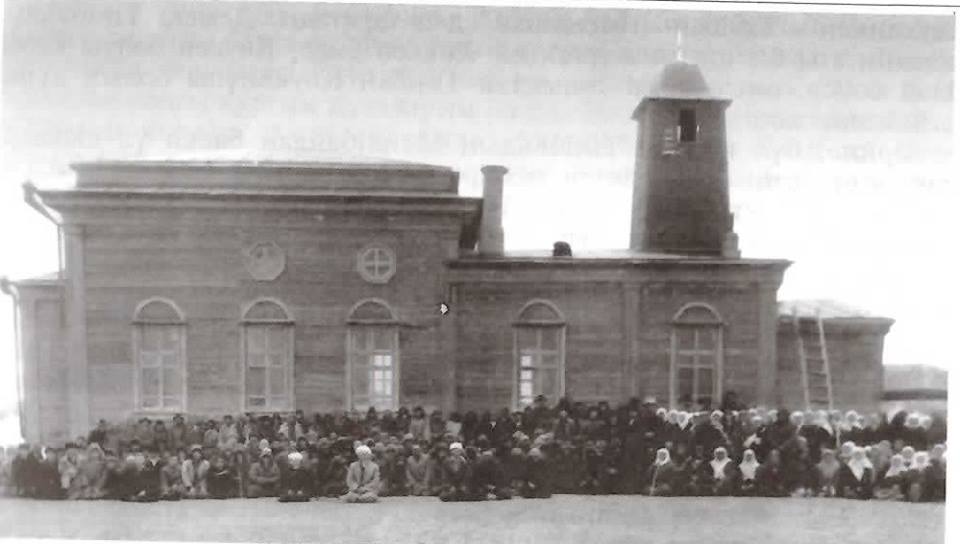 Zarechny Slobodka consists of three adjacent with the names "Tynybay", "Dzhaloman" and "Tarakty", in which there are up to 534 houses with a population of 2,686 people, mostly Kyrgyz. The government of the Senate, by its decree, granted the request of the City Duma. Part of the city on the left bank with the name "Tynybay Slobodka" is associated with the name of Tynybay Kaukenov, the Kirghiz (Kazakh) of the "Uak" family, and the merchant of the second guild of the merchant class. This is confirmed by the archival material as of August 22, 1839, "Report on the state of the Kirghiz who wander above the city of Semipalatinsk": "... one Semipalatinsk Kirghiz Tynybay Kaukenov, trading in the steppe, managed to acquire a decent capital and built a house in the city, since 1839, he became the merchant of the third guild."

Also in the archives of Kazakhstan, the archive file as of 1842, entitled "The Case of the Ranking of the foreman of the Uak Volost Kaukenov in the Merchant's Estate of the City of Semipalatinsk," was preserved. All of the above archival data confirm that Tynybay Kaukenov really lived in the city of Semipalatinsk. Being a merchant, he built an apartment house on the left bank of the Irtysh. Near the house began to build a Mohammedan prayer mosque. The architecture of the monument belongs to the type of "Siberian-Tatar" mosques; its principle of construction is very similar to the construction of monuments of the Orthodox religious architecture, when multiple axes are threaded on one axis. The difference was mainly in the dome and vertical completion, traditional for Islam. 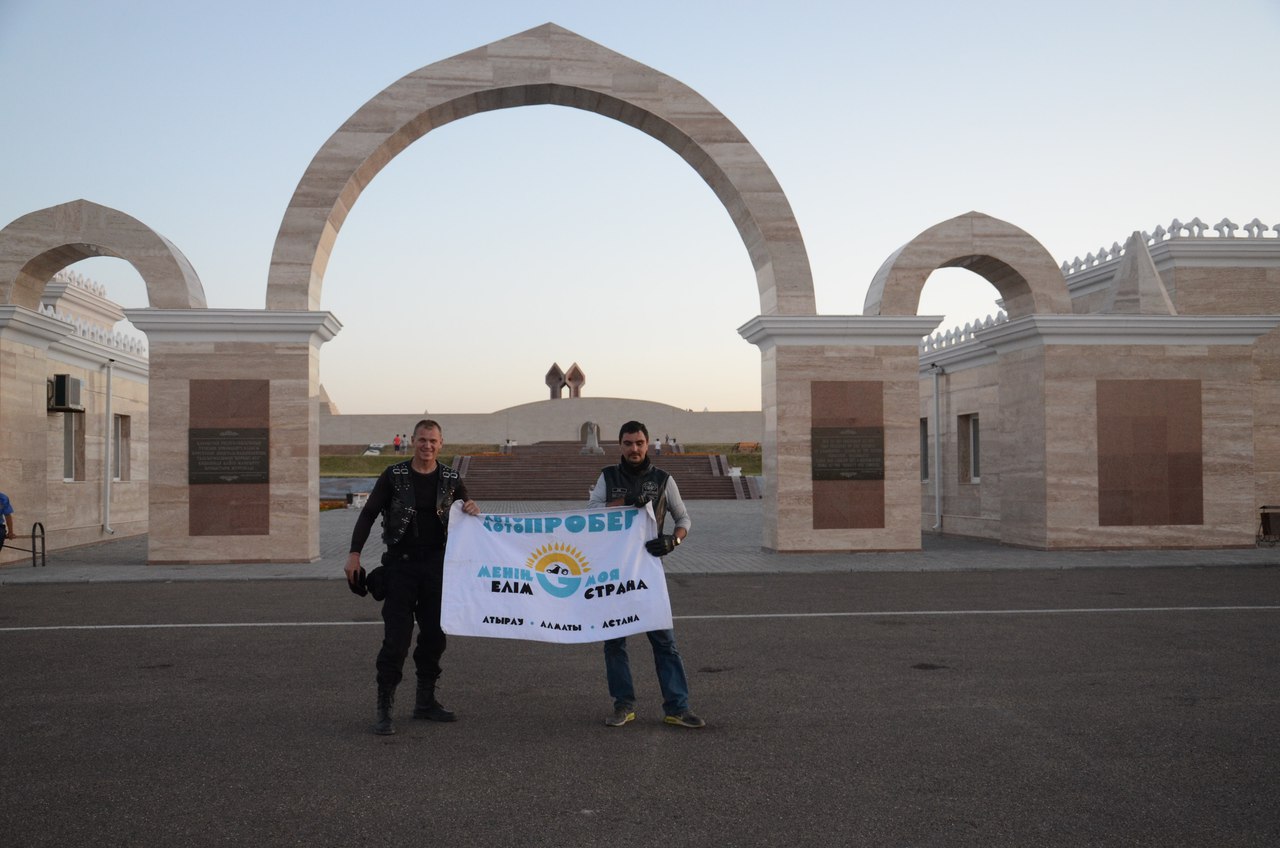 The quadrangular frame of the main volume in the Orthodox tradition, supplemented by a small quadrangular frame or octagonal structure, in Islamic architecture, as a rule, is decorated with similar superstructures with a slightly different form of dome cover. The walls of the mosque are sparingly decorated. They are enlivened by window openings of rectangular shape, as well as lucarne of the upper tier of the main volume, which serve to illuminate the room for women. Additional decors are stove and drain pipes, decorated with an intricate pattern.

Tynybay Kaukenov was acquainted with F.M. Dostoyevsky and Prosecutor Wrangel. They even visited a merchant. Chokan Valikhanov in his diaries, which he led during his famous trip to Kashgaria, wrote that Tynybay was trading with China. The Tynybay mosque is one of the few mosques that worked in the atheistic Soviet era, when religion was banned.

Use of materials for publication, commercial use, or distribution requires written or oral permission from the Board of Editors or the author. Hyperlink to Qazaqstan tarihy portal is necessary. All rights reserved by the Law RK “On author’s rights and related rights”. To request authorization email to mail@e-history.kz or call to 8 (7172) 57 60 13 (in - 1163)
Қазақша Русский English
MOST READ
Month Year
The referendum on the Constitution is a significant stage of democratization
Philosophy of the Emblem
The rural akims: the country's hope is in the elections
Kazakh historical drama Tomiris premiered in Istanbul
Stolypin about the worries and hopes of immigrants to the Kazakh steppes
ALASH IDEA IS THE PROTECTION OF KAZAKH STATEHOOD
A tireless explorer of the Kazakh land
SWITCHING TO THE LATIN ALPHABET – UNITE ALL KAZAKH PEOPLE
Kunaev Dinmukhamed Akhmedovich
People who eat horses will kill you
Kazakhstan's participation in the Winter Olympics has a long history
Rebooting a field of science and education
Recorded history of Kazakhstan. Part 1
Materials on theme
Fair "Keruen" started its work in Aktau
On the Emergence of Kazakh Ethnonym
On the Foundation of the Kazakh Khanate
Bikers and Batyr Cave