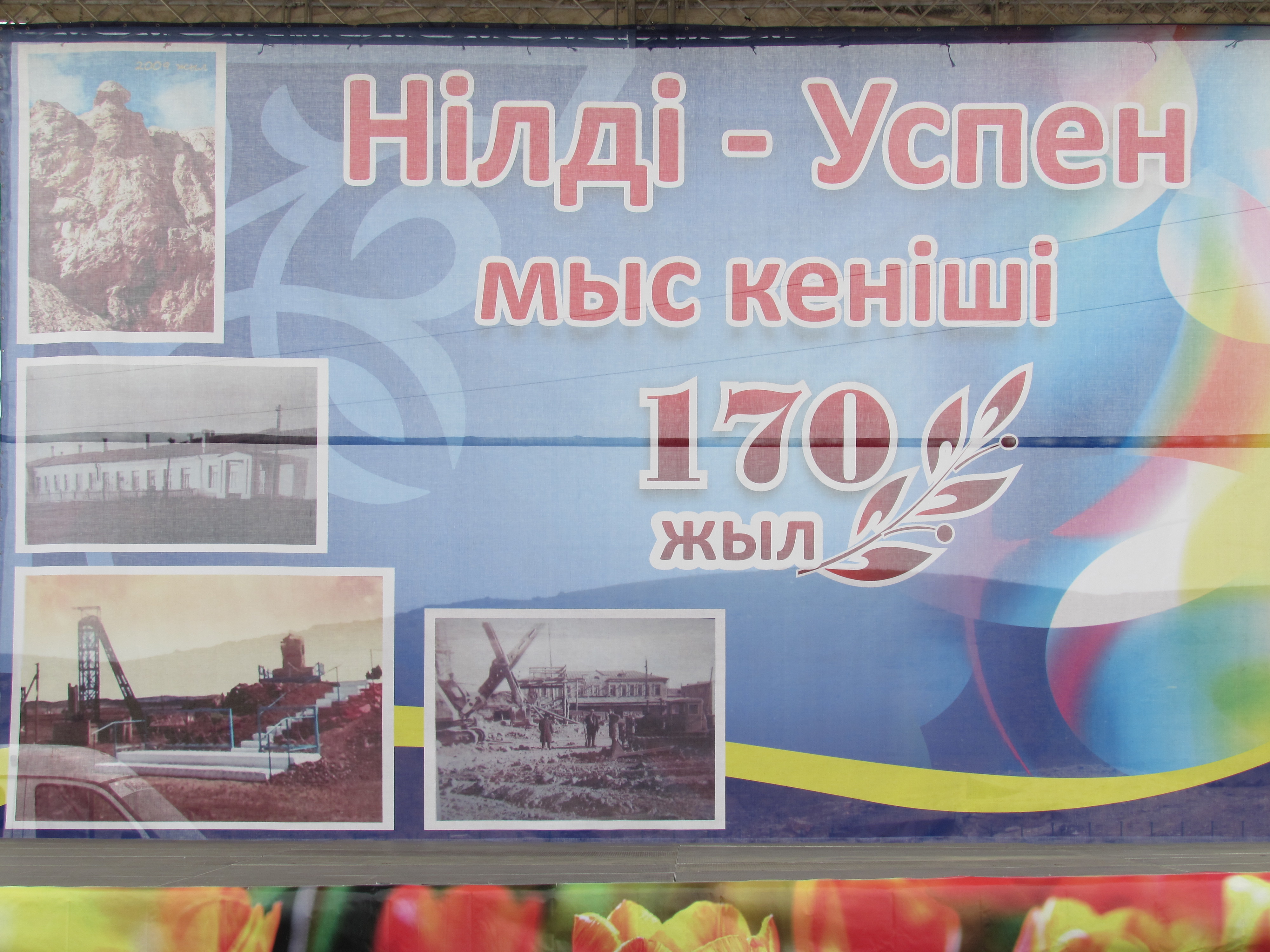 This year the aul of Uspensky or Nildi, as people call it, which means a blue stone of greenish tint or copper sulfate, celebrated its 170th anniversary

Aul is located between the two rivers Zhaksy Sarysu and Zhaman Sarysu. Everywhere around the village and the mine, you can find blue-green stones in the hilly terrain. This is copper ore.

Academician K.I. Satpayev wrote that copper ore here was mined in ancient times, counted thousands of years. Chude diggings, dumps here were very significant, and the extraction was measured in thousands of tons.

In 1847 the merchant N.A. Ushakov submitted several applications to the Akmola district order and soon acquired a number of rich copper deposits in the tracts of Nildi and Sokur-Saran. 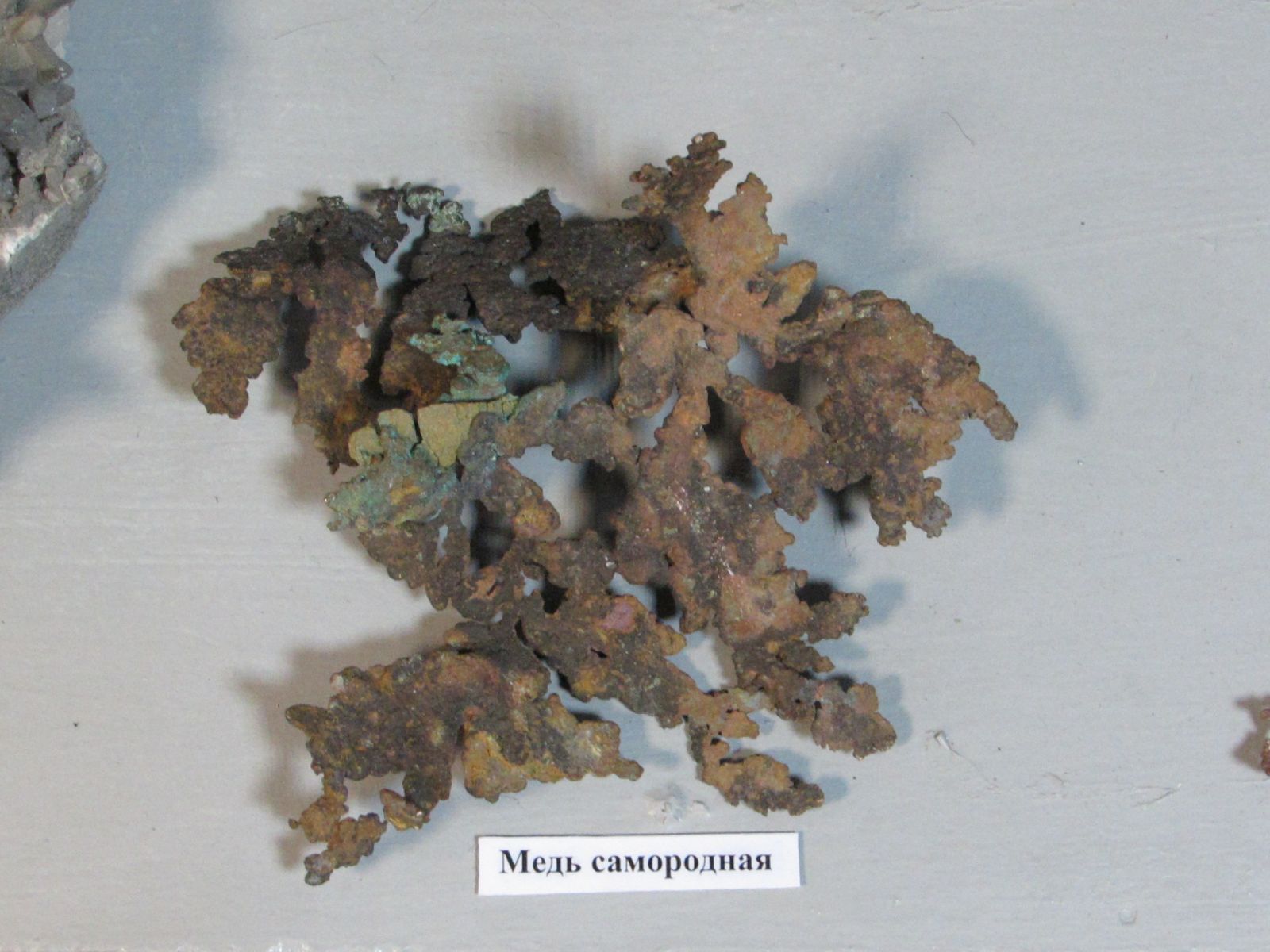 February 16, 1852 in Yekaterinburg, a company was established to develop minerals in Saran-Uspensky district. Among the participants were A.T. Ryazanov (35 shares), T.P. Zotov (35 shares), N.A. Ushakov (20 shares) and N.I. Sevostyanov. The construction of a copper smelter began. Copper was mined since 1855. The Uspensky mine was the main raw material base for copper ore for the Spassky copper smelter. The ore was delivered to the plant by Kazakhs on carts harnessed by camels, horses or oxen. In winter and summer, caravans from the supply with ore slowly moved towards the Spassky plant, where the pipes of copper smelting furnaces smoked.

Initially, at the Uspensky mine, the ore was mined by open-pit mining. The copper content in the ore was from 16 to 30%. Hard labor, a difficult financial situation, unbearable housing conditions caused massive diseases of miners. 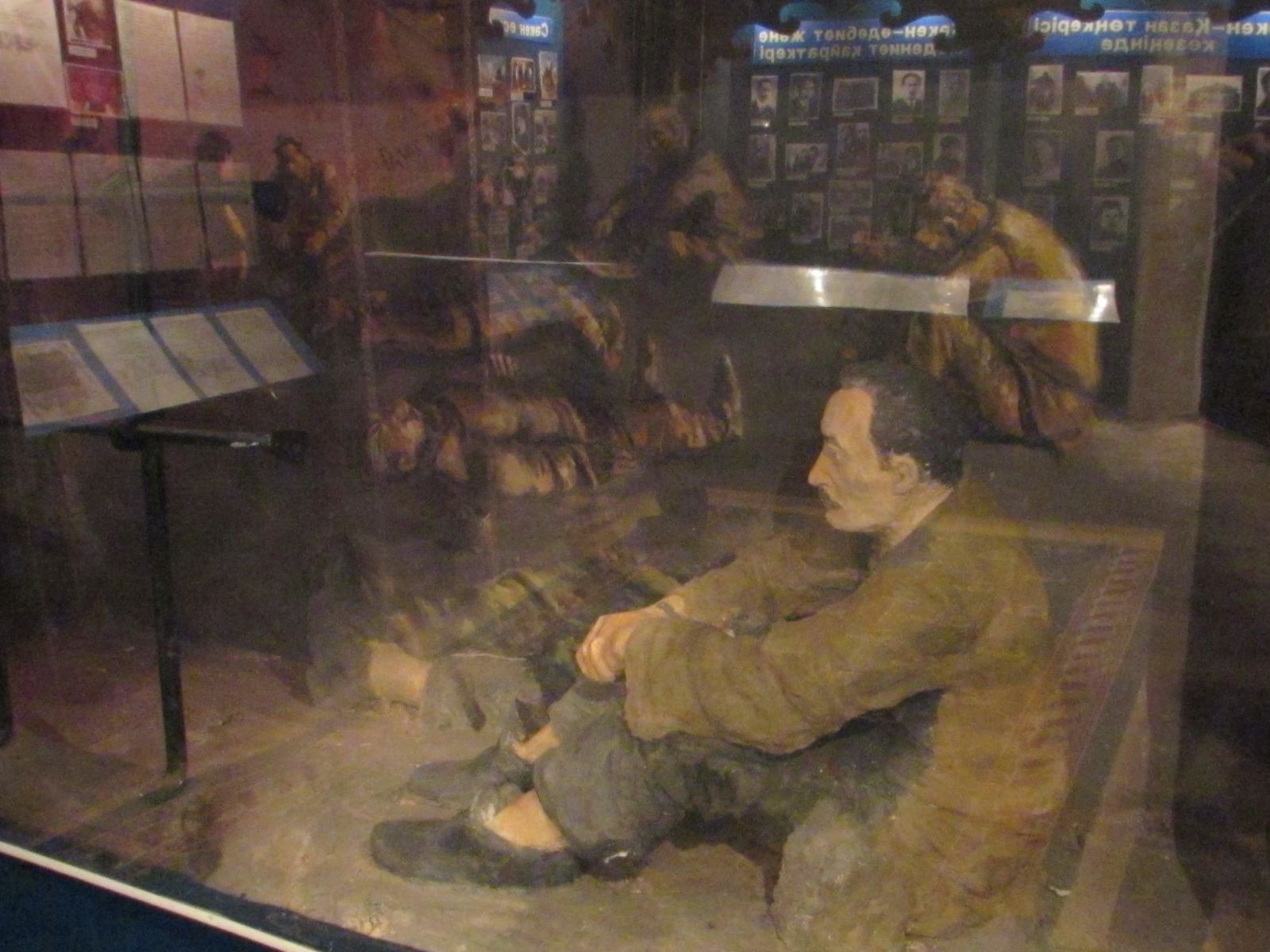 At the end of 1904, among the Kazakh workers and their children living in dugouts at the Uspensky mine, smallpox appeared. The epidemic of smallpox spread rapidly among workers who lived in barracks. The district engineer was forced to take urgent measures to prevent further spread of the epidemic. The strike of the workers of the Uspensky mine in 1905 was the most important event in the history of the revolutionary movement in Kazakhstan; it was here that the "Russian-Kirghiz Union" of workers was formed. In 1905, well-known events took place, local Kazakh and Russian workers led by Topornin made a petition to the Russian emperor. First of all, the socio-economic problems were expressed in the petition: shortening the working day, increasing wages, and improving working conditions. Not surprisingly, workers were forced to work in difficult conditions, many received professional diseases. By the time the strike began, 334 people were working at the mine, among them - 269 Kazakhs and 65 Russians. 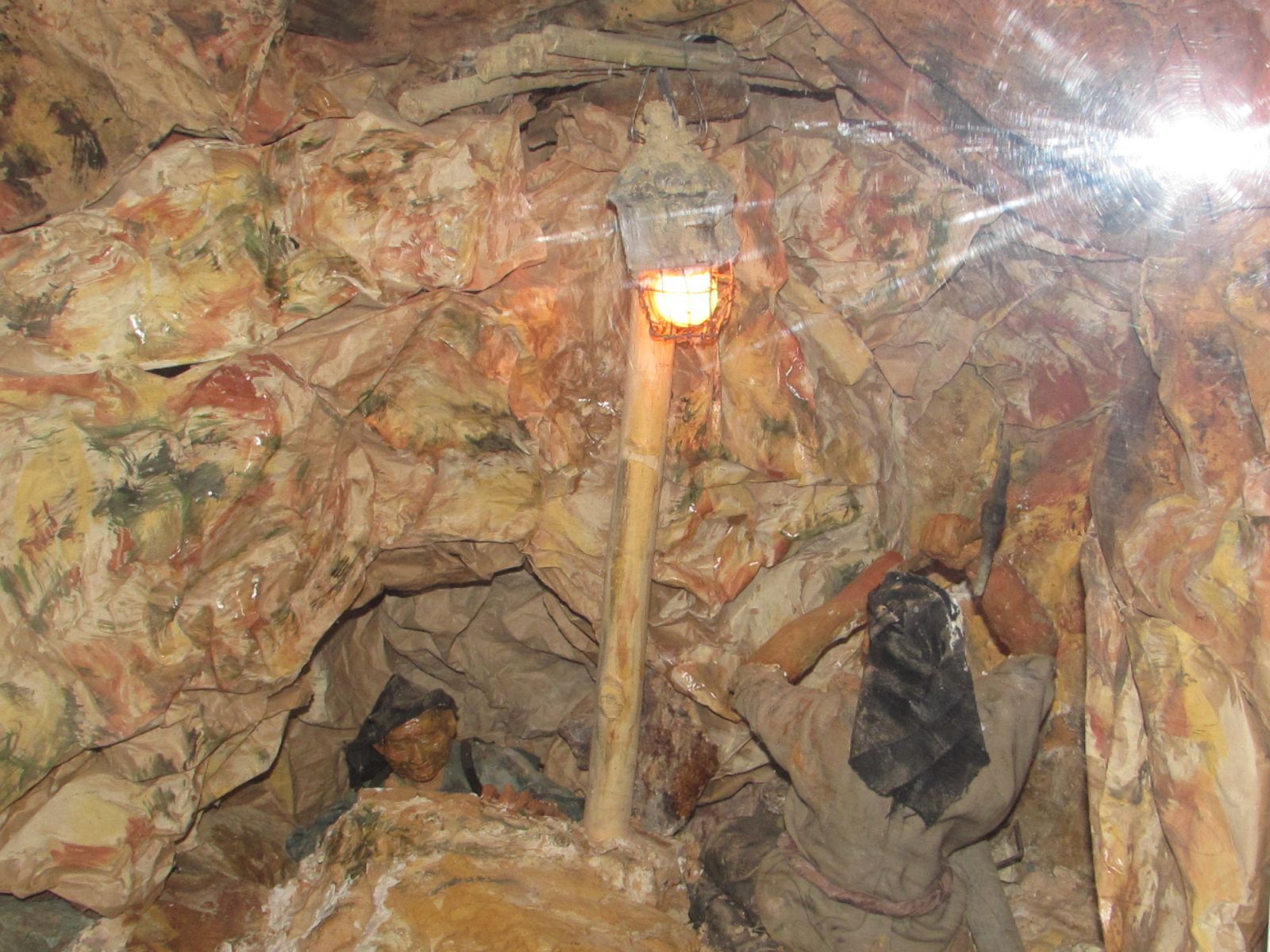 In 1907, strikes broke out in three major enterprises of the Spassky joint stock company: Spassky Plant, Karaganda Coal Mine and Uspensky Mine. The strikers demanded improvement of living conditions and strict compliance by the administration of the terms of contracts with workers. Mass unrest in the region led to some improvement in the material condition of the workers.

Since 1907 the Uspensky mine has passed into the hands of the joint stock company Spassky copper ore, financed by the London bankers. The narrow-gauge railway line "Spassky Plant - Karaganda Mining" was extended with a length of 40 versts. At the same time, remoteness from agricultural regions and underdevelopment in the province of the agrarian sector caused many problems with food supply.

By 1915, ore reserves with a high copper content had already been extracted and the issue of mining and processing of ore with a copper content of 3-7% arose. In 1915, there were 125 wintering in the vicinity of the Spassky Plant, 105 in the vicinity of the Karaganda Mine, 81 at the Uspensky Mine. They were home to many Kazakh workers who had previously worked at a copper factory and mine: drillers, coal miners, metallurgists and unskilled laborers. In 1915, out of a total of two thousand workers, there were over 1500 Kazakhs in the fields. 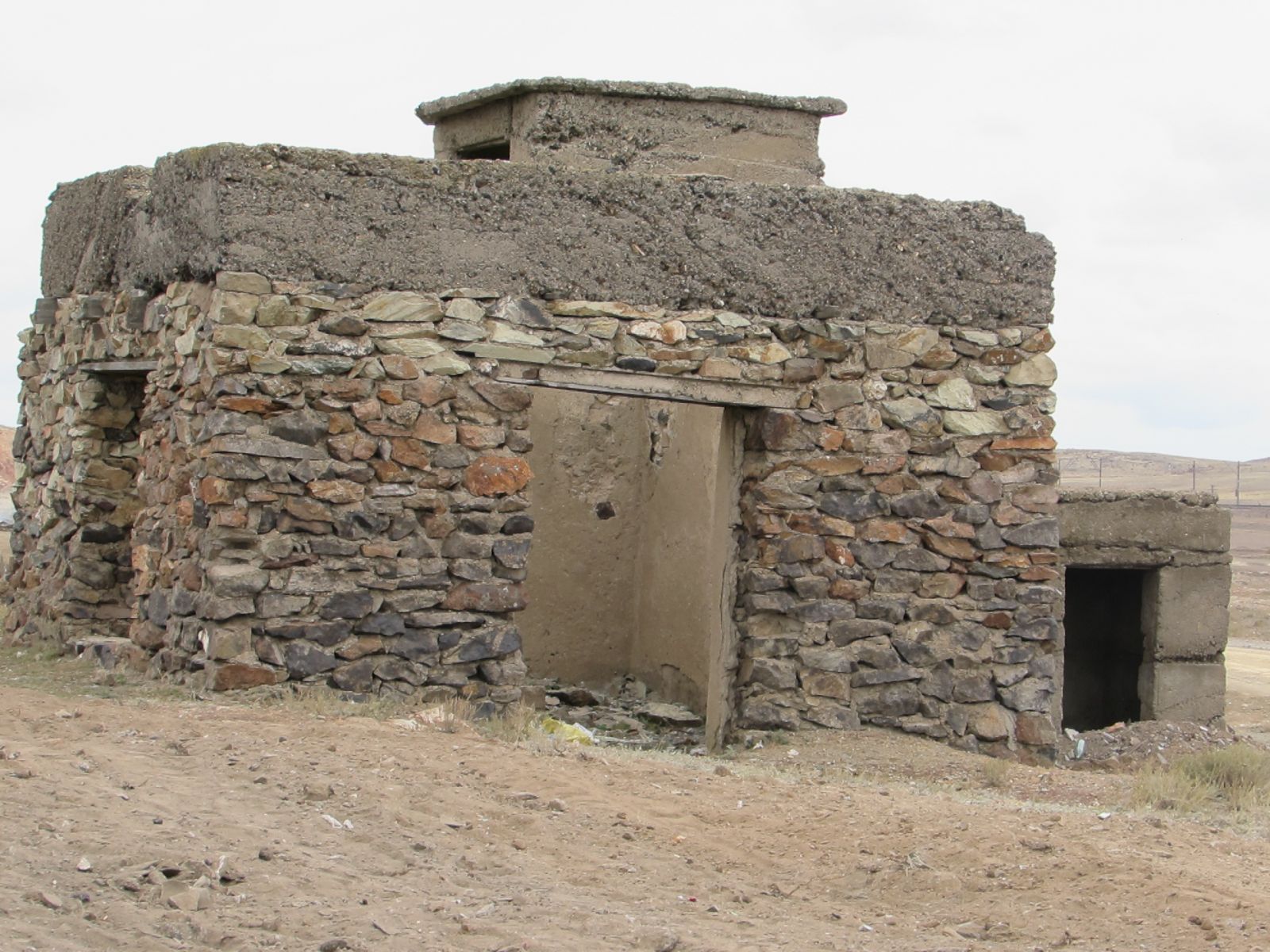 In 1914-1916, on the slope of the Dermentas hill near the river of Zhaksy Sarysu, a dressing mill was built. It was the first concentration plant in Central Kazakhstan. Ore breaking, its grinding and flotation with tar from Karaganda coal took place at the dressing mill. The production of the dressing mill was an ore concentrate with a copper content of 25-30%. The design capacity of the factory was 100 tons per day, but the actual capacity was less. The factory worked until June 1, 1919, when the fire that had arisen in two hours stopped its existence. The ruins of this factory are still visible between the stations of Zharyk and Nildi.

In 1916, more than four hundred people worked at the mine. To extract the ore, a vertical barrel with a depth of 213 m was put. A steam engine operated on the mine, carrying out work on the descent and ascent of people, ore, and cargoes through the lifting installation. The steam engine generated electricity through the generator. So the Uspensky mine at that time was the embodiment of the latest achievements of technology.

In 1917, after the revolutionary events, the plant was conserved, and the Bolsheviks who came to power nationalized the enterprise.

In June 1925, under a special resolution of the Soviet of Work and Defense of the USSR, the Uspensky Copper Mine, the Spassky Copper Smelting Plant, entered the Atbasar trust of non-ferrous metals. The leadership of the trust appointed the young Satpayev Head of the Geological Department, having assigned to him all geological exploration.

In 1928 K. Satpayev published in the journal "National Economy" an article "On the Prospects for the Development of Spassky fields", in which he raised the issue of restoring the industrial development of the Uspensky deposit, the Spassky Copper Smelting Plant. The article had a big resonance. And in 1929, under the decision of the Soviet of Labor and Defense of the USSR, the Uspensky mine began the reconstruction work. Hundreds of Kazakh families moved to the village of Uspensky, settled in barracks, got a job at the mine and at the Spassky Copper Smelting Plant. Chemical samples were taken to the chemical laboratory, and after their breaking, a chemical analysis was carried out to determine the components and, most importantly, the copper content in the ore. There were hard periods in the mine's work; the fact is that coal from Karaganda was transported by animal drawn vehicles and when the snowstorms were being blown out, the delivery of coal ceased. The steam engine stopped, the pumps did not work because of the lack of electricity, and the mine was flooded again. In winter, there were many such problems.

March 20, 1931, by the Resolution of the Presidium of the KazCEC, Karaganda district was renamed Telmanskiy with the center - Spassky Plant. 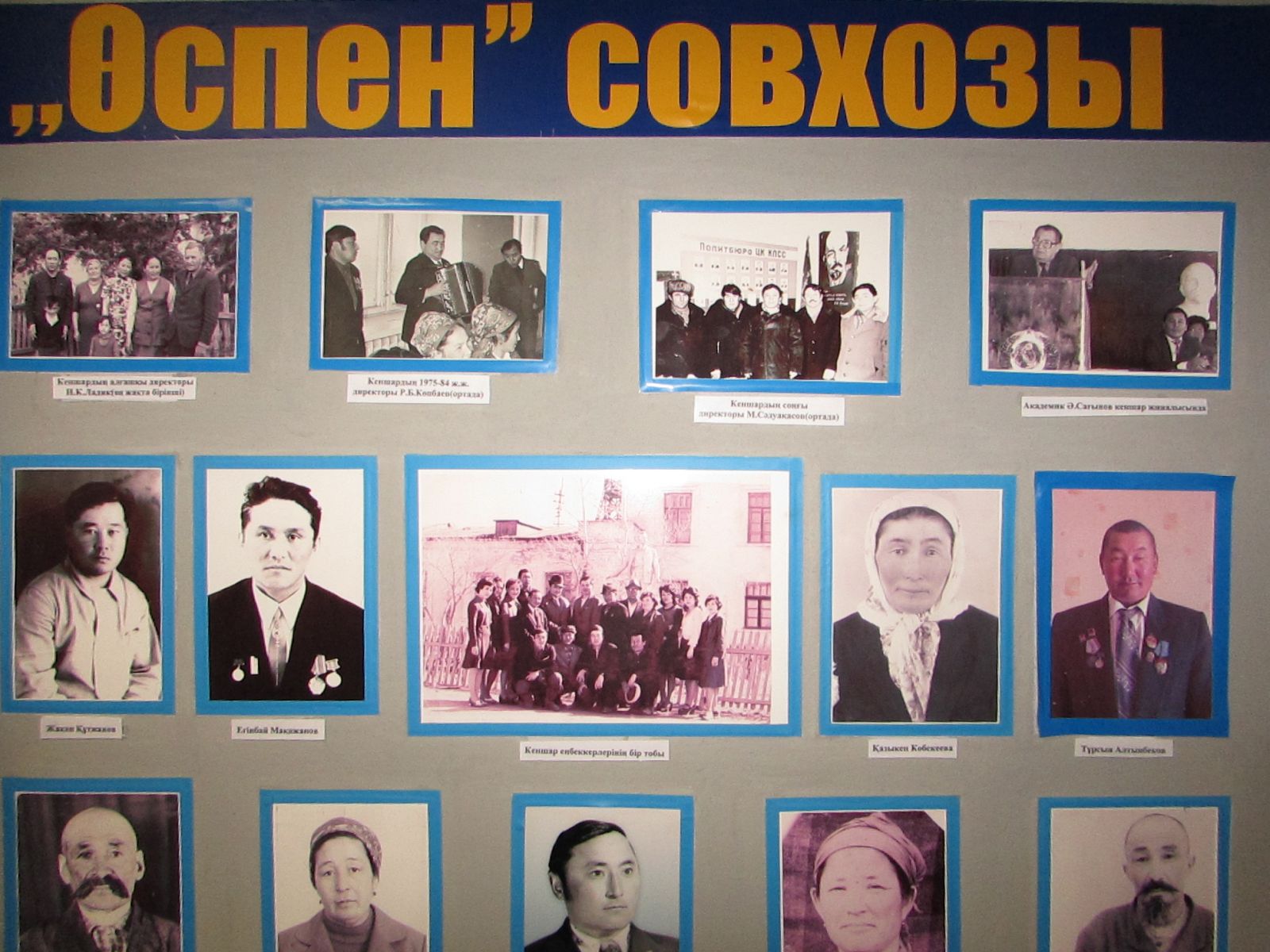 Since gaining independence, the region has fallen into decay. Even the pioneer camp, built during the Soviet era, was destroyed by local residents. Young people do not stay in the village; there is no work and no infrastructure. 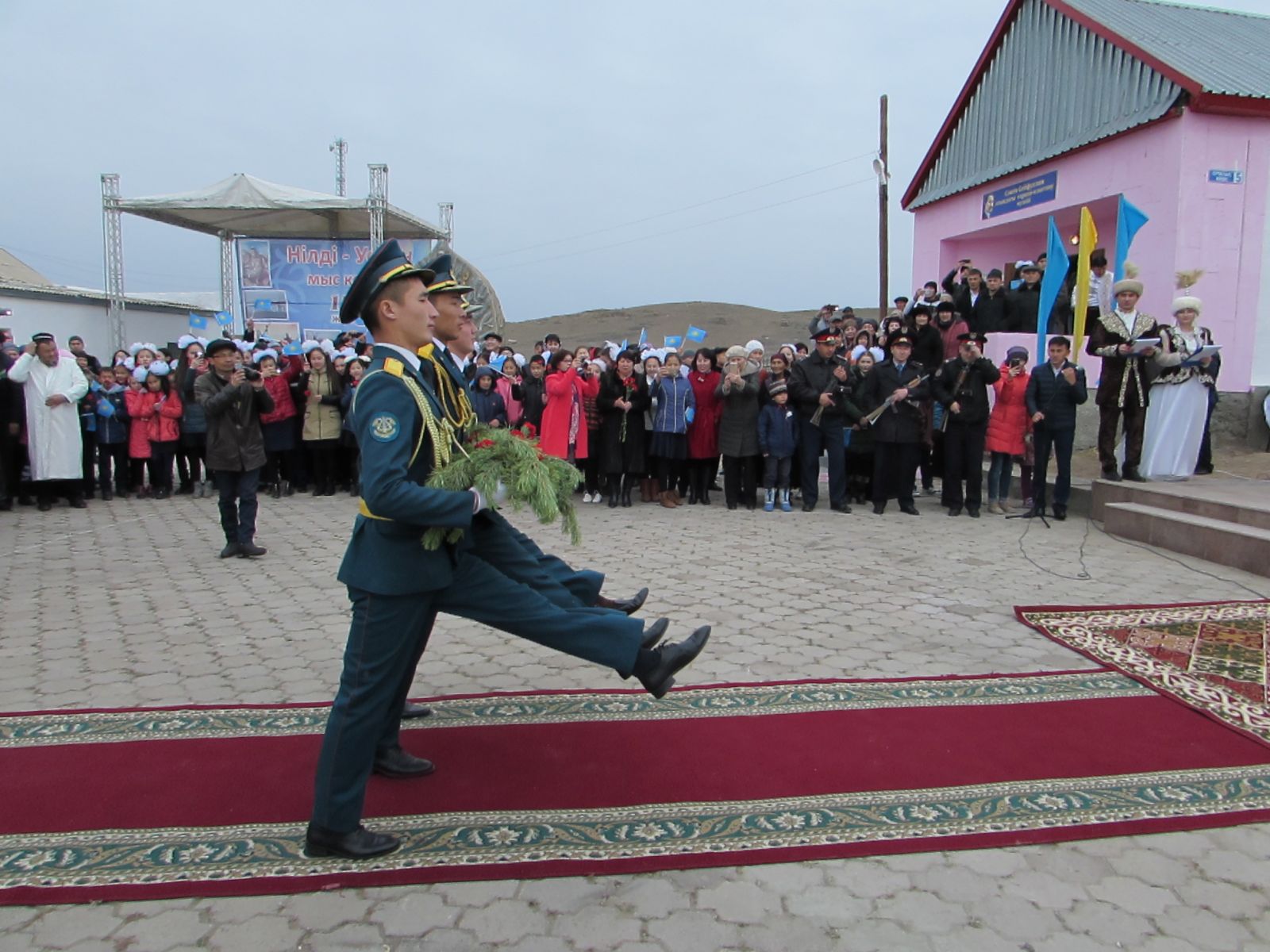 But activists and natives of this famous region do not lose heart and do not sit idle. By the efforts of enthusiasts and local patrons, jubilee events dedicated to the 170th anniversary of the Uspensky Mine were held.

By the jubilee in Uspensky a monument to the victims of the Great Patriotic War was opened. 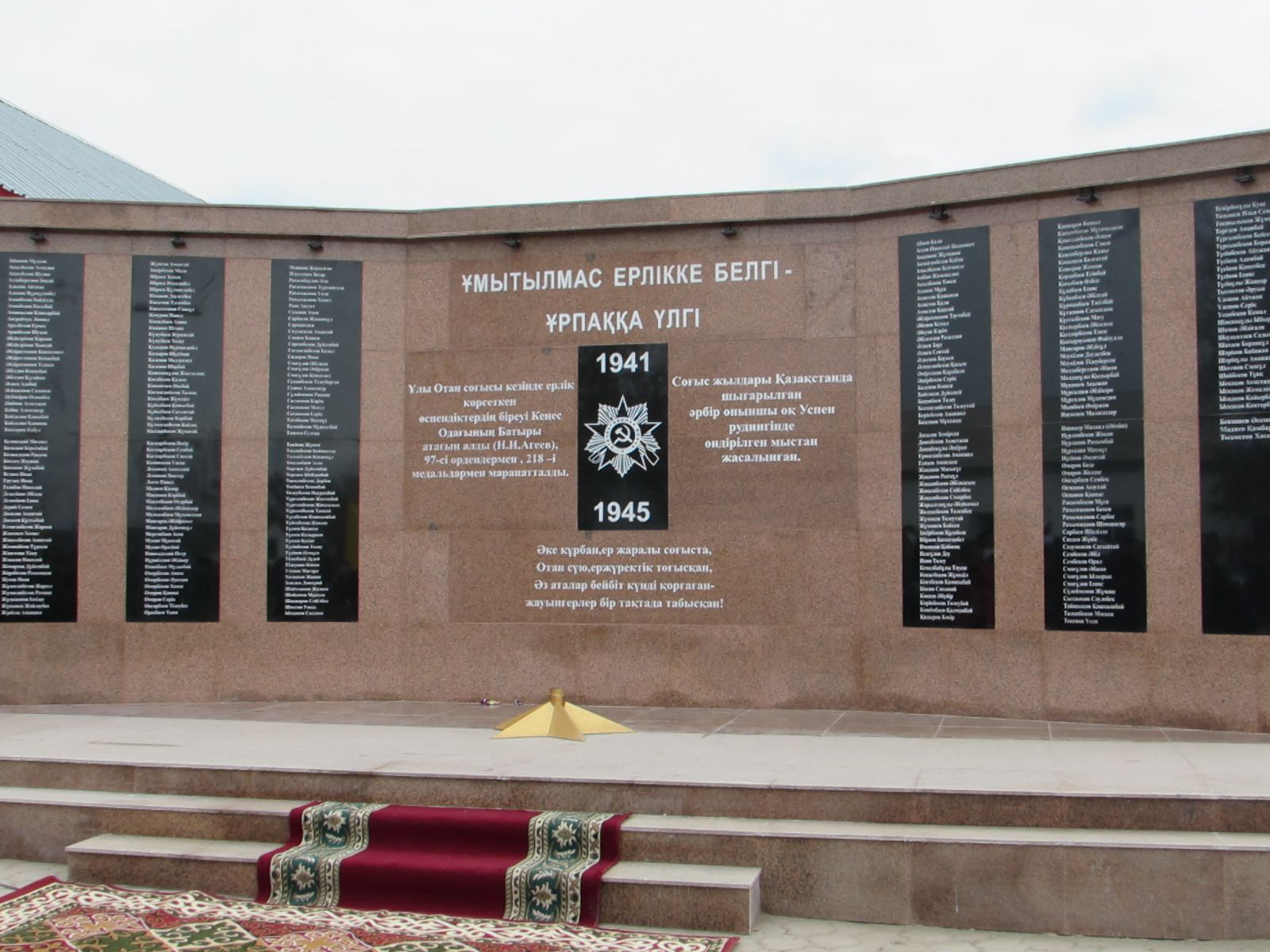 Within the framework of the festive events, the presentation of the encyclopedia Uspen - Nildi was held.

Magziyev Zhumagali Diyarovich, Director of the College of Technology and Service in Karaganda, one of the organizers of the jubilee, a native of the village of Uspensky, believes that Uspenka can be raised, investors should be attracted, and maybe even the British will remember their assets, the Spassky Copper Plant and return to Uspenka.

Sembekov Adlet, Head of the museum named after S. Seyfullin, told us that long before the discovery of the mine there were sacred places, the hill Aulietas, a spring and a stone. They had special properties due to the presence of copper. Aulietas possessed unique properties, spring water enriched with copper, healed people, completely destroying all kinds of skin diseases. During the colonial administrative reforms, Nildi volost was established. Not far from Uspenka was the Seyfullin's winter house, where Saken Seyfullin was born. After the death of Ospan, Seyfulla's father, Seyfulla was engaged in the education of Mustafa and Mukazhan. In the aul there was a Russian-Kazakh parochial school, in which Saken Seyfullin studied. Now in this school is located the museum of Saken.

The Uspensky mine played a large progressive role in the development of industry in Central Kazakhstan. It became a forge of cadres for the republic. Now this region needs attention from the executive branch. Firstly, within the framework of the implementation of the programs "Tugan Zher" and "Sacred Kazakhstan", it is possible to organize local history work on studying regional history, restoring cultural and historical monuments and, on the basis of this, to create tourist routes. Secondly, the idea of ​​restoring copper in these places is still topical. In the depths of Uspensky there are untouched tons of copper ore, gold, silver, tungsten and molybdenum. Their development would awaken the steppe near Uspenka, gave a great impetus to the development of the region.

Use of materials for publication, commercial use, or distribution requires written or oral permission from the Board of Editors or the author. Hyperlink to Qazaqstan tarihy portal is necessary. All rights reserved by the Law RK “On author’s rights and related rights”. To request authorization email to mail@e-history.kz or call to 8 (7172) 57 60 13 (in - 1163)
Қазақша Русский English
MOST READ
Month Year
Kazakh historical drama Tomiris premiered in Istanbul
ALASH IDEA IS THE PROTECTION OF KAZAKH STATEHOOD
Stolypin about the worries and hopes of immigrants to the Kazakh steppes
A tireless explorer of the Kazakh land
SWITCHING TO THE LATIN ALPHABET – UNITE ALL KAZAKH PEOPLE
Kunaev Dinmukhamed Akhmedovich
People who eat horses will kill you
Kazakhstan's participation in the Winter Olympics has a long history
Rebooting a field of science and education
Recorded history of Kazakhstan. Part 1
Historical Dates on the Bosphorus
Recorded history of Kazakhstan. Part 2
Materials on theme
Some thoughts on Kazakh philosophy
Balbal: stones imbued with meaning
The Parallels between Kazakh History and its Statehood
THE GREAT HISTORY OF THE GREAT COUNTRY