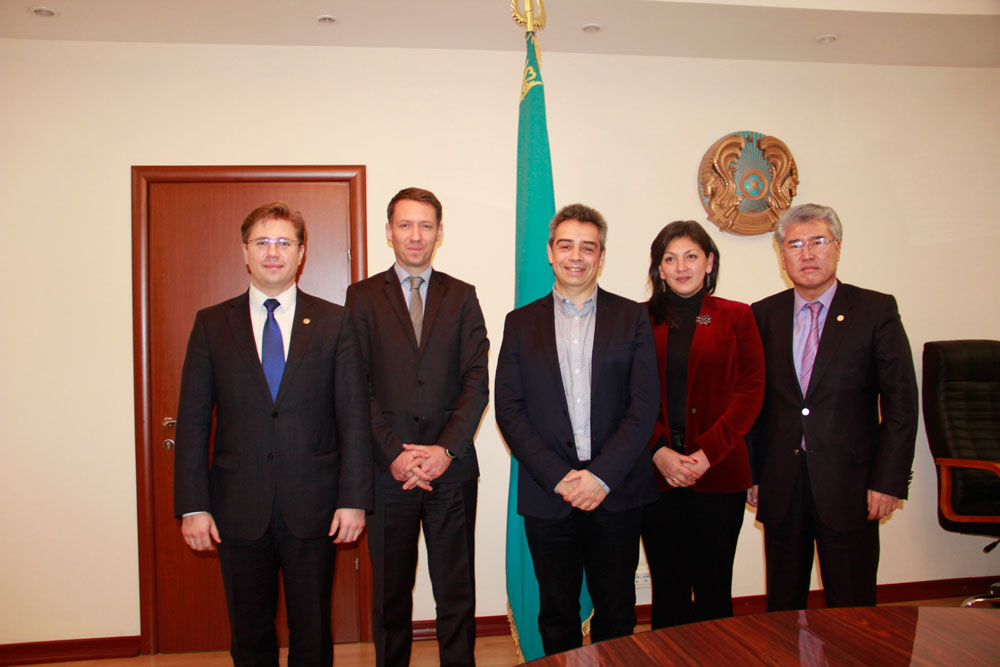 - Kazakhstan cinematography needs to hurry up, - expressed his opinion French expert Joël Chapron during the official meeting in Kazakhstan

In the first half of November Minister of culture and sports RK Arystanbek Mukhamediuly and Vice-president of the Unifrance company on Central and Eastern Europe Joël Chapron discussed the issues of cooperation of Kazakhstan and France in the sphere of cinematography, also the opening of the First official pavilion of Kazakhstan within the 70th Cannes international Film Festival.

In his greeting Arystanbek Mukhamediuly thanked the French guest for participation in the work of round table “View of French film experts on the topical problems of Kazakhstan cinematography”, which was held in Astana.

“As you already know, we did a huge job on the working out of the draft of law on cinematography in Kazakhstan. The document comprises the wide range of issues from means assignment for the creation of the film to its eventual film distribution  and storage. We must say that at the development of the given important document we carefully studied the colossal experience of France in the field of development of national cinema and found a lot of useful and needy for us”, said the minister.

“Cannes cinematography which will celebrate its 70th anniversary next year is one of the most prestigious world cinema arenas. The studio “Kazakhfilm” and private companies not once took part in the work of the Cannes Festival, but till now our country does not have its own national pavilion. We hope to open it next year and hope for your help in this significant issue”, expressed his opinion the head of the Ministry of culture and sports.

In his turn, Joël Chapron expressed gratitude to Kazakhstan colleagues to express thorough support to Kazakhstan cinematography with which he is familiar firsthand. 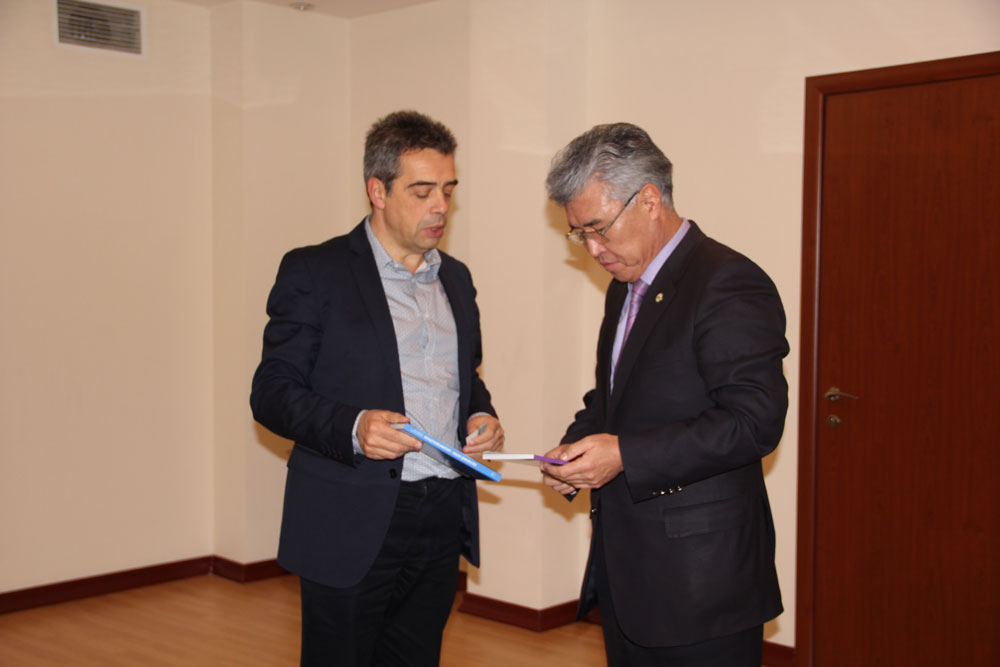 “I came not for long, but I am really glad for possible assistance. Today at the round table I had a wonderful opportunity to converse with Kazakhstan students and specialists in the sphere of cinema. I believe that the adoption of Law on cinema is a smart move which today Kazakhstan can not postpone for no reason. Kazakhstan cinematography has to hurry with this issue”, said J.Chapron.

Also, French expert added, “It is necessary to regulate relations among customers, creators, film distributors and other interested individuals while Kazakhstan cinema is at that stage, while not everything is not built yet”.

According to Joël Chapron potential opening of Kazakhstan pavilion at the Cannes Film Festival in jubilee year will become historical event, “Opening of the pavilion has a special meaning not only for the cinematography in Kazakhstan, it is important for the promotion of prestige and image of the country”.

Press Service of the MCS RK