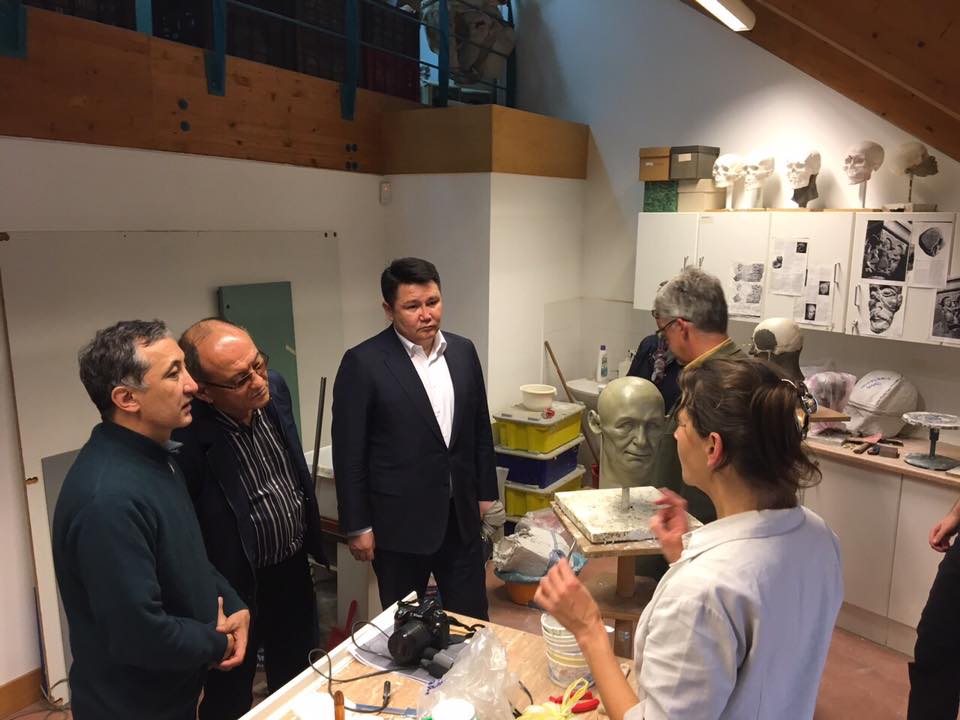 On October 13, 2016 Keiki Batyr’s skull remains were taken to the Budapest city, said on his Facebook page Extraordinary and Plenipotentiary Ambassador of Kazakhstan to Hungary N.T. Rustemov.

At the Hungarian Natural History Museum in the meeting of General Director Zoltan Korshosh and Director of the Central State Museum of RK Nursan Alimbay took place. Hungarian side took Keiki Batyr’s skull remains for DNA analysis and reconstructions of the image of the Kazakh people national hero.

Head of the Department of Anthropology in the Museum Agnes Kushtar took charge of the work on the image reconstruction. 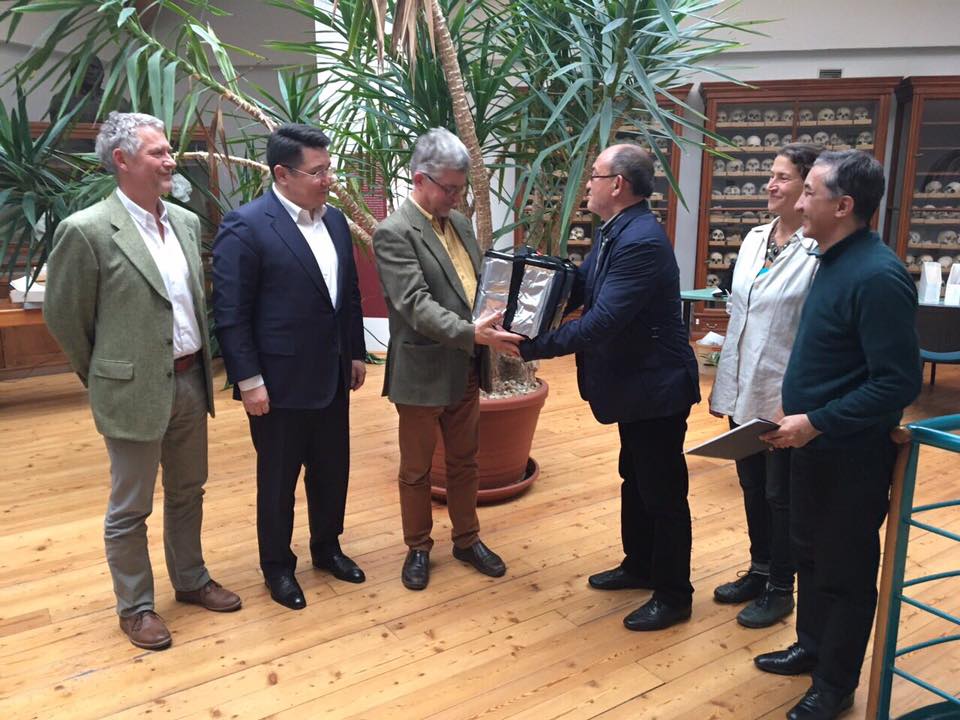 Returning of Keiki Batyr’s skull remnants and reconstructions of the image are important in the historical context for the whole Kazakhstan, said N.Alimbay. General Director of the Museum Zoltan Korshosh thanked the Kazakh side for the honor and assured that the Hungarian experts do their best using the latest achievements in modern science.

It is worth mentioning that the Hungary Museum of Natural Sciences, celebrated 214th anniversary this year. It stores about 10 million exhibits. Anthropological Department of the Museum conducted more than 70 works on the facial reconstructions, including the appearance of Abul Khair Khan. Hungarian anthropologists plan to finish work on the reconstruction of Keiki Batyr appearance until the end of 2016.