The world without nuclear weapons 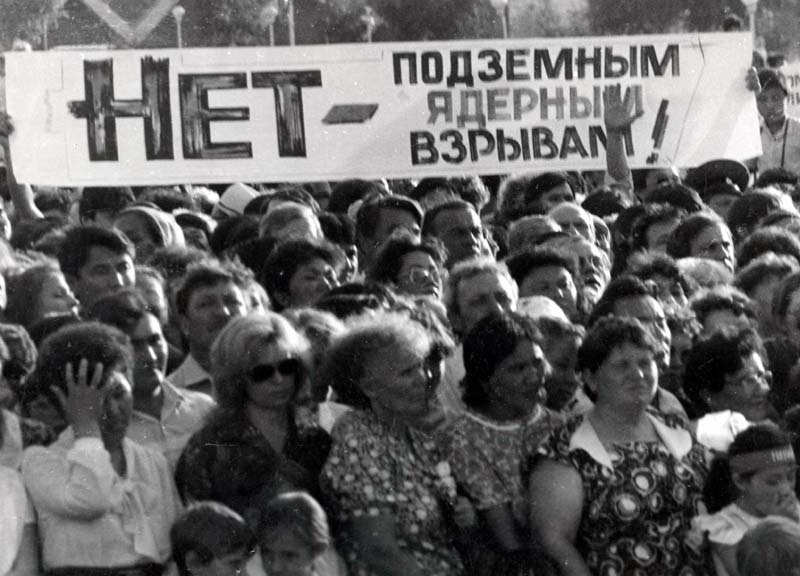 On August 24, a round table ‘The world without nuclear weapons’ will be held at ‘Astana’ National Art Gallery.

The aim of the event is formation of young Kazakhstan people’s idea about peace-loving policy of Kazakhstan and upbringing of patriotism and love to the country.

456 nuclear explosions were made in 40 years at Semipalatinsk test site. More than half a million people suffered from the effects of nuclear testing, radiation contaminated a huge territory of Kazakhstan. At the initiative of N.Nazarbayev and the UN General Assembly, 29 August was declared International day against nuclear testing in 2009 and since then, it is celebrated annually by the international community.

The Honorable Goodwill Ambassador of ‘ATOM’ Project, an active participant of the movement against nuclear weapons, an artist who paints in a special way — Karipbek Kuyukov will take participation in the work of the round table. The Chairman of Astana Artists Union T.Ermekov, honored workers of the Republic of Kazakhstan Mukhamediyev K., Baigaliyev T., Junussov R., who reflected the theme of nuclear tests in their works will participate in the round table as well.