Home News As Akmola was restored

As Akmola was restored

In all the regions of the former Soviet Union in the early 1990s was carried out a large-scale process of restoring the original names of cities, villages, auls and other toponymical objects

25 years ago, July 6, 1992, the Supreme Council adopted a resolution on the restoration of the historical names of the Ural, Tselinograd, Chimkent regions and the city of Tselinograd. In the central republican and regional newspapers, this event was commented on by Deputy Prime-minister, Chairman of the State Onomastic Committee under the Cabinet of Ministers M. Zholdasbekov and Chairman of the Parliamentary Committee on National Policy, Culture and Language Development A. Kekilbayev.

Myrzatay Zholdasbekov noted that the initiative to return the historical name to the city on Ishim was based on the population who expressed a desire to return to the city with a century and a half the real name.

The name "Tselinograd" on the map appeared in 1961, representing a typical example of a totalitarian toponymy that ignores people's opinion. But the name of settlements as a language and culture is a national treasure, requiring careful treatment.

These and other convincing arguments were brought by the head of the regional administration A.G. Brown, having addressed to the state onomastic commission with the offer on restoration of the historical name of the city of Tselinograd and Tselinograd area accordingly of the city of Akmola and Akmola region.

In society there was an opinion that the renaming of populated areas is nothing more than a general fascination with the newly emerged "democrats". Therefore, renaming - it's just a reckless waste of public funds for nothing at such a difficult time for the state. It is better to wait for rich times – that is another matter. 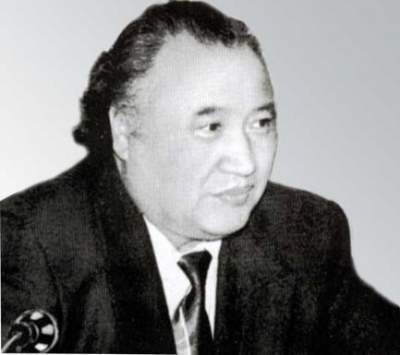 Abish Kekilbayev replied that this process is not motivated by fashion, but truth, the need for which is growing every day. And this can not but rejoices him as a people's deputy and as a writer. You can saturate the market with good goods, feed people, but with the loss of historical memory, we all, regardless of the color of skin and the cut of the eyes, will become Mankurt in dressed clothes and with full stomachs.

The most dangerous is the spiritual vacuum. And contact with the history of the people is a real holiday for any normal person. Whoever denies this truth, he vegetates in self-isolation. The name of toponymical objects is an integral part of history, and we, Kazakhstanis, should know it well. For without the past there is no present.

When discussing this issue, the members of the Presidium of the Supreme Council noted that renaming the regional center does not mean that the role of the virgin lands is not diminished. We pay tribute of deep respect to their enviable fate: monuments to labor heroism - state farms, villages, avenues and streets, parks, palaces of culture.

The note on costs also did not remain unanswered. With our extravagance, we spend much more on less noble matters, the Chairman of the Committee noted.

Local authorities in their daily work need to keep in view the questions of onomastics. To be guided by the principles approved by the state onomastic commission of ordering geographical names and renaming the names of settlements, as well as state and administrative-territorial objects. Let me remind you that in the first place, the objects that appeared on the map of the republic during tsarist colonial policy, as well as the excesses of general collectivization, the cult of personality, stagnation, are to be abolished and replaced by original names. These excesses, as you know, are most affected, or rather hit across Kazakhstan. 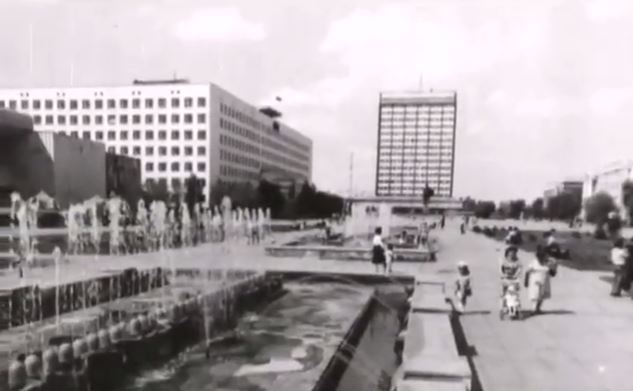 The fact that renaming, returning the original name to a toponymical object causes misunderstanding among a part of the population is a common misfortune. Our historians, ethnographers, demographers, writers should help all Kazakhstanis to free themselves from post-totalitarian stereotypes of thinking that divide history into their own and others'. For example, some deputies would know that the “Ak-Mola” in this historical context is not counted as a "white grave," but it means the most sacred shrine, you see, there would not be fruitless disputes. And one word would be more in the vocabulary of a Kazakh who wished to learn the language of his neighbor, the language of his brother. Therefore, everything must be done taking into account the special delicacy of this issue.

Guests and business people from the CIS countries are surprised at the conservatism of deputies of various levels in matters of onomastics. For a long time in Kazakhstan, many institutions, streets, villages and cities bore the names of "outstanding" figures, on whose conscience the lives of millions of people, representatives of all the peoples of the former USSR. What prevented the deputies from taking a more radical position when it came to restoring the historical memory of the people? Perhaps these processes were slower than in other places. To any issue related to the renaming of toponymical objects, we need a balanced approach. According to A. Kekilbayev, it would be more accurate to say that

"we do not rename, but restore the original names, thereby contributing to the process of de-ideologization."

Work in this direction was ahead of the whole country. For example, in each locality there were streets of Lenin, Kirov, Kalinin, Dzerzhinsky, and somewhere in two. For example, in Alma-Ata in Frunze and Moscow districts, near to each other were Lenin Avenue and Ilich Street.

Of course, the life of any statesman requires reflection, so the deputies should not have fussed. It is easier to remove, take out, rename, rather than get to the truth.

A thoughtless repetition of the steps of the "radicals" of other former Soviet republics could lead to unpardonable mistakes. Abish Kekilbayev expressed confidence that Kazakhstanis will restore historical justice by common efforts. There is no other way to a civilized society. The Chairman of the Commission of the Supreme Council thanked everyone who took an active part in the restoration of the original name of Akmola, South Kazakhstan and West Kazakhstan Oblasts.

Below is the text of an official document

Resolution of the Presidium of the Supreme Council of the Republic of Kazakhstan “On the restoration of the historical names of the Ural, Tselinograd, Chimkent regions and the city of Tselinograd”

Also, without taking into account the opinion of the population and local authorities, the Akmola region that existed since October 14, 1939, was abolished and restored to its former borders under the name Tselinograd Oblast, and the city of Akmolinsk, which had existed since 1832, was renamed Tselinograd.

Based on the decisions of the Ural and Chimkent regional Soviets of People's Deputies, the representations of the chairman of the Ural Regional Council of People's Deputies, the heads of the Ural and Tselinograd regional administrations, the conclusion of the State Onomastic Commission under the Cabinet of Ministers of the Republic of Kazakhstan and with the aim of restoring historical names, the Presidium of the Supreme Council of the Republic of Kazakhstan decrees:

Decree of the Presidium of the Supreme Soviet of the Kazakh SSR of March 20, 1961 "On the renaming of the city of Akmolinsk the city of Tselinograd"

Article 2 of the Decree of the Presidium of the Supreme Council of the Kazakh SSR of May 3, 1962 "On the formation of the West Kazakhstan and South Kazakhstan Territories in the Kazakh SSR"

Chairman of the Supreme Council of the Republic of Kazakhstan S. Abdildin

Author: Arman Suleimenov
Use of materials for publication, commercial use, or distribution requires written or oral permission from the Board of Editors or the author. Hyperlink to Qazaqstan tarihy portal is necessary. All rights reserved by the Law RK “On author’s rights and related rights”. To request authorization email to mail@e-history.kz or call to 8 (7172) 57 60 13 (in - 1163)
Қазақша Русский English
MOST READ
Month Year
Kazakh historical drama Tomiris premiered in Istanbul
ALASH IDEA IS THE PROTECTION OF KAZAKH STATEHOOD
Stolypin about the worries and hopes of immigrants to the Kazakh steppes
A tireless explorer of the Kazakh land
SWITCHING TO THE LATIN ALPHABET – UNITE ALL KAZAKH PEOPLE
Kunaev Dinmukhamed Akhmedovich
People who eat horses will kill you
Kazakhstan's participation in the Winter Olympics has a long history
Rebooting a field of science and education
Recorded history of Kazakhstan. Part 1
Historical Dates on the Bosphorus
Recorded history of Kazakhstan. Part 2
Materials on theme
Michaelis - a spiritual mate of Abai
Holodomor in Kazakhstan. New terrible facts were found in the archives
Secrets of Balbaltas
Hunger and children