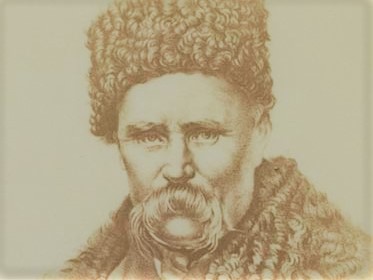 If Abai is an unsurpassed great poet of the Kazakh steppe, then Ukraine does not have a brighter personality than Shevchenko - one of the unifying spiritual ties for the Ukrainian and Kazakh peoples

Taras Shevchenko left a notable mark not only in Ukrainian culture, but also in Kazakh. He was a talented poet, prose writer, artist, and an outstanding thinker. He spent 10 years on the Kazakh land, being in exile under the tsarist decree. These years were the most difficult in his biography, but at the same time very fruitful. He was able not only to realize himself as a creative person, but also brightly captured and sang the life of the Kazakhs.

Taras Grigoryevich Shevchenko was born in 1814 in the village of Morintsy of the Kiev province (now Cherkassy region, Ukraine), in a large family of a simple peasant Grigory Shevchenko. According to family legends his ancestors were free people - Cossacks, who served in the Zaporozhian host.

His family lived poorly. At the age of 9 he was left without a mother, and two years later his father died. Taras had to serve rich people. Being very talented, he soon learned to read and write.

Working at the landowner Engelhardt, young Taras was fond of drawing, tried to copy pictures of great masters of painting. At the age of 15, Taras went with his landowner to Vilna (now Vilnius, Lithuania), where he stayed for two years and tried to attend lectures on the art of drawing.

Soon Engelhardt moved to Petersburg and took with him Taras Shevchenko. Realizing how profitable it is to have a court painter, he gave him "to science" to the master of painting Vassily Shiryaev.

In St. Petersburg, Taras began to write poetry, met with democratically minded and influential cultural figures. They, having seen a rare talent in young Shevchenko, bought him out of serf bondage.

From 1838 to 1845, T. Shevchenko studied at the St. Petersburg Academy of Arts, showing outstanding abilities in painting. His teacher was one of the largest Russian painters Karl Bryullov. In the years of study, Shevchenko read a lot, was fond of history and philosophy, and was formed as a poet.

He traveled a lot around Ukraine, collected folklore and ethnographic material, sketched historical and architectural monuments, and practiced poetry.

In 1846 he joined the Cyril and Methodius Brotherhood - a secret political organization. In the spring of next year, the collection of poems of the poet "Three Summers" came into the hands of the police, in which the anti-popular state system of the Russian Empire was sharply exposed. He was arrested in Kiev and sent to St. Petersburg under escort. He was accused of trying to revive the power of Ukrainian hetmans and create a separate Ukrainian state.

In the summer of 1847 by the tsarist decree of Nicholas I, Taras Shevchenko, at the age of 33, was exiled to Kazakhstan in a separate Orenburg corps as an ordinary soldier "under the rigorous surveillance of his superiors, with the prohibition of writing and drawing."

He served in Orsk fortress (now Orsk, Russia). Being on heavy military service for the first year and a half, Shevchenko continued to stealthily write poetry and draw. In the works of the poet and artist almost from the first months of exile, the surrounding reality is reflected - the nature of the region and the life of Kazakhs, whose nomadic places were located near the fortress. Watching the life of the Kazakh people, Taras Grigoryevich in his letters to friends expressed his passionate desire to reproduce it in the drawings. He made sketches, studied Kazakh legends and songs, independently mastered the language of the steppe people.

In 1848-1849 Taras Shevchenko took part in an expedition to study the Aral Sea under the command of Lieutenant-Commander A. Butakov. He was instructed to sketch the views of the Aral coast and the local population.

Upon returning from the expedition, Shevchenko was obliged to return to the place of the soldiers' service. Thanks to A. Butakov's petition, he lived for some time in Orenburg, he put in order the sketches made during the expedition.

However, on the denunciation of one of his colleagues, he was again arrested in the spring of 1850, kept in custody for several months, and then sent to continue his service to the most remote garrison - Novopetrovsk fortification (now Fort-Shevchenko, Kazakhstan, on the Mangystau peninsula).

It was here that until August 1857 the heavy soldier service of the Ukrainian poet and artist continued.

The exile to Kazakhstan became for Taras Grigoryevich not only a time of severe deprivation, but also a period of spiritual growth, creative achievements.

His ten-year exile undermined health, broke physically, but did not shake the spiritually great poet, did not extinguish the fire of his rebellious soul, did not tame the poetic muse, did not clip his wings as a fighter. He proudly declared: "I suffer, but I do not repent!"

The exile poet and artist Taras Shevchenko was keen on the culture of Kazakhstan. The feelings and impressions he experienced reflected in his works.

The prose heritage of the great Kobzar during the exile amounted to about two dozen novels. Only a few of them have reached us: "Princess", "Musician", "Artist", etc. In the story "Twins" he realistically depicted the life of local Kazakhs.

Since the stories of Shevchenko had a pronounced anti-serf attitude, during his lifetime they were never published.

All his works the poet secretly wrote down in small self-made notebooks and hid them in the boot top. They included about 120 works. These are autobiographical, philosophical and historical poems, lyrics with images of Ukrainian and Kazakh nature.

In his works he condemned serfdom, the willfulness of the landlords and the Russian military, and expressed sympathy for the disadvantaged Kazakhs.

Between Taras and the locals a warm and cordial relationship was established. One of the meetings of the poet and artist with the Kazakhs one of his contemporaries wrote:

"The Kazakhs stayed with Taras for several days. Accepting guests, he shared with them all his good."

Despite the fact that Taras Shevchenko was forbidden to write and draw, he continued to do it secretly. Of the entire pictorial legacy of the exile period, numbering about 450 works, almost 350 - are devoted to the life and way of life of the Kazakh people, the nature of Kazakhstan.

Shevchenko devoted most of his paintings and sketches to the hard life of the Kazakh poverty. In his letters he noted: "The Kirghiz are so picturesque ... when I look at them." The most, perhaps, his famous painting is "Kazakh Katya". He painted the type of a Kazakh woman from Katya, who worked in the family of the commandant of Novopetrovsk fortification.

One of the brightest works of that time was the painting "Fire in the Steppe." His other works are widely known: "Baygushi", "Kazakh woman", "Shepherd", "Kazakh on horseback", "Over the steppe", "Buran", "Baygushi under the window (Derzhavny kulak)", "Kazakh in yurt" and a lot others. They realistically represented the life of the steppe people.

In 1857, thanks to the petition of influential people of Russia and Ukraine, Taras Shevchenko was released from further exile and allowed to return to St. Petersburg. In September 1860 the Petersburg Academy of Arts awarded T. Shevchenko the title of Academician of engraving.

In Kazakhstan they honor the name of the great poet and artist Taras Shevchenko, considering him the son of two peoples who made a great contribution to the cultural heritage of not only the Ukrainian but also the Kazakh people.

The local population respected Taras Grigoryevich. He had many friends among the Kazakhs who called him "Akyn Tarazi" ("Poet Taras"). He often went to visit aul near the fortress, where he listened to songs and legends. Communicating with the local Kazakh population, Shevchenko found much in common in the historical destinies of the Kazakh and Ukrainian peoples.

His work became an integral part of the history and culture of the Kazakhs, an important page in the history of the spiritual kinship between the peoples of Kazakhstan and Ukraine.

With grateful love the Kazakh people answered the great Kobzar for his warm, cordial participation in their destiny. In the people were composed legends about a good, truthful, as "tarazy - scales", fair akyn Tarazi, about "a kind Russian man who stood up for the people and the tsar exiled him". The people of Mangyshlak carefully preserved the tree that T.G. Shevchenko planted and grew from the willow's rod in memory of a soldier who was killed by that rod. So the tree on the trans-Caspian land grew on the soldier's blood and his plentiful tears. Now the garden museum has grown here.

Novopetrovsk fortification, where T.G. Shevchenko spent 7 years in the soldier, was renamed Fort Shevchenko. Here is the memorial museum; Shevchenko's name is appropriated to the republican state gallery, the best streets of cities, collective farms, state farms, and educational institutions of Kazakhstan; in the Kazakh language his immortal works are published, akyns sing songs about him, poets write him poems. The Kazakh people, together with that "great, free and new family" of fraternal peoples, which the poet foresaw in the "Testament", will always remember T.G. Shevchenko with a feeling of deepest love and gratitude.

The name of Taras Shevchenko will always remain in the memory of the Kazakh people. In addition to the city of Fort-Shevchenko, the streets of many cities of Kazakhstan, including Astana, Almaty, Aktau and others bear the name of the great Kobzar.

Use of materials for publication, commercial use, or distribution requires written or oral permission from the Board of Editors or the author. Hyperlink to Qazaqstan tarihy portal is necessary. All rights reserved by the Law RK “On author’s rights and related rights”. To request authorization email to mail@e-history.kz or call to 8 (7172) 57 60 13 (in - 1163)
Қазақша Русский English
MOST READ
Month Year
Kazakh historical drama Tomiris premiered in Istanbul
ALASH IDEA IS THE PROTECTION OF KAZAKH STATEHOOD
Stolypin about the worries and hopes of immigrants to the Kazakh steppes
A tireless explorer of the Kazakh land
SWITCHING TO THE LATIN ALPHABET – UNITE ALL KAZAKH PEOPLE
Kunaev Dinmukhamed Akhmedovich
People who eat horses will kill you
Kazakhstan's participation in the Winter Olympics has a long history
Rebooting a field of science and education
Recorded history of Kazakhstan. Part 1
Historical Dates on the Bosphorus
Recorded history of Kazakhstan. Part 2
Materials on theme
Soviet power came to Kazakhstan through Perovsk
Remembrance Day for Victims of Political Repression and Famine
Gabit Musrepov is a man, who was born under a lucky star
Saken’s Thorny Path