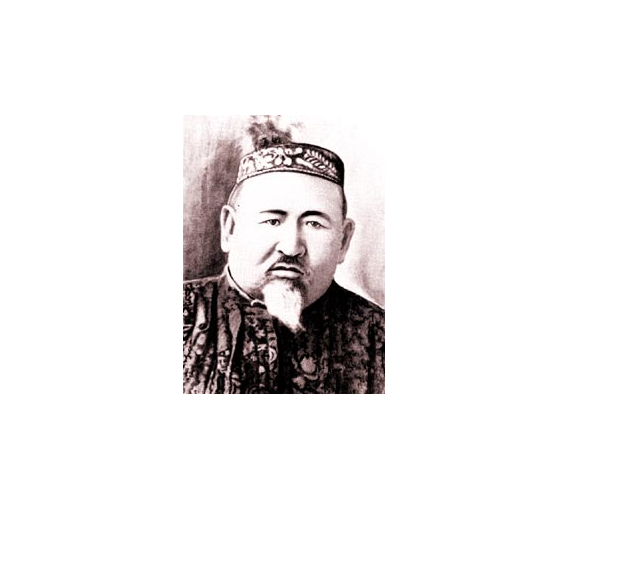 A prominent Kazakh poet and publicist, ethnographer and educator Mashkhur-Zhusup Kopeev, whose name can be placed next to the most famous names for the entire foreseeable past of mankind

First of all, we must take into account that until now no biography written by the author's own hand has been found. The only biographical manuscript written by Kopeev's nephew Zholmurat Zhusupuli is not fully translated from Arabic. Therefore, we have fragmentary biographical information about the author.

Mashkhur-Zhusup Kopeev was born in 1858 (the year of the sheep according to the Eastern calendar, the Arabic name of the month is "yerezhep") in the Ashamay Tas tract, located between the mountains of Kyzyltau, now Bayanaul district of the Pavlodar region. The name that his parents gave him was Adam-Zhusup.

Later, when he was 9 years old, the sultan of the Bayanaul district Musa Shormanov, for the magnificent performance of legends, dastans, poems, nicknamed him Mashkhur-Zhusup, i.e. "famous". This name was fixed to him in the people forever.

The era in which he grew up (late 19th century) is marked by major historical events contradictory for Kazakhstan. The Russian empire completely supplanted the Kokand khanate and the Bukhara emirate from the southern regions of Kazakhstan and completely colonized the entire territory of Kazakhstan. Russian laws began to dominate in the Kazakh steppe. Officials began to pursue an imperial policy towards the indigenous population.

Since 1858, the parents of Mashkhur-Zhusup settled in the mountains of Kyzyltau. In 1861, when he was three years old, the family lost all the cattle during the winter fodder. Then Mashkhur-Zhusup’s father decided: “Not cattle are a support for man, but knowledge,” and gave his already 5-year-old son in a madrasah to study literacy.

Mashkhur-Zhusup from 1877 to 1881 studied at the Bukhara Madrasah Kokeldash (Uzbekistan). Here he mastered Arabic, Persian, Turkic, and Russian. In the library of this madrasah there was also literature in Russian. He studied the works of Aristotle, Plato, Socrates, Abu ali ibn Sin, Al-Farabi, Hodja Ahmet Yassawi, Abulgazi Bahadurkhan and other thinkers of the eastern countries. In 1887, 1895, 1907 he traveled three times in Central Asia. He was in the city of Kokand, Turkestan, Bukhara, Tashkent, Samarkand, Khiva where he deepened his knowledge.

In order to collect Kazakh oral folklore, materials for Shezhire (the genealogical scheme of the Kazakh clans) and ethnography (customs and rituals), Mashkhur-Zhusup visited many auls of the Bayanaul outer district, the present Bukharzhyrau and Nurin districts of the Karaganda region, in the village of the old Ekibastuz known Koyandy fair, the foothills of Ereimentau and Kokshetau, the tract of Zhidebay (where Abai Qunanbayuli was wintering), the Kabantakyr aul (now the Sharbakty district of the Pavlodar region), the cities of Pavlodar, Semey, Karkaralinsk, Akmolinsk, Atbasar, Troitsk (now Chelyabinsk region), even visited the Kipchaks, who lived in the 19th century on the territory of the present West Kazakhstan region.

Until 1917, the publishing house Khusainovs in Kazan published his poetry collections "The Experience Accumulated by Life" (1907) and the prose book "Who Owns Saryarka" (1907).

They raise the problems of social equality, education, freedom of speech, meaning the high purpose of art. Demonstrative in these collections are the poems "Paying tribute to science", "On today's occupation of the Kazakhs", "I searched everywhere for a companion of life", "Letter", "Mothers" and others. In the traditions of oral folk art he wrote the poems "The Bargain of the Devils", "The Hawk and the Nightingale", "The Scattered Man", "The Old Man and the Two Young" and others. A good knowledge of Arabic and Persian languages ​​allowed Mashkhur-Zhusup to deeply study the poetry of the East.

The historical merit of Mashkhur-Zhusup Kopeev is that he collected and preserved the poetic heritage of the great representative of oral poetry of the XVIII century Bukhar-Zhyrau Kalkamanuli and established the place of his burial. Bukhar-Zhyrau in the records of Mashkhur-Zhusup is represented by a fair prophet, an active champion of the unity of the Kazakh people, a man who embodied the best features of his epoch. Mashkhur-Zhusup Kopeev compiled poems of Bukhar-Zhyrau, trying to preserve their originality, and also collected information about the life of the singer, becoming his first biographer.

In general, the works of Mashkhur-Zhusup Kopeev are a deep ocean of philosophy in the boundless abyss of life. In his works he touches on many issues of social and cultural life of the people. Often gave his contemporaries advice on housekeeping, critical of some social phenomena.

Mashkhur-Zhusup was one of the active authors of the newspapers "Kyrgyz Steppe Newspaper" and "A Special Addition to Akmola Regional Gazette", which were published in 1888-1902 in the city of Omsk in Kazakh and Russian. In his articles published in these newspapers, he urged the Kazakhs to pursue knowledge, benefit from them. He wrote articles about the dangers of fires (continuous burning of steppe vegetation), how to mow the grass, save it, what horses to breed, what lands to sow, how to heal horses, how to look for underground water, etc.

Mashkhur-Zhusup Kopeev - the brightest representative of Kazakh literature, advocated the Europeanization of Kazakh youth and condemned the colonial expansion of the Russian government, but he loved Russian democratic literature and promoted it in the pages of the magazine "Aykap", which was published in the city of Troitsk.

Along with the great theoretical and poetic heritage, Mashkhur-Zhusup’s Shezhire is widely known about the tribal composition and origin of the Kazakh people, where the tree of Kazakh inhabitants of Saryarka (the region of the Kazakh hillocky area) is traced in detail.

During his lifetime, Mashkhur-Zhusup predicted his death and said in advance with verses: "I'll live to the age of 73, before that, even with an ax, chop off my head, but no one can kill me, after 73 in a golden lock hold, but do not hold me". He is the first single person in Kazakhstan who buried himself openly.

In 1929, after hiring two builders (a carpenter and a mason), he built a grave on the hill of Eskeldi, which was in the form of a two-room apartment, in which were Koran, his books, saddle, harness, things that he himself personally used, tableware, a small table for visitors, near the stove were coal, firewood. And in another room, according to the instructions of the poet himself, a cellar measuring 3 by 4 meters was dug, a depth higher than the height of a person. When building his grave, Mashkhur-Zhusup said: "After death, I will lie in this cellar, on the trestle openly, do not be afraid, I will not get up, I will not touch anyone, just do not forget to change my underwear when it starts to turn yellow. I consider my grave to be my home, even the travelers who have lost their way can safely spend the night like in a hotel, they will cook and eat, only let them gently use and put my things back, let my house serve the people in winter and summer, as in life. Anyone who wants to look at my body and read a prayer can go down to the cellar, where I'll lie."

Mashkhur-Zhusup Kopeev died, as he himself predicted, on November 27, 1931. Until 1952 his body lay not spoiled, but at the direction of the higher party organs the grave was demolished. Those who took part in the demolition of the grave of the holy man Mashkhur-Zhusup did not remain unpunished: many died immediately, they became mentally ill, died their wives, children, close relatives suffered. Many authors wrote about these tragedies in the pages of the periodical press of the Pavlodar region and the republic.

In 1954 the last century the tombstone construction of Mashkhur-Zhusup was restored. Unfortunately, his body was still covered with soil.

The original works of M.Zh. Kopeev at different times were included in literary textbooks and collections of Kazakh poetry.

So far, the poet's creative legacy has not been properly evaluated and has not become the subject of scientific study.