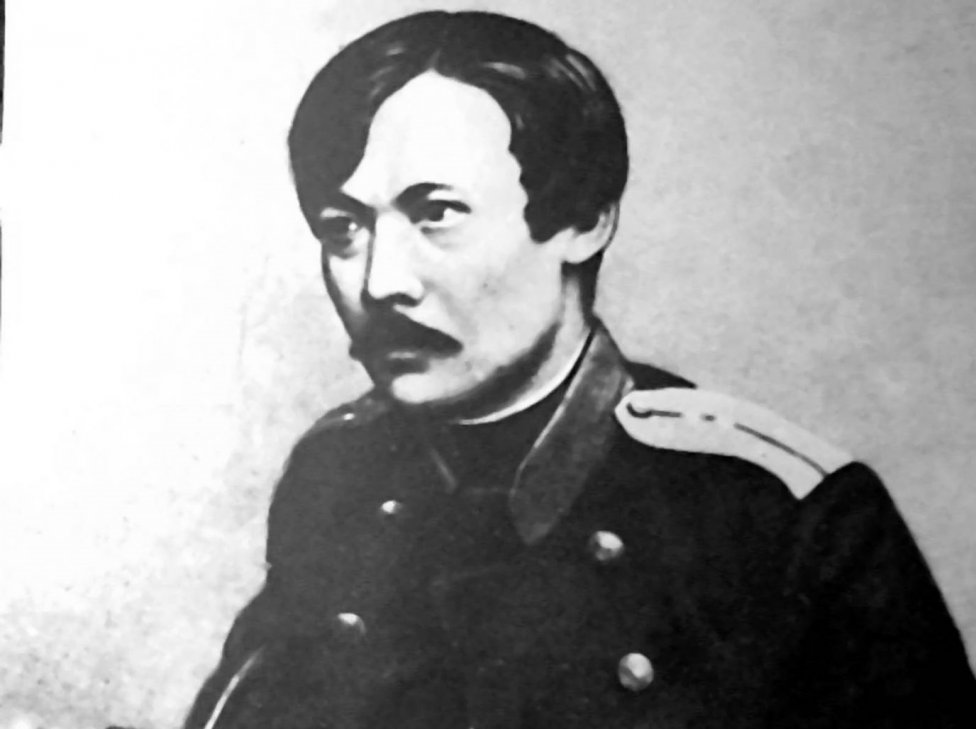 For a short life, Chokan Valikhanov managed to write significant works. His literary and scientific work is five voluminous volumes

Chokan Chingisovich Valikhanov, a great Kazakh scholar of Oriental studies, historian, ethnographer, geographer, folklorist, translator, journalist and traveler, was born in November 1835 in the fortress of Kushmurun (now Kusmurun, Kostanai region). His childhood passed in the family estate of his grandmother Aiganym in Syrymbet (modern North-Kazakhstan region). These were beautiful places, widely known in the steppe. The spiritual qualities of the future scientist evolved from a small age. He was curious, early learned to write and draw.

Chingis Valikhanov was an educated man; he graduated from the Siberian Linear Cossack School in the city of Omsk. In the Russian army, he rose to the rank of colonel. 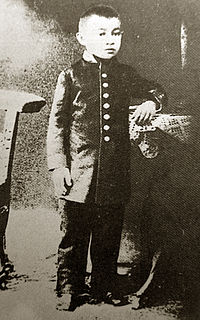 At the age of twelve, Chokan entered the Siberian Cadet Corps in Omsk, which at that time was considered the best educational institution in Siberia. In the cadet corps, Chokan studied with enthusiasm, and after some two or three years he overtook and surpassed his peers in knowledge. In the formation of the worldview of Chokan, a significant role was played by his friend and classmate G. Potanin, teachers N.F. Kostyletsky, the writer V.T. Lobodovsky.

In 1852 Chokan became acquainted with the orientalist I.N. Berezin and at his request wrote an article "Khan labels of Tokhtamysh." This was his first scientific work. Already about 14-15-year-old Chokan, teachers said that he would become a scientist.

In 1853, Chokan graduated from the Cadet Corps and, in the rank of cornet, entered the service of the governor-general of the Steppe region G.Kh. Gasfort, as adjutant. Young and wise for his age, educated Kazakh was noticed by Russian intellectuals, by the will of destiny living in Omsk writers and poets A.N. Maikov, F.M. Dostoevsky, V. Kurochkin, oriental scholar K.K. Gutkovsky and others.

Chokan Valikhanov took part in the fate of the exiled writer-petrashevist, the future classic of Russian literature F.M. Dostoevsky, contributed to his early release from exile. In the service of the governor-general, Chokan studied history, ethnography, literature and culture of the peoples of Central Asia, traveled to Central Kazakhstan, Zhetysu, Tarbagatay, collected materials and wrote articles on the history of the steppe region, customs and traditions, and the religion of the Kazakhs.

In 1856-1857 Ch. Valikhanov made a research and ethnographic expedition to the Zailiyskiy Kyrgyz and to the villages of the Old Zhuz, to Kuldzha, where he became acquainted with the history of Dzungaria. In these trips he wrote well-known "Essays of Dzungaria", "Notes on Kyrgyz", "On the genres of Kazakh folk poetry", "Diary of a trip to Issyk-Kul", "Legends of the great Kirghiz-Kaisarian horde" and other works that became the basis of a fundamentally new view of the Kazakh people, their culture and literature. These essays and articles were highly appreciated by Russian scientists. 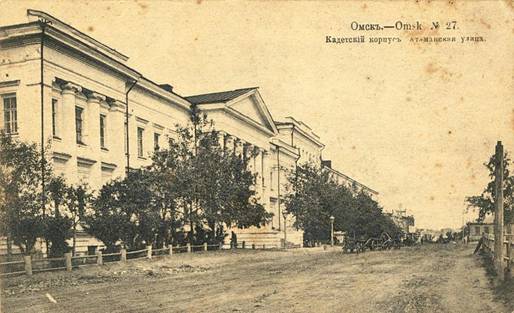 Another result of these trips was the fact that Chokan became acquainted with some chapters of the great Kyrgyz epos "Manas", wrote it down, analyzed it, translated it into Russian, showed that "Manas" is an outstanding work of the eastern oral tradition, Kyrgyz folklore. Moreover, Chokan called “Manas” a steppe "Iliad", and the continuation of "Manas" the poem "Semetey" Chokan designated as the eastern "Odyssey." So, some chapters from "Manas" were first published in the world in Russian.

The famous traveler P.P. Semenov-Tien-Shansky met with Chokan in Zhetysu-Semirechye and consulted him about the routes along this edge. On his recommendation in 1857, Chokan became a full member of the Russian Geographical Society. 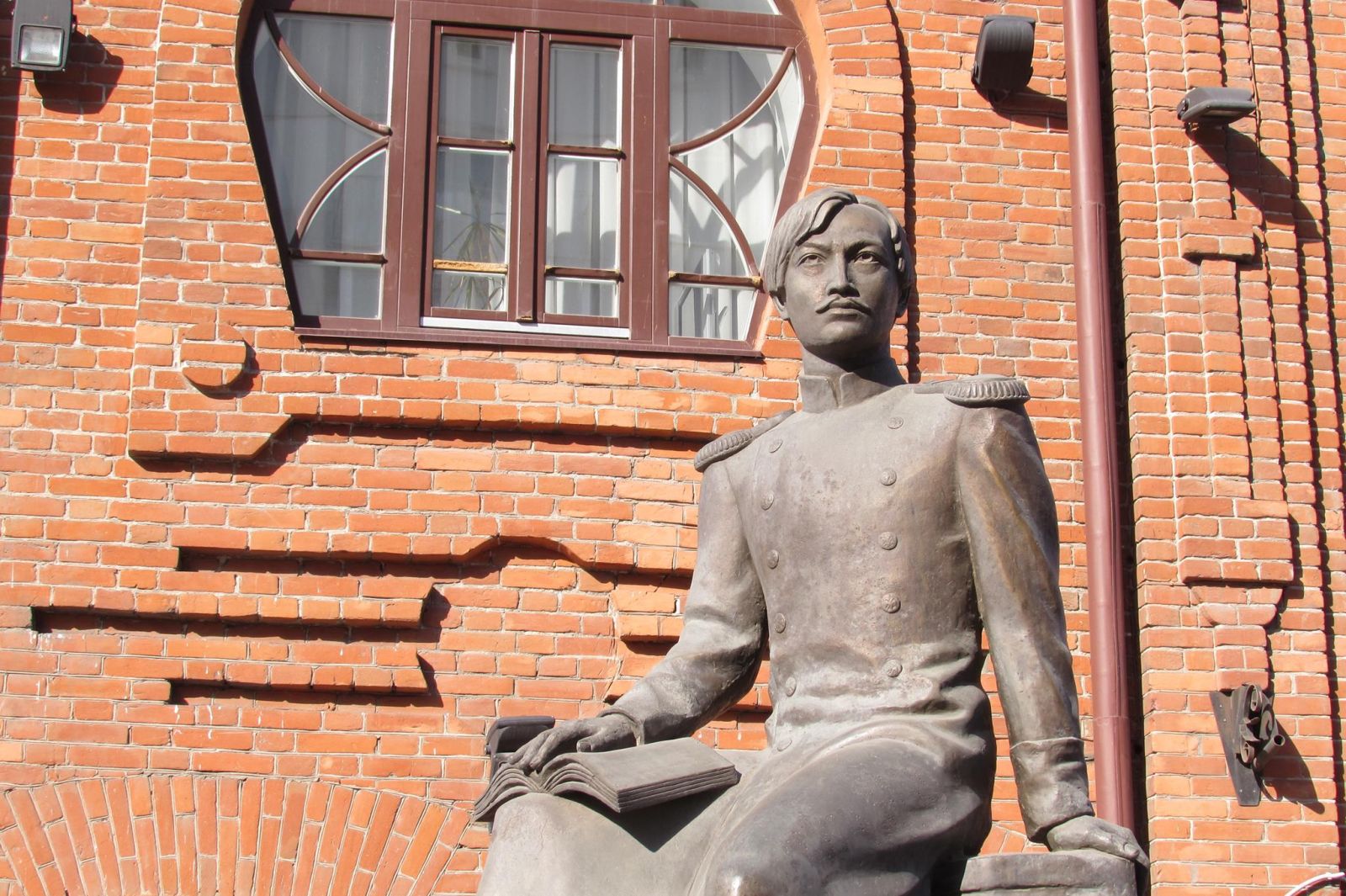 Monument of Valikhanov in Omsk

In 1858-1859, Chokan made the most important trip in his short life to Kashgar. Under the name of the merchant Alimbai, shaving his head and changing his appearance, Chokan and his companions entered Kashgar, where he lived for five months. He managed to unravel the mystery of the death of the English traveler Adolph Schlagintweit, who several months earlier had come to Kashgar from India, and died at the hands of the local feudal lord Yakub-bek. Chokan brought from Kashgar a lot of interesting statistical and historical information that were published in the "Notes of the Russian Geographical Society" in the form of two articles: "Essays of Dzungaria" and "Description of Kashgar or Altyshaar." Altyshaar, more correctly "Altyshakhar", that is, "Six cities", in those days was so called Eastern Turkestan, a state unknown to European geographical science.

Returning from Kashgar to Omsk, Chokan was met as a hero who had explored unknown lands, was encouraged, sent to St. Petersburg, where he had a meeting with the tsar, in which the emperor noted his special services to the Fatherland.

Unfortunately, in St. Petersburg Chokan was only a few months, and due to illness, went back to his native place. Returning to the steppe, Chokan decided to quit the service, and even put forward his candidacy in the volost elections, so as to become ruler, try to ease the fate of his people. But, unfortunately, the local authorities falsified the election results. Chokan, offended by injustice, left to the south, to his relative Sultan Tezek.

Chokan Chingisovich Valikhanov died in 1865, before reaching the age of 30, in the Altyn-Emel tract, now the territory of the Kerbulak district of the Almaty region. 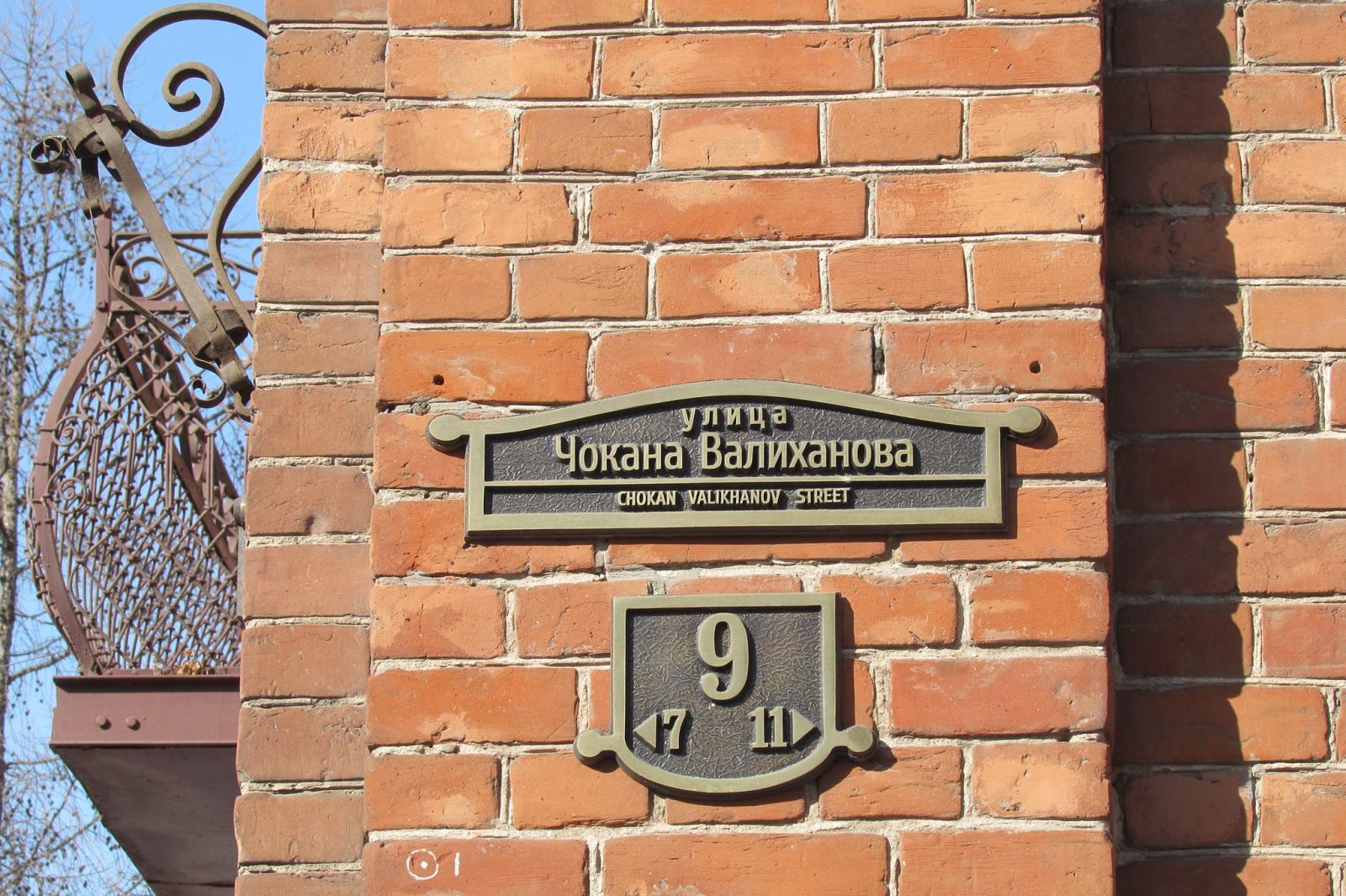 Street of Valikhanov in Omsk

With bitterness learned the scientific community of Russia about the sad fate of the talented son of the Kazakh people Ch. Valikhanov. His close friends and comrades in service and travel especially hard experienced that loss. One of the officers of the Russian army known for his research of Kazakhstan, L.K. Thanes, visiting Valikhanov's grave in the same year, deeply mourned, wrote in his diary: "It's a pity, it's a pity for a rich head, it's a pity for a human nature, so soon burnt from the surplus of strength."

In 1904, the Russian Geographical Society published a book by Chokan Valikhanov, and in the foreword to it Academician N.I. Veselovsky wrote the following:

"Like a brilliant meteor, a descendant of Kazakh khans and, at the same time, an officer of the Russian army, Chokan Chingisovich Valikhanov, flashed over the fields of Orientalism. Russian orientalists unanimously recognized in his face a phenomenal phenomenon and expected from him great and important revelations about the fate of the Turkic peoples, but the premature death of Chokan denuded us of these hopes".

Historical merit of Chokan Valikhanov is that he, propagandizing advanced, democratic ideas among his people, initiated the development of scientific and social thought of the Kazakh people.

Use of materials for publication, commercial use, or distribution requires written or oral permission from the Board of Editors or the author. Hyperlink to Qazaqstan tarihy portal is necessary. All rights reserved by the Law RK “On author’s rights and related rights”. To request authorization email to mail@e-history.kz or call to 8 (7172) 57 60 13 (in - 1163)
Қазақша Русский English
MOST READ
Month Year
Kazakh historical drama Tomiris premiered in Istanbul
ALASH IDEA IS THE PROTECTION OF KAZAKH STATEHOOD
Stolypin about the worries and hopes of immigrants to the Kazakh steppes
A tireless explorer of the Kazakh land
SWITCHING TO THE LATIN ALPHABET – UNITE ALL KAZAKH PEOPLE
Kunaev Dinmukhamed Akhmedovich
People who eat horses will kill you
Kazakhstan's participation in the Winter Olympics has a long history
Rebooting a field of science and education
Recorded history of Kazakhstan. Part 1
Historical Dates on the Bosphorus
Recorded history of Kazakhstan. Part 2
Materials on theme
The President of Kazakhstan Nursultan Nazarbayev: Abylay’s dream came true
HISTORY OF ONE SCHOOL
Tengrism philosophy of Genghis Khan
Sickle and hammer - death and hunger