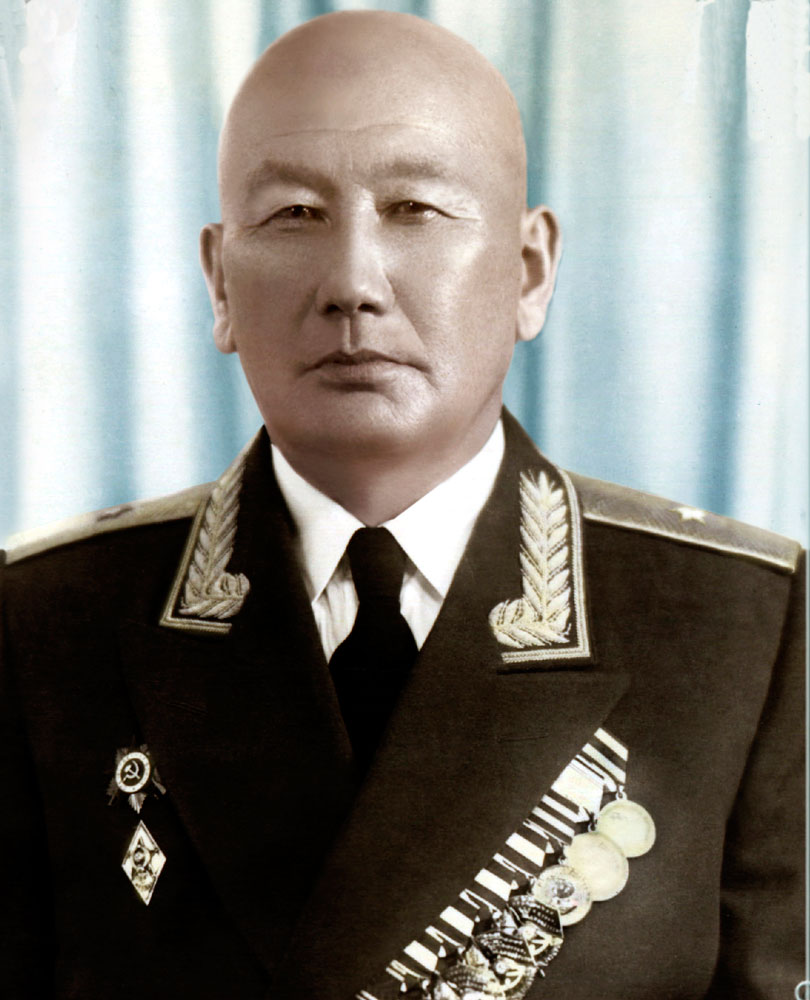 It is impossible to imagine Kazakhstan army history without the major-general of technical troops Shakir Dzheksenbayev, the specificity of the armed forces which requires expertise in-depth

On the first day of December 2015 it happened to attend the opening of the Military History Museum of the armed forces of the Republic of Kazakhstan in Astana. There really are a lot of exhibits: revolvers, pistols, rifles, machine guns. And the helmets, as it should be punched. But do not try to seek information about the general. Those who stood at the origins of the Red Army in Kazakhstan, or even about the first Kazakh separate cavalry division you can find nothing - there is nothing about them. But the first Kazakh Cavalry Division, later reorganized into a separate Kazakh Cavalry Regiment, brought up a whole galaxy of generals and important personalities of the military art of Kazakhstan. What is it? Dips in memory or lack of knowledge?

Shakir Dzheksenbayev was born in places where batyr Er-Targyn, sung in Kazakh epos, hunted. In the regions, where the uprising under the leadership of Isatai Taimanov and Makhambet Utemisov took place; where the fights of the Red Army soldiers with the Whites were.

"I first learned about Sh.D. Dzheksenbayev in the Kalinin Military-Technical School, where he was the commander of the cadet battalion - recalled P.E. Krasota, Lieutenant General of technical troops - we can say that the students knew him firsthand: only two colonels were at school - his boss and Dzheksenbayev. And it was not surprising that in May 1942, being the head of the chemical warfare service regiment, I immediately recognized him - in the advanced trenches under the whistle and roar of bullets and shells. At that time, he was the head of chemical troops of the Bryansk Front and arrived at the first line of our division defense to control personally how was chemical protection of our troops organized. This dedication to the large and small, the desire to study the situation on the spot, where the decisive events were unfolding, the ability to proactively use all opportunities to ensure the success of chemical combat operations earned Shakir Dzheksenbayev deep respect of combined arms commanders, commanders of fronts and armies, ordinary soldiers. For us it was deeply instructive and we were proud of belonging to a special kind of troops. 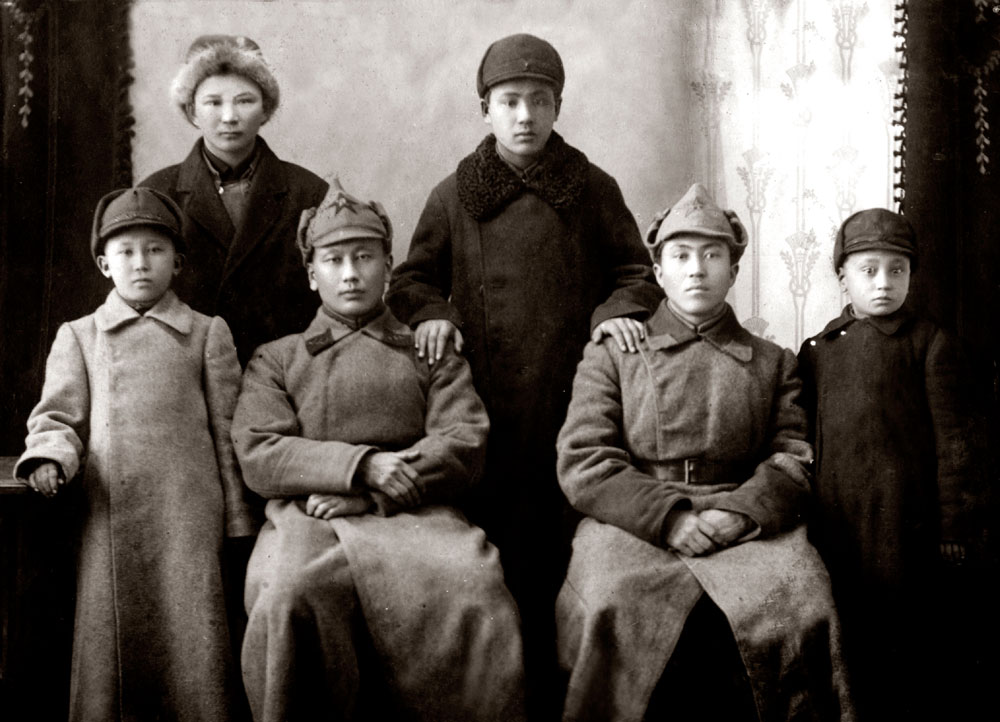 We are only now able to fully appreciate the power of personal example of Shakir Dzheksenbayevich, his tact and flexibility in the education of young leaders. At that time subordinate individual front-line battalions of chemical protection were commanded by officers, barely passed twenty years, who needed as they say, thorough watch or care. However, Shakir Dzheksenbayevich trusted us, encouraged the initiative, skill check, and if necessary, gave us possibility to feel our guilt".

Notable commanders of World War II, whose names are by ear, to the beginning of the war were military personnel, many of them were still in the imperial army. Shakir Dzheksenbayev began service in the First exemplary cavalry division, would become a platoon commander. As he himself says - the decision to become a red commander was my old dream. He remembered that day when courses political officer Shchipachev Stepan, who became later famous proletarian poet, gave an order to leave the service of red commander.

August 25, 1920 Shakir Dzheksenbayev and Khabir Bukeikhanov were invited to Moscow to pass the exams at the Red Army General Staff Academy. As Shakir Dzheksenbayev recalls: "I am the son of the breeder, camel driver, heading to study in higher military institutions of the country!"

"To the Academy of the General Staff of the Red Army.

Military Revolutionary Committee for Management of Kyrgyz region hereby recommends Dzheksenbayev Shakir and Bukeikhanov Khabir as the students of the Academy of the General Staff.

Said comrades are representatives of the emerging young Kyrgyz Red Army, which experience a severe shortage of the Red Army commanders who know military affairs and familiar with the Kyrgyz language and way of life of the Kyrgyz people.

Kyrgyz military committee asks to take into account the fact that the comrades have no practical combat experience only because of historical conditions, in which the Kyrgyz people put, lacking familiarity with military affairs.

Kyrgyz military committee requests to render full assistance of Dzheksenbayev and Bukeikhanov for their admission to the Academy.

Head of the General Office

They were the youngest students at the Academy, both at that time were little more than 19 years. Academy graduated many prominent military leaders, about 700 graduates would be awarded the title Hero of the Soviet Union for their skilful management of the troops. Military Academy Shakir Dzheksenbayev graduated in 1924. Certificate of completion of a higher education institution awarded him the head of the Academy, a famous military leader Mikhail Frunze.

"The number of our side casualties depends on your actions".

In connection with the technical re-equipment of the Red Army they needed experts to guide the technical troops, and in September 1930 Shakir Dzheksenbayev begin to study at the Higher Military-Chemical School of the Red Army. This new specialty of military chemist would become his life.

As Major-General recalls: "In the pre-war years in our country was carried out large-scale research work of the improvement of old and creation of new incendiary devices and flamethrowers. Later in the war it provided the superiority of our flame-incendiary devices on the German-fascist. We were taken into service liquid and hot condensed matter on the basis of gasoline, kerosene and other petroleum products, such as napalm incendiary mixtures. OP-2 powder served as a thickener in it, consisting of petroleum acids aluminum salt. It refueled endiary bottles and flamethrowers. Termite was widely used - a mixture of iron oxide and aluminum. This mixture was compressed in the form of braces, balls, bullets and ran the artillery shells, bombs, etc. Also, tests were conducted on the use of white phosphorus and its compounds. It equipped artillery shells and aerial bombs, incendiary bottles and vials aviation tin AF-2, which later served as an effective tool in the fight against the enemy tanks". Innovation of military chemists allowed to improve properties and quality, for example, the famous Molotov mixture. This enabled it, hitting the surface of the tank, "stick" to it, and burn, and burn strongly. To sustain such a thermal shock could no enemy tank crew. The tanks were burning like a match.

Major General Shakir Dzheksenbayev as a member of the military parade of the Moscow Garrison in honor of the 28th anniversary of the Great October Socialist Revolution on the Red Square, marched at the head of the 2nd Battalion of the Military Academy of Chemical Defence. His gladness had no borders. Probably, before the eyes again were those past military routine. How the front commander checked. Commanders were demonstrated how firing range of the new mixture formulation increased. New smoke bombs, wrapped in a thick band, gave rise to jokes, "Well, then, what we have to squeeze Fritz tears".

Captured by our troops, the enemy document contained: "In recent years, before the offensive the enemy began to use smokescreens. So it was in the area of Ale lake. This he achieved that observation posts were blinded, and our artillery had lost any adjustments, as a result was inactive. Troops in the band smokescreen lost all control. All this ensured the enemy success of offensive". 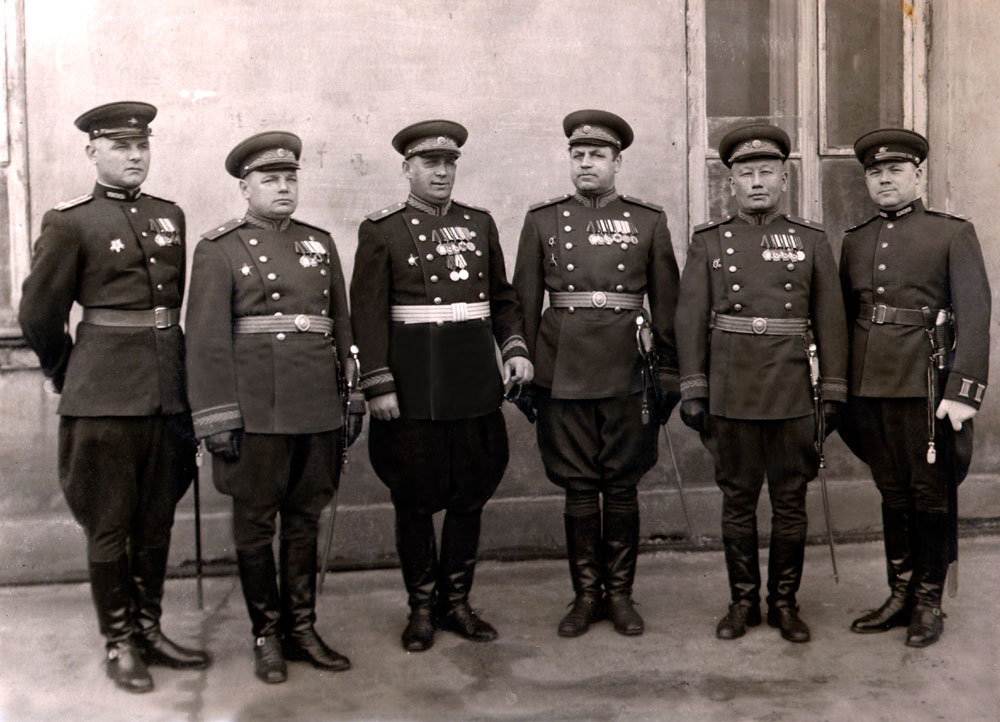 General recalled and on 16 October 1943, in the next Soviet information bureau report Levitan announced the assignment of the Major-General of technical troops rank.

Shakir Dzheksenbayev continue service after the war. He would lead the Engineering Faculty of the Academy of Chemical Defense. He would become deputy chief of chemical weapons control and supply of ground troops. In May 1949, he would be appointed as a senior lecturer, then head of the Department of Military Engineering Academy named after Kuibyshev.

The question arises - why did Hitler's troops did not use chemical weapons, especially when they defeated?

It makes sense to turn to the authoritative opinion of Major-General Shakir Dzheksenbayev:

- The combat readiness of our armed forces in the chemical respect was so high that the enemy could not count on any serious progress.

- Our industry, to the extent provided our troops means of protection, intelligence, indication and degassing.

The Urals especially revered their countryman. In the city of Uralsk and Almaty there are streets named after Shakir Dzheksenbayev. That's just hope that the military institution in our country was named after general is still only a dream.

Historian, journalist, researcher of the women's movement and the military history of Kazakhstan. Author of more than 300 works of nonfiction.