Home News Palace of Tselinniks built in the heart of Saryarka

Palace of Tselinniks built in the heart of Saryarka 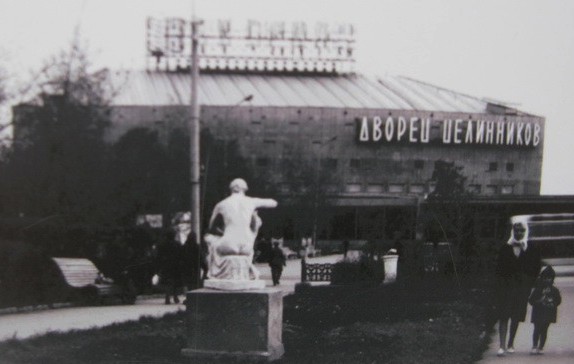 In 1961 Nikita Khrushchev first visited wide open spaces and endless steppes of northern Kazakhstan. He was in "Izhevsk" sovkhoz in Vishnevsky region, made a trip to the experimental farm of All-Union Scientific Research Institute of Grain Farming. After studying local current situation the first leader of the Union decided to hold a meeting with the most active members of a party and with workers of sovkhoz and kolkhoz production in Kazakhstan, to which senior officials of the Altay Territory, Western Siberia, Kurgan oblast and Orenburg were invited. As it was not possible to locate invited guests in the city hotels, they lived on the station in the same wagons, in which they came to the meeting. Also, the difficulty touched upon the location of the meeting – there was no spacious hall. It was urgently decided to make suitable for this so-called point "P", above the "humpback" bridge (the bridge over the railway line in the northern part of the city).

Point "P" - an old spacious canteen, preserved since the time of the Great Patriotic War. In those years station military trains going through the Akmolinsk received food from there. The name - point "P" was given to it from the combination of words "nutrition" and "products". With a lengthy speech N.S.Khrushchev spoke at the meeting. Somewhere in the middle of his speech, looking up from the text, Khrushchev said, "My daughter also visits the virgin lands. Tatiana is very fond of buckwheat porridge with sunflower oil. So, comrade-tselinniks along with crops of the "queen of fields" and broad beans you have to culture valuable crops such as buckwheat. N.S.Khrushchev strictly recovered from those who sowed corn and beans bad. The head of the party publicly said, "Corn is our strong point, with which we will be able to beat America in meat and milk production per capita". 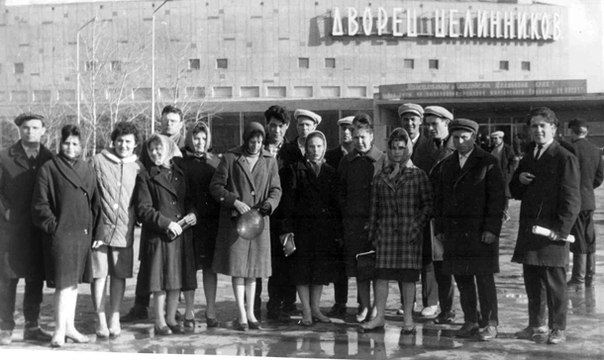 Among Nikita Sergeyevich's surroundings there was a minister of construction and building materials Zasyadko. Turning to him after the meeting of Party activists, Khrushchev said:

- Such meetings will be often held here. So, it is necessary to build a good palace in Tselinograd. During his second visit to Akmolinsk, in 1964, Khrushchev visited a number of sovkhozes in Tselinograd oblast, decided to hold an extended republic meeting of the foremost agricultural workers with the representatives of the party and Soviet bodies of Kazakhstan. Now it took place in the beautiful Palace of Tselinniks. When the First Secretary of the Communist Party of Kazakhstan Dinmukhamed Kunayev gave the floor to Nikita Sergeyevich, hall literally started with applause.

In his detailed report Khrushchev warmly welcomed and thanked the Kazakhs, and first of all tselinniks, for their achievements in the development of agricultural production and the sale of significant quantities of bread, meat, milk and other animal products to the state.

- The day is near when we will beat the United States in the production of meat per capita continued Khrushchev.

- We have all the possibilities for this... For a long time many representatives of foreign countries are eager to visit the open spaces of Kazakhstan and see what exactly conquerors of the virgin lands did there. I believe that we should allow them such a trip to the country. Let them come and see that the virgin lands live, successfully develop and flourish. Along with it we will show them mother of Kuzma, that is, we will show them that it is unsafe to play tricks with us (laughter, applause). Let them know our people! As conquerors of the virgin steppes turned it into a rich region, a blooming oasis - with these words Khrushchev finished his speech.

Hall saw him off with stormy and long unceasing applause. Tselinniks Palace, and now the Congress Hall - Khrushchev’s gift, was built in Akmolinsk in 1961.

Use of materials for publication, commercial use, or distribution requires written or oral permission from the Board of Editors or the author. Hyperlink to Qazaqstan tarihy portal is necessary. All rights reserved by the Law RK “On author’s rights and related rights”. To request authorization email to mail@e-history.kz or call to 8 (7172) 57 60 13 (in - 1163)
Қазақша Русский English
MOST READ
Month Year
Kazakh historical drama Tomiris premiered in Istanbul
ALASH IDEA IS THE PROTECTION OF KAZAKH STATEHOOD
Stolypin about the worries and hopes of immigrants to the Kazakh steppes
A tireless explorer of the Kazakh land
SWITCHING TO THE LATIN ALPHABET – UNITE ALL KAZAKH PEOPLE
Kunaev Dinmukhamed Akhmedovich
People who eat horses will kill you
Kazakhstan's participation in the Winter Olympics has a long history
Rebooting a field of science and education
Recorded history of Kazakhstan. Part 1
Historical Dates on the Bosphorus
Recorded history of Kazakhstan. Part 2
Materials on theme
QUESTION ABOUT CULTURAL AUTONOMY OF KYRGYZ
Holodomor in Kazakhstan. New terrible facts were found in the archives
Was Kyzylorda a capital of Qazaqstan by mistake?
PRESENTATION OF ASTANA