THE CONSTITUTION OF KAZAKHSTAN PEOPLE 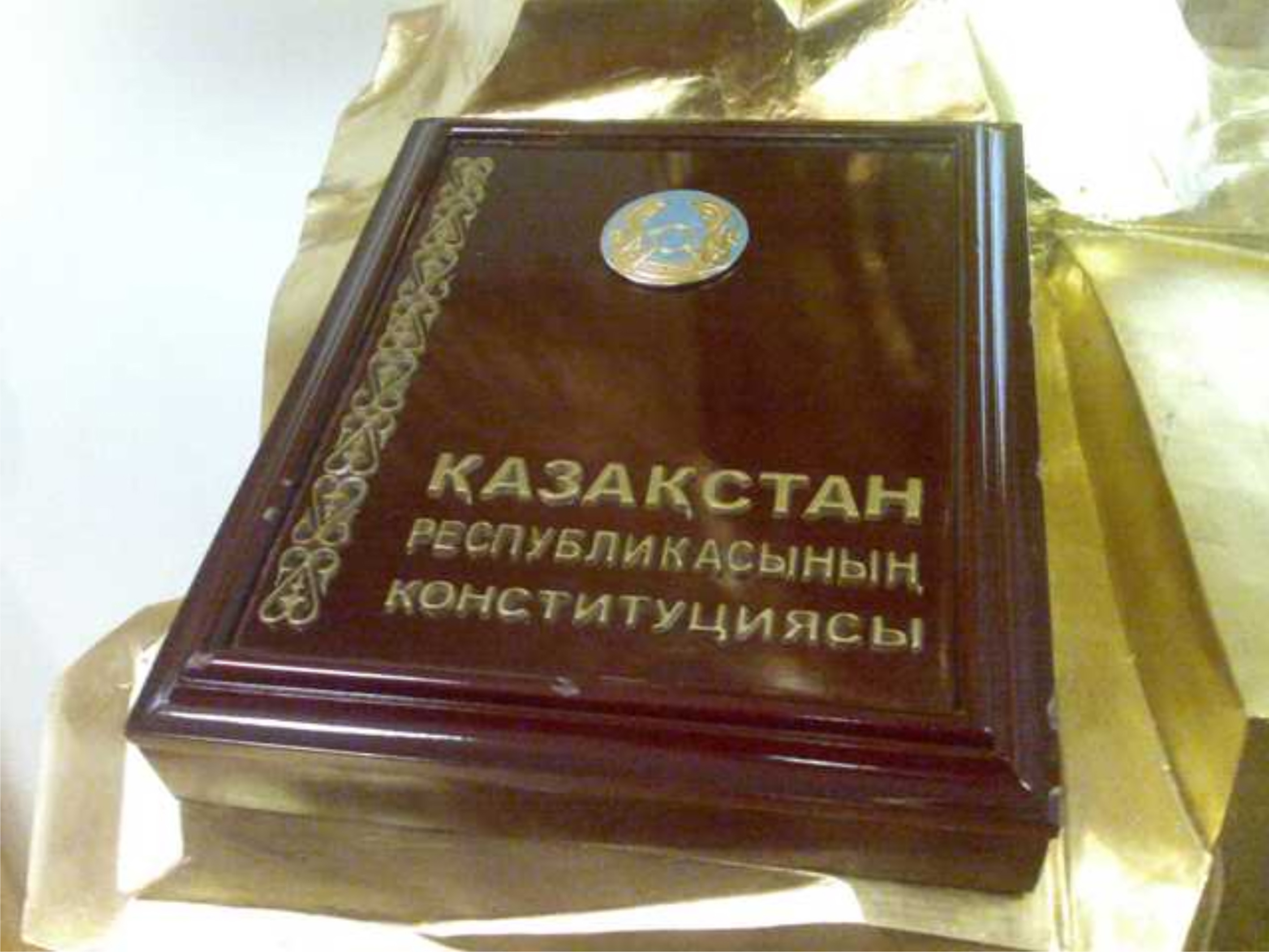 "We, people of Kazakhstan" - our Constitution starts with these words.

Kazakhstan proclaimed supremacy of the statute law and protection of interests, rights and freedoms of citizens as authoritative priority.

At the dawn of independence, Kazakhstan faced a problem of discrepancy of the Constitution of the Kazakh SSR with new realities of the political process. Independent Kazakhstan needed a Constitution that consolidated basic principles on which the nation was going to build an open democratic society.

On 28 January 1993, the Supreme Council of the Republic of Kazakhstan adopted the first Constitution of a democratic state, which had great importance for building and strengthening the state.

According to the Constitution of 1993, the signs of both presidential and parliamentary republic appeared in the political system of Kazakhstan at the same time. On the one hand, the President was Head of state; on the other hand, the chapter on the Supreme Council was preceded by the Chapter on the President in the structure of Constitution that assumed a certain rule of the Supreme representative body in the state hierarchy.

After the first Constitution came into force, the drawbacks were obvious primarily in isolation from real socio-economic and political processes in the republic. The mechanisms of overcoming disagreements between different state institutions were absent in the Constitution, which was one of the reasons for the objective of increasing contradictions between the executive and the legislative. The contradictions between the President and the Supreme Council escalated the tense situation in the republic. The Constitution adopted in 1993 had a transitional character. Kazakhstan needed a new Constitution that would meet the challenges the young republic faced. At the initiative of the President of the Republic of Kazakhstan N.A.Nazarbayev, Expert Advisory Board for the study of world constitutional experience was formed; it had positive impact on the quality of the draft of the new Constitution.

The President has initiated direct assignment of the fundamental principles of the activity of the Republic of Kazakhstan: the public consent and political stability, economic development for the benefit of all people, Kazakhstan patriotism, solution of most important issues of state life by democratic methods.

The new Constitution has been significantly improved. The issue on form of state government suffered changes. The Constitution proclaimed Kazakhstan a presidential republic. The basic law established a bicameral Parliament, discussions on its need was not realized in the Constitution of 1993.

The Constitution established a new approaches to the determination of the Government status and its credentials. According to the article 56 of the Basic law, Mazhilis Parliament had the role in the approval of the Prime Minister and consequently the Government. The constitutional duty of the Prime Minister was to put the issue of confidence in the Government before selected Mazhilis, it became another important tool of influence on the Government. Increase of responsibility of the institutions of the executive power became one of the most significant novels of the Basic law.

Heading the system of executive bodies, directing their activities independently and taking management decisions, the Government bears full responsibility for the state of affairs in the political, socio-economic and cultural spheres of Kazakhstan society.

One of the aspect on restructuring the political sphere of Kazakh society is the improvement of the Basic law. It is one of the most important tasks on the path of further democratization of Kazakhstan society.

Materials on theme
Koryo-Saram: A Glimpse at the Past and Present of Koreans in Kazakhstan
85 years to agrarian university of Kazakhstan
KazAtomProm: Success Story
The Deportation of People during the World War II. Part II