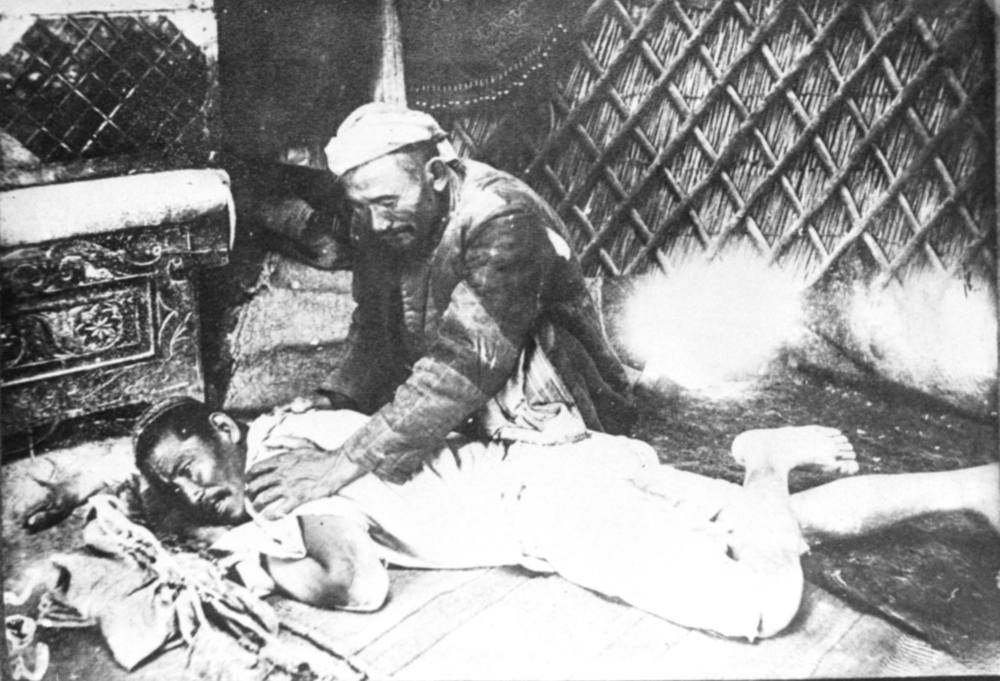 There were skilled healers among the local population. The art of healing passed from generation to generation.

Healers were called ‘tauyp’, people who healed with herbs were called ‘dariger’. Surgeons were called ‘otashy’, bonesetters were ‘synykshy’. There were graduates of Bukhara and Samarkand madrasah among Kazakh healers. They knew medical treatises of Ibn Sina. They widely used medicines and even poison in small doses.

According to researchers, at the turn of XIX-XX centuries, Kazakh healers of Turkestan only knew 227 medicines of plant origin.
Medicine of animal origin was also used in the medical practice. These are bear and swan bilis, badger, sorcery, goose, lamb and horse adipose. Kazakh healers were aware about the human anatomy as well. They were able to determine the diagnosis and subsequent treatment after the person’s pulse.

Patients in semi-arid and arid areas were treated by sand baths. Sick people in the winter were recommended to take warm water bath with salt and various herbs. Kazakh doctors had known the healing properties of salt lakes and mineral springs from olden times. Such treatment helped to heal people from many arthral, internal and external diseases. Kazakh healers treated a number of diseases by rolling up a patient into newly slaughtered sheep, goat, calf or foal’s skin. They often used method of treatment with bloodletting in diseases related to blood pressure. Kazakh healers also treated with leeches. They poured fresh ashes or put burnt piece of felt to disinfect and stop the bleeding.

The healers could do cesarean section as well. The bonesetters could reduce almost any dislocation of the limbs, collarbone and even thighs. Mental illnesses were treated by shamans (baksy).