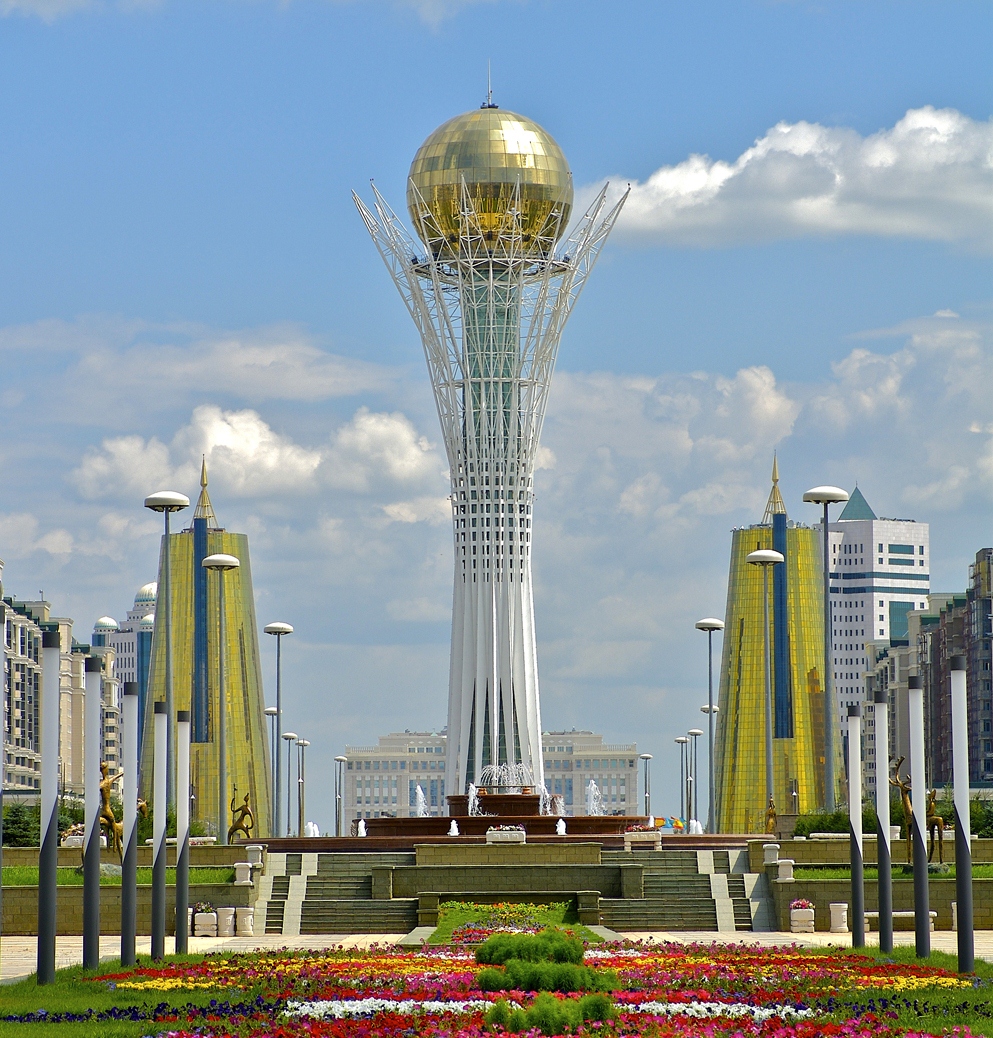 The long-awaited day has finally come – the birthday of Astana city. Today our capital turns 15 years. Over these years a small towns grew into beautiful modern center of the independent state.

The long-awaited day has finally come – the birthday of Astana city. Today our capital turns 15 years. Over these years a small towns grew into beautiful modern center of the independent state. Today is  a holiday for all Kazakhstani people, the 15th anniversary of Astana is celebrated in all cities with concerts, exhibitions, fairs and other interesting events.

In the capital the number of the festive events is opened with a mass parade “Stand next to Astana!”. Together with guests and residents of the capital the parade will involve Kazakh stars of sports, show business and art. They will head each of the columns. Music, patriotic songs, flashmob – all this will accompany  the parade. The parade will be held to the symbol of Astana – Bayterek.

From 10.00 in the morning in “Students” and “Zheruyik” parks folk festivals “Ainalayin” are taking place, and on the main square of the country near “Kazakh Eli” monument there are folk festivals “Shuakty kala”. Here residents and guests of the capital will see a unique “town in the city”, festive fair, entertaining attractions, restaurants, modern art exhibition, and rich daytime and evening concert program.

From 11.00 Nomadic civilization festival “Milleniums around Astana” will start its work and Astana residents will have an opportunity to touch the centuries-old culture of nomads. At the same time Festival of books and poetry “Astana bagy biik askarymsyn” will take place on the square near Abay monument, a big book exhibition and fair will spread there. And at the same time in another part of the city, on the square near “Bayterek” monument there will be the children’s festival “Shattyk” involving children aged 5-18 years old who have 30 minutes to show their vocal, dance and folklore skills. And at the same hour ceremony of the festive cake cutting will be held in Khan Shatyr to celebrate the 15th anniversary of Astana.

At 12.00 near the ethno-memorial complex “Atameken” there is a ceremony of solemn marriage registration. Eighty white doves will fly into the sky symbolizing formation of new family couples. Also at noon fans of folk instrumental music will see a unique performance – near “Kazakh Eli”monument 300 musicians participating in the folk instruments festival “Serper” will simultaneously play famous and popular kuis.

At 17.00, Congress-Hall is hosting the Gala concert of the republican songs contest “An zhuregim Astana!”. The winners  of the contest will perform at the gala concert on the same stage with Kazakh pop stars.

At 19.00  there is  a concert of Kazakh and foreign pop stars “Askaktai ber, Astana!” at the Republican race track “Saryarka”. Nicole Scherzinger is the headliner of the project.

At 20.00, on the city square, on the square near “Bayterek” monument, in “Students” park there will be folk festivals “Kayirly kesh, Astana!”. All residents and guests of the capital will have a lively party with the participation of favourite performers of popular songs. At the same time on the square near “Kazakh Eli” monument there is a gala concert “Salem, Astana”. And in front of the theatre “Astana Opera”  unusual fancy-dress show will start at 20.00: “live monuments”, artists in old-fashion clothes, puppets, contortionists and graceful dancers in ,asks will meet Astana residents there. At the same place, in front of the building, at 22.30 residents and guests of the capital will see 3D-projection show “Key to success” and multimedia show “Sounds of music”. An image will be projected to the building of the theatre. Light waves will mount up to the sky. Time-observation photographs will be shown against the background of the theatre: the steppe, Aqmola views, start of the city building, independence symbols, modern Astana. All festive events will end with a grandiose festive fireworks at “Kazakh Eli”.

Materials on theme
Interesting facts about tenge
What do we know about Kipchak Seyitkul?
General Kornilov and lawyer Plevako. They have Kazakh blood.
The Tragic Fate of Aral