Home News Rebooting a field of science and education

Rebooting a field of science and education 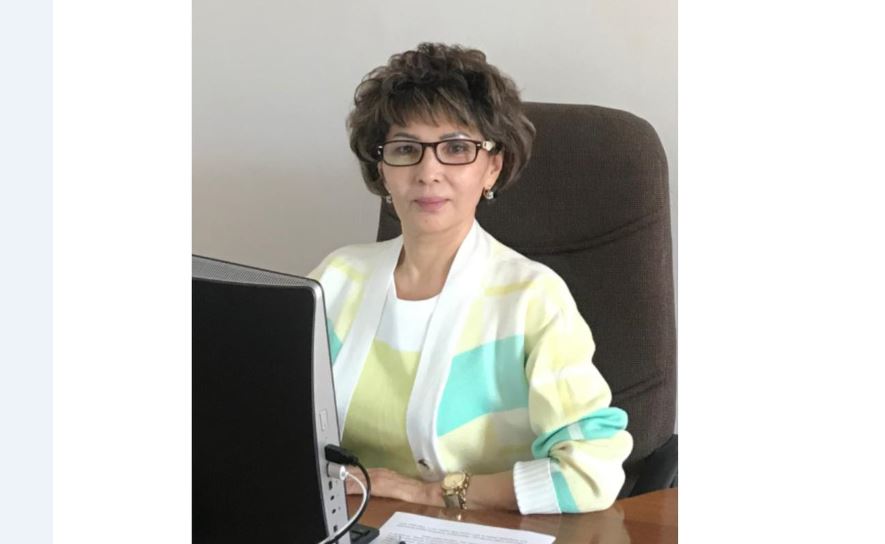 The occasions of “Tragic January” made the entire Kazakh people think of not only their personal problems but also a global nature, relating to the entire existing system of our entity. It is definitely true that at the dawn of independence, the people of Kazakhstan were full of enthusiasm, and turned to the “mountains”. Unprecedented opportunities opened before the citizens in the political, economic, socio-cultural, and other spheres of life. Over the past thirty years, the republic has achieved tremendous success, even though a specific scientific elite has been established in the country as well.

At the same time, the reforms that have taken place in the system of science and higher education over the past years, have not always found the perception among domestic scientists. For today`s material, our portal has interviewed the Head of the Center for Public Research “Gylym Ordasy”, Candidate of Historical Sciences, Associate Professor of A.S. Waltaeva, in order to investigate the steps that the scientific community is taking in the new prevailing realities. It is worth noting that Altyn Slyamkaidarovna is an official delegate of Kazakhstan's National Congress of Historians, as well as the Head of the Center for the Preparation of Undergraduates and Doctoral Students, which is dedicated to the education of a new generation of scientists.

In recent years, the volumes and types of funding for research institutes have increased dramatically, and new opportunities have appeared for foreign internships of scientists. It is planned to include the salaries of leading scientists in the base funding. If earlier competitions for the grant and program-targeted financing were announced for only 1-3 years, now they are provided for 5 years.

At the same time, it is definitely an obvious thing that new tasks in science require a decent staffing.

At the meeting of the Lower House of the Parliament of the Republic of Kazakhstan on January 11, 2022, the Head of State Kassym-Jomart Tokayev set clear tasks for the necessity of rethinking and developing all spheres of life in our society, particularly education and science, in his speech “Lessons learned from the “Tragic January”: the unity of society is a guarantee of independence”.

The first productive post-January steps are being actively taken in our country. Minister A.K. Aimagambetov is firmly convinced that all the personnel decisions in the fields of education and science should be made through transparent, equal competitions based on fair competition, training of highly qualified youth aimed at professionalism and change.

On February 2, 2022, the Forum of Higher Educational Institutions was held to develop the integration of science and education under the auspices of the Ministry of Education and Science of the state. In his report, the minister noted the importance of integrating science, education, and production to prepare the next generation of future socialists, the scientific and innovative development of both universities, and the potential of future research institutes. Therefore, an important moment was the signing between the Chairman of the Board, a tutor of the Kazakh National University and directors of research institutes of the Science Committee of the Republic of Kazakhstan. Economy by A.A. Satybaldin, General Genetics and Physiology by L.B.Dzhansugurova, Biology and Biotechnology of Plants Problems of biological safety by K.J. Jambakin, K.D. Zakarya, History and Ethnology by Ch.Ch.Valikhanov, Z.E.Kabuldinov, the combustion issues by T.A.Ketenov, R.B. Suleimenov by Oriental Studies, D.Masimkhanuly, M.O. Auezov by Literature and Arts, K.S. Matyzhanov Geography and water safety. Information and Computational Technologies by A.R. Medieu G.M. Mutanov, A.Kh.Margulan and A.Ongaruly Archeology, Mathematics and Mathematical Modeling M.A.Sadybekov, Philosophy, Political Science, and Religious Studies S.T. Seidumanov, Mechanics and Engineering Science, academicians U.A. Dzholdasbekova and A.K. Tuleshov, Linguistics named after A. Baitursynov and A.M. Fazylzhanova, Molecular Biology and Biochemistry named after M.A. Aitkhozhina and K.O. Sharipov, Zoology by R.V. Yashchenko. One of the central points of the document is the confirmation that the scientists of scientific research institutes are not rivals or competitors, but comrades-in-arms in the training of young scientific academic staff. More than thirty bilateral agreements on further cooperation were also signed between the tutors of the universities of the state and the directors of the Research Institute of the CS of the MES.

On February 4, a meeting was held at the KazNU named after Al-Farabi with the director of the Institute of Economics, A.A. Satybaldin, General Director of “Gylym Ordasy”, L.P.Abubakirova and the Head of the Center for the Training of Scientific Academic Staff, A.S. Ultaeva with the leadership of the university, where important issues of strengthening the mutual participation of scientists were discussed not only in the educational process, but also in scientific projects, both at the research institutes and university. Moreover, it was emphasized that the level of remuneration of involved scientists will be equal to the salary of the full-time teaching staff of the university in the issue of remuneration of scientists. A mutual laboratory and study base will also be formed to ensure the particular passage of the analysis practice of students and joint research by scientists.

Every Kazakhstani must take an active civic stand. It must be perceived that the future of our country depends on the activity of the scientific community.

Author: Aliya Kulmagambetova
Use of materials for publication, commercial use, or distribution requires written or oral permission from the Board of Editors or the author. Hyperlink to Qazaqstan tarihy portal is necessary. All rights reserved by the Law RK “On author’s rights and related rights”. To request authorization email to mail@e-history.kz or call to 8 (7172) 57 60 13 (in - 1163)
Қазақша Русский English
MOST READ
Month Year
A role of Buddhism in formation of Central Asian mythologies
From the story of a blood feud
Kazakh historical drama Tomiris premiered in Istanbul
ALASH IDEA IS THE PROTECTION OF KAZAKH STATEHOOD
Stolypin about the worries and hopes of immigrants to the Kazakh steppes
A tireless explorer of the Kazakh land
SWITCHING TO THE LATIN ALPHABET – UNITE ALL KAZAKH PEOPLE
Kunaev Dinmukhamed Akhmedovich
People who eat horses will kill you
Kazakhstan's participation in the Winter Olympics has a long history
Rebooting a field of science and education
Recorded history of Kazakhstan. Part 1
Historical Dates on the Bosphorus
Recorded history of Kazakhstan. Part 2
Materials on theme
Today at 7 pm on the Internet-portal e-history.kz the direct translation of the theatre show “Mangilik El” will be on
With gratitude and respect to the older generation
Cultural tour at the Museum of the History of Astana
Remembering Turar Ryskulov