Home News How had the World War II been started?

How had the World War II been started? 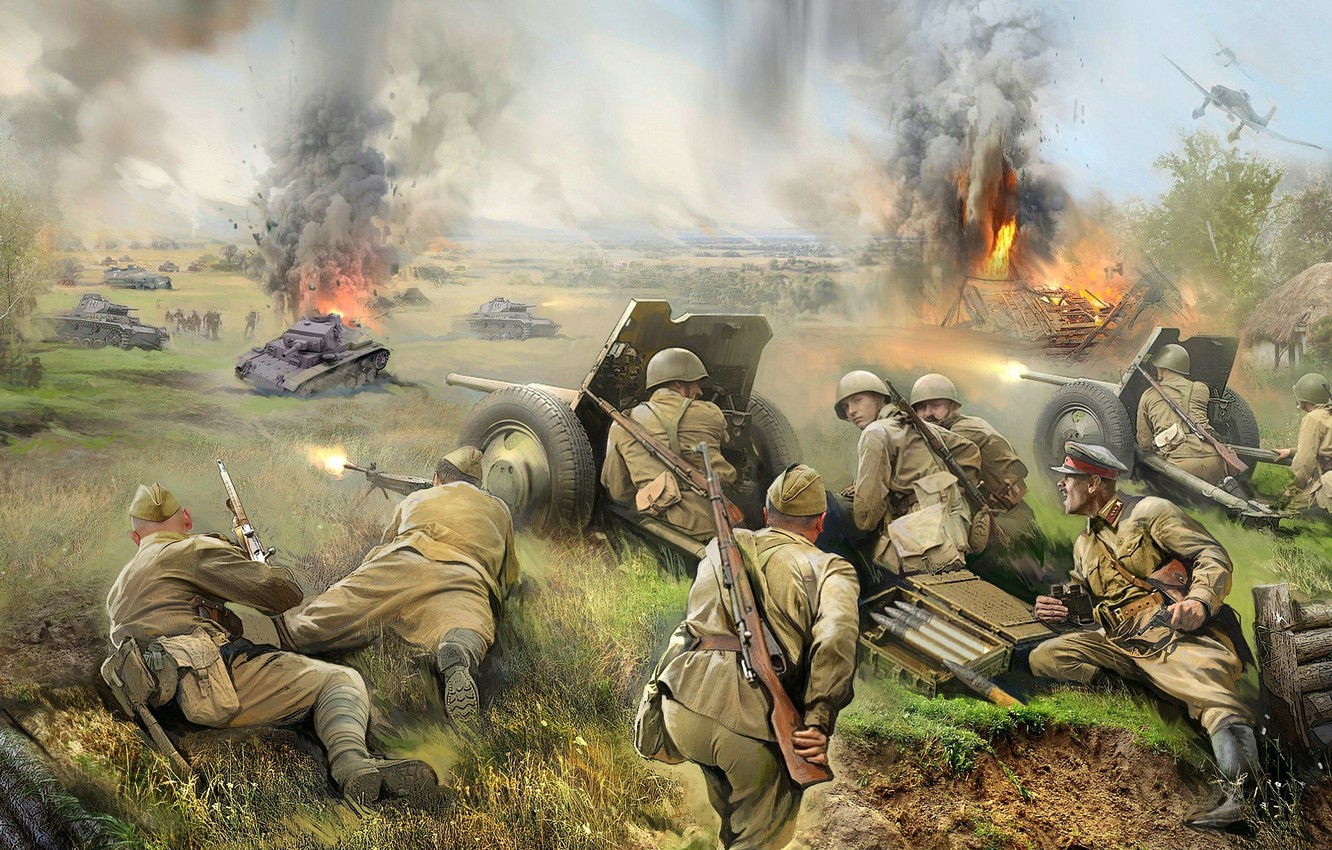 Who can control the ugliness of time? This year marks the 75th anniversary of the Second World War. In fact, the World War I or World War II was a battle between the great powers that fought for the domination of the world. Now, let's emphasize this word to it. In fact, the World War II had been a joint economic and political project of the USSR and Germany. The plan, that began with the partition of Poland, has escalated into the feud between the two countries, with the intervention of other giants.

Who can control the ugliness of time? This year marks the 75th anniversary of the Second World War. In fact, the World War I or World War II was a battle between the great powers that fought for the domination of the world. Now, let's emphasize this word to it. In fact, the World War II had been a joint economic and political project of the USSR and Germany. The plan, that began with the partition of Poland, has escalated into the feud between the two countries, with the intervention of other giants.

Here is how the “Second World War had been started. Who will finance it?” It is obvious fact that there is no legitimate question. In 1933, a book was published in Netherlands. This work, entitled Sindhi Warburg, outlined almost all the plans for the coming front. Although the author of the book is still unknown, some researchers say that the work belongs to the Warberg`s family. However, the Warberg family denied all the allegations. The New York Times reported on this famous work in its issue from November 24, 1933. Now, let's talk a bit about what the book is all about. The book goes on to say that British banks were directly financing Hitler, as well as large financial groups, such as Wall Street behind the major projects, such as the “Dawes Plan” and “Jung”. We all know that it was Wall Street, the bankers who ruled Europe at that time, and the Roshild dynasty. In general, the economies of the two war-torn countries suffer greatly. On the contrary, the giants who organize and talk about it will benefit greatly. This can be compared to the promoter who makes a profit by fighting one or two boxers in a video. They are not the organizers of the bloodbath, in fact, both of them.

In an emergency meeting in 1943, Roosevelt and Churchill agreed that “Germany must be defeated”. By the way, almost all of this was mentioned in the book above. From this, we can immediately see that the beginning and the end of this war were all planned in advance.
Thus, while the financial groups such as the Roshild dynasty benefited from the war, warring nations such as the USSR and Nazi Germany had suffered greatly. This year is the 29th anniversary of our independence. The independent point of view itself is an alternative to the concept of freedom. In general, the manifestation of the state's independence must be seen in the freedom of thought of the person first, who makes it up. Because, the main form of independence is a person.

If, the people of this country do not have their own point of view, then the independence will not have much meaning. This is one of the most important issues of historical consciousness.

It is time to look at the history of the Second World War in a different light. According to the scientists, the “Achievement” of Stalin, who lost more than 43 million people, is a real victory today. Let's call it one. Secondly, the spiritual consequences of the war are devastating. For example, the worst thing about the war is that only the heads of the big ones are destroyed and only the small ones are sorted out. Now, whoever makes up that socially vulnerable group is the elderly and the sick, criminals and swindlers.

Not to mention the demographic impact of the war, the spiritual quality of the nation will inevitably decline.

At the same time, it is known that when the law does not work, the name of abuse and crime will be protected. Now, it is well-known that a weak widow is often approached by the weak widow. There are only words left in life.

An erudite scholar, Talasbek Asemkulov wrote in one of his articles: “War, as a social cataclysm, has a negative impact on the social organism. Rinses out the best, finest elements in it. ... But this is just the beginning. As Benjamin Franklin once said, “According to the war bills, the payment will be after the war, not during the war.” Compared to the total post-war losses, the qualitative losses of the war were like a drop in the ocean. This loss is related to the law of heredity, human generosity. As the seed is, so will the future produce. It is known that dead veterans do not give birth. The War leaves the bad and the bad things are alive, and thus opens the way for the maturity and prosperity of the poor people. According to the law of heredity, the whole generation is bad and uneven. As a result of the “Re-sorting” of the war, the good ones, who should be at the forefront in peacetime, die, and the bad and the poor come forward. “Their blood is flowing in the veins of the people, now”. Good bye...

Now, the epidemiologists say that the coronavirus epidemic, which is causing a stir in the world, is no less than in the previous war. It is known that during this time, along with the name of the pandemic, the word “Biocontrol” began to be used.
It is known that bioterrorism is not only a bacterial and viral virus that exacerbates various epidemics and diseases, but also a problem at the genetic level.

“The main difference between the bioweapons and other weapons is that they are not felt, seen, touched or heard by the human senses, they have no smell, color, shape and weight”, the scientists say. In any case, we hope that this epidemic, that some experts call the “Third World War”, will be eradicated.

Author: Ykylas Ozhay
Use of materials for publication, commercial use, or distribution requires written or oral permission from the Board of Editors or the author. Hyperlink to Qazaqstan tarihy portal is necessary. All rights reserved by the Law RK “On author’s rights and related rights”. To request authorization email to mail@e-history.kz or call to 8 (7172) 57 60 13 (in - 1163)
Қазақша Русский English
MOST READ
Month Year
Recorded history of Kazakhstan. Part 2
Heroic mothers of the great steppe
How had the World War II been started?
Philosophy of the Emblem
14 monuments at Tekturmas
The rural akims: the country's hope is in the elections
Kazakh historical drama Tomiris premiered in Istanbul
Stolypin about the worries and hopes of immigrants to the Kazakh steppes
ALASH IDEA IS THE PROTECTION OF KAZAKH STATEHOOD
A tireless explorer of the Kazakh land
SWITCHING TO THE LATIN ALPHABET – UNITE ALL KAZAKH PEOPLE
Kunaev Dinmukhamed Akhmedovich
People who eat horses will kill you
Materials on theme
On Kazakh Traditional Hats
Zhusupbek Aymautov. Last years of his life
As Akmola was restored
Aytys between Suyunbay and Katagan