Karaganda coal and the merchant Ushakov 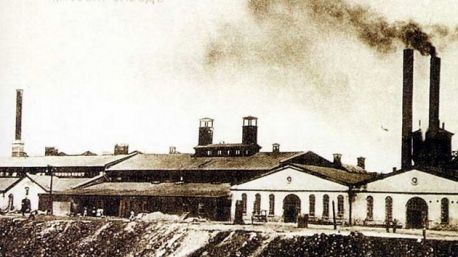 Karaganda received a status of the city in February 1934. More than a hundred years before the publication of the decree of the Presidium of the All-Russian Central Executive Committee had been released, the events that led to this started to take place. Qazaqstan Tarihy will talk about where Karaganda got its name from, who was the first one to find Karaganda coal and what role the merchant Ushakov played in this.

It is definitely true that the name of the city of Karaganda is directly related to a local flora. Since the ancient times, the Southeast area of Akmolinsk’s region has been covered with feather grass, wormwood and caragana bushes. A thorny caragana predominated in these marginal, saline lands. That`s why, the Kazakhs called the whole area "Karagandy", which can be translated into Russian as "Karagannikovaya".

A history of Karaganda is practically inseparable from the history of the discovery and development of Karaganda coal basins. There are several points of view relating to who was the first person to discover Karaganda coal. Appak Baizhanov was the first one who told the story about the houseboy and a monument in his honor was erected in 1999 at the entrance of Karaganda Regional Museum of Local Lore. According to this legend, in 1833, Appak Baizhanov discovered a placer of black stones, that burned very well, at one of the marmot holes in Karagandy-basy tract, on the territory of modern shaft Severnaya.

Many years later, the writers Mazhit Dauletbayev and Abdolla Assylbekov met one of Appak's relatives, Omar Bayzhanov, in Karaganda and based on his words, they compiled a biography of the person who discovered Karaganda to the world. This article was published in one of the republican newspapers in 1932 and it made Appak Baizhanov as the discoverer of Karaganda Coal-Basin. Twenty years later, in 1953, Gabit Musrepov repeated this legend in his novel “Awakened Land”:

«Once Appak Bayzhan's son found a pile of shiny coal, which was thrown out of the hole by a marmot. The boy called his father. Together they dug a hole with a marmot, and there was apparently invisible coal. Since then, Bayzhan generously released sacks of coal to relatives every autumn».

In general, the legend about the shepherdess Appak is repeated subsequently in all the literature about Karaganda, and the coal mine, a street in the village of Kuryanovka and the current Nurken Abdirov`s Avenue in Karaganda will be named after Appak later. However, along with the name of Appak Baizhanov, the name of the merchant Nikon Abramovich Ushakov is increasingly appearing in the history of Karaganda city. In Soviet times, they could not call him a pioneer, because he was a merchant and was considered as the class enemy of the proletariat. However, back in 1928, an academician Kanysh Satpayev concluded in his research that he had discovered Karaganda and Saransk coal deposits.

The researchers note that Ushakov received the first permissible certificate for the right to prospect and develop various ores and metals in Western Siberia and in the Kyrgyz districts in April 1846. A year later, in July, together with an expedition from Petropavlovsk, he arrived to Saryarka and applied for the development of Saran coal mine along Sokur River. A little bit later, he was lucky to find rich copper deposits to the south, in Neldy tract, which would be called the Uspensky copper mine many years later. In 1848 Nikon Ushakov acquired the Neldy tract and the Saran coal mines.

It sounds interestingly that Ushakov could not use a coal that he found for the copper smelting, because at that time the copper on the coal was smelted only in Europe (particularly, in England), and in Russian territory, the copper was smelted at copper smelters supplied with charcoal. This process has required the right amount of forest, and if there were no problems with this in Western Siberia and the Southern Urals, then this issue was especially acute in the steppes of Saryarka.

The risk was great, but it was worth the effort. Ushakov sent the coal samples, found in the Saransk mines, to a laboratory in Barnaul, where it was found out that this coal could not be used in copper smelting due to its properties. Since the coal in Saransk mines has been recognized as unsuitable, in August 1854 Ushakov moved from Petropavlovsk with a reconnaissance party again and on the 1st of September he found himself in Karagandy-basy tract, the upper reaches of Korpekty river, not far from the present Maikuduk, where he began repeated surveys. After a short time, Ushakov's expedition has discovered several more coal seams. In commemoration of this event, Ushakov put up a bid post where it was written: "A starting point of the mines, which belonged to the second guild of Peter and Paul and merchant Ushakov, had opened on September 3, 1854".

Then Ushakov found the owner of these lands. It turns out to be a certain Utepov`s beit. A memorable event for the entire city took place on the 14th of March, in 1856: Ushakov bought a piece of land from Utepov in the Karagandy-basy tract, ten miles long and ten miles wide, with all the growth and content of the bowels, for 255 silver rubles. At that time, neither Ushakov nor Utepov knew what volumes of coal actually lay here.

A deal took place and in the same 1856, Ushakov began operating the Ivanovsky open-cut mine on the territory purchased from Utepov which was otherwise called "Kara-Zaboy". This year is considered as the beginning of the development of Karaganda Coal Basin. A year later, in 1857, Ushakov received a permission to build the Spassky`s copper smelter.

Ushakov was not prosperous merchant, and therefore he could not pull off an enterprise of such volume alone. Therefore, he invited his colleagues, merchants-gold miners Ryazanov, Zotov and Sevastyanov as equity holders. Ushakov's share in the enterprise was the smallest. He was an organizer, the ideological inspirer of this enterprise, and three others invested their finances there. Besides that, the business was justified itself: the plant started to produce a butt copper of very high quality, being inferior to the Demidov`s plant in Nizhny Tagil.

The plant has been working for several time and made a profit. According to the research by historians, the end of Ushakov's enterprise began with the death of Ryazanov. By the right of heritage, his share is taken by Ryazanov's widow, in accordance with the memoirs of contemporaries, she is a strong-willed, domineering, even a cruel woman. Shortly afterwards, Sevastyanov left the case, sold all his shares to Ryazanova and disappeared for a while. Then Zotov was rejected for the non-payment of contributions. This is how the widow of Ryazanov came face to face with the necessary connections, capital and Ushakov. She arranged a persecution and virtually destroyed his financial savings. She managed to take everything from him, forcing Ushakov to return to Akmolinsk, where he only had a house. When he already was in old age, he tried to open a new business, but Ryazanova overtook him and took away the property in Akmolinsk as well. He stayed with relatives. But Ushakov fought till the last. In 1874 he created a new Joint-Stock Company with the money of the merchant Mikhail Telegin from Yekaterinburg. They equipped a new expedition to Central Kazakhstan. Together they discovered three more coal deposits, three copper deposits and returned to Akmolinsk at the end.

On the 2nd October of 1874, Ushakov had created a new joint stock company, with the merchant's son Efim Arsentiev Telegin, who was also from Yekaterinburg. Nikon organized another expedition by Telegin`s money. And he discovered six new deposits of copper ore and coal. He submitted applications for the deposits to the government of Akmola district, but he died in the same year.

Author: Ayan Aden
Use of materials for publication, commercial use, or distribution requires written or oral permission from the Board of Editors or the author. Hyperlink to Qazaqstan tarihy portal is necessary. All rights reserved by the Law RK “On author’s rights and related rights”. To request authorization email to mail@e-history.kz or call to 8 (7172) 57 60 13 (in - 1163)
Қазақша Русский English
MOST READ
Month Year
Stolypin about the worries and hopes of immigrants to the Kazakh steppes Kazakh historical drama Tomiris premiered in Istanbul
Karaganda coal and the merchant Ushakov The great son of the great steppe Kazakh dissidents: Amangali Kenzheakhmetuly, known as the “Gang” Kassym-Jomart Tokayev sent a telegram to UN Secretary General António Guterres History of pandemic in Central Asia Living for the Kyrgyz account The excavation works in the town of Syganak A death of Ulugbek Heroic mothers of the great steppe How had the World War II been started? 14 monuments at Tekturmas The rural akims: the country's hope is in the elections

Materials on theme
Astana – capital of Kazakhstan
Traditional life in the steppe: Kazakh signs and beliefs – from cradle to the old age
Nursultan Nazarbayev and the statehood of Kazakhstan
The World of Magic