Remembrance Day for Victims of Political Repression and Famine 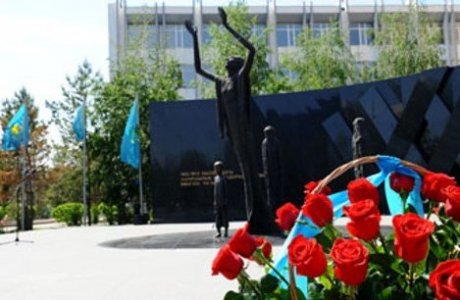 May 31 – Remembrance day of victims of political repression and famine. This date has been celebrated in our country since 1997.

Work to rehabilitate and restore the rights of illegally repressed citizens began after Kazakhstan gained independence. On April 14, 1993 the Law "On rehabilitation of victims of mass political repressions" was adopted.

In 1997, by the Decree of the President of the Republic of Kazakhstan, May 31 was declared the Day of Remembrance of Victims of Political Repression.

Of course, and the first famine was tragic. The first famine took place in 1919-1922. During these years, about 1.5 million people died of hunger. The second famine took the lives of 2.5 million people. According to some researchers, Kazakhs have experienced another third wave of famine since World War II. Thus, famine in Kazakhstan can be divided into three periods:

The third period of famine is associated with the post-war economic situation in the country. The number of victims is still unknown. Like the two previous famines, this famine was also kept secret from the people.

Today's research shows that more than half our people have died as a result of hunger. And 200 thousand Kazakhs have migrated to other states.

In the report of the Chairman of KazCC Seyitkali Mendeshev, which he read at the II session of KazCC on July 8, 1922, it was stated that according to incomplete information the number of hungry people reached 2 million 832 thousand people. Of these, 50.3% are Kazakhs, 31.2% are Russians and 14.4% are Ukrainians.

Mass repressions did not bypass the Kazakhs. In the republics of the Soviet Union, the repression began in 1928. Alash figures were the first to be arrested in Kazakhstan. They were accused of "nationalism." As a result, Alikhan Bokeikhanov, Zhakyp Akbayev, Alimkhan Yermekov, Sanzhar Asfendiyarov, Ahmet Baitursynov, Beyimbet Mailin, Magzhan Zhumabayev, Abdulla Rozybakiev, Turar Ryskulov, Mukhamedzhan Tynyshbayev, Iliyas Zhansugurov and many others were arrested and shot.

According to official data, more than 103 thousand people have been repressed in Kazakhstan. More than 25 thousand people were sentenced to the highest punishment - execution. Among them were scientists, cultural and political figures, doctors and others.

During the repressions 800 thousand Germans, 102 thousand Poles, 19 thousand Koreans, 507 thousand representatives of the North Caucasian peoples were forcibly deported to Kazakhstan. Crimean Tatars, Turks, Greeks, Kalmyks and other peoples were deported along with them. In general, according to the data, more than 1 million 500 thousand people were deported.

Thus, in a short time, the Kazakh steppes turned into a camp. In Kazakhstan, ALZHIR (Akmola camp for the wives of traitors to the homeland), Karlag (Karaganda labour camp in the system of the Gulag of the NKVD of the USSR) and Steplag (camp for political prisoners) were established. Not only the repressed themselves were imprisoned in these camps, but also their loved ones.

At one time, Akmolinsk was a detention center for the repressed. Three of the 953 camps that made many human lives hell were located in our country. Among them, ALZHIR, whose name shuddered the hearts, was the largest place of torture where women were held. About 30 thousand women of 62 nationalities served their sentences here. This camp was organized by the order of the NKVD of the USSR on August 15, 1937 in the village of Tonkeris (Malinovka) near the town of Akmolinsk. "ALZHIR" camp occupied 30 hectares of land. The camp had several branches in Karaganda and Akmola regions. Women in the camp worked 18-20 hours a day. They mowed reeds on Lake Jalanashkol, which was near the camp. 40 sheaves of reeds were supposed to be made a day.

As a whole, during the period from 1921 to 1954 in the former USSR 3 million 777 thousand people were innocently condemned, from them 642 thousand were shot.

Author: Dana Tugambekova
Use of materials for publication, commercial use, or distribution requires written or oral permission from the Board of Editors or the author. Hyperlink to Qazaqstan tarihy portal is necessary. All rights reserved by the Law RK “On author’s rights and related rights”. To request authorization email to mail@e-history.kz or call to 8 (7172) 57 60 13 (in - 1163)
Қазақша Русский English
MOST READ
Week Month Year
History of pandemic in Central Asia
History of Wusun State and Yuezhi tribe THE GREAT SON OF THE GREAT STEPPE Where did Tengriism come from? Armenians and their kinship with the Kazakh people Online documentaries Today is Kazakhstan Police Day Nurmukhan Zhanturin. Actor who played himself Aytys between Suyunbay and Katagan Doctors-comrades-in-arms of A. Bukeyhanov Nurtas Ondasynov. Kunayev’s Chief We need to know the light and dark pages of history - Makhabbat Kozybayeva Symbols of people's hope and dreams

Materials on theme
On Mustafa’s prophecy
Kazakhstan in Middle Ages: Turkic Khaganate
National emblem of Kazakhstan
FLESH AND BLOOD OF HIS PEOPLE