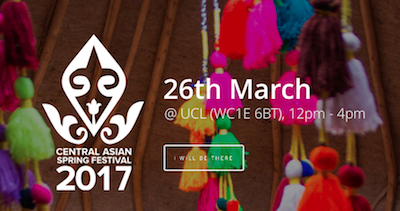 Several years in a row, Kazakh students in London tell about Kazakhstan and promote Kazakh national customs and traditions

Central Asian Spring Festival “Nauryz” (also known in various countries as Novruz, Navruz, Nooruz etc.) is a day of rich cultural heritage and is celebrated for many centuries in the countries of the Caucasus, the Middle East, Central and West Asia.

In its essence, the celebration includes the concepts of peace, mercy, purity and love, the holiday is historically equivalent to the New Year - the flowering and awakening of nature, the period of revival and the time of new beginnings.

In London, representatives of various organizations and communities joined forces to carry this tradition in the UK. The success of this event has grown and became widely known in London as the Central Asian Spring Festival (CASF). Like previous festivals, CASF 2017 was held at University College London (UCL), Gower Street.

This year is the eighth celebration of Nauryz. Countries like Azerbaijan, Kazakhstan, Turkmenistan, Kyrgyzstan, Afghanistan, Tajikistan, Iran, Turkey, East China, Tatarstan (a constituent entity of the Russian Federation) and Uzbekistan were represented at the festival. The festival attracted about 2,000 participants.

Guests of the holiday were entertained by bright performances of various musical and dance ensembles, sports events (wrestling, tug-of-war, backgammon), as well as cultural exhibitions.

Organizers (CASF) will donate most of the proceeds from the festival to charity in the Central Asian region: educational programs, as well as health care in orphanages, foster families and schools for children with disabilities. With the help of the CASF, more than 25 charitable projects have been implemented over the past seven years. 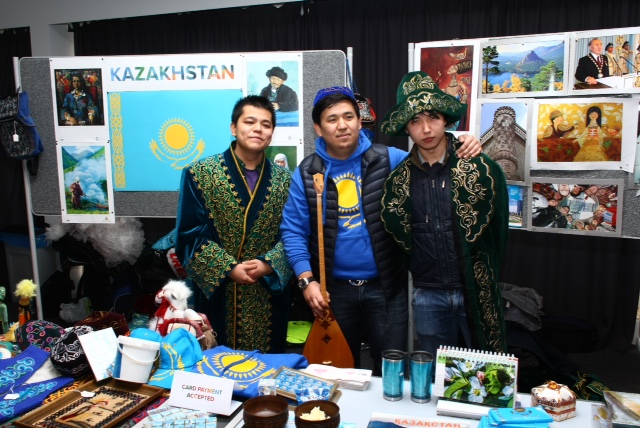 According to Raiymbek Kassenov (from Kokshetau), a Kazakh student of Regent’s University London, the project's intention is to tell and show the features of our region to those who can not yet distinguish Kazakhstan from Afghanistan or Uzbekistan from Pakistan. The goal was achieved through folk music and dances, a unique cuisine, which is a real exotic for the British, sports, customs and traditions, art and literature, as well as an exhibition with national souvenirs. 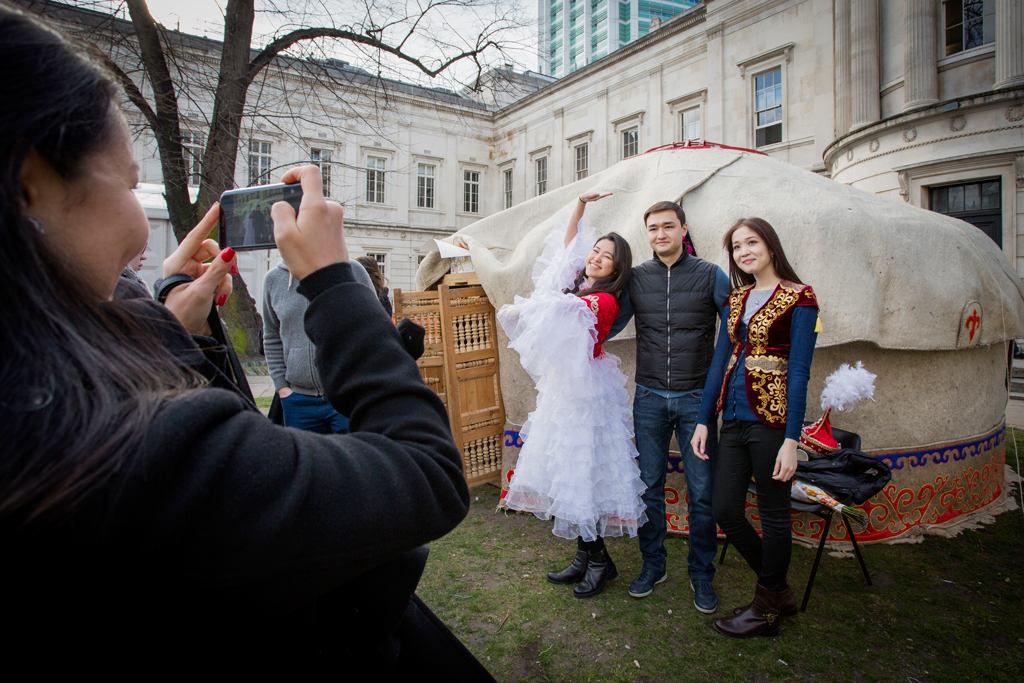 We recall that the initiative came from students from Central Asian countries studying in London. The starting year for the festival was 2010, and at that time the number of guests was 200 people, after 7 years - 2500. In the same year, four countries participated: Uzbekistan, Kazakhstan, Tatarstan and Azerbaijan. Over time, a number of participants joined another state - Tajikistan, and today the festival was joined by Turkey and Afghanistan - 2016 for them was debut.

The idea of ​​creating the project came to the minds of the founders after they arrived in London and realized that there are very few people who know about the culture of Central Asia. Then it was decided to collect the Central Asian peoples in Europe and to acquaint the Old Continent with the culture of the East from all sorts of aspects.

London is an international city, and there are many different people here - Europeans, Asians, Americans, who are interested in the culture of this region - many even consider these countries exotic.

Use of materials for publication, commercial use, or distribution requires written or oral permission from the Board of Editors or the author. Hyperlink to Qazaqstan tarihy portal is necessary. All rights reserved by the Law RK “On author’s rights and related rights”. To request authorization email to mail@e-history.kz or call to 8 (7172) 57 60 13 (in - 1163)
Қазақша Русский English
MOST READ
Month Year
The referendum on the Constitution is a significant stage of democratization
Philosophy of the Emblem
The rural akims: the country's hope is in the elections
Kazakh historical drama Tomiris premiered in Istanbul
Stolypin about the worries and hopes of immigrants to the Kazakh steppes
ALASH IDEA IS THE PROTECTION OF KAZAKH STATEHOOD
A tireless explorer of the Kazakh land
SWITCHING TO THE LATIN ALPHABET – UNITE ALL KAZAKH PEOPLE
Kunaev Dinmukhamed Akhmedovich
People who eat horses will kill you
Kazakhstan's participation in the Winter Olympics has a long history
Rebooting a field of science and education
Recorded history of Kazakhstan. Part 1
Materials on theme
Decree of a Leader of the Nation - 26 years
Kazakh pilots of the Soviet times
Secrets of the valley of Sak kings
They wrote the country chronicle