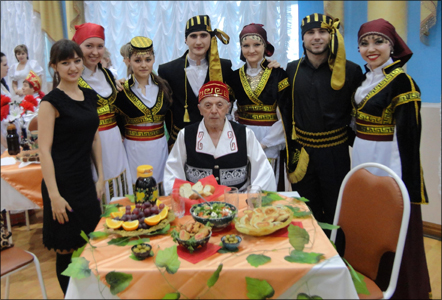 At the present time the number of it comprises about 8 million people (in Greece itself reside approximately 11 million Greeks). The representatives of Diaspora live all around the world, especially, in the largest countries such as the USA, Russia, Germany, Great Britain.

Diaspora started to from in the period of Antic , at that time when the colonization of Mediterranean and Greater Black Sea area happened. Greeks started to inhabit trade cities located near the sea. The conquers of Alexander the Great brought to the fact that Greeks inhabited several sufficiently large cities, for instance, at that time appeared the huge Diaspora in Egypt that existed up to the middle of XX century.

After the Crusades in 1204 Greeks started to settle to West Europe, where successfully found the appliance at universities teaching the Greek language and culture. On the eve of final fall of Byzantine empire Greeks settled to other countries of Europe, mainly, to Italy. In Russia also existed their Diaspora.

Enough to remember Sophia Palaeologist, who married Ivan III and who became Moscow princess. Kazakhstani Greeks – a part of Greek ethnos, descendants of Greeks, who lived in the Russian empire.

As practically all of them have Pontic origin, regardless of the country of inhabitation is widely used the term “Pontic Greeks” or “Pontics” (ethnic group of Greeks, descendants from historical region of Pontus in the north-east of Little Asia of modern Turkey).

The first post-revolutionary census of the population in the Soviet Union in 1926 revealed in the whole Kazakhstan only 157 Greeks. One of the most touching pages in the history of Greeks was Stalin’s deportation. Practically the great part of Greeks living in the north-eastern coast of the Black sea was deported to Kazakhstan and Uzbekistan. In 1930 to Kazakhstan were deported   several hundred de-kulakized Greeks from Sochi, Adler, Lazarevsky, Tuapse and continental part of Krasnodar land. Greeks were sent to the settlements of Emba (Aktubinsk oblast), Oakarovka (Karagnada oblast), to the lake of Balkhash and the village of Avak (near Chilik in Alma-Ata oblast).

The second half of 1930s meant the republic as the most “perspective” on the part of the resettlement of the huge army of sent and special settlers. Sharply increased the number of Greeks. By the end of 1930 in the republic they were already 1349 people. The main part of Greeks found themselves in Kazakhstan in 40s in connection with the deportation from the places of traditional inhabitation – mainly from Georgia, Crimea, Azov area. The majority of Kazakhstan Greeks who are at the present time over 60 years was born outside Kazakhstan, younger - in Kazakhstan, During several years after deportation to Kazakhstan Greeks as well as the representatives of other deported people (Germans, Polish, Koreans, Chechens, Ingushs, Turks, Kalmyks and others), had the status of special settlers and were shortcut in their civil rights.

In 1956 the status of special settlers was taken off but they were prohibited to return to the former place of living. As a result of that some ten thousands of Greeks settled in Kazakhstan and gained here new motherland. In the USSR in 1989 numbered more than 347 th. Greeks. The main regions of their inhabitation at that time were Greece (over 100 th.), Ukraine (over 98 th.), Russia (over 91 th.), and Kazakhstan (over 46 th.).

The flow of settlers from Russia and Ukraine to Greece was significantly less, thanks to that were saved the multiple settlements and community of Greeks. According to the data of the census of population of 2009 in Kazakhstan live about 9 th. Greeks or 0,06% from the common number of the whole population of the republic, Greeks inhabit predominantly in the south of the republic – in Almaty, Zhambyl, Almata, South-Kazakhstan oblasts, also in Karaganada oblast (the settlement of Osakarovka).

In the republic function 17 Greek community, entering the Association of Greek communes of Kazakhstan “Filia” (in translation from Greek – “Friendship”). The greater part of Greeks-repatriates who went out from former USSR to historical motherland, settled in North Greece, also in the south of the country in the city of Athens and its outskirts.

Kazakhstan Greeks - repatriates (on some data, up to 30 th people), living in Greece support the contacts with their relatives and friends in Kazakhstan. Former compatriots with warmth report on Kazakh people, housing  them in the hardest years. And it is only the little part of the history of Greeks whose fortune is connected with Kazakhstan. The people of Hellas lived and will live on the land of people of the Great steppe there where they gained the motherland and many friends. 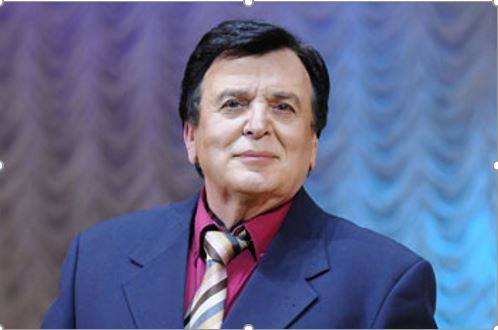 Laki Kesoglu – a famous Kazakhstan stage singer, teacher, people’s artist of the Kazakh SSR, “the most popular Greek of Kazakhstan”. He was born in 1939 in Batumi in Greek family.

In 1949 the family of Kesoglu along with other Greeks inhabited Georgia was deported to South Kazakhstan. Young Laki since the childhood sang a lot, participated in the amateur performance. In 1962 he finished Chimkent classical vocal (tenor, class of V.N.Orlenin) with honors and entered Alma-Ata conservatory.

He was taught classical vocal (tenor, class of V.N.Orlenin) in the repertoire were 5 opera party. Since 1967 he sang pop songs in pop-symphonic orchestra of the Kazakh radio and television.

In 1970 at IV All-Union competition of artiste in Moscow Kesog;u became the diplomat. After the performance in 1972 in Column hall of the House of Unions in Moscow he got the All-Union fame, in particular, with his song “Buzuki”. He was shot in the film of V.Tregubovich “Old walls” (1973 year), performing the role of the singer at the dance floor of the sanatorium.

Kesoglu became the irreplaceable participant of all the festivals in Kazakhstan. For a quarter of century of the work with the orchestra of Kazakh Gostteleradio he made more than 400 records. At the All-Union firm “Melody” were released about 2 million of records - the record for Kazakhstan. Since 2000 Laki Kesoglu at the pedagogic work, professor, head of the stage department of Kazakh national academy of arts named after Zhurgenov. 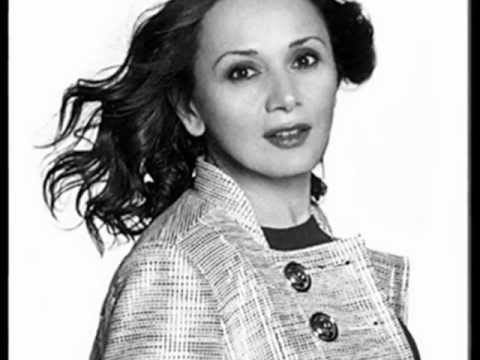 Elena Kelesidi was born in Pontinian family in Chimkent where in 1949 from Sukhumi was sent her father and gained his second motherland among Kazakh people, in an extremely friendly way treating guests. The music went to her life immediately from the very early childhood: amazing singer was her father, with pure and strong voice had his mother. Upon the completion of the musical institution Elena entered Almata conservatory where she engaged with vocal. In 1992 Eleni moved to Greece.

Next year she debuted on the stage of Greek National Opera Theater in two roles of the world classical repertoire. Constanta residents (“Abduction from seraglio”) and Dzhilda (“Rigoletto”). In 1996 the successful debut in “Traviata” on the stage of London Queen Opera starts with her international career and fruitful longstanding collaboration with “Covent-Garden” (main roles of Cleopatra, Shemakha tsarist, Juillet, Margarita in “Faust”, Mimi in “Bohemia”).

At the festival Irodio Eleni shined with the performance of the main female role in the opera Leonkavallo “Payatsy” and main parties in “Carmen” and “Turandot”. Elena Kelesidi regularly gives solo concerts of Greek and Russian music. 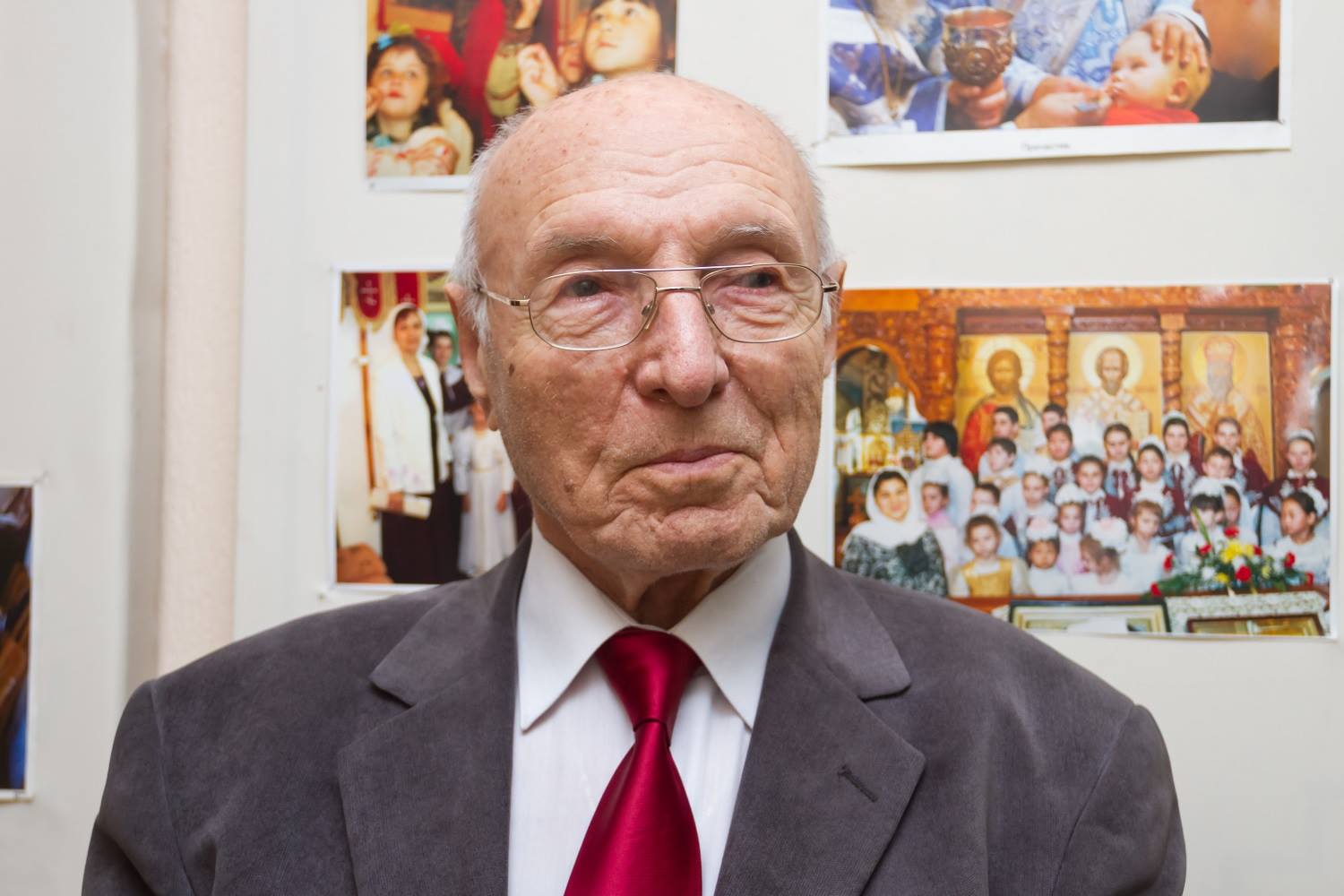 Kosmeridi Spiridon Georgievich – honored architect of Kazakhstan, pedagogue, scientist, publicist, public activist. In 1942 he arrived at the Kazakh land with his parents from Krasnodar region. Being the adolescent, he worked as a loader, hammerer, check-man at the station of Chemolgan in Almata oblast. In 1946 he got the first award – medal “For Valiant Labor in Great Patriotic war 1941-1945 yy.”

In 1961 All-Union Correspondence Engineering Institute, in 1974 – Postgraduate program of the Department of Architecture at the Kazakh Polytechnic Institute. Since 1989 Kosmeridi is the irreplaceable Chairman of Greek cultural center “Eos”. He was awarded the “Sign of the Honor” and 16 state medals. In 2012 the President of Greece awarded Kosmeridi with the medal “Silver Christ Feniks”.

Metropolitan of Astana and Kazakhstan Alexander rewarded S.Kosmeridi with the medal “To noble people”. “For the consideration to the works on the fortification of traditional spiritual and cultural values “Algys” – ‘Gratitude”, - it was said in the certificate of appreciation which is enclosed to the reward.

Use of materials for publication, commercial use, or distribution requires written or oral permission from the Board of Editors or the author. Hyperlink to Qazaqstan tarihy portal is necessary. All rights reserved by the Law RK “On author’s rights and related rights”. To request authorization email to mail@e-history.kz or call to 8 (7172) 57 60 13 (in - 1163)
Қазақша Русский English
MOST READ
Month Year
Kazakh historical drama Tomiris premiered in Istanbul
ALASH IDEA IS THE PROTECTION OF KAZAKH STATEHOOD
Stolypin about the worries and hopes of immigrants to the Kazakh steppes
A tireless explorer of the Kazakh land
SWITCHING TO THE LATIN ALPHABET – UNITE ALL KAZAKH PEOPLE
Kunaev Dinmukhamed Akhmedovich
People who eat horses will kill you
Kazakhstan's participation in the Winter Olympics has a long history
Rebooting a field of science and education
Recorded history of Kazakhstan. Part 1
Historical Dates on the Bosphorus
Recorded history of Kazakhstan. Part 2
Materials on theme
Culture role in formation of the human capital
M. Kozybayev’s contribution in school history education
Human capital as basis of formation of innovative culture of the Kazakhstan society (social and philosophical analysis)
Healthcare in Kazakhstan