Value of independence and historical consciousness of people of Kazakhstan 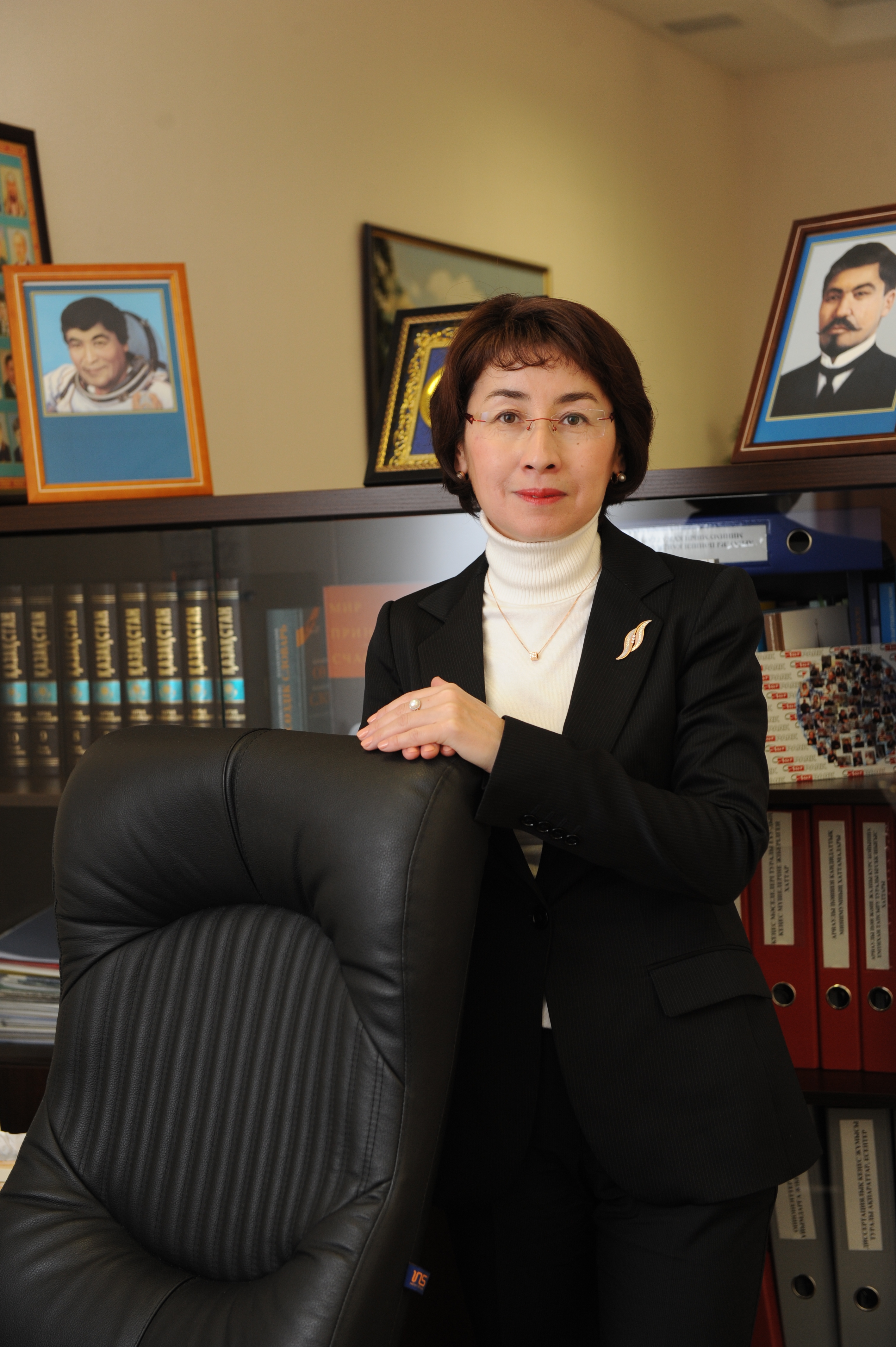 Independence — truly a special page in the history of the state and nation, centuries-old dream of Kazakh people come true. The acquisition of state sovereignty — is the result of struggle, aspirations and expectations of previous generations.

Nazarbayev and independent Kazakhstan — two inseparable concepts. In the life of our country there is no area where would anyway not traced the role of the First President of the country Nю Nazarbayev. Personality of the President is an example of a bright, charismatic political leadership, wise foresight, brilliant reformism and serving the people. Scientists will truly appreciate the role of President Nursultan Nazarbayev in Kazakhstan statehood, strengthening its position in the world community. We moderns can rightly be called the role of large-scale and multi-faceted.

Comprehension and perception of public opinion leader formulated seven key pillars of the nation, gaining independence and they are: 1) «our sacred, worthy of the country»; 2) «the unity of the people», 3) «our culture and native language»; 4) «industrial-innovative economy»; 5) «Universal Society of Labor»; 6) «the capital of Astana»; 7) «global responsibilities common to all mankind initiative» requires a mature level of historical and political consciousness of Kazakhs, and the above-mentioned domain are promises and incentives to upgrade quality of the nation, to achieve a high level of civic and moral culture of the society, the standard of quality of life.

With confidence we can point out that during Independence unlocked the creative potential of the nation. For a little over two decades, Kazakhstan has become a modern competitive state system to successfully implement political, economic and social reforms.

Kazakhstan owes its success to the policy of stability and harmony. According to opinion polls, the majority of citizens believe the independence and stability of the biggest achievements of Kazakhstan. Built in the heart of Eurasia capital — Astana — became a symbol of Independence of Kazakhstan’s people and the visible manifestation of the public success of the First President of the Republic of Kazakhstan.
Independence gave us a great, unseen before opportunities — freedom. Today people of Kazakhstan are the masters of their own destiny. The society has increased interest in their own history, which is one of the most important factors in the development of national identity and spirituality. And here it should be noted the role of the Head of State in the formation of identity and historical consciousness of Kazakhs and national values.

N. Nazarbayev wrote in one of his works that without a huge conscious work of millions of people without understanding their own role in the millennial history of the ethnic group, the more the complex and dramatic as the history of the Kazakhs, you cannot build a national idea. Kazakhstani society managed to maintain and enhance the development of positive models. Further strengthening of ideological bindings and values of Kazakh society: national history, language, unique culture and traditions of the people as the genetic code of the nation, Kazakhstan patriotism, political stability, tolerance, interethnic and interreligious harmony.
In modern conditions is particularly important role in strengthening the national history (state) identity and values of Kazakhstan. Construction of collective identity is an important component of internal policy of modern states. All nations of the world in one way or another have a policy identity and historical policies aimed at consolidating society. Tools of this policy is the official language, school and university curricula and history textbooks, the requirements related to the acquisition of citizenship, with the knowledge of the state language in employment of migrant workers, national symbols, holidays, etc.

In a famous article, the head of state program «Social modernization of Kazakhstan. Twenty Steps to Universal Society of Labour «importance, as is known, was attached to the need to build the educational process on innovative techniques and the special role of historical knowledge in addressing the challenges of becoming a person, citizen and patriot. Scientists of the Institute of History of State, established five years ago (it is also a testament to the confidence and power of independent state, is aware of the importance of studying its history), are involved in the development and review of textbooks and curricula on the history of Kazakhstan for universities and secondary schools, organize seminars and interactive platform on topical issues of teaching and learning of national history.

Now historians of Kazakhstan facing a series of problems caused by peculiarities of the current stage of development of the state. Modern historians have carried out scientific work in a completely different reality than their predecessors: a change of pace and structure of the historical time of rapid change, which had no parallel in the past. Those who write the history of modern Kazakhstan today are participants and creators of the modern history of the country.

Today research institutes included in the development of case studies in the implementation of the Strategy «Kazakhstan-2050». Priorities identified in the Strategy objectives and give new incentives for historical research. Kazakhstan’s experience in building a strong state role in this and the First President of the theoretical and methodological foundations of a new policy, reforms in the country in all spheres — all this becomes the subject of cross-sectoral research, including historical analysis.

In the context of globalization and the challenges of the 21st century civilization models in predicting the future development of both the country and the world in general, and the importance is given to the spiritual and ideological component of social development. Domestic and world historical experience provide an opportunity to revive the values and ideals of previous generations, which is especially important today in light of the problems of humanization of society. Morality and spirituality, knowledge of history, culture, language and traditions of the people to truly enrich and internally motivated person to new heights, to creative activity and a meaningful life. A source of spirituality — is the wisdom of centuries, generations, enlightening experience vivid examples of stories and images. For the younger generation is especially important to realize that the only knowledge, lofty thoughts and goals, life-purpose idea spiritualized man make it beautiful internally and externally. Modernization breakthrough for the country and the nation need a qualitative change in the consciousness of society, the development of civil society and citizen participation.

The main subject is the state politics of history, but the work of other actors — the scientific community, civil society — is also essential. At the current generation has a special historic responsibility — to preserve and increase gains, wealth Independence. Because the work requires constant consolidated all government and public institutions to promote the values and meanings of past and contemporary national history for further strengthening of Kazakhstan’s statehood.

Use of materials for publication, commercial use, or distribution requires written or oral permission from the Board of Editors or the author. Hyperlink to Qazaqstan tarihy portal is necessary. All rights reserved by the Law RK “On author’s rights and related rights”. To request authorization email to mail@e-history.kz or call to 8 (7172) 57 60 13 (in - 1163)
Қазақша Русский English
MOST READ
Month Year
The rural akims: the country's hope is in the elections Philosophy of the Emblem
Karaganda coal and the merchant Ushakov The great son of the great steppe Kassym-Jomart Tokayev sent a telegram to UN Secretary General António Guterres History of pandemic in Central Asia Kazakh dissidents: Amangali Kenzheakhmetuly, known as the “Gang” Living for the Kyrgyz account The excavation works in the town of Syganak A death of Ulugbek How had the World War II been started? Heroic mothers of the great steppe 14 monuments at Tekturmas The rural akims: the country's hope is in the elections