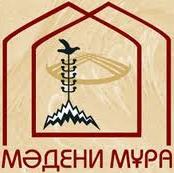 One of the main achievements of the period of independence is the revival and further development of the Kazakh culture, as well as cultures and traditions of ethnic groups living in Kazakhstan. 1990–2000s was undoubtedly a new stage in the history of the Kazakh culture.

With the development of independent Kazakhstan became possible revival of the cultural heritage. December 24, 1996, the Law of the Republic of Kazakhstan № 56-I «On culture» which regulate social relations in the creation, regeneration, conservation, development, use and distribution of the Kazakh national culture, the culture of other peoples of Kazakhstan.

Sustained economic growth in Kazakhstan has allowed optimally carry out reforms in the socio-cultural sphere. State Program was created to support culture, desigend for 1998–2000.

January 13, 2004 the President of the Republic of Kazakhstan Nursultan Nazarbayev signed a decree on the state program «Cultural Heritage», designed for 2004 — 2006 years. The program produced tangible results in the revival and development of the cultural heritage of the people. Since its adoption was revived 51 cultural and historical monument; on the territory of Kazakhstan were held 39 seasonal archaeological research on the excavated sites, settlements and settlements; 15 expeditions were organized in China, Turkey, Russia, Mongolia, Japan, Egypt, Uzbekistan, Armenia, the United States and Western Europe.

One of the main factors of the stable development is interfaith dialog. April 1, 2010 in Kazakhstan there are more than 40 confessions and denominations, and the total number of religious associations is 4 453. The republic has 3 333 places of worship, including 2 369 mosques, 265 Orthodox churches, 88 Catholic churches and 6 synagogues.

The heads of major world religions have been visited Kazakhstan.

The Head of State was an initiative of the forum of world and traditional religions in the capital of Kazakhstan — Astana. In 2003, during a visit to the Vatican head of Kazakhstan discussed this issue with John Paul II. As conceived by the President of Kazakhstan, the dialogue between the leaders of world and traditional religions had to open wide prospects for mutual cooperation and contribute to overcoming such negative manifestations such as violence, fanaticism, extremism and terrorism. President’s initiative has been successfully implemented in 2003, 2006 and 2009 held in Kazakhstan three Congress of leaders of world and traditional religions. Congress supported the idea of such influential politicians of the world, Kofi Annan, George Bush, Margaret Thatcher, Jiang Zemin, Nelson Mandela, Giscard d’Estaing, Mikhail Gorbachev and others.

Dialogue of religions became conceptual idea of 1st Congress of the Leaders of World and Traditional Religions. After the forum a declaration in which spiritual leaders announced joint action to promote peace and progress for humanity and ensure the stability of societies as the basis for a harmonious world in the future was adopted.

In 2006 in Astana was held 2nd Congress of the Leaders of World and Traditional Religions, chaired by President of the Republic of Kazakhstan Nursultan Nazarbayev. The congress was held in the new, especially built for the forum — the Palace of Peace and Accord — under the overall theme «Religion, society and international security» building.

In 2009, 3rd Congress of the Leaders of World and Traditional Religions reform was held. 77 delegates from 35 countries attended the congress.

In May 30–31, 2012, the 4th Congress of the Leaders of World and Traditional Religions was held. The main theme of the 4th Congress was «Peace and harmony as the choice of mankind». 85 delegates from 40 countries attended this congress.

Materials on theme
Ethno-confessional harmony as a factor of stable development in Kazakhstan
About reception and arrangement of repatriates at the beginning of 1990
Ethnocultural processes in Kazakhstan: history and present
Priorities of National education in the light of the message of the President of Kazakhstan "New Decade - New Economic Growth - New Opportunities of Kazakhstan"