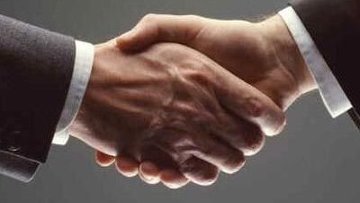 The operating effect of economic system is achieved by means of establishing and abidance of a game rules within a framework of specified social order and in conditions of political stability.

For the successful implementation of any idea there should be a plan, strategic vision of a future. As N.A.Nazarbayev has noted earlier:  “…it is necessary to see constantly the model of future in main view and in the form of concise short term goals, to, having taken any actions, constantly reconcile – whether we move the required direction or run off the course, beat the gun or get behind”. In this regard the relevance and timeliness of the Letter of the President of Republic of Kazakhstan – the Leader of Nation N.A.Nazarbayev to Kazakhstan’s people- are indisputable. The “Kazakhstan-2050” Strategy: the new policy line of an established state.

The special emphasis in the Letter is placed on the entrepreneurship. The special mission is assigned to it. For instance, it was said: “The analysis of an international experience testifies that the consolidation of entrepreneurs in chambers is one of the principal factors of economy efficiency, whereon it was made the “strong business-strong state” principle converts into a fact.

The economic system, as the practice has shown, having possessed the property of self-sustainability, cannot exist disconnectedly, since it inextricably connected with the human social medium. The operating effect of economic system is achieved by means of establishing and abidance of a game rules within a framework of specified social order and in conditions of political stability. The basic institute, which fulfills the function of stability and protection of public interests, is a state. The implementation of its economic line cannot always align with the interests of individual businessman and corporations. But in this case the emphasis in the Letter is placed on the smoothing of sharp corners, mending of a dialogue, search of common points of interests on basis of a joint cooperation mechanism in the form of state and business partnership.

The developed countries practice proves the significance and value of a small business development for economy. Thus, from 50 to 80% of a budget revenue side of developed countries the small business forms (in the EU countries – 70%, in Japan– 60%, in the USA – 40%). The share of small forms of enterprises in the entrepreneurial sector of economy is continually growing. This in large measure is connected to the people’s wish to be financially independent, self-actualize creatively. The statistics gives an evidence that at the present time 60-75% of all people in work is involved in the small business sector, and the number of small and medium-size enterprises is about 80% of the total number of enterprises.

According to data of Agency of Republic of Kazakhstan in the country upon the statistics as of January 1, 2013 operate 763 898 subjects of private enterprise. In the total number of SME the share of individual entrepreneur has composed 69,1%, peasant farm enterprises – 21,6%, legal bodies of a small business – 8,2%, legal bodies of medium business – 1,1%. All the entrepreneurs of Kazakhstan are engaged in to more than 700 associations with the membership of no more than 10 thousand people. Such a great number of unions does not promote its development and economy in whole. Thus the need of creation of a powerful integrated association of national entrepreneurship has come to a head. It should line up the general development vector of national business within a framework of the Customs Union and prior to the near WTO accession. Namely the joint efforts of state and business will provide the economic stability, prosperity and confident positions of Kazakhstan on the Eurasian space.

The global experience suggests that protection of business’s interests in various forms is within the scope of activity of chamber of trade in many countries, primarily of the USA, Japan and the Western Europe countries. For the UAS the participation of chambers of trade in the business support is conditioned by the reason that the small enterprises are the base of American economy. For example, every fourth address of a President of US Chamber of commerce on the national business problems is devoted to the questions of micro entrepreneurship.

In this regard the idea of the Head of state about the Entrepreneurs Chamber creation has a colossal meaning for the economy and a country at large. This organization is capable of attraction of entrepreneurs for the penetration to the public affairs, having provided by that the full coverage of entrepreneurial sector. The chamber should have the possibility of a timely access to the government information, which allows eluding of some entrepreneurial risk and force-majeure events.

In such a manner, the general laws of market economy development predetermine the functions and responsibilities, preceding the Chamber of entrepreneurs. They include: provision of services which the business community needs; representation of economic interests of regions in the Government by way of expertise preparation and introduction of appropriate proposals; assistance to the foreign trading development, representation of economic interests of business community in whole. In such a manner, the principal functions in the economic policy regulation are fulfilled. At large, the Chamber’s mission is to contest the protection of entrepreneurs interests and assist the economic prosperity of a society, having affected the government agencies and other social strata.

The activity of the Chamber’s qualified specialists on the legislative acts expertise should not be of advisory nature. This structure should not have a formalistic nature. It is necessary that it would be a real operative body. The expert commentary of a Chamber’s specialists should be supported by the specific authority, providing the dialogue with the government institutions head-to-head. All the regulatory legal acts, related to the small and medium business are needed to be coordinated and approved by the Chamber of entrepreneurs. It should take part in the budgeting of all levels, development of construction and industry, preparation of draft laws, concerning the regulation of small enterprises activity. At this point it needs to take into consideration the interests on business development, but within a framework of adopted priority government programs.

The Chamber of entrepreneurs should take an active part in the local council sessions, since it has a severe social and economic consequences in the area of country development. The Chamber’s work should be fully transparent, wherein the mass-media representatives and consulting services would take part with a general assignment to give support and assistance to business. There is a similar proven experience in Germany.

The special attention should be given to the issues of concessional lending of a small business on the part of government agencies. Primarily in the general interest the following directions should be chosen: orientation to innovative activity; preservation and improvement of favorable environmental situation, connected with the environmental protection; lending to small businesses, taking part in the development of backward economic regions; corporate debt financing of enterprises, dealing with the construction and solution of housing problems; financial support of enterprises in the fields, which are neediest in the fundamental modernization of production.

In such a manner, the experience of developed countries demonstrates the huge role and significance of chamber of trade in the formation of a socioeconomic climate in the country and development of market relations. But this should emanate not only from its activity in political authority structures, but also from the initiative of business community itself, which interests are represented by the chambers of trade.