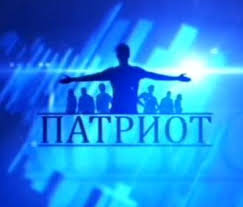 Problem of «small» motherland in terms of globalization is perceived in a new way. As German philosopher Oswald Spengler said, «Different eyes see different around».

Problem of «small» motherland in terms of globalization is perceived in a new way. As German philosopher Oswald Spengler said, «Different eyes see different around». You can see the problems of your country through microscope or a telescope. In modern conditions Fatherland — Republic of Kazakhstan — is that «small» homeland for the younger generation, because the horizons of their growth and start initially potentially broader than were the older and middle generation of Kazakhstan. Case study: today, representatives from various areas of the country, Russia, China, «repatriates» from Uzbekistan, Mongolia and so on study at North Kazakhstan State University (NKSU). Their fate will be different, as well as the geography of their settlement.

Western practice, traditions and experience of multicultural education in the West, particularly the United States, represent such qualities of a teacher, a mentor, as citizenship, flexibility, loyalty, tolerance, respect for the student and themselves.

The training program in various states of the United States is designed by taking into account multicultural classrooms. Multiculturalism — the realities of our live, it should be taken with serious consideration and go into the audience with great tact, demonstrating the best qualities of the human community. The world has changed and person who is training primarily obliged to change.

Ethnic aspects of patriotic education are definitely making adjustments to the formation of identity, both individual and group. It is obvious that, with difference between the national characteristics, the basic principles of education, family and community, the nations are identical. Instilling a love of work and country on which you were born, work and live, is common to all nations without exception. This is natural. Cohabitation and communication generates a sense of belonging to the human collective, group and community, if the relationships within the team designed in the spirit of respect and recognition, growth and personality.

The nurse, who reads baby books, encourages a love of reading and helps to take the path of life-long learning. The teacher, who puts his faith, confidence and love in the little person, helps him feel important and confident. The chief, who delegated the authority to their employees, giving them greater rights and greater responsibility, expanding their horizons and gives them the opportunity to become a better workers and better people. Parents who know how and when to encourage their children. They help them and remain open and sociable even in adolescence. All these people bring value to the lives of others for many years.

Eurasian space over the past few centuries has been tested for strength as a result of wars, social transformations. Kazakhstan, multicultural state, has the historical experience of crisis management.
During difficult days different slogans were used: «The country is in danger», «All for the fight…», «The Motherland Calls!» etc. We all involved in the process of socio-economic reforms. Estimation of its failures and successes will be possible after a certain period of time. Today, the way to the integration of society is seen in aging, strong spiritual guidance, creative embodiment of individual aspirations of the younger generation.

Today, for the integration of society is seen in stamina, strong spiritual guidance and creative embodiment of individual aspirations of the younger generation. It is important to get out of the stage of the reforms, while maintaining integrity.

The nature of the stage, the need for displays of civil tact and focus on getting high-quality knowledge is important and should be clarified to the youth.

World experience of countries such as Japan, Germany shows that ideology is able to resist the chaos. People’s motivation to success that comes through patience and hard work remains only true. It is well known that the eastern communities inherent respect for the older generation, to the father’s opinion on the mental level. It gives a historical chance to all the Central Asian republics to the worthy solution in urgent problems.

French writer Joseph Joubert said, «No one can give faith, if he has not got it. Only convinced one can convince others». You must have faith in the other before you can convince them to believe in themselves.
The role of intellectuals has been steadily increasing in modern society. To intellectuals could be traced not only to people with a college diploma, but rather people who have authority enriched with experiences, sensible and responsible. Abyzs, elders and babas, who despite their age keep their eye on the public concern and able to give an advice. Why is this important? Because there are certain differences between the reputation of the man and his personality. It is important for the public, socially significant people, teachers in particular. «The circumstances in which you live determine your reputation… the truth that you believe in determines your personality;

Reputation — this is who you should be, presumably, be… personality — it is what who you are;

Reputation — a picture… personality — it is face;

Reputation comes to a man from the outside… a personality grows from inside;

Your reputation is created for a moment… your identity is built for life;

About your reputation will know in an hour… your personality will manifest itself in a year;

Reputation grows like a mushroom… a personality exists eternity;

Reputation makes you rich or poor… personality makes you happy or unhappy».

Abraham Lincoln said, «Personality — is like a tree and reputation — its shadow. Shadow — it is what we think of it; tree — it is what it is».

It is extremely important today to instill a sense of community to young. According to psychologists, membership — one of the basic human needs. When people feel isolated and put out of a sense of community with other people, they suffer. Albert La Londe emphasized the danger of such isolation: «Many young people today have never experienced a deep emotional attachment to someone else. They do not know what love is and be loved. The need to be loved is manifested in the need to belong to someone or something. Driven by their need, they will do anything in order to belong».
Great leaders are especially talented in the fact that they give their followers a sense of belonging. For example, Napoleon Bonaparte was a master of suggestion people sense of importance and belonging. He used to go to their camp and greet each of their officers, referring to him by name. He had conversation with each of his people, he asked about their hometown, wife and family. Napoleon spoke to them about the battles in which they participated. The interest which he showed to his followers, the time that he had spent with them, inspired peoples a sense of camaraderie and belonging. It is not surprising that his people were devoted to him.

Techniques working with the youth audience

Each person needs to be accepted and recognized. This is especially important for young people. They need encouragement. Lack of encouragement may hinder a healthy productive life. If young people feel accepted, they will be able to confront the impossible, to overcome incredible difficulties. George M.Adams called it «oxygen for the soul». German poet and philosopher Johann Wolfgang von Goethe wrote: «Correction helps in many ways, but the excitement after the conviction — it’s like the sun after the rain». William A. Ward showed his attitude in following way: «flatter me, and I won’t believe you. Criticize me, and I won’t like you. Ignoring me, and I won’t forgive you. Encourage me, and I will not forget you».

A striking example of illustration of group interaction’s laws is what will be the identity and personal characteristics of the group. Leader is you. You are appointed premium, gifts and all what people are working for. With all your actions you build that optimal climate in the team, without which there is no progress in the work, encourage certain moral manifestations, friendly relations and sometimes not aware of the fact that the signs of group personality will be created.

No need to hold a high position in order to be an influential person. If your life is somehow connected with other people, you are — potentially influential people. Teachers initially must be loyal, honest and responsible for their actions and statements: in the family, community and society. Mentoring — it is pouring your life in other people and helping them to achieve their potential. Strength coaching is so great that you can really see how a person’s life, who you influence, changing. When you give them the particle itself, helping them to overcome the obstacles that stand in their way, and showing them how to grow in personal and professional terms, you are helping them to achieve a whole new level of life. You can really change their lives.

The task of teaching, professors, social workers in social sphere, who deal with the younger generation: to be able to see farther, to set goals, achieve them teach and inspire. Marshal Ferdinand Foch’s motto was: «No loss provisions; there are only people who have brought a sense of hopelessness in itself». Inside every person there are seeds of greatness. When you believe in people, grow these seeds and give them a chance to germinate. You give them the life-giving water, heat, food and light. And if by faith you give them your support, then after some time, these people will flourish».