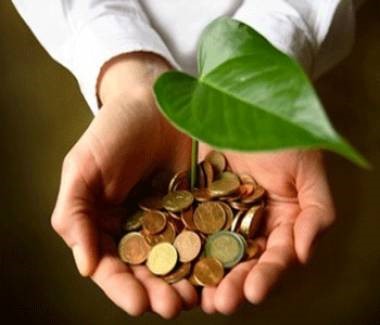 One of the most important economic ideas of the President of Kazakhstan aimed at national economic breakthrough was “Kazakhstan – 2030” Strategy.

In the 1990s all Central Asian state survived the period of deep structural changes influenced the development of their economic potential. In the beginning of the 1990s all countries faced economic decline; only since 1996 the trend of stabilization and economic growth was observed. Conducted analysis of the state economic structure led to the conclusion that over 20% of the GDP in these countries came from industry [1]. In particular, for Uzbekistan and Kazakhstan priority economic spheres are mining, steel and non—ferrous metals industry, nuclear industry; for Kyrgyzstan — hydropower sector. Central Asian states had necessary conditions for sustainable development, boosting the competitiveness of national economies, future establishment of common market and successful joining world community. World community paid much attention to Central Asian region located in the center of Eurasian space which provided great opportunities due to its transit potential, rich energy resources as well as the market capacity. That was the period when Central Asian states chose different models of development. The Republic of Kazakhstan faced the need to search resources able to support the transition from centrally planned to market economy [2, с. 270]. It was necessary to define and create complex of social, economic, political and financial factors which had an impact on attractiveness of investment market and investment risk, i. e. investment climate.

One of the most important economic ideas of the President of Kazakhstan aimed at national economic breakthrough was "Kazakhstan — 2030″ Strategy. In this document he defined and scientifically proved the key trends of the state policy in the area of consistent reformation of all spheres of economic, social and public life, strengthening of Kazakhstan’s statehood and political integrity of nation. The Strategy became a large-scale project of the development of country in a longer-term perspective and overcame challenges of our time [3, с. 7]. World economic crisis revealed the over-riding need to diversify national economies. High investment activity was the crucial condition for economic development, successful implementation of structural transformations, formation of industrial potential based of new science and technology, and strengthening of competitive positions at the market.

Initially the problem of foreign investments attraction was complicated by the fact that Western business did not have an idea that Kazakhstan was perspective and reliable economic partner. The entry of the Shevron corporation to Kazakhstan’s market in 1993 and the agreement on the unique Tengiz field signed with it was a kind of sign for other transnational corporations. Active coming of investors to the oil and gas sector of the republic began: "Exxon Mobil", "Shell", "Eni", "ChevronTexaco", "Total", "British Petroleum", "Lukoil", China National Petroleum Corporation.

The second stage in the process of investing to the national economy of Kazakhstan started in 1998 and covers the period including 2007 (the period of active growth in 2000-2007). Investment activity of companies in Kazakhstan was regulated by the following Laws:
— "On State support for direct investment"
— "On Making Amendments and Additions to the Order of the President of the Republic of Kazakhstan"
— "On Taxes and Other Obligatory Payments to the Budget"
— "On the Securities Market"
— "On borrowing and external debt management"
— "On investment fund in the Republic of Kazakhstan" and other adopted regulations.

The third stage in the development of foreign investment in Kazakhstan originates from the period of stagnation and notable decline of economic growth and following entry to the period of anti-crisis regulation [4, p. 95].

In 1997 priority sectors for attraction of investments, including manufacturing, objects of new capital — Astana, social sphere and tourism, and agriculture were defined. During economic reformation potential internal resources of investments were created: system of trading banks, cumulative pension scheme, fund market, regional financial center of Almaty. With the aim to organize effective interaction with investors, improvement of investment climate in June 1998 by the initiative of the President of the Republic of Kazakhstan the Foreign Investors’ Council under the Head of state was established.

The most attractive economic sectors for foreign companies were manufacturing (64,3%) and industrial infrastructure (26,6%) [5, p. 65]. The structure of direct investments was defined by contributory schemes of foreign companies in joint plants of oil and gas sectors — 33% of all investments in 2001 were given by the USA, 17% — from Canada, 14% — from the Great Britain, 11% — Italy, 5% — from China and the Russian Federation. In total, the growth of direct foreign investments to national economy was over 4418 million USD, 74% of which were given to production of crude oil and natural gas, 10% — to geological and exploration activity, and 3% — to transportation along pipelines [5, с. 107].

Legal basis of investment cooperation is signing agreements on mutual protection and encouraging investment and on trade-economic cooperation. The Program for attraction of direct investment for the period 2003-2005 was developed.

Construction of Astana city became demonstration of abilities of young Kazakhstan’s state. The state provided macro-economic stability and economic space which was adequate to the standards of developed market. Kazakhstan was one of the first CIS countries recognized by the European Union and the USA as the country with market economy. The Republic made the real investment breakthrough; favorable investment climate was established in the country. In 2005 Kazakhstan became the leader by attracted foreign investments per capita among the CIS countries. Almost 80% of all foreign invests in Central Asian region were sent to Kazakhstan [6, с. 479]. However, the state also became an active initiator of investment processes. As a result, collaborative work turned into mutual beneficial project for all sides and contribution to the development of well-being of Kazakhstan’s population.