Home History of Kazakhstan Formation and destinies of the national intellectuals.

Formation and destinies of the national intellectuals. 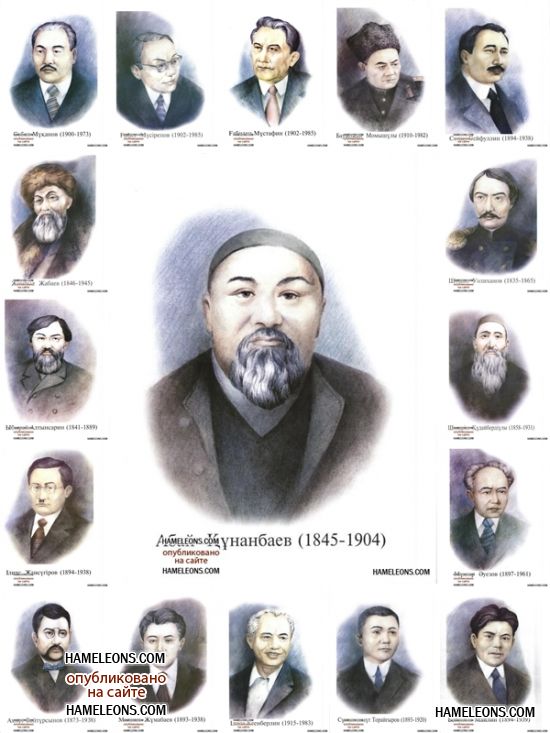 More than half a century after October revolution of 1917 that in Kazakhstan there were numerous and stable national intellectuals with a high education level was required.

The Kazakh national intellectuals started developing long before revolution of October, 1917. Its number and structure, education level I and preparations were defined by a social order and living conditions. According to incomplete data, in the pre-revolutionary region 3 thousand teachers, 590 experts of agriculture, 244 doctors, 393 averages medical the worker were.

Small number and shortage of shots of experts even more became aggravated as a result of civil war and foreign intervention. So, by 1919 in all territory of Kazakhstan there were only 33 doctors and some company paramedics.

And long process of use of the old intellectuals, its transition to socialism positions was hard. On April 4, 1919 VTsIK declared amnesty to the Alash party leaders and the governments of "Alash-Orda". Return of the old intellectuals to work in the specialty was favored also nastupleniyeny the long-awaited world, by New Economic Policy introduction, successful overcoming of consequences of two wars.

The tactful, business attitude towards old experts, workers of brainwork in general began to be broken with F.I.Goloschyokin's arrival in 1925 to the management of the regional party organization. On Kazkraykom's III plenum of VKP of 1926 to sharp criticism (would) undergo A.Bukeykhanov, A.Baytursynov, M. Dulatov, S. Mende-shev, Z.Aymautov, S. Hodzhanov, etc. Soon the criticism developed into open persecutions and repressions against the intellectuals.

In 20 — the 30th the higher school though grew quantitatively, has no decisive impact on replenishment of ranks of experts and formation of shots of the intellectuals. Because, first, the Kazakhstan higher education institutions and technical schools still were weak, secondly, needs for experts advanced growth of their release. Therefore at a position of experts workers and peasants moved forward. For them numerous short-term courses opened.

Mass movement of workers and peasants to the sphere of brainwork caused the quantitative growth of the intellectuals. For 1926 — 1939 number taken with brainwork in Kazakhstan grew by 7,9 times — from 54 thousand to 429,8 thousand people. However it didn't mean that in the republic there were own intellectuals. The considerable part them had no corresponding education. Specific weight of specialists Kazakhs remained low. In 1939 among Kazakhs the number of the intellectuals made 8%. Shortage of shots of experts was especially felt in aulno-rural areas. As a part of workers of brainwork women were poorly presented. Have a pernicious effect on process of formation of the intellectuals of repression of 1937 — 1938.

In post-war years the decisive contribution to business of training of experts was made by the highest and average special educational institutions. Only for 1945 — 1957 higher education institutions of Kazakhstan prepared 43,5 thousand, experts, including 16,5 thousand Kazakhs. A large number acquired them profession in educational institutions of federal republics. From 1960 to 1977 the number of specialists Kazakhs with the higher and secondary vocational education, taken in a national economy of Kazakhstan, increased almost by 5 times (with 65,3 to 315,7 thousand), Russians — approximately by 3 times (with 202,2 to 601,9 thousand), Ukrainians — by more than 2 times (with 33,2 to 82 thousand), Tatars — by 3 times (with 8,3 to 23,8 thousand), Uzbeks — by 5 times (with 2,9 to 14,7 thousand).

At a boundary of 60 — 70 process of formation of the Kazakh national intellectuals came to the end. By this period in social structure of the Kazakh population the intellectuals represented a large social community (in 1959 — 16%, in 1970 — 25,1%). In the 70th a share of Kazakhs as a part of workers of brainwork of the republic of an outgrowth to 30%.

Thus, more than half a century after October revolution of 1917 that in Kazakhstan there were numerous and stable national intellectuals with a high education level and the main social and professional groups was required.

Use of materials for publication, commercial use, or distribution requires written or oral permission from the Board of Editors or the author. Hyperlink to Qazaqstan tarihy portal is necessary. All rights reserved by the Law RK “On author’s rights and related rights”. To request authorization email to mail@e-history.kz or call to 8 (7172) 57 60 13 (in - 1163)
Қазақша Русский English
MOST READ
Month Year
Recorded history of Kazakhstan. Part 2
Heroic mothers of the great steppe
How had the World War II been started?
Philosophy of the Emblem
14 monuments at Tekturmas
The rural akims: the country's hope is in the elections
Kazakh historical drama Tomiris premiered in Istanbul
Stolypin about the worries and hopes of immigrants to the Kazakh steppes
ALASH IDEA IS THE PROTECTION OF KAZAKH STATEHOOD
A tireless explorer of the Kazakh land
SWITCHING TO THE LATIN ALPHABET – UNITE ALL KAZAKH PEOPLE
Kunaev Dinmukhamed Akhmedovich
People who eat horses will kill you
Materials on theme
Science.
Establishment of the Bukey Provincial Department of National Education (based on archival materials)
Modern cultural processes.
Overcoming of mass illiteracy of the population and development of national education.