Minister of Transport of Kazakhstan in early1960s 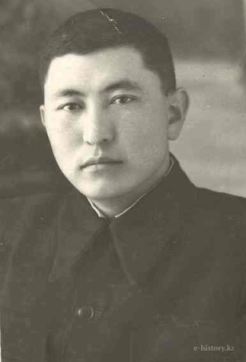 Isa Khalimov worked as a Minister of Transport of the Kazakh SSR almost two years. What was his path to this post and why the destiny gave him so little time?

The Soviet Union had a well-established system of recruitment, training and education of managers. Certainly, over 74 years of Soviet period it had been improved. However, its basic principle (class-based principle) remained the same. Probably, that was the reason why biographies of Soviet leader had many things in common.

The story of Isa Khalimov is not an exception. He was born in 1926 in Sary-Su area, Dzhambul region, in ordinary family of cattle-breeders. To save his relatives from the death in the years of famine Isa’s father moved his family to the city of Frunze and then — to Turkmeniya (Mukry station). Thus, in 1932-1942 Isa lived far away from his homeland.

During the Greta Patriotic War the family returned to Kazakhstan and settled at Dzhambul station. His father volunteered for the front and, fortunately, he survived; he returned from the war being injured. Isa was too young for the front and so he was sent to work at the rear.

The war took over many lives — all sectors of national economy experienced the lack of manpower. The boy from village who worked hardly was noticed very soon. In 1946, as he wrote in his biography, "for the good work he was sent to technical courses for senior management at the Alma-Ata Railway College. These courses were organized by the order of the Ministry of Railways for those who had secondary education certificates and the right to drive steam locomotive". During his studies Isa proved to be a good worker he was recommended to the post of inspector-receiving clerk of locomotive depot. By that time Isa Khalimov was member of the Communist Party, therefore he was elected the Deputy Secretary of the Party Bureau.

In 1948 Khalimov was proposed to go to party work. He was appointed the Instructor of Industrial-Transport Department of Dzhambul Regional Committee of the Communist Party of Kazakhstan. In 1950 he was appointed the Instructor of Transport Department of the Central Committee of the Communis Party in Alma-Ata; and in 1953 he became the Head of the Political Department of Kzyl-Orda Section of political structures. They operated since 1933 till 1956 in some sectors of national economy which played crucial role in the Soviet economy, including transport sector.

Appointment to the post of the Head of Political Department was an expression of high degree of trust and confirmation of political maturity as these departments was established to guarantee the leadership of the Party in the life of the country. It was also normal that after this position Isa Khalimov started attending the High Party School under the Central Committee of the Communist Party of the Soviet Union in the city of Moscow. That was a prestigious educational institution and not everyone could study there. After graduation from that school Isa was appointed the Second Secretary of Dzhambul City Committee of the Communist Party of Kazakhstan. One year later he was invited to Alma-Ata to the post of the Head of the Department of Transport and Communication of the Central Committee if the Communist Party of Kazakhstan. 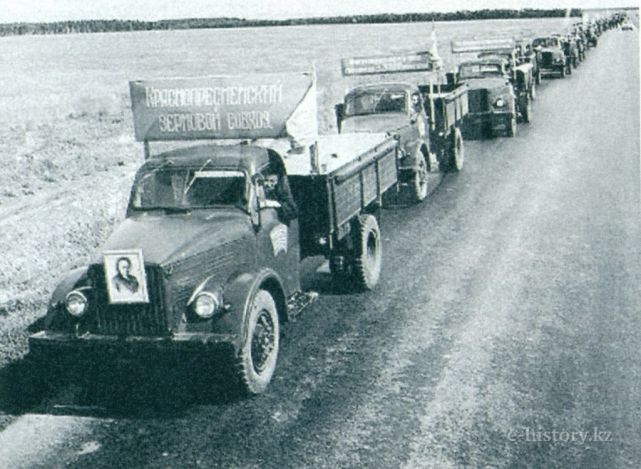 Recognizing the gaps in his education Isa Khalimov made a decision to continue his education and entered the Kazakh State University as a part-time student.

During the construction of the railway line Aktogay-Druzhba comrade Khalimov has done a great job rendering assistance in organization of construction and mass political propaganda among working men and engineers. Over the whole period of work comrade Khalimov systematically analyzed and promptly solved problems appeared during the process of the railway line". That was the period when Isa Khalimov was given the Government award for the effective activity.

By that time Isa Khalimov had been married and had six children. At the same time he supported his ageing parents.

In April 1961 Isa Khalimov was appointed to the post of the Minister of Transport of the Kazakh SSR.

Researchers set out three stages of the development of the Soviet transport during the post-war period. At the first stage (1945-1955) it was required to reconstruct infrastructure destroyed by the war; the second (1956-1965) — development of virgin lands was accompanied by the construction of new and expansion of existing industrial facilities, including motor vehicles depots. The third stage which began in 1965 was characterized by technical improvement of transport sector.

According to this periodization, the activity of Isa Khalimov in the capacity of Minister took place during the second stage: he obtained this sector of the economy when changes were required. The transport sector of the economy grew; virgin lands attracted a lot of people to Kazakhstan, most of them didn’t intend to stay there long.

They still faced the lack of the local professionals. At the same time, not all of arrived to the virgin lands hold the proper position. The Ministry of Transport faced the following high-priority tasks: control over the preservation and careful use of transport fleet, increasing the time between repairs, speeding up the repair of defective vehicles.

The destiny gave a 35-year-old Minister so little time to cope with those serious problems. Only one year and ten months. In 1963 by the decision of the Party leaders he was demoted and appointed the Head of the metropolitan City Housing Administration.

The stress caused by career zigzag resulted for Isa Khalimov in depression which became stronger after the loss of loved ones: son-in-law, mother, and father. One year later he left the job.

Candidate of Historical Sciences, Archive of the President of the RK

Use of materials for publication, commercial use, or distribution requires written or oral permission from the Board of Editors or the author. Hyperlink to Qazaqstan tarihy portal is necessary. All rights reserved by the Law RK “On author’s rights and related rights”. To request authorization email to mail@e-history.kz or call to 8 (7172) 57 60 13 (in - 1163)
Қазақша Русский English
MOST READ
Month Year
Kunaev Dinmukhamed Akhmedovich
History of pandemic in Central Asia Kazakh dissidents: Amangali Kenzheakhmetuly, known as the “Gang” The excavation works in the town of Syganak A death of Ulugbek Heroic mothers of the great steppe How had the World War II been started? 14 monuments at Tekturmas The rural akims: the country's hope is in the elections Philosophy of the Emblem Stolypin about the worries and hopes of immigrants to the Kazakh steppes Kazakh historical drama Tomiris premiered in Istanbul A tireless explorer of the Kazakh land

Materials on theme
Industry development.
Political life of Kazakhstan in 1946-1970.
Liberation of nations deported from special settlements to Kazakhstan in the 1950s
Scientific and technical progress and economic reform of 1965.