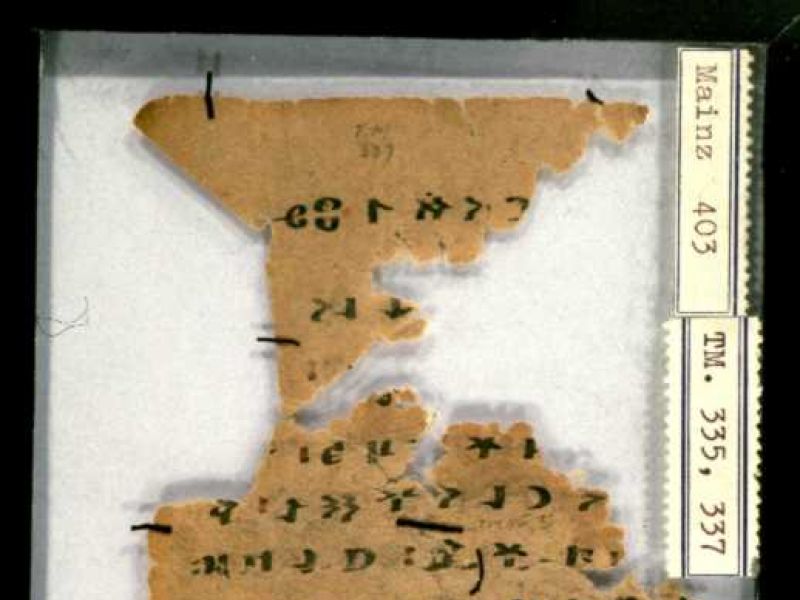 Analysis of curriculum subjects of social and humanities in higher education system makes it possible to argue that they do not provide a separate dedicated time to study the full range of medieval Turkic-speaking sources. These written records fragmentary highlights the various periods of the history of Kazakhstan, and this is clearly insufficient for a more complete study of all available sources in the scientific revolution. In this regard, one of the pressing problems of education and the formation of historical thinking is the study of the written sources of the past, which are associated with human activity and reflect the history of social development.

The main sources for the history of the medieval period are works written in Persian and Turkic languages in Central Asia and neighboring countries with her. History of Cumania (Desht-i-Kipchak), Zhetysuty, Maurya, East Turkestan and other neighboring regions that are closely related to each other — is the story of important social phenomena caused by internal and external factors of economic development. In manuscript repository of CIS countries, there are many Persian-Turkic-speaking narrative compositions, containing information on the history and culture of Kazakhstan and other Central Asian countries in 13th-18th centuries. Their level of knowledge is different — some found a long time and worked out pretty good, their information actively and are used in scientific research; others are only introduced in the scientific revolution, and others are known only by name, and only to a narrow circle of specialists, is only the fourth to be identified.

There is a need to start the study of medieval Turkic-speaking sources in the right direction in the young sovereign state. Methodological problems of source studies should be considered with conceptually new scientific and theoretical positions. The consumer attitude to narrative sources, which does not take into account the context of the entire document, from the study of texts selected by the information and convenient for the author information, should be abandon.
For a long time researchers have clearly ignored the information and the facts stated in the autochthonous and authentic sources, they only served as additional sources. This is quite common in the Soviet historiography trend has been associated with the development of science ideological bias of the period.
It had significant contribution from the Marxist class approach and dogmatic concept for the development of a nomadic society. The view of the absence of the nomadic culture of the written sources in Soviet historiography becomes quite common. Most researchers divided the formula of French historians positivist S. Langlois and S. Senobosa — “no documents — no history” [1, p. 8].

At the present stage of development of source of science there was a need to revise their attitude to the written culture migratory habits of civilization. The research problems of sources of the Middle ages which are relevant to the history of Kazakhstan should be developed with great activity.

In the schools of high school it is necessary to study these written records from the standpoint of a new historical thinking. In this case, the previously known facts will be presented in a different light, turn to us with new faces, to identify aspects which previously could not be seen again will be revealed new phenomena and events. Identification of interaction sedentary and nomadic components written and cultural traditions, continuity and relations and Kipchak Turkic heritage can significantly enhance our understanding of historical events in the territory of medieval Kazakhstan.

The diversity and complexity of documents written in different languages Dzungaria, China, Central Asia, Iran, the Volga, Black Sea, require in-depth scientific study of the critical and complex. In connection with this study of the sources should be based on the following principles:
-Study and comparative analysis of the sources of all the neighboring regions;
-The scientific classification of sources, selection types, species and subspecies of sources, as well as their classification on the new methodological level;
-Determination of the place and importance of the Turkish-speaking sources;
-Identification of the content of the source text specific socio-economic development of a nomadic society.

Methodological basis for the study of medieval sources should be systematic, principles of ethno-cultural method of studying the past. The study of the documentary sources should be carried out at the level of new theoretical and methodological approaches, based on a thorough systematic structural analysis involves the study of events and phenomena in their interrelationship and interdependence, constant change and development. There is a significant expansion of the source base research, new sources, their classification, classification and analysis.
Institute of Oriental Studies of the Ministry of Education and Science of the Republic of Kazakhstan developed a great theme, “The Arab-Persian-Turkic, Chinese sources on the history and culture of Kazakhstan and other Central Asian countries and their relationships in the 13th −19th centuries”. In future it is planned to form “Code of Oriental monuments of history and culture of Kazakhstan” from these materials. Turkologists and Orientalists of the republic bind the poorly studied medieval sources, especially with the problems of classification.

In terms of theoretical sources the classification of Turkic and Persian sources on the history of the peoples of Kazakhstan and Central Asia on a territorial basis is the most common. Sources are divided into the Timurid, Shaybanid, Chagataid, Safavid and Ottoman historiography group [2, p. 14]. As it shown, the classification of a huge source-material in the first place, only the geographical origin or place of writing sources can be considered. At the same time, certainly, mismatch boundaries of the medieval states with modern state territory, which in turn hampers their scientific study should be considered.

There is also a classification of sources on linguistic grounds, i. e. on the basis of language, but it does not contribute to their further-sided study. We would like to offer a comprehensive classification of sources, and their systematization of several, including the above listed factors. Thus, the study of medieval Turkic-speaking sources, you must consider the following factors:

b) The geographic factor (area of writing, territorial affiliation). According to this factor, the written sources are divided into the following groups:
1) Documents of East Turkestan written mostly in Kashgar and Balasagun cities [4, p. 314];
2) Documents the Western Turkestan are divided into three subgroups:
a. sources, written in towns near Syr Darya like Sairam, Sygnak, Otyrar and Sauran;

b. sources, created in the major cultural and commercial center of Samarkand, Yasst, Ispidzhab, Igunek etc.;

3) written monuments of the Golden Horde were published in major cities Saray-Batu, Sarai Berke, a large medieval cities Ak Horde and Kok Horde;
4) separate group of sources created in Egypt and Persia, especially in the cities of Baghdad and Cairo;
5) Crimean sources were written mostly in the town of Sudak, Solkhat, Kaffa and Tana;
6) Written sources of cities in Western Ukraine were established in Galicia, Podolsky, Lviv and Kamenetz.
written monuments cities in Western Ukraine were established in Galicia, skirts, Lviv, Kamenetz.
c) ethno-genetical factor. According to the basis of ethno-genetical factor there are:
1) monuments written in Turkic peoples Karakhanid state Karluk tribal representatives, Shygyl and Yagma;
2) Central Asian sources, written by natives Oguz and Kipchak tribes in the Turkic languages;
3) The Golden sources, written mostly in Kipchak and Turkic language in Kamenetz-Podolsk, which was the Armenian colony;
4) sources, written in the language of the nomadic peoples of Central Asia in the 15th-16th centuries, which is called — Chagatai language [6, p. 170].
Thus, studied in the course of social and humanities medieval written records can be correlated with respect to this classification. In this case, the classification will led teachers and students in a variety of Persian and Turkic-speaking sources that shed light on the historical and cultural past of Kazakhstan and neighboring countries and the peoples of Central Asia in the chronological framework of the 5th-18th centuries.

Use of materials for publication, commercial use, or distribution requires written or oral permission from the Board of Editors or the author. Hyperlink to Qazaqstan tarihy portal is necessary. All rights reserved by the Law RK “On author’s rights and related rights”. To request authorization email to mail@e-history.kz or call to 8 (7172) 57 60 13 (in - 1163)
Қазақша Русский English
MOST READ
Month Year
Recorded history of Kazakhstan. Part 2
Heroic mothers of the great steppe
How had the World War II been started?
Philosophy of the Emblem
14 monuments at Tekturmas
The rural akims: the country's hope is in the elections
Kazakh historical drama Tomiris premiered in Istanbul
Stolypin about the worries and hopes of immigrants to the Kazakh steppes
ALASH IDEA IS THE PROTECTION OF KAZAKH STATEHOOD
A tireless explorer of the Kazakh land
SWITCHING TO THE LATIN ALPHABET – UNITE ALL KAZAKH PEOPLE
Kunaev Dinmukhamed Akhmedovich
People who eat horses will kill you
Materials on theme
Kimek Khanate (9th – early 11th centuries)
Turkic and Turgesh Khaganates (552 – 756)
Kara-Khitan Khanate (1128-1213). Naiman and Khereid uluses
Kazakhstan in the Middle Ages