Monuments of Kazakhstan in the Bronze Age 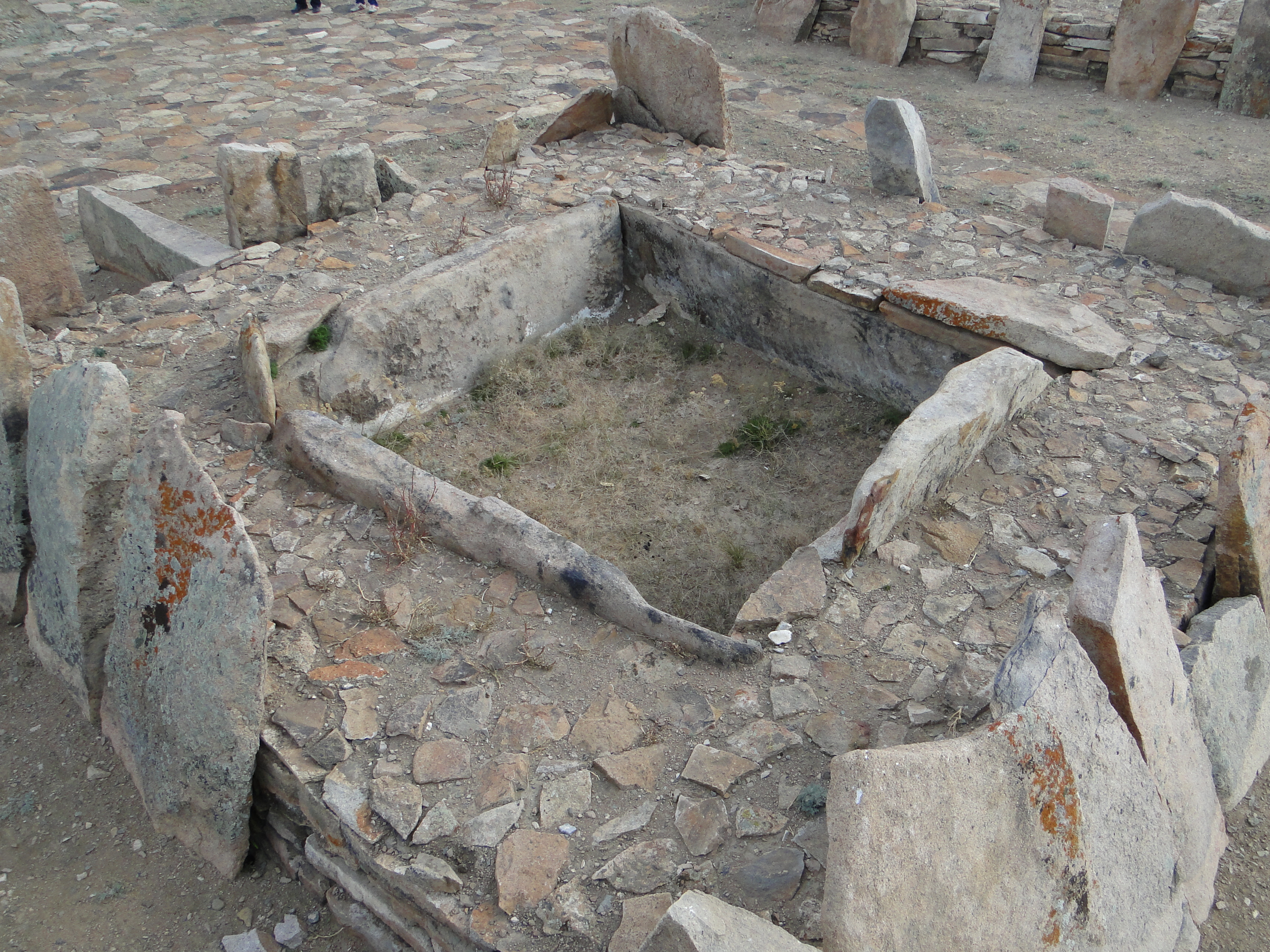 Progress of a society of the Bronze Age was caused by two factors. Production mastering of paleo metals was one of them that defined a new epoch.

Household changes outlined in the Neolithic period led to the composing of cattle-breeding and agricultural economy and mature metallurgical sector in the II millennium B.C. Transition to production economics had changed the situation in the territory of Kazakhstan drastically.

Progress of a society of the Bronze Age was caused by two factors. Production mastering of paleo metals was one of them that defined a new epoch.

In the middle of the II millennium B.C.tribes of Kazakhstan were mastered in the production of bronze goods. The bronze became to be the main raw material for manufacturing of implement tools and weapons. Mineral wealth of complex ores and, first of all, tin-based copper ores, was one of the occurrence reasons of the powerful metallurgy center in the territory of Kazakhstan.

First and foremost, natural climate changes led to the economic reconstruction. So, more than the thousand-year period of gradual climate change towards warming and ariditycame to the Late Bronze Age to replace the stage of the cool wet weather. The droughty period was concurrent with the abatement of river fowling, slow desiccation of above the flood plain  terraces, abatement of the lake level, and, finally, reducing of the general moisture of northern hemisphere continents1. During the Bronze Age, vast steppe spaces of Siberia, Prioeralje, Kazakhstan and Central Asia were occupied by the tribes related by birth and community of historical destinies. The tribes had reserved striking original culture for themselves. In a science it was named "Andronovo" according to the finding of the first monument at Andronovo village near Achinsk in the Western Siberia.

Over a long period of time, one culture called Andronovo had been marking out in Kazakhstan steppes. At this time, a number of cultures are allocated instead of the only one and they are united into the Andronovo cultural-historical community. One of the basic centers of the Andronovo cultural-historical community was in the territory of Kazakhstan. Archaeological data testifies that Andronovo population in overwhelming majority conducted a settled way of life. Settlements were situated along the river coasts with wide bottomland meadow. For the population of these settlements comprehensive character of a cattle-breeding and agricultural economy with appreciable prevalence of pastoralcattle breeding was featured.

The funeral ceremonies, an original set of pottery with a geometrical ornament, forms of metal products were the main culture features distinguishing the Andronovo population from other tribes.

The origin of the Andronovo culture is a debatable question.

In a historical science there are a number of hypotheses.

The majority of researchers considers that Andronovo culture was formed on the basis of natural development related by culture and, obviously, by origin of the northern strip tribes of  Kazakhstan steppes and adjoining areas of Zauralie and Western Siberia of the Neolith and Aeneolithic period. The cattle breeding, primitive agriculture and mining rudiments were at that time already known.

The further development of the cattle breeding and hoe-mattock inundated agriculture led to the settled way of life, occurrence of house crafts, metallurgy development. Roughly identical level of progress of these basic manufactures of material benefits in an extensive zone led to the addition of prominent features of the Andronovo cultures and interconnected forms of social way of a society.

One of the complicated questions in the history of the Andronovo community is a definition of an ethnic belonging of the population. There are a number of opinions. According to one of them, Andronovo people belonged to the Finno-Ugric ethnic group.

The hypothesis about Indo-Iranian or an Aryan belonging of the Andronovo tribes has affirmed in a historical and philological science.

Last years linguists and specialists in Turkic philology, ethnographers, and historians had investigations where the hypothesis about turkic-language of the Andronovo tribes was put forward.

A considerable quantity of the names connected with wheel transport testifies in favour of the Indo-Iranian origins of the Andronovo people.

Names of governors, the terms connected with horse-breeding practice, names of gods embodied in documents of the people of Western Asia of the II millenium B.C. having scripts, names of deities in "Aveste", the sacred  Zoroastrism book, are Aryan. In "Aveste" there are such names of gods, as Mitra and Varuna whose cults were widely adopted. Several homonyms on the Central Asian territory have Aryan origins.

Basic corrective amendments about antiquities of the Euroasian steppes in formation of the Andronovo tribes have brought opening and studying of the strengthened settlements of city type of Sintashta and Arkaim in scientific representations, concerning the early period of the  Bronze age (18 - 16 centuries, B.C.).

Methods of tracing, dimple, comb-shaped stamp were used for ceramics ornamentation. The ornamental system of the ceramics of Ustyurt settlements is characterized by a big variety of elements, motives and compositions. The basic, most widespread plots of an ornament are various combinations of direct horizontal lines, numbers of inclined pieces, a zigzag, a fur-tree, and rhombuses. Less widespread plots are the shaded triangles, the shaded rhombuses, a meander.

The population of Ustyurt and adjacent territories with it, had been involved in the ethnocultural process occurring during the considered historical time in Ural Mountains, in Siberia, in steppe open spaces of Kazakhstan, the Central Asian interfluvialplace and the Iranian plateau.

There are cultural-chronological attribution of materials of some monuments in the Volgo-Ural region having the set materials, close to "toksanbai" ones, in the light of the latest discoveries on Ustyurt.

It is difficult to overestimate a significance of the Ustyurt culture center (of the Bronze Age) in a reconstruction of a picture of the historical past and in definition of directions of ancient migratory processes.

Remoteness of Ustyurt from the culture centers of the Bronze Age had predetermined an originality of the toksanbai cultural phenomenon. Revealing of adaptation mechanisms of ancient populations to nature-climatic features of Ustyurt, their level of household-cultural development, identification of degree of contacts to ethnocultural files of Eurasia, and also working out of outlook issues, are important tasks of Kazakhstan archeology.

Materials on theme
Ancient miners, metallurgists and pot makers
Builder is an ancient profession
Bronze era (XXVI-VIIIVV. BC)
Problems with defining the terminology “Traditions of burials”