Home History of Kazakhstan On the question of Botay ceramics’ origins

On the question of Botay ceramics’ origins 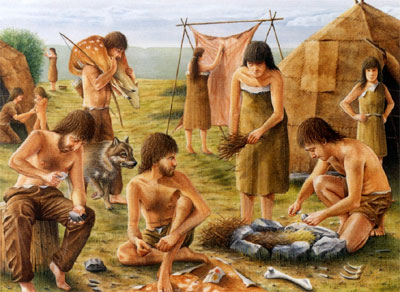 M. Kozybayv gave a great importance to the study of ancient history of Kazakhstan in understanding of the history of ancient Turkic peoples and Kazakh people. Saying the «a change in the historical arena of some tribal associations does not mean the complete disappearance of the first — the ancient tribes were preserved in newly emerged ethic and political structures often under other names and forge new nations…» (1, p. 52–53). He emphasized on the unity and continuity in the history and culture of the Eurasian steppes. For him, also, was appropriate an aspiration to consider the history of Kazakhstan on the general historical background processes throughout Eurasia.

M. Kozybayev classified to archeology a significant role in the study of the history of our country. «Archeological researches had great importance to solve issues of ethno-genesis of the Kazakh people and periodization of ancient history».

Archaeological research SKAE led by v. Zaybert was open Botay culture of steppe horse-breeder that initiated the steppe civilization. The origin of Botay culture is relevant issue. In this article we will address the problem of the origin of morphological characters Botay ceramics.
Botay ceramics characterized by the following features: 1) the roundness of the bottom; 2) straight walled and profiled shape of the body; 3) straight and bent corolla; 4) open and closed vessels; 5) of the comb on the inner surface of the die due to the alignment of the walls of vessels; 6) the predominant use in the molding composition and other debris cover.
Round-ceramic is appropriate to the monuments of Atbasar culture, although, it is very small and fragmented. Perhaps slightly profiled and straight walled and round-bottom vessels are autochthonous origin. Indirect confirmations of this form are the vessels of the Neolithic burial Zhelezinka Pavlodar region (7, p. 7, p. 1). All three round-bottomed vessels and two of them are close to Botay receptacles proportions. Third vessel is distinguished with indistinctive squat for Botay culture.

Round-bottom is also appropriate to Neolithic Western Siberia.
Here oval-bottomed is on the second chronological pottery Neolithic formation with derogating-patching and comb-patching ornamentation (8, p. 41, Fig. 2).
Round bottom flask vertical proportions found in the settlement «VIII point» on Andrew Lake Sosnovo-ostrovsk complex II. For this complex ornamentation characteristic comb stamp presence in the test sand and grog, straight flat beaters, rounded or wavy cut, which is often sharpened by the bevel on the inside (9, p. 125, Fig. 5, 13). In addition to comb ornamentation on the vessel suffered a series of holes under the rim.
Round ceramics is appropriate for western regions from middle Eneolithic to the Early Bronze Age, inclusive (10, p. 124, table 39, 6–11, 27, 32, 33).
So round-tableware ceramic is appropriate for the Lower region of Volga: Latoshinka; Altat; Queen I; Koshalak; Sean; Isekey (10, p. 114; Table. 29). Here, as well as in Botay ceramics, the largest diameter of vessels is in the middle of the body’s height. Round- bottom characteristic is appropriate for ceramics Hvalynski burial (10, p. 104; Table. 19, 2, 3). Round-ceramics found in the first burials beneath barrows Volga — Berezhnovka, k n, n 22 and Politotdelskoe, K. 12, paragraph 15 (10, p. 115, pl. 30, 1, 3).

However, the formulation of the top dishes in accordance with local tradition since the Neolithic — the mouth strapped vessels thereby forming a sharp profiling of the body. This differs Nizhnevolzhskiy ceramics from Botay, but at the same time, the shape of the bottom and the lower part of the body shows that in the steppe region there was a tradition of forming ceramic vessels of the body other than the more northern regions, where (in the Urals and in the Urals), it had a conical bell- form.
Round-shaped vessel with a bent rim out their analogies in the Neolithic ware pottery found only among the Balakhna culture, which has an impact on the eastern and southern areas in the late Neolithic (11, p. 102, p. 97, Fig. 25, 3–6; with. 103, Fig. 27, p. 111, p. 97, Fig. 25, 7–9). It is possible that the appearance of shaped vessels with turned out to whisk Eneolite Zaural associated with this process, as part of the region, as well as for Urals throughout Neolithic vessels were characterized only closed forms with sharp bottom and direct whisk, who had an influx from the inside side. In Eneolite closed form does not disappear, but it appears to the outside of the corolla limb terminates tradition forming thickening on the inner side of the corolla. Interestingly, this evolution is paralleled by an increase in the role of a comb stamp ornamentation Zaural ceramics.

For Botay ceramic are appropriate vertical proportions. For Atbasar ceramics the ratio between vertical and horizontal size dimensions is difficult because of the fragmentation of the material (12, p. 117, 115).

Vessels of Volga-Kama culture and Zaural are vertical and horizontal dimensions either coincide or horizontal prevail over vertical (13, p. 48. Fig. 1, p. 56, Fig. 4, 11, p. 69, Fig. 19, 15, p. of 77 Fig. 20, 1–4). Vertical proportions are typical for Kelteminar ceramics. However, besides vessels vertically elongated proportions of the ceramic complex Kelteminar attend another culture and utensils which have no analogues in Botay culture: ribbed vessels, bowls and boat-shaped vessels. Dishes mostly closed forms. Differ and impurities. Kelteminar people mainly used sand and fireclay. The style of pottery ornamentation is drawn and prodded (14, p. 66, 70, 81, 88, 92). Thus, Kelteminar ceramics is very distinctive, and generally could not be the basis for the formation Botay ceramics, although the verticality of its proportions still in the early stages of the Neolithic could spread to neighboring areas in the migration process Kelteminar population. This assumption is more likely that an increase in the vertical indicator Eneolithic pottery vessels in Turgay trough of smaller monuments on the northern (Bestamak, Livanovka, Evgenevka II) for more — on the southern (skin I, Kumkeshu I) (15, p. 79 Fig. 20: p. 81, Fig. 21, p. 83, Fig. 22)

Vertical proportions typical for ceramics of Eneolithic monuments of Volga and Northern Caspian.

In this respect, attracts the attention of Neolithic pottery Volga-Oka Rivers.
From the begging for it appropriate vertical proportions, straight neck with a flat or slightly sloping outwards (skewed-sharpened) whisk, which has a light limb outwards (Art. Malookulovska) (16, 11, p. 95, p. 97, Fig. 25, 1,2).
It is important and widely used in the ornamentation of ceramics culture Balakhna rope stamp, which is a distinctive feature in the ornamentation Botay ceramics.

Important technological feature is the composition of the ceramic clay dough.
Botay ceramics are distinguished by predominant use of sedimentary rocks in manufacturing process as additive that reduces the ductility of clay. In Atbasar ceramics additive used as various kinds of impurities sand, sedimentary rocks, vegetation, indicating that the population heterogeneity of cultural monuments. For Zaural ceramic is appropriate admixture of talc and sand in clay dough (17, p. 11, 127, 6). In the Volga-Kama culture impurities were sand and fire clay (11, p. 62–63). For early and mid-Neolithic population of the Volga and Samara Northern Caspian was appropriate mixing of crushed shells to clay, grass and fire clay (18, p. 218, 222, 228), for Kelteminar culture — plant impurity less fireclay and sand (14, with. 66, 93, 105). And only in ceramics Balakhna culture Volga-Oka rivers we find the same role as druss otoschitelya as in botayskoy culture (19, p. 57). And grussy impurity in the Volga-Oka interfluve used since the beginning of the Neolithic and up to 9th -10th centuries BC.

Thus, the search of prototypes like Botay forms ceramics shows that to answer to the question about the origins of its formation is very difficult. Round-shape was appropriate for the Neolithic monuments of Kazakhstan (Zhelezinka burial and presumably Atbasarska ceramics). Round ceramic tradition is appropriate for early and mid-Neolithic ceramics western steppe and forest areas (Volga and Northern Caspian), for ceramics of Lesnoy Zaural sosnovoostrovsky stage and for the Volga-Kama Neolithic.

The vertical nature of proportions of Botay vessels is appropriate for Kelteminar dishes, Early and ware sredneeneoliticheskoy Samara Volga and Northern Caspian to the Neolithic culture dishes Balakhna and territories more west of it.

The composition of the molding mass is similar as well, first of all, recipes Balakhna ceramics. Although as one of additive of sedimentary rocks used Atbasarsk population.

Identified analogies confront us with a difficult choice over the real source of formation of Botay ceramics.

From other point of view, there evidence about existence of a number of morphological characters Botay ceramics in the local Eneolithic ceramic, round-bottom and vertical proportion of vessels, impurity of rocks.

However, the presence of these features is more probabilistic in nature because of the limited capacity of the source. On the other hand, there are number of similarities in the Neolithic to the present adjacent to the North Kazakhstan territories.

Apparently, to s look for one center or source of the formation of morphological features Botay ceramics would be wrong. In the Neolithic and Chalcolithic territory of Northern Kazakhstan could be exposed to many migration and ethnic processes, which we do have the most remote idea. It is more likely forms of Botay ceramics developed as a result of contacts with the local population by neighboring tribes, during which there was the perception of those or other ceramic traditions, or dissemination of its own.

However, we cannot pay attention to those serious enough features that bring Botay ceramics with ceramic tradition Volga-Oka basin Neolithic. v. Logvin, S.Kaliyev, v. Mosin (15, p. 136–139, 20) believe that the priority in an appearance on late Neolithic monuments of Northern Kazakhstan belongs ceramics with rope ornamentation technique. In connection with what v. Mosin attaches key importance to the problem of origin rope ornamentation techniques Botay ceramics to clarify the processes of formation Eneolithic cultures of the region.

Exactly ceramics of Balakhna culture has features such as a rope ornamentation technique, impurity debris cover, round, bent outward beater, smoothing the inner surface of a toothed stamp, which are appropriate to the Botay dishes. However, despite the fact that the observed promotion Balakhna tribes in the south and east (11, p. 113) until the opening of the monument, which could fill the void between the spatial North Kazakhstan and the Middle Volga region. On the other hand, at its core, despite the prevalence of rope ornamentation Balakhna ceramics is comb-that creates some difficulties in explaining the process of transforming it into a rope-patching.

Use of materials for publication, commercial use, or distribution requires written or oral permission from the Board of Editors or the author. Hyperlink to Qazaqstan tarihy portal is necessary. All rights reserved by the Law RK “On author’s rights and related rights”. To request authorization email to mail@e-history.kz or call to 8 (7172) 57 60 13 (in - 1163)
Қазақша Русский English
MOST READ
Month Year
Recorded history of Kazakhstan. Part 2
Heroic mothers of the great steppe
How had the World War II been started?
Philosophy of the Emblem
14 monuments at Tekturmas
The rural akims: the country's hope is in the elections
Kazakh historical drama Tomiris premiered in Istanbul
Stolypin about the worries and hopes of immigrants to the Kazakh steppes
ALASH IDEA IS THE PROTECTION OF KAZAKH STATEHOOD
A tireless explorer of the Kazakh land
SWITCHING TO THE LATIN ALPHABET – UNITE ALL KAZAKH PEOPLE
Kunaev Dinmukhamed Akhmedovich
People who eat horses will kill you
Materials on theme
The Neolithic Era
Paleoecology of ancient man (hominids) of Kazakhstan
The Upper (late) paleolith
Speaking Stone