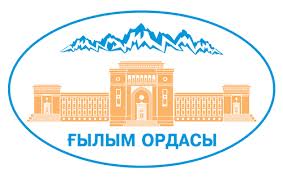 «Gylym Ordasy» Archaeological Museum of the National Academy of Sciences of Kazakhstan hosted a cluster regional seminar-workshop to discuss the results of scientific works.

In foreign archives scientific expeditions discovered miniatures of Kazakh rulers with attributes of Khan’s power and European map of the eighteenth century in English language, where the boundaries of the Kazakh Khanate were indicated.

The plan was adopted by the participants of the recent second meeting of the Interagency Working Group, chaired by the State Secretary Marat Tazhin, where the questions of researches organization in the framework of the Kazakhstan-2050 Strategy were considered.

In the Kazakhstan-2050 Strategy the Head of state defined clear priorities for further development. According to the Deputy Head of the Centre for Strategic Research and Analysis of the Administration of the President of the RK Alibek Kuantyrov, every such direction should be based on fundamental research, detailed analysis, as well as on the implementation of specific research results into practice. Actual issues, identified in the Strategy-2050, entered the thematic plan of research for 2013–2015. In total 42 researches in six areas were approved including modernization of macroeconomics; formation of the Kazakh model of the innovative economy; establishment of a scientific basis for regional development; new principles of social policy and public administration; values and ideals of independent Kazakhstan; security and geopolitics. In 2013 the Government allocated 1 billion tenge to their funding.

— By now only 13% of scientific papers, included in the plan and financed from the budget, meet the necessary criteria — continued A. Kuantyrov. — We need to reach 30–40%, so under the instructions of State Secretary five cluster regional seminar-workshop will be held in the different regions of the country.

Leading scientists, university rectors as well as directors of scientific-research institutes will participate in them like it was in Almaty. All they have to update the humanitarian researches, including new approaches to the national history learning using modern methods and tools. This summer 23 researchers, including 8 from the Institute of Oriental Studies, took part in the foreign scientific missions. Thus, professor Meruert Abuseitova, Head of the Department of Oriental Source Study, History and Culture of Oriental Nations of R. B. Suleimenov Institute of Oriental Studies of the Committee of Science of the Ministry of Education and Science of the RK, corresponding member of NAS of the RK, reported that the copy of the «Tarikh-Kipchakhani» («Тарих-и Кипчакхани») ancient manuscript was brought from the Great Britain. Information obtained from it may help to shed some light on the events of the fourteenth century which is early and poorly-studied in the history of the Kazakh Khanate.

— This list from England, — she explained. — We have the same list from Tashkent, so we have to conduct comparative analysis. Apparently, it promises to be interesting.

In addition, other compositions of the same period, which are «Nusrat-name» («Нусрат-наме»), «Muizal-ansab» («Муизал-ансаб»), were found in the UK. The importance of findings is that they contain miniatures of Kazakh rulers with attributes of Khan’s power. Another great finding is geographical works and numerous maps such as map of Semirechye, map of Manchurian Ambassador Tulichi, European map of the eighteenth century in English language, where the boundaries of the Kazakh Khanate are defined. On the basis of these materials scientists plan to compose catalogues on the history and culture of Kazakhstan, which is unique in the world. All this convincingly and clearly confirms the deep roots of Kazakh statehood. The statehood which construction is being continued today in the frameworks of the «Kazakhstan-2050» Strategy, setting out a clear direction of the development of our society, including the formation of Kazakhstan patriotism, a new historical consciousness of the nation, the implementation of the language policy as well as strengthening of the unity and inter-ethnic harmony.

Materials on theme
The unique museum in Kazakhstan
Interest towards the historical memory is growing
List of museums in Kazakhstan
The Ulytau National historical, cultural and natural Reserve-museum