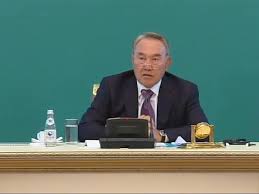 Contemporary world has faced the situation when established relationships between states and within their borders are the subject to review which resulted in increased instability and uncertainty of future world as a whole. Nothing is made without serious reasons, especially that happening at a global scale. Nowadays the problems of national development, inter-ethnic relations, and religion have become actual. This means that mankind has to overcome once solved problems again on each following stage of its development.

From one hand, there is not surprising: international context, new threats and challenges or new regional configuration require modern approach. However, on the other hand, onward march of the history should resolve some problems with much certainty and apply to historical experience when new tasks appear. The previous experience is valuable and actual but the sphere of its use is narrow as the modern realities are characterized by complexity, globality and depth.

It should be noted that it related to the problems appeared in the area of inter-ethnic and interreligious relations. At the same time, it’s possible to say about both international and state level of these problems. Globalization has many dimensions, including unprecedented migration, simultaneous reconciliation and rejection between civilizations, broadening of religious areal and lowering of its social status, and so on. Phenomena of contemporaneity include or even are dominated by relations between nations and religions.

Despite the type of their relations with religious associations — from secular to theocratic — states are forced to establish state-confessional ties. In this regard, very often state bodies face obstacles related to supranational character of religions. Religions acted crossing state borders turning into significant factor of international life. The situation connected with ethnic diversity and inter-ethnic relations is the same. Ethnos which dominates in one country can be ethnical minority in another. Maintenance of interethnic accord sometimes may be the serious problem for multi-ethnic states.

Researchers note that almost all contemporary conflicts are based on national or religious factors. Religious freedom has obtained the priority among the rights and freedoms of contemporary world and become significant. Both developing countries and states with developed economy and established democratic political systems and institutions face their increasing importance.

World community, experts and analytics closely monitor the forms and methods of solving problems in the sphere of inter-ethnic and interreligious relations used by heads of state and government of different countries; accumulate the experience of public structures and civil societies as a whole. Therefore, the positive experience and innovative approaches of interreligious and inter-ethnic relations building are of a special attention.

The Republic of Kazakhstan demonstrated that the country is able to establish state-confessional relations, to support and develop inter-ethnic accord and simultaneously solve problems of state building in the context of deepening the processes of globalization and accumulation of world instability. Certainly, there are some positive examples of solving these questions, however, taking into account multi-ethnical and multi-confessional composition of Kazakhstan’s population, Eurasian geographical and geopolitical situation in which the state experiences the strongest pressure of distinct and even contrary national interests of several world and region superpowers, global economic crisis which affected the basis of world financial system, the Republic of Kazakhstan demonstrates tenacity, power and wisdom of people and leaders.
Heads of state, international officials, experts and even ordinary people from different countries can observe this. That is why they actively support Kazakhstan’s initiatives to organize such major forums as the Congresses of Leaders of World and Traditional Religions (2003, 2006, and 2009) or the "Common World: Progress through Diversity" International Forum (2008) at the level of foreign minister. On the initiative of the Republic of Kazakhstan at the 62nd session of the UN General Assembly 2010 was proclaimed the International Year for the Rapprochement of Cultures. It is also known that Kazakhstan plays the great role in the activity of the CICA, SCO, EURASEC and OIC.

Kazakhstan’s achievements in development of inter-confessional and inter-ethnic harmony, providing internal stability and proposing effective initiatives on international scene resulted in the OSCE Chairmanship in 2010 and the OIC Chairmanship in 2011.

Countries successes are connected with the activity of its President; sometimes they are his work. N. A. Nazarbayev has won the sympathy of Kazakhstan’s people, leaders of state and ordinary people from different countries of contemporary world. His everyday work on state leadership productively combines with the elaboration of strategic ideas, concepts and programs for Kazakhstan’s development.

President of Kazakhstan N. A. Nazarbayev pays much attention on providing internal stability in the Republic of Kazakhstan which can’t be guaranteed without inter-ethnic and inter-confessional peace and harmony. Therefore, national unity and religious peace in Kazakhstan are the priorities for Kazakhstan’s President. In his researches, books, Addresses to the people of Kazakhstan, reports at the sessions of the Assembly of the Peoples of Kazakhstan, at the Congresses of Leaders of World and Traditional Religions, articles and interview N. A. Nazarbayev always returns to the theme of inter-ethnic and inter-confessional harmony, actual problems of religious accord, focuses on the need to make them key issues for the Government, local authorities, public structures and youth organizations of the Republic of Kazakhstan.