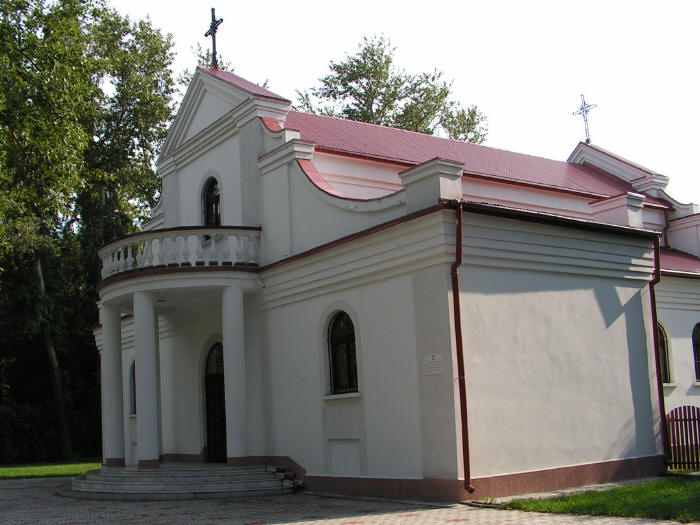 Mass inflow of followers of Protestantism is connected with Stalin repressions and violent deportation to Kazakhstan representatives of many people in the 30-40th of the XX century.

The Protestantism in our country has rather long history. After accession to Russia, in the territory of Kazakhstan there were first military settlements among which inhabitants there were many Lutherans, especially from among Germans. Then there were also civilians – officials, handicraftsmen, peasants. Process of resettlement of the European part of Russia to Kazakhstan in the 80th of the XIX century amplified. Then there were first not numerous communities of Protestants, generally Lutherans, baptists and mennonites. Stolypinsky reform of the beginning of the XX century led to a new flow of immigrants that even more diversified confessional structure of the population.

Mass inflow of followers of Protestantism is connected with Stalin repressions and violent deportation to Kazakhstan representatives of many people in the 30-40th of the XX century. Among immigrants there were, for example, more than 360 thousand Germans of the Volga region.

After weakening of policy concerning the objectionable people and faiths – from the middle of the 1950th – in the republic communities of Lutheran church, evangelical Christians baptists, Adventists, mennonites are formed. Long time they acted mainly illegally. The first community of Lutheran church was registered in Akmolinsk (nowadays Astana) in 1955.

The authorities extremely reluctantly registered religious associations, nevertheless, their number constantly increased. So, by the time of disorder of the USSR in Kazakhstan 109 communities of evangelical Christians baptists were registered that exceeded quantity of Muslim mosques twice. Certain changes in the number of Protestant churches are connected with considerable migration to Germany, Russia and other countries in the 90th of the XX century. It led to that the number of associations of Lutherans, mennonites and some other faiths focused on the German population sharply fell.

Other communities turned into the multinational. They grow at the expense of representatives of the people for whom the Protestantism isn't traditional religion.

Especially rapid growth is noted among the nonconventional directions for Kazakhstan, generally pyatidesyatnichesky, Presbyterian and charismatic. These communities appeared mainly in the 90th of the XX century.

Many of them were created by foreign missionaries and received, especially during formation, significant assistance from abroad. In the activity these associations are guided by active evangelical work among representatives of various nationalities.

As a result for October 25, 2012 the quantity Baptist reached the tserkovy 100, pyatidesyatnichesky – 189, Presbyterian – 55, Lutheran – 13, Methodist – 11. Many pyatidesyatnichesky and Presbyterian churches were created by missionaries from South Korea and the USA. Among their pastors and followers there are a lot of representatives of the Korean diaspora.

The special place is taken by such communities, as New apostolic church, "Adventists of the Seventh day", "Witnesses of Jehovah" and Mormons ("Jesus Christ's church of sacred last days").

They resulted from historical development of Protestant movement, however in the dogma and cult practice have peculiar features. From the point of view of Orthodoxy and Catholicism their doctrine is sectarian. The majority of Protestant churches rejects their belonging to Protestantism. However, and representatives of these communities don't consider themselves as Protestants.

Thus, the Protestantism in Kazakhstan includes as the faiths having centuries-old history (Lutherans, mennonites, baptists and others), and the new, nonconventional communities first of all representing pyatidesyatnichesky, Presbyterian and charismatic currents.

Most widely Protestant associations are presented in the large cities, especially in the North and in the republic center.

Use of materials for publication, commercial use, or distribution requires written or oral permission from the Board of Editors or the author. Hyperlink to Qazaqstan tarihy portal is necessary. All rights reserved by the Law RK “On author’s rights and related rights”. To request authorization email to mail@e-history.kz or call to (7172) 79 82 06 (ext.111)
Қазақша Русский English
MOST READ
Month Year
Burial mounds of the southwestern part of the Semirechye region
Union of the Archives and Library
The referendum on the Constitution is a significant stage of democratization
Heroic mothers of the great steppe
Philosophy of the Emblem
14 monuments at Tekturmas
The rural akims: the country's hope is in the elections
Kazakh historical drama Tomiris premiered in Istanbul
Stolypin about the worries and hopes of immigrants to the Kazakh steppes
ALASH IDEA IS THE PROTECTION OF KAZAKH STATEHOOD
A tireless explorer of the Kazakh land
SWITCHING TO THE LATIN ALPHABET – UNITE ALL KAZAKH PEOPLE
Kunaev Dinmukhamed Akhmedovich
People who eat horses will kill you
Kazakhstan's participation in the Winter Olympics has a long history
Materials on theme
Catholicism history in Kazakhstan
Islam in Kazakhstan
Catholic church in Kazakhstan
Far-Sighted Vision that Inspires Interaction among Religions