The national cultural centers in Kazakhstan 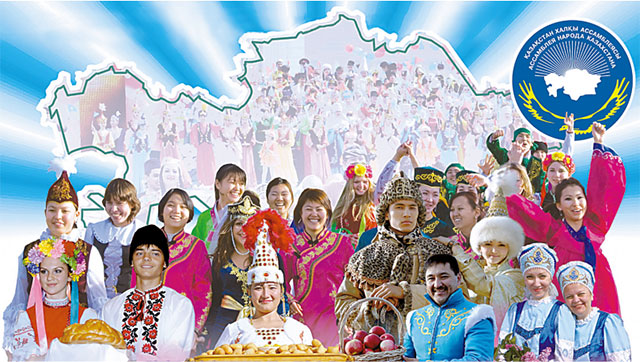 Formed by the decree of the president of the Republic of Kazakhstan on March 1, 1995, the Assembly of the people of Kazakhstan takes the central place in system of the state national policy.

Formed by the decree of the president of the Republic of Kazakhstan on March 1, 1995, the Assembly of the people of Kazakhstan takes the central place in system of the state national policy. Integrating over 820 ethnocultural associations, it became the key link of a public consent combining possibilities of civil society and the state. Not having analogs in the world this unique institute of civil society, became on the present body of national diplomacy. For years of the work the Assembly turned into the coordinator of work of the central and local executive bodies of the power for interethnic development. It is work covers information, educational, educational, legal, and also the international aspects of providing an interethnic consent.

The chairman of Assembly is the President – the guarantor of the Constitution, and it defined its high political status. Decisions of its supreme body – session of ANK are obligatory to consideration by all government bodies.

In Kazakhstan works 88 ethnic comprehensive schools at which training is conducted in the Uzbek, Tajik, Uigur and Ukrainian languages. At 108 schools languages of 22 ethnoses are taught as an independent subject. In 190 specialized linguistic centers languages of 30 ethnoses are studied.

Use of materials for publication, commercial use, or distribution requires written or oral permission from the Board of Editors or the author. Hyperlink to Qazaqstan tarihy portal is necessary. All rights reserved by the Law RK “On author’s rights and related rights”. To request authorization email to mail@e-history.kz or call to (7172) 79 82 06 (ext.111)
Қазақша Русский English
MOST READ
Month Year
Recorded history of Kazakhstan. Part 2
Heroic mothers of the great steppe
How had the World War II been started?
Philosophy of the Emblem
14 monuments at Tekturmas
The rural akims: the country's hope is in the elections
Kazakh historical drama Tomiris premiered in Istanbul
Stolypin about the worries and hopes of immigrants to the Kazakh steppes
ALASH IDEA IS THE PROTECTION OF KAZAKH STATEHOOD
A tireless explorer of the Kazakh land
SWITCHING TO THE LATIN ALPHABET – UNITE ALL KAZAKH PEOPLE
Kunaev Dinmukhamed Akhmedovich
People who eat horses will kill you