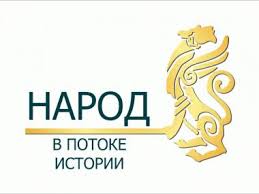 In the North Kazakhstan area on the ancient settlement of Ak-Iry, modeling of cultural and historical events of the early Iron Age passes.

In the North Kazakhstan area on the ancient settlement of Joint stock company-Iry passes modeling of cultural and historical events of the early Iron Age.

Since the end of the 60th years of the XX century systematic researches of ancient cultures of edge from the Stone Age before the Middle Ages began the North Kazakhstan archaeological expedition.

"Since an era of the Stone Age, the territory was intensively inhabited by the person. The new natural zones created after disappearance of a glacier, and regular climatic changes presented to the population not only favorable conditions, but also quite powerful living potential in the form of numerous and various flora and fauna. It allowed ancient neolytic tribes of the region, to monks of an era of bronze, the early Iron Age and the early Middle Ages step by step to pass from hunting and collecting to agriculture and cattle breeding and, finally, to a nomadizm. Thus, the area territory since the most ancient times was included in the active general historical processes proceeding in the Euroasian steppes", - the candidate of historical sciences, the associate professor of the North Kazakhstan state university of M. Kozybayev Anatoly Pleshakov told to the correspondent.

In the territory of Northern Kazakhstan hundreds monuments relating to different eras, including by skifo-saksky time were found. In the late nineties of the XX century joint Kazakhstan-German expedition investigated Baykar's saksky sanctuary. These materials considerably expanded ideas of the early Iron Age of the region.

Since 2004 systematic works on the ancient settlement of Joint stock company-Iry where are made not only monument excavation, but also modeling of cultural and historical events of the early Iron Age of steppe Priishimya in system of the Great steppe номадов are begun.

The strengthened ancient settlements of the skifo-saksky period in the north of Kazakhstan, the ancient settlements of Joint stock company-Iry recorded in the form of perfectly remained remains and other monuments with majestic fortification constructions, were the peculiar outposts separating the being formed world of the steppe civilization from inhabitants of a forest zone.

"In the course of prospecting works, - Anatoly Pleshakov speaks, - the platform of a monument located on the high right radical river bank Ishim, in a place being a geographical border area between the picturesque Ishimsky plain and the southern edge of the West Siberian lowland was in details surveyed. The ancient settlement was located on the high triangular cape, unapproachable from two parties and separated by defensive works".

The ancient settlement functioned as cult and economic and trade and boundary object. The numerous, well remained bones of animals meeting in separate holes testify to it is obvious not economic appointment. On all signs at departure of ritual actions, hulks were dismembered, and in certain cases even were located in separate sacrificial provisions. The remains of full skeletons of animals are fixed also.

"In the central part of the ancient settlement, on an earth surface, it is accented vast, slightly profound platform with wide flutes lucheobrazno dispersing in all directions which near a fortification connect to the bypass road is allocated. The ancient settlement population already during this early period of the Iron Age reached, judging by finds, rather high level of development. On a monument production sites on which it is concentrated are isolated fragments of the burned brick, metal slags are fixed. The remains of furnaces intended for smelting of metal that testifies that ancient саки were well familiar with technology of metallurgical production are found. On a modern surface the rampart up to one meter high and a defensive ditch about a meter in depth is in details visualized. In the course of excavation it is revealed not only main (central), but also auxiliary (lateral) entrances on the ancient settlement territory", - Anatoly Pleshakov explains.

Gradually the planigrafichesky model of inhabited space of the archaeological object equipped in the form of a steady set of economic holes and deepenings, surrounding the small, well stamped platforms appears. The inhabited platforms calculated on accommodation of collective, numbering no more than 6 people are recorded.