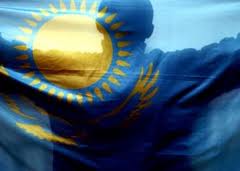 The period of construction of the new state appeared historically difficult stage in the history of the Fatherland.

In represented first volume of the book on the basis of attraction of extensive istochnikovy base, materials of periodicals authors originators managed to recreate all range of the most significant events occurring in Kazakhstan in the period of 1990 — 1995. Establishment of a post of the President in April, 1990, adoption of the major normative legal act "Declarations on the state sovereignty" on October 25, 1990, declaration of the state independence of Kazakhstan on December 16, 1991, signing of the Almaty act of creation of the CIS, adoption of the Constitution of the sovereign state, radical transformation of existing system of economy, introduction of own currency, development of the state symbolics, national presidential elections became peculiar milestones of the first years of independence. These and other fatal events having the enduring historical importance, received consecutive reflection on chronicle pages.

In the first volume of the chronicle the important place is allocated for process of formation of the Republic of Kazakhstan as subject of international law. In the book participation of the country in activity of the leading international organizations is reflected. Originators draw a conclusion that for establishment of diplomatic relations with the foreign states huge fruitful work was carried out, result of that became — literally in the first years of independence — official recognition of Kazakhstan and establishment of diplomatic relations at once with several tens countries of the world.

Originators presented historical process not only from a position of global events for the country, but also through a prism of an everyday life, events occurring in the certain city, the mudflow, the remote aul.

Using scientific methods of knowledge, chronicles recreate a comprehensive, detailed picture of historical reality with all its problems and achievements.

"Independent Kazakhstan: day after day. Chronicle of events" is addressed to students, teachers, scientists-historians, and also everything who is interested in the contemporary history of Kazakhstan.

Use of materials for publication, commercial use, or distribution requires written or oral permission from the Board of Editors or the author. Hyperlink to Qazaqstan tarihy portal is necessary. All rights reserved by the Law RK “On author’s rights and related rights”. To request authorization email to mail@e-history.kz or call to (7172) 79 82 06 (ext.111)
Қазақша Русский English
MOST READ
Month Year
Burial mounds of the southwestern part of the Semirechye region
Union of the Archives and Library
The referendum on the Constitution is a significant stage of democratization
Heroic mothers of the great steppe
Philosophy of the Emblem
14 monuments at Tekturmas
The rural akims: the country's hope is in the elections
Kazakh historical drama Tomiris premiered in Istanbul
Stolypin about the worries and hopes of immigrants to the Kazakh steppes
ALASH IDEA IS THE PROTECTION OF KAZAKH STATEHOOD
A tireless explorer of the Kazakh land
SWITCHING TO THE LATIN ALPHABET – UNITE ALL KAZAKH PEOPLE
Kunaev Dinmukhamed Akhmedovich
People who eat horses will kill you
Kazakhstan's participation in the Winter Olympics has a long history
Materials on theme
Independent Kazakhstan: Day after day. Chronicle of events (1996-2000) 2 volume.
Independent Kazakhstan: Day after day. Chronicle of events (2001-2005)
Published books under Goverment programm
Release of new books