Home E-resources Archaeology - the mirror of the history

Archaeology - the mirror of the history 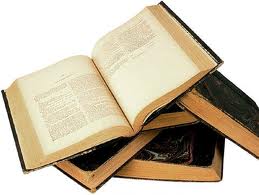 Archaeology - the mirror of history, this is the science that provides evidence of many conjectures, hypotheses and versions.

Archaeology - the mirror of history, this is the science that provides evidence of many conjectures, hypotheses and versions. Archaeology revolutionized the science of history, extending the spatial horizon of history in almost the same extent that the expanded field of view the telescope of astronomy. The prospect of the past increased  hundreds of times. The archeology  particular importance is of the countries and peoples, the written history of which (due to the scarcity of written sources themselves) with little or unknown.

This applies also to the history of Kazakhstan, details of which are hidden in the monuments of archeology. It's hard to name another region of Eurasia, where ancient monuments so much.

In the IV-III millennium BC. e. in Kazakhstan, the culture of horse breeders, known from excavations of the settlement Botay in the north of the country. Found that Kazakhstan was part of the domestication of the horse area, revolutionary in its importance of a process that has played a prominent role in the development of the whole of Eurasia. Archaeologists have discovered a proto-cultural monuments in the steppe zone, they are about 4 thousand years. In the Bronze Age on the territory of Kazakhstan was inhabited by tribes of the so-called Andronov culture, they know irrigation, bred purebred cattle. The people of this era were not only warriors, shepherds and farmers, but also skilled metallurgists.By the late Bronze Age is open archaeologists Begazy-Dandybay kulturaTsentralnogo Kazakhstan with its monumental architecture and numerous settlements focused on smelting of copper. Central Kazakhstan has become one of the largest centers for the production of copper and bronze on the continent.

Lived ancient Androns large settlements in mud huts or houses, and there were ancient proto surrounded by walls and moats, built up according to plan. Protopismennost infancy, reached a high level and crafts, which is largely determined by religious beliefs associated with the mythology, when life seemed kind of cycling of natural cycles: the vernal equinox, followed by plowing, and then - autumn harvest, then - lambing livestock, gathered strength in the winter, and were waiting for the arrival of spring warmth. Each of these events was accompanied by sacrifices to the gods, prayers and special ceremonies, which were made in special sanctuaries - in the mountain gorges, at sacred springs and rivers.

In the Bronze Age on the rocks of similar shrines appeared drawings that reflect the views of the outside world Andron: on smooth surfaces of rocks ancient artists with pieces of stone knocked out pictures of animals people, sun people, chariots, battle scenes. Images of the wild-ox-round with curved horns outstretched - one of the most common patterns. Such images have appeared in the Stone Age. Among the petroglyphs are images of the home bull in harness during plowing or pulling a wagon. The bull is a symbol of power and strength and is associated with the idea of fertility.

In some sanctuaries of the ancient worship of the sun depicted scenes of the annual Mitra. Favorite subject in rock art was a way of double-humped camel - Bactrian. Among the Bronze Age petroglyphs common image chariots.

In the Bronze Age in the development of mankind has undergone tremendous change: rapidly developing animal husbandry and agriculture, mining ore and metallurgy, metal (bronze) tools, weapons and ornaments, construction of dwellings, barter. The tribes of this era lived on the territory of Kazakhstan from the XVII to IX centuries. BC.

They were replaced by Saks - the so-called people of this ancient Persians, the Chinese called them "se", and the Greeks - 'Scythians. "Saks were among the nomads, semi-nomads and farmers. At VII - III centuries. Before ne. Saka tribes unite in unions . at the head of these unions are paramount chiefs. As IV - III centuries. Saka created the first state, the center of which was located on the territory of Zhetisu.

Saks set the writing, mythology and outstanding art, called "Art Animal Style." The king was regarded as the Sakas elect of the gods, a mediator between heaven and earth, the centers of the world, the bearer of the world's prosperity. From his physical strength and spiritual well-being depended on the energy of the people. This is shown by burial Saka king in Issyk barrow. "The Golden Man" was a warrior, as evidenced by weapons that are with him, and a golden arrow, and a priest - he was wearing on his head a kind of peaked cap, and lay next to the mirror - and a shepherd, as evidenced by the lash laid in the grave. Saki were brave warriors - Herodotus wrote about this and other philosophers and historians of ancient Greece and Rome. Saks known war with the Persians, the victory led by Saks Tomiris over the Achaemenid king Cyrus. Saks and successfully fought with the soldiers of Alexander the Great.

The discovery by archaeologists outstanding monuments Saka culture, such as mounds of Issyk Chilikty, Uygarak, Saks cities Chirp-operation and Balanda, allowed to make a major breakthrough in historical knowledge. Based on data from the digs, which gave invaluable information on the economy, the stratification of society, literature, works of art, mythology, one can speak of the ancient states of Saks, emerged on the territory of Kazakhstan in the middle of the 1st millennium ne. Somewhat later formed the state Ningpo, Kang-kü/Kangju and Sarmatia. These findings allow us to consider the history of Kazakhstan in the common cultural space with such ancient nations as the Achaemenid Iran, Ancient Greece, Han China, Bactria, Khorezm.

At the same time, begin to form and the proto-Turkic ethnic groups that made ​​up protoosnova ethnic Kazakhs. It took part in the formation of proto-, Iranian, Ugric and other nations.

The history of Kazakhstan is closely related to the first Eurasian empire - Turkic Khanate, who had continued in the states of the Western Turks: Turgeshes, Karluk, Kimaks, Oguz, Kipchak, karaganid. It is from this time in Northern Eurasia, almost without changing the boundaries of habitats, living ancestors of the Kazakhs, namely in the area we live in today. I ne mid-century. - An important milestone in the history not only of the Kazakhs, but all Turks.

In the ancient written sources, written in honor of the famous warrior-king's seed Kyul Tegina, so says a new era in the Great Steppe "When things were made clear blue sky at the top and at the bottom - the brown earth, between the two of them were created, the sons of men. Over the sons of men seated on the throne of my ancestors Bumyn-Kagan and Istemi-Kagan. Sitting on the kingdom, they are protected by the state and established the laws of the Turkish people. "

Empire of ancient Turks stretched from the Pacific Ocean to the Black Sea. At this time, change begins in ethnic media - the predominance of proceeds to the Turkic-speaking tribes, the center of which is the Altai. During the second half of VI. Written sources fixed term "Turk" (in Chinese gear - tutszyue in Sughd - Turk). Archaeological study of Turkic monuments allows us to associate them with specific Turkic tribal associations. Identified archaeological culture comparable with earlier Kyrgyz, Kimaks, Kipchak, Oguz.

During the civil strife, tribal wars, the struggle for power and pastures part of the Turkic tribes living in the steppes, mountains and valleys of Kazakhstan, moved to the south - in Central Asia (Turgish, Karluk, Kipchak Uzbeks, Oguz, Turkmen Seljuk) Minor Asia and the Caucasus - Turkmen, Seljuks, and in Europe - Kangars Pechenegs, Kuman-Kipchak, Oguz Turks. An interesting question about the origin of the ethnonym "Kazakh". Kazakh - a Turkic word, according to some researchers originally so called free people, wandering, wandering along the Great Steppe.

After the collapse of Mogulistan and Nogai Horde Kazakhs settled Zhetisu and the western part of East Dasht-i Kipchak. Gradually, the concept of "Kazakh" became an ethnonym to refer to the people, who settled in the territory of Kazakhstan.

At the beginning of the XIII century after the Mongol invasion of the Mongol Empire formed ulus - Jochi and Jagatai, then gave birth to Ak-Orda, and later - the Kazakh Khanate. Mongolian ethnic element dissolved in the Turkic ethnic group. All these states have a mixed economy. Pastoralists side by side with farmers, the steppe and the city complement each other. Taraz, Otrar Ispidzhab, Almaty, Talkhir, Kajalyk stood on the ancient Silk Road that linked the ancient and medieval West and the East: Japan, Korea and China Power Karakhanids, Iran, Seljuk State, Russia and Byzantium.

Along this route, delivered a wide variety of products: silk, linen, silver, and precious stones, drugs and dyes, for sale as a rare gifts drove and drove horses, falcons, elephants and cheetahs, rhinos and ostriches. The Great Silk Road spread the art of dance and painting, architecture and music. On it moved religions: Manichaeism and Buddhism, Christianity and Islam, which, since the IX-X s, becomes dominant, and then the main religion of the Kazakhs. On the banks of the Syr Darya in Turkestan city being built in the late XIV - early XV century religious relic of all the Turkic-speaking peoples - the mausoleum of Khoja Ahmed Yasawi. All the ideas and achievements of various civilizations and recycled absorbed people who lived on the territory of Kazakhstan and became the basis of the Kazakhs, contributing in turn to the world's treasury of its achievements in the economy and culture - mobile home tent, saddle and stirrups for the horse, mounted combat art of war , carpet patterns, and silver jewelry, music, reminiscent of the steppe horse race.

Use of materials for publication, commercial use, or distribution requires written or oral permission from the Board of Editors or the author. Hyperlink to Qazaqstan tarihy portal is necessary. All rights reserved by the Law RK “On author’s rights and related rights”. To request authorization email to mail@e-history.kz or call to (7172) 79 82 06 (ext.111)
Қазақша Русский English
MOST READ
Month Year
Recorded history of Kazakhstan. Part 2
Heroic mothers of the great steppe
How had the World War II been started?
Philosophy of the Emblem
14 monuments at Tekturmas
The rural akims: the country's hope is in the elections
Kazakh historical drama Tomiris premiered in Istanbul
Stolypin about the worries and hopes of immigrants to the Kazakh steppes
ALASH IDEA IS THE PROTECTION OF KAZAKH STATEHOOD
A tireless explorer of the Kazakh land
SWITCHING TO THE LATIN ALPHABET – UNITE ALL KAZAKH PEOPLE
Kunaev Dinmukhamed Akhmedovich
People who eat horses will kill you