Home Interdisciplinary Studies Ethnography The Ottoman Turks and their Sultans 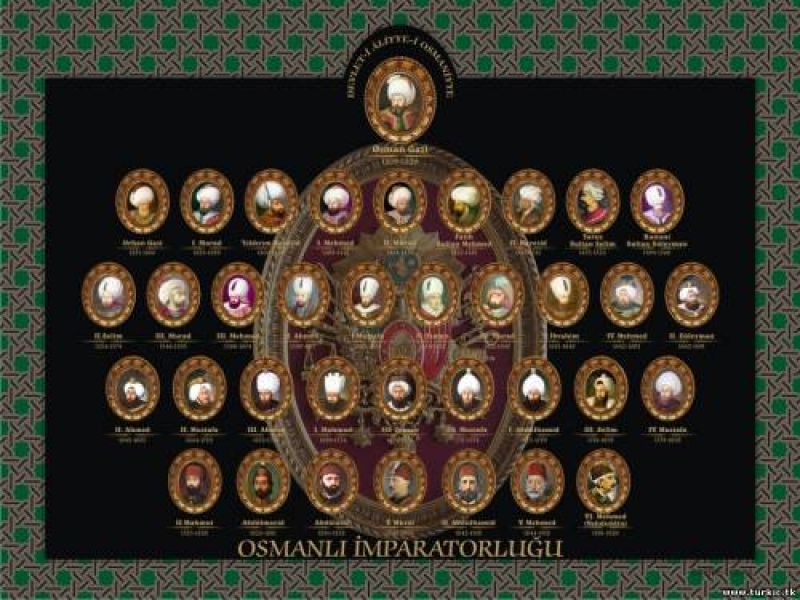 The Ottoman Turks of Istanbul and their Sultans

In the ancient times, the Turks descended from the Altai, went to the west. About 200 years BC, the part of the Turkic tribe Ce or Sakha (saki) wandered in the west of Alatau. From these places, they were herded by the Tibetan tribe bobezhi and therefore they were forced to migrate further west. The Western branch of Turks called Kandi was met on the way by the Chinese traveler Chang Tsan. According to Chinese chroniclers, the genus Kanli, had about one hundred and twenty thousand yurts. They had five small khanates: Tashkent, Samarkand, Kerman, Bukhara, Khiva. The jewish historians called them Scythians or Sakas. One part of this Turkic tribe remains in Persia, one person from their tribe Akjar, Nadir-shah, conquered all of the Persians. The Reigning Persian Shah is also Turk by birth; he is from the tribe Kazhar. This is Ali, the son of Shah Muzzafar-ad-din.

In 1219, the armies of Genghis Khan defeated all the peoples of Central Asia and all the families moved in all directions, the part of Knagli led by Khan Kabi, consisted of about 50,000 yurts, entered the land of Rum (Rome). When the war was almost finished, the son of Kabi-Khan Suleiman, along with his people, went back home, but sinked in the river Frat (Euphrates? - Trans) on his way back. The son of Suleiman Torgul stayed near Arz-Rum with 400 yurts. The brave warrior Torgul personally involved in the capture of neighboring territories. When he learned that the king of the state Kunii Alaidden (Aladdin) tried to stop an army of Chagatai, the son of Genghis Khan, he decided to stand on the side of Alaidden and showed the courage.

In gratitude for his valuable services, Alaidden provided Togrul with the lands of Eskud, Karashatau, Tomanshi and assigned him as a commander of his own army. In 1272, at the age of ninety, Torgul dies, and his son Osman became to commander. He was an outstanding general. He continued to conquer the neighboring territories. He seized the lands of Karasha Hasar. Alaidden proclaimed him as an independent ruler of this land. This happened in 1282. Eleven years later, the ruler of Tavria Ghazan-Khan from the Genghisides, conquered the Roman Empire and divided it into the small states. Osman Khan remained at the head of an independent country. It was already in 1300. For this reason, the local Turks proclaimed themselves the Ottoman Turks, and Khan Osman became the first Turkish sultan (the founder of the new state - Trans.).

From the book of Shakarim Kudayberdy-uly "Genealogy of Turks, Kyrgyz, Kazakhs and their Khan dynasties". Translation by B. Kairbekov. - Alma-Ata, Dastan JV, 1990