The new socioeconomic priorities, initiated by the “Kazakhstan -2050 ”Strategy” Program 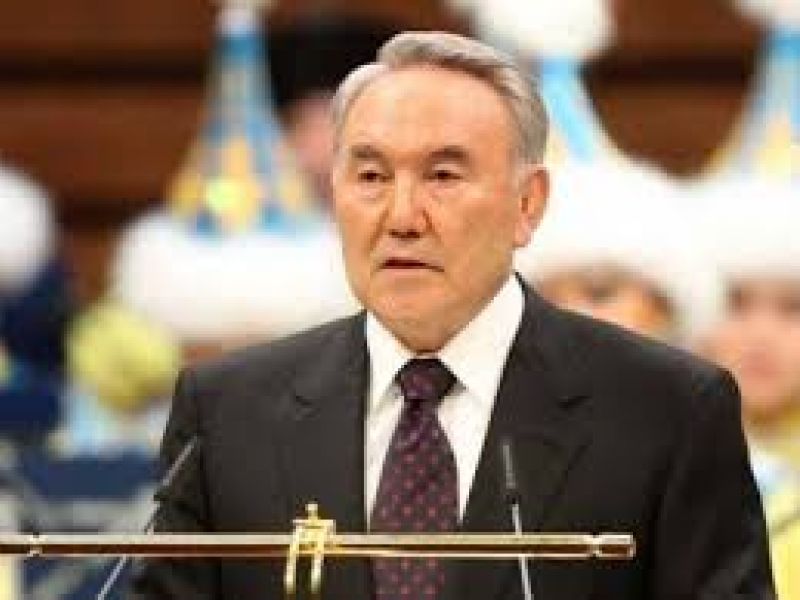 The new socioeconomic priorities, initiated by the

The “Kazakhstan-2050” Strategy reflects the new level of strategic vision of a future, policy and planning at the level of a long-term forecasting with reference to the crucially new challenges of globalization, the new factors of science and technology progress of the world productive forces, which seize all the countries at a growing rate and throughout, objectively preconditioned by its economies integration, social life activities, cultural processes. The strategic tasks and directions designed to the implementation are currently central for the whole world community, which sets a goal to solve the problems of V and VI technological modes.

The “Kazakhstan-2050”Strategy” for the first time ever propagates the global directions of science and technology and socioeconomic progress at the level of each several country. First time ever not only in CIS, but even in more developed markets which experience significant problems of a global financial and economic crisis and they have no time to set such long-dated strategic objectives of a global development. No one of them has such a long-term strategy. The famous experts of Europe, America, Asia countries provide the evidence of it. Such a long-term strategy determines the position and role of Kazakhstan within a framework of future Eurasian economic union, in some ways appears as a guarantor of its political independence, safeguards our country from the potential political expansion sideways our near and far away neighbors. As of today in the world there are fair examples of small and midsized countries with immense territory and small demographic potential, which having reached the point of highly developed, successfully cooperate in the modern globalized world and confidently assert its national sovereignty: for example, Sweden, Norway, Finland, Taiwan, etc. The new strategy of Kazakhstan is a guarantor of successful future of our country. The first half of XXI century should become a stage of passionary development of Kazakhstan economy, its state and spiritual progress. The fundamental tasks of a brand new stage of development, connected with the third industrial revolution on basis of informational and nanotechnologies, rest on  the sound economic potential created in the course of the “Strategy-2030” implementation and within a framework of the program on AIID of RK.

One of the priority tasks proposed by the President of Republic of Kazakhstan, is a new statement of strategic long-term planning as an attribute of a strong state, which creates an advanced economy and a welfare society. The step-by-step dynamics of social and economic processes in the forthcoming post-crisis period will change and accelerate not only at the level of advanced economies, but the countries of reaching and catching-up development. The elaboration of the  succeeding stage of industrialization, which under the conditions of Kazakhstan should be in accord not only with the negotiation of deindustrialization process and accomplishment of industrialization stage at large, but equally with the neoindustrialism program and stages of fifth and sixth technological modes is called among of high priority. The dual-purpose goal in he forthcoming two decades before 2030 at the level of strategic planning in Kazakhstan is indicative for almost all the post socialism countries.

The forecasting horizons on the substantial and temporal levels vary not only within a framework of EurAsEC, but globally on scale of the WTO. The process of science and technology progress speeding in the globalized world appears as an imperative of stagnation and recession negotiation countrywide. Therefore we are called to blankly go back from the inertness of emulation and borrowing of ideas and provisions of relevant programs, especially on the countries of the near abroad. Inasmuch as in years to come the unconventional goals are assigned, then the Strategy-2050 in stages and terms of implementation of essential ideas, purposes and intents should reflect the potential and mechanisms of implementation immanent to Kazakhstani reality.

In capacity of the most important base and strategic component of strategic planning the President of the RK propagates the necessity of elaboration and implementation of crucially new system of natural resources management, which have to be used as an important strategic advantage of Kazakhstan. The technologic revolution having accelerated and changing the structure of charge stock processing expands beyond measure the nomenclature of end product output from the hydrocarbon, metallurgic and uranium raw material and sphere of its utilization as accelerators of a world technological progress in the area of nanotechnologies and biotechnologies and new cognitive economy at large. Hence the new system cannot be a continuation of existing situation in the management of natural resources, especially in the organization of property relations, assets correlation at the level of investment TNC branches, which considerably restrict the economic sovereignty of republic and actually in substantial view dither one of the background articles of the Constitution of RK about the state’s proprietary right to the sub-soil assets. In this context over the last years the President and Government of Republic make serious efforts on evolutionary reestablishment of equal jural relations in possession and disposition of the sub-soil assets.

To our opinion the essential additions and amendments are necessary to the Law “On subsoil”, where it has to be again entrenching the inviolability of state’s right to the republic’s subsoil. Immeasurable increment of finished products of natural raw materials as the components and accelerators of a world technological progress and a factor of the speedup of economic growth determine the whole new approach to the attraction of state-of-the-art technologies of extraction and processing of the raw material resources.

The upcoming speed-up of technological revolution will undoubtedly have an impact on the accelerated assimilation and utilization of resource potential of developing countries and, consequently the terms of conversion and exhaustibility of natural resources will shorten. Therefore the problem of fresh approach to the strategic sites and enterprises management in the given area is objectively put forward. The role and significance of public assets, which determine the measure and level of a state management, find a particular importance. Particularly in the light of the “Kazakhstan-2050” tasks, when the country asserts to be among 30 most developed countries. The question about the possession, usage and disposition of national wealth basics and a crucial role of native entrepreneurship in this area is immediate from the guidelines of the “Kazakhstan-2050” Strategy”.

The trend and efforts on strengthening of economic sovereignty of the CIS and other countries are the formal trait of a modern policy line of nation states. But in any one of them, it undoubtedly has peculiar suppositions, economic mechanisms and, not least importantly depends on the political will and administrative leverage of each of them. Therefore the theoretically-methodological and politico social elaboration and substantiation of stages, ways and tools of successive consolidation of economic potential and the republic’s sovereignty at the new stage of industrial revolution requires the  joint efforts of scientists, political leadership, administratively-planning bodies. Already in the forthcoming decade (2013-2025) the condition and content of cooperation with the foreign companies in the area of the subsurface use should change drastically.

It will certainly associated with the supply of the state-of-the-art technologies of extraction and processing to our country and creation of the latest manufactures on basis of a joint enterprising in the republic. Thus the policy of a lop-sided gross attraction of investments to the area of extraction and primary processing will be fiercely negotiated.

The question in the Letter is about the transition to the new strategy of assimilation of nature resource materials with the advanced refining stage, which meets the interests of a republic’s neo industrial progress on basis of new generation clusters. Only against this background it is possible to reach the beneficial and advantageous for a country cooperative partnership. The simplified version of foreign investments attraction, where the priorities of the TNC branches interests are laid down, reoriented to the new model of republic’s economic advance.

Kazakhstan is virtually initiating a policy of  a “green path of development” first among the CIS countries, and indeed the whole community at the level of state policy. “The energy of future” is a global challenge and it is propagated by the state, possessing the huge natural energy resources, in the name of global security and stability. The “green revolution” movement acquires the new subject matter not only as a geniture of modern science and technology progress, but the objective process of energy resources saving.

Republic of Kazakhstan having been singled out for the carrying out of the “EXPO-2017” will take an active hand in the solution of this significant global aim, where the countries worldwide will offer the new embodiment of a universal concept of an “energy efficiency” as an indissoluble component of third technologic revolution on humanization and environment protection. The country possessing the enormous sources of alternative energy positively takes the path of high technologic effectiveness and environmental compatibility. The suretyship is a pathway of a “green revolution”, declared by the President of Republic of Kazakhstan.

The “Energy of future”, “green revolution” movements  having find an active support of general public of a planet are accompanied by the radicalization of public opinion against the atomic reactors and nuclear waste disposal even in the industrialized countries, prepossessing the uttermost warning facilities of nuclear arms. The after effects of nuclear holocaust are unpredictable even in conditions of great nuclear-weapon states, which the USSR has been in olden times, having experienced the Chernobyl tragedy. Without mentioning the after effects of nuclear tests in Kazakhstan, evoking the restiveness of the whole republic population. In this context the problem of global security and stability acquires the new qualitative content and the movement for the world nuclear safety is aligned with the problem of gradual refuse from the atomic power engineering in the range of the most developed countries (Germany, Japan, France, etc.), say nothing of newly independent states, which do not possess and are not secured by the adequate protection against the potential nuclear disasters both terroristic and technological character. Therein Kazakhstan having initiated the important “the energy of future” international act, will surely present to the world the new proposals on the provision of nuclear and environmental safety of Eurasia and Central Asia subcontinent, what undoubtedly should appear the reasoned development of program measures for the nuclear security, initiated by the President of Republic of Kazakhstan from the UN rostrum.