The "Atyrau throughout centuries" exhibition at the National Museum in Astana 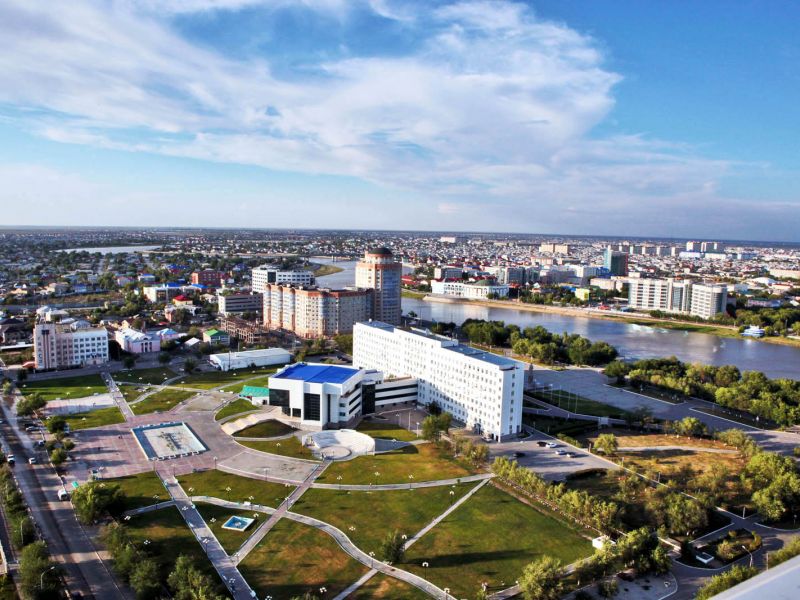 The National Museum of the Republic of Kazakhstan hosts the opening ceremony of the "Atyrau throughout centuries" exhibition on 24 June 2015. The exhibition will demonstrate the collections of the Museum of Local History and the Museum of Visual and Applied Arts named after Sh. Sariyev of Atyrau region. The event is organised within the "Kazakhstan throughout centuries of history" project.

The main idea of the exhibition is to strengthen cultural ties between the regions of the country, promotion of the museum development, presentation of priceless artefacts, object of material and cultural culture of the Kazakh nation to residents and guests of the capital city.

The exhibition appears to cover a wide range of issues related to the history of the Kazakh Khanate because Atyrau region is a part of the Junior Zhuz and possesses a lot of interesting historical facts about legendary khans Abulkhair (1693-1748) and Bukei, the founder of the Bukei Horde, national hero Syrym Datov, and leaders of the national liberation movement Makhambet Utemisov and Isatai Taimanov. The exhibition organisers will demonstrate a maquette of sultan Beibars, a ruler of Egypt, who, in the view of some experts, was born in this region.

Among the most significant exhibits are photos and golden jewellery of the Golden Man that was discovered in Zhylyoisky area in the site named Araltobe, pots and ceramic vessels dating from the Sarmatian period.

The "Atyrau throughout centuries" exhibition will tell the history of the petroleum industry in Kazakhstan and the development of the city of Atyrau. It will show the modern regional development. The exposition will also include ethnographic crafts, saddle graced with bones and silver, whip decorated with silver (20th century), wooden pottery, dombra (19th century), silver jewellery, and 60 pictures from the collection of the Museum of Visual and Applied Arts named after Sh. Sariyev.

It’s noteworthy that the National Museum of the Republic of Kazakhstan initiated the "Kazakhstan throughout centuries of history" project that allows exhibiting collections of regional museums in the capital city of the country. The project provides an opportunity to show the history of Kazakhstan to people. The Karaganda Regional Museum of Local History was the first museum to support this project. The staff of the Karaganda Museum visited the National Museum in Astana for the first time and expressed their gratitude on the opportunity to share their experience with colleagues.