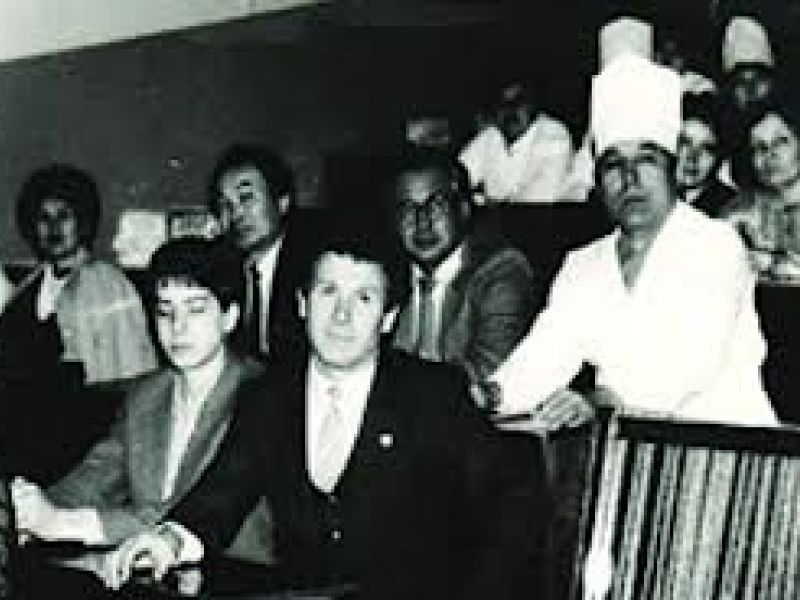 The condition of science and its level in postoctober Kazakhstan were defined by such objective principles, as small number of the scientific intellectuals and absence of the developed research centers. Historical and statistical department at Kazvoyenkomat's staff (1919), the Scientific Commission of department of education of Kazrevkom (1920), the Academic center Narkomprosa were limited to the organization of works of local history and applied character (1921).

Activity of the Orenburg, Turkestani departments, Semipalatinsk and Almaty sections of the Russian geographical society was gradually stirred up.

In the 20th гт. in Kazakhstan numerous stationary and forwarding groups of the Commission on studying of natural productive forces (KIEPS), Select committee on research of federal and autonomous republics (OKISAR) of Academy of Sciences of the USSR, etc. worked. Their activity took place under the leadership of outstanding scientists: academicians I.M. Gubkin, A.N. Samoylovich, A.E.Fersman, professors A.A.Grigoriev, S.I.Rudenko, etc., made a big contribution to studying of a subsoil, faunae and florae of Kazakhstan, history and ethnography of the Kazakh people.

In 1920 the group of enthusiasts headed by scientist-regional specialist A.P. Chuloshnikovym organized Society of studying of Kazakhstan, declared the purpose studying of Kazakhstan and adjacent areas in the historical and archaeological, natural and geographical, ethnographic and economic relations. Society published A.F.Ryazanov, A.Divayev, M. Tynyshpayev, M. Dulatov, A.P. Chuloshnikov's which haven't lost values and today the works.

There were first research establishments: in 1922 — Regional chemical and bacteriological laboratory at Narkom zdrave of KACCP, in 1924 — Regional station of protection of plants, in 1925 — Sanitary and bacteriological institute Narkomzdrava and Veterinary and bacteriological institute at People's Commissariat for Agriculture, in 1926. Institute of fertilizers and agrology. By 1932 in Kazakhstan 12 research institutes, 15 experimental stations, 186 strong points, laboratories, gidrometstan-tion, a number of the prospecting organizations functioned already. Then the Kazakhstan base of Academy of Sciences of the USSR reorganized in 1938 into the Kazakhstan branch of Academy of Sciences of the USSR is created. Scientific centers developed in a number of higher educational institutions. All-union recognition was gained by results of geological and biological sciences, publications of historian S. D. Asfendiyarov, philologist K.K.Zhubanova, and also work of professor A.N. Syzganova on studying and treatment of a zobny endemiya.

Scientific capacity of Kazakhstan grew in days of the Great Patriotic War. It is connected first of all with temporary stay in the republic of the evacuated largest scientists and scientific institutions. In the years of war the scientific degree of the candidate of science and the doctor of science was received by about 130 teachers of higher education institutions of the republic, was organized Kazfilial's seven new institutes of Academy of Sciences of the USSR. In 1945 in Kazfilial's structure there were 16 institutes, 7 sectors, worked 6 academicians and corresponding members of Academy of Sciences of the USSR, 60 doctors of science and the professors, over 140 candidates of science. Kazfilial organized over 350 forwarding groups which made a worthy contribution to mobilization of natural resources of Kazakhstan for needs of the front.

A number of scientific development of Academy gained world recognition. In 1958 for development of a technique and drawing up complex metal-logenichesky and expected maps of the Central Kazakhstan scientific I.I.Bok, R.A.Borukayev, G.Ts.Medoyev, D. N. Kazanli, K.I.Satpayev, etc. was awarded the Lenin award. The cycle of works on opening and studying the informosy — a new class of the intracellular particles, executed by group of scientists, among them Candidate of Biology M. A.Aytkhozhin, is awarded the Lenin award in 1976.

In 70 — the 80th were issued five-languid "History Kazakh the Soviet Socialist Republic", ten-languid "The explanatory dictionary of the Kazakh language", eleven-languid monographic work of "the Metalgenius of Kazakhstan", "Mammals of Kazakhstan" in nine books, works according to "Flora Kazakhstana" in nine volumes, a number of fundamental monographs on dialectic logic.

The noticeable phenomenon in the field of social sciences became изучениеи the edition of heritage of Al-Farabi, Valikhanov, I.Altynsarina.

By 90 of 32 AN scientific institutions of Kazakhstan were united by six offices: physical and mathematical sciences, sciences about Earth, chemical and technological, biological, social sciences and the Central Kazakhstan office of sciences. Total number of employees made 10994 persons, of them research associates — 4475, including 244 doctors and 1798 candidates of science.