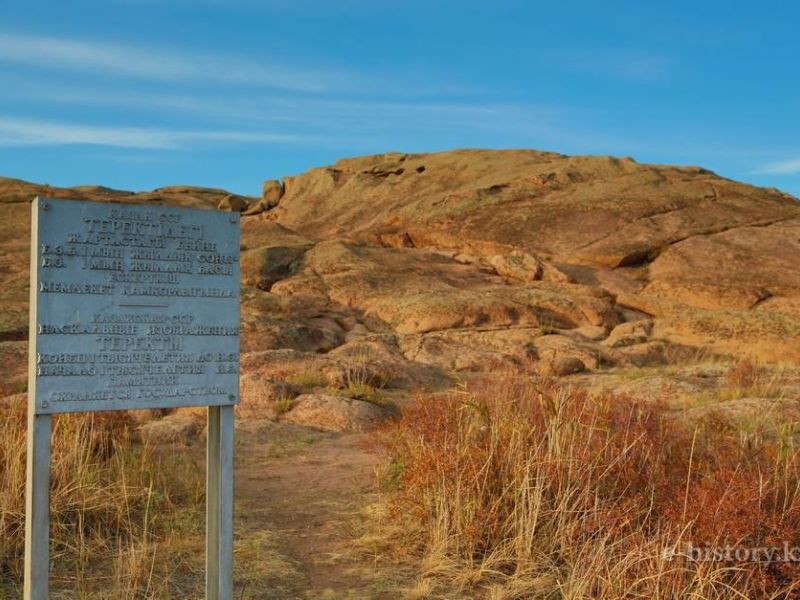 Terekty-Auliye — the archaeological monument in the Central Kazakhstan which saved ancient rock painting. Terekty’s shrine locates in 85 km from the city of Zhezkazgan and in 20 km from Terekty’s station.

It is a special monument of the historical past. Here the images cut on stones according to which it is possible to receive data on the material, spiritual and social features of life of our ancestors remained. These petroglyphs are found among low henna-red hills. 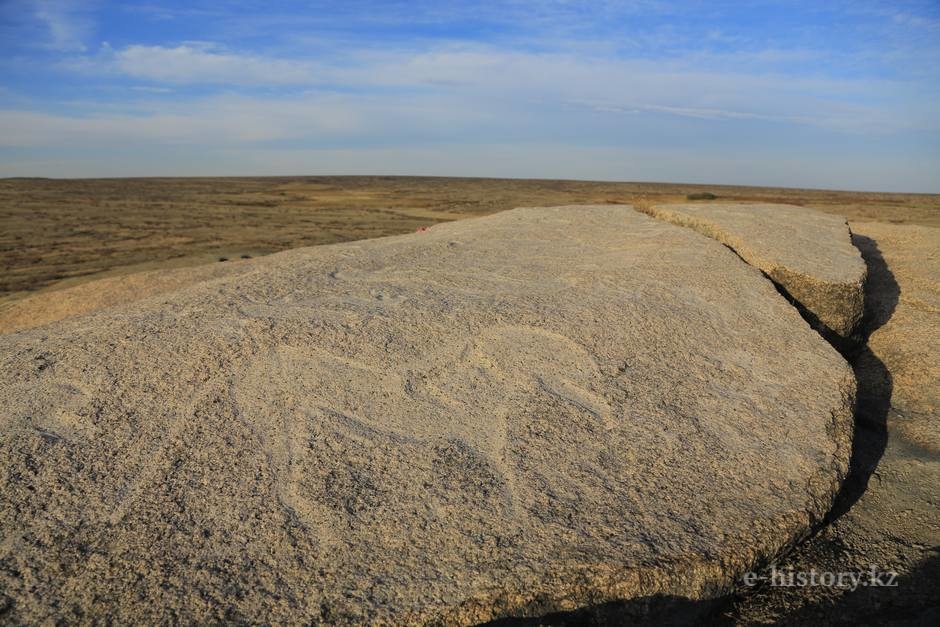 On stones of the natural boundary Terekty-Auliye it is possible to see the images of animals executed in «animal style», characteristic for a Sakas era. In total it is possible to count in the natural boundary about 300 petroglyphs, among them about 200 — they are images of animals. In historical science it is accepted to understand silhouettes of both real-life, and mythological animals as «animal style». This style appeared in the 7th century BC and was extended to the territories of steppe open spaces of Eurasia. 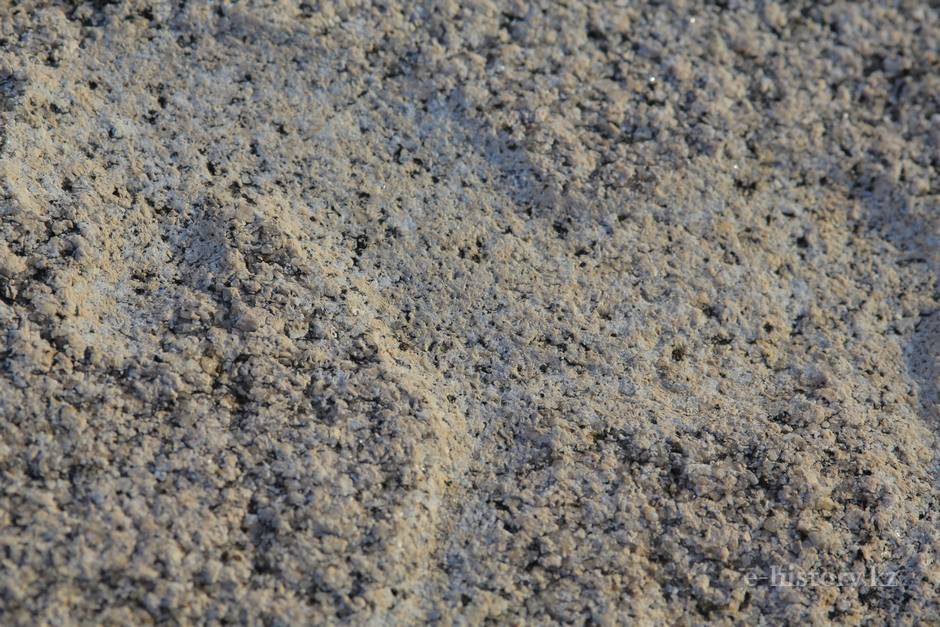 Rock paintings of Terekty-Auliye narrate about nomadic life of ancient people, displaying scenes of hunting, worship the Sun and many other things. Around Terekty-Auliye’s monument soars many legends therefore here pilgrims, and also fans of mysticism are continuously refluxed. 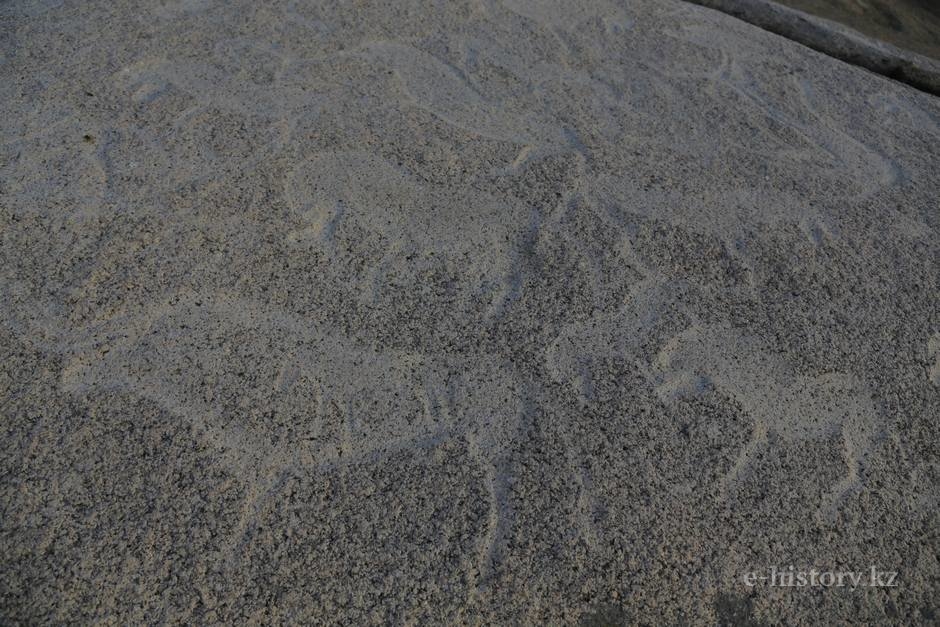 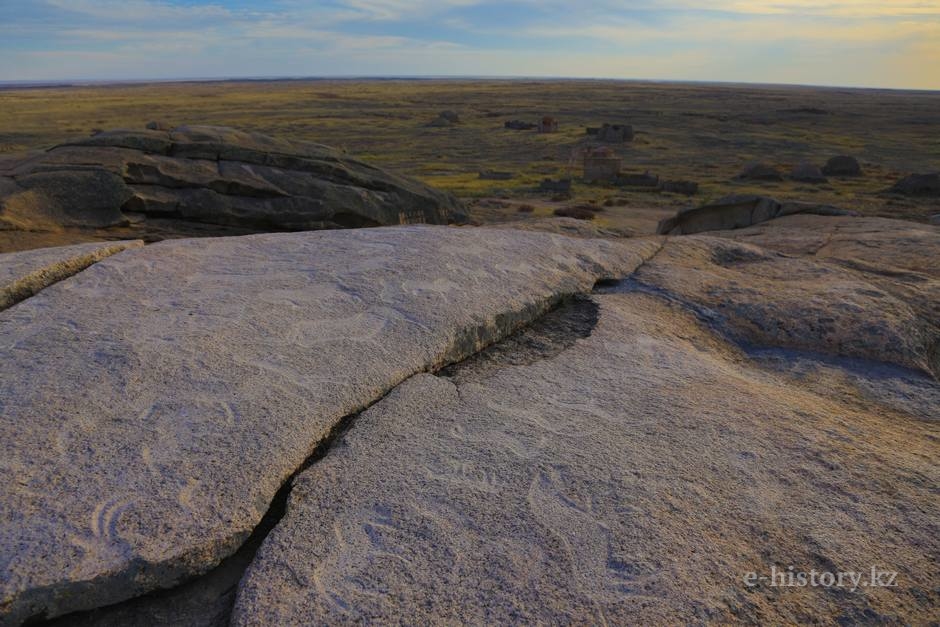 Researchers suppose that Terekty-Auliye’s petroglyphs were left by the people living in this terrain during different historical eras: Bronze Age, then 12th century BC (Scythians-Sakas period) and 1st century AD, and at last Middle Ages. Thus, the ancient rock painting stores memory of a way of life, beliefs and representations of our ancestors in different historical intervals of time. 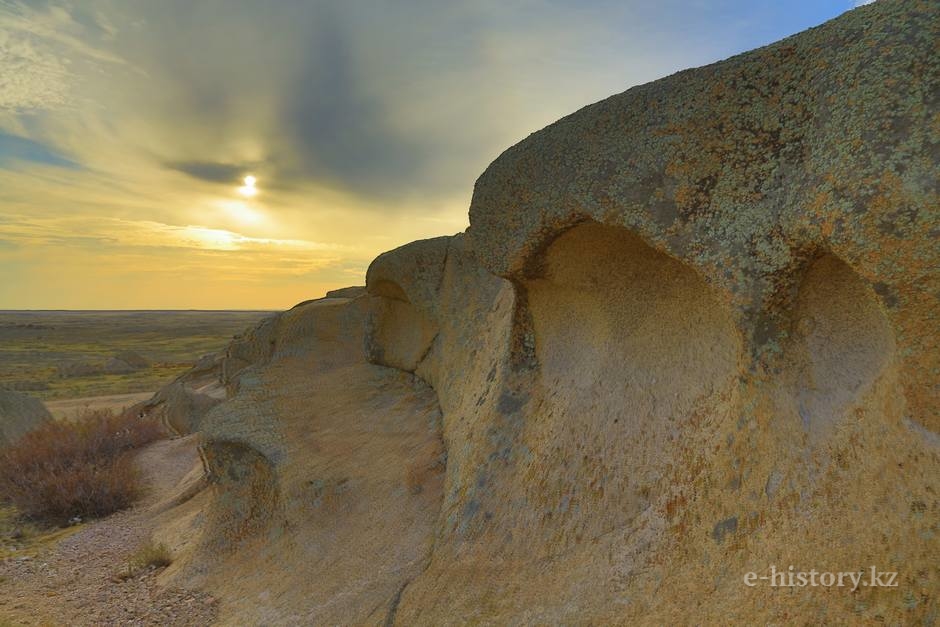 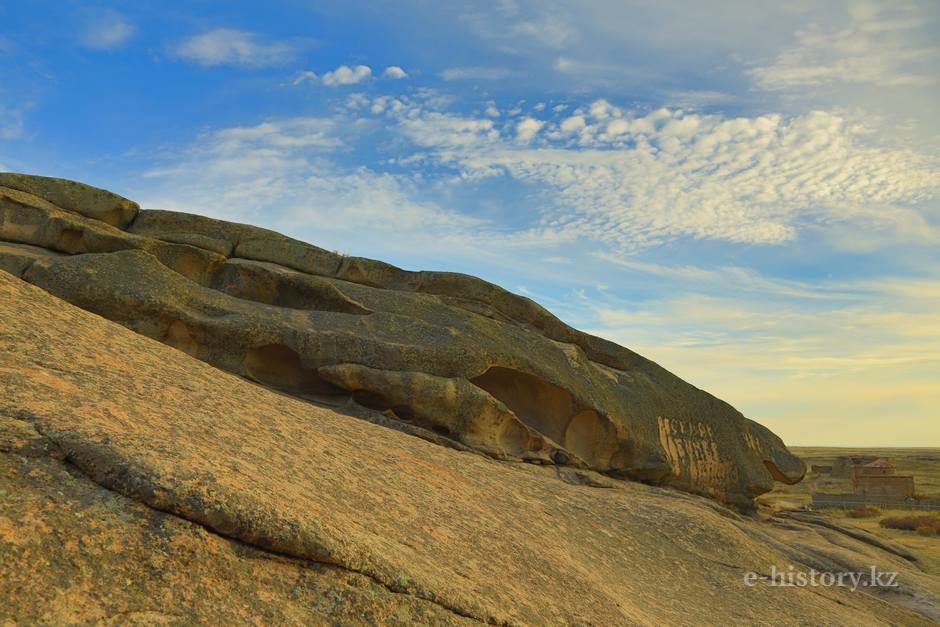 Archaeological complex Terekty-Auliye keeps a lot more secrets for science which solution will help to slightly open some pages of our history. 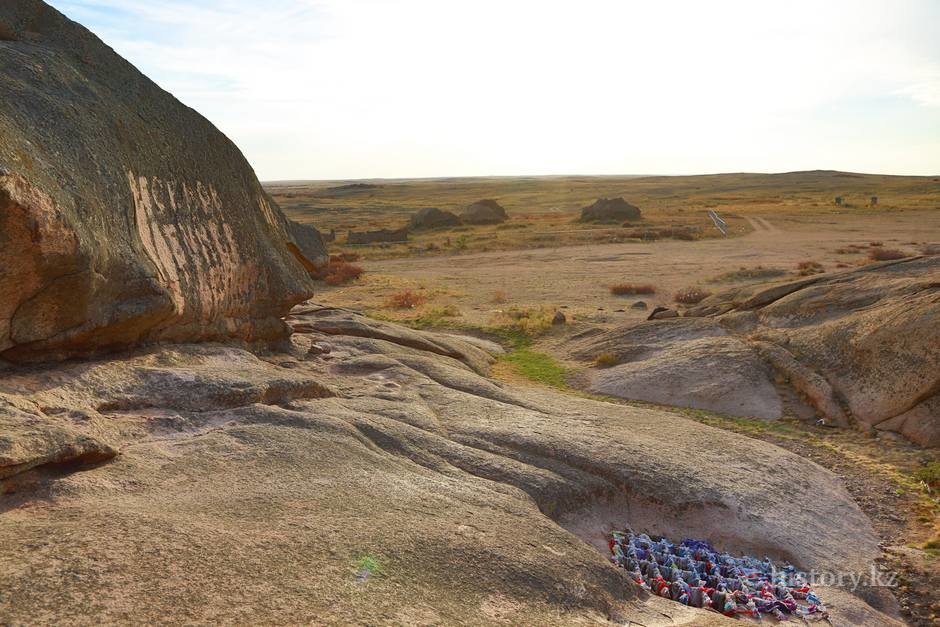 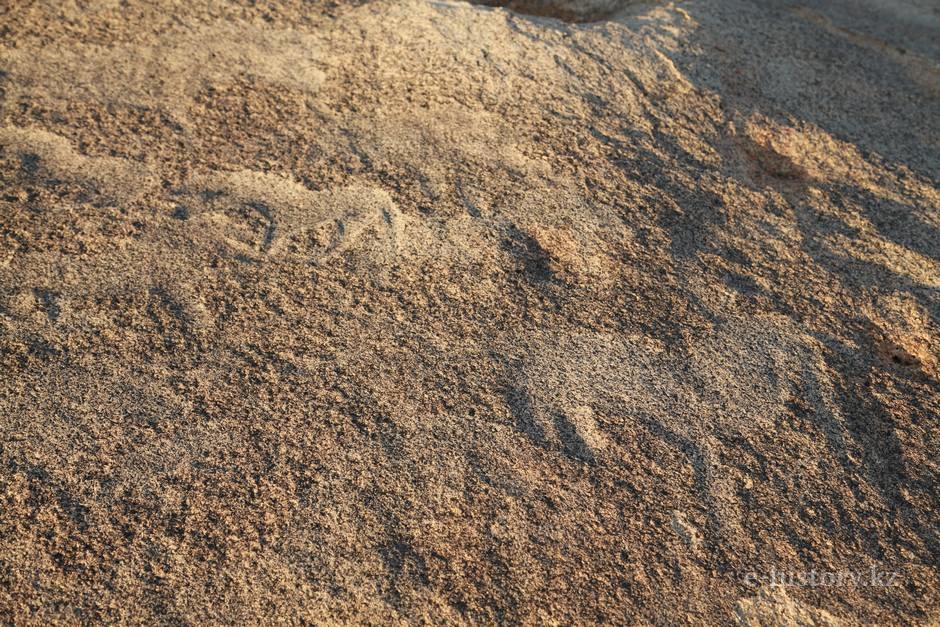 On Terekty-Auliye’s stones which became a shrine in a certain regularity the ornamented figures of the person are beaten out, a camel and other animals, in particular, among them there are a lot of images of horses. Figures were put with stone or metal tools. The surface of stones is so carefully ground that till today saved brightness of a polish. 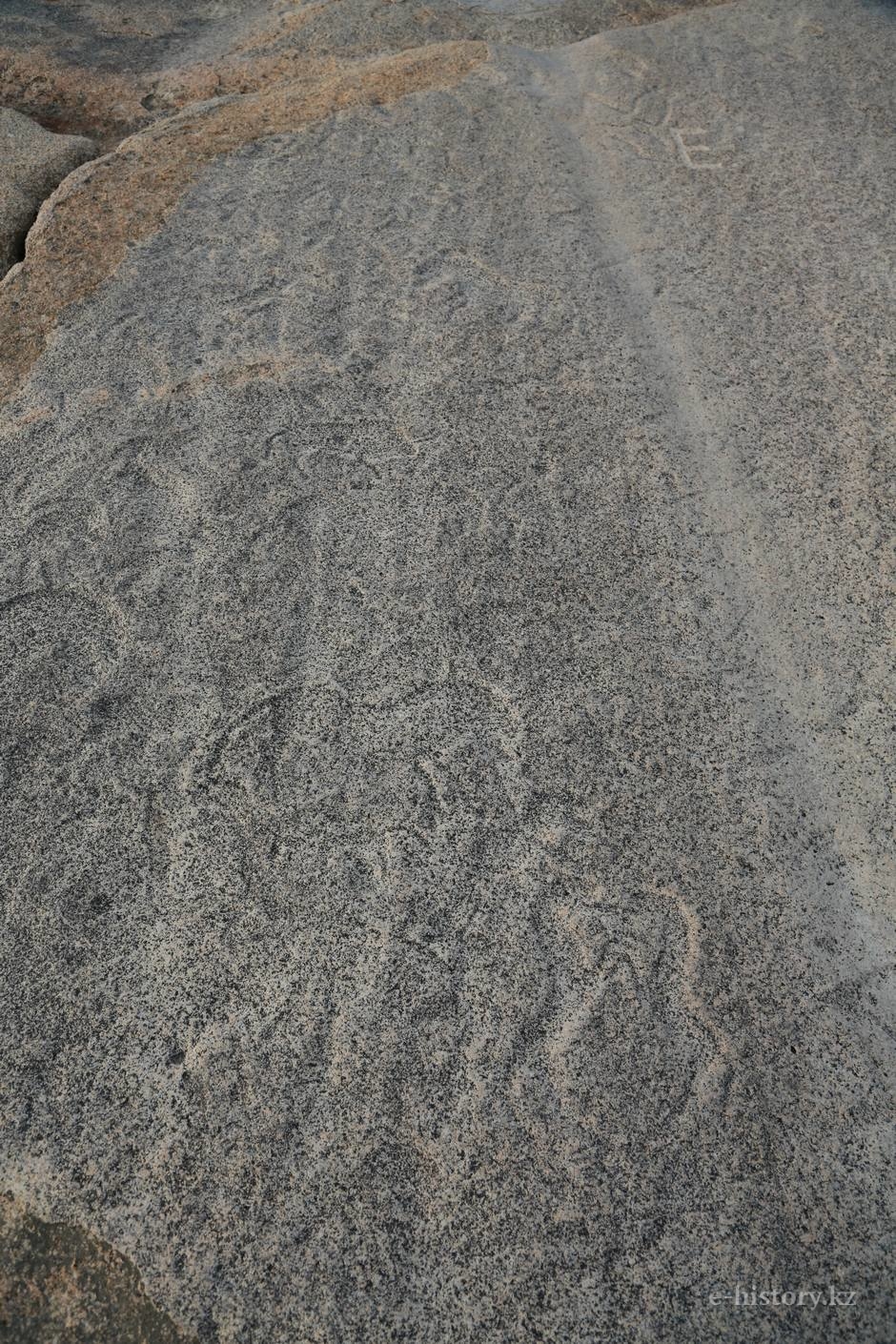 Images of animals on stones of the complex of Terekty-Auliye 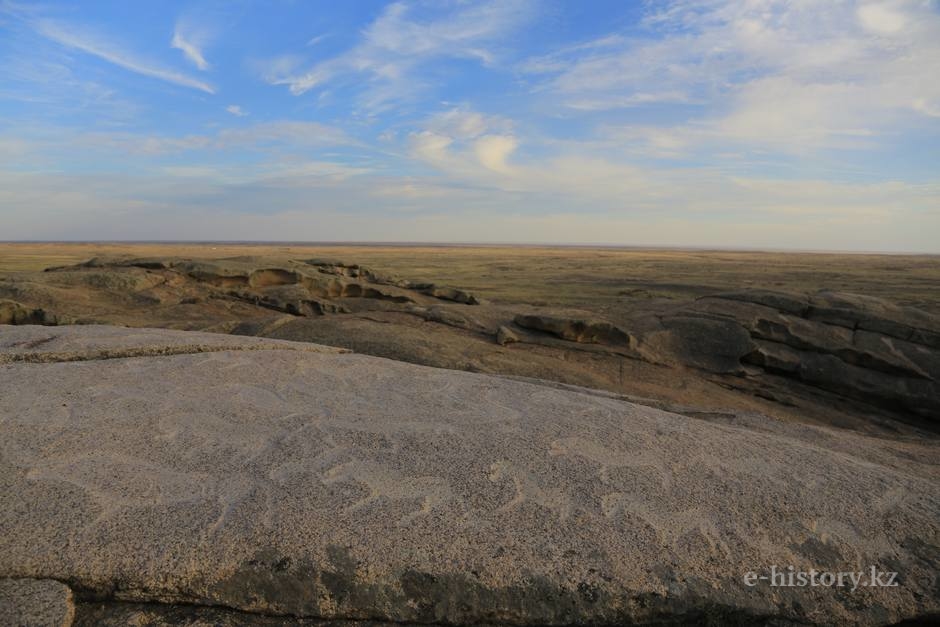 It is known that horses were an integral part of life of nomads. Meat and milk of this animal was the main food, the horse served as transport and was a correct support of the soldier nomad. The European colonialists read nomads who practically did not descend from a horse, centaurs. And the fear which was inspired by centaurs generated all known legends.

The local population named natural boundary Terekty-Auliye’s as the place where the foot of sacred stepped. Al-Biruni, the famous scientist who lived in 973–1049 correlated the image to Aziret Ali found on stones and his tulpary — a fast horse Duldul. 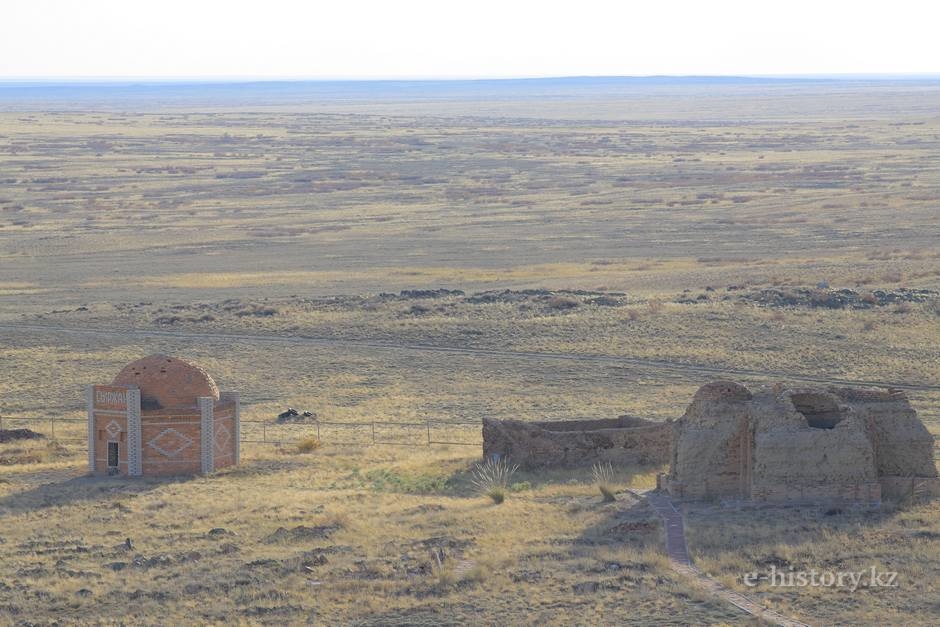 Aziret Ali was the Prophet Muhammad’s son-in-law. This is really existing historic figure, whose image turned into a legend. He died in 661. In east fine arts Aziret Ali’s sanctity was transferred a certain method: round his head figured fire, and in hands — the sword inherited from the prophet Muhammad with the sharp end. This sword was named «Zulfia». Today the sword is stored in the Istanbul museum of Topkapy. The image of Aziret Ali with horse testifies that he was the soldier. 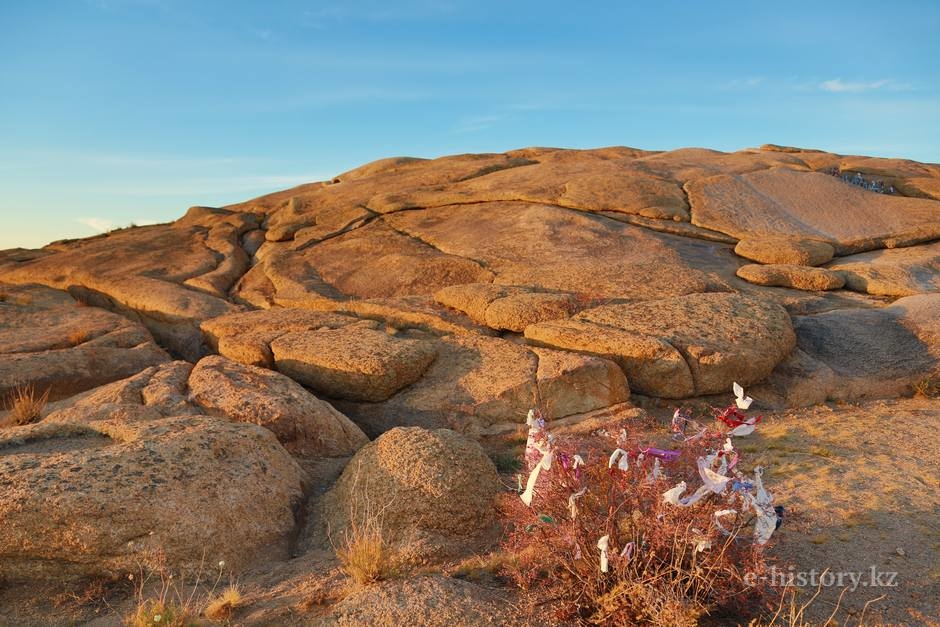 Scattering of stones of the natural boundary of Terekty-Auliye

When the Kazakh soldiers and batyrs (soldiers) quitted in the field of fight, together with names of the Holy Spirits soldiers for protection also called Aziret Ali. It is considered also that stepped into Terekty’s territory «the hoof» its tulpar of Duldul who is considered sacred.

Materials of the natural boundary of Terekty-Auliye make large archaeological fund. Research of ancient rock drawings of this sacred place matters not only for idea of lifestyle of the ancient people, but also is the cultural value, being a well of spiritual wealth of our ancestors.

Any use of photos is forbidden without written permission of edition of a portal and their author Maxim Rozhin.