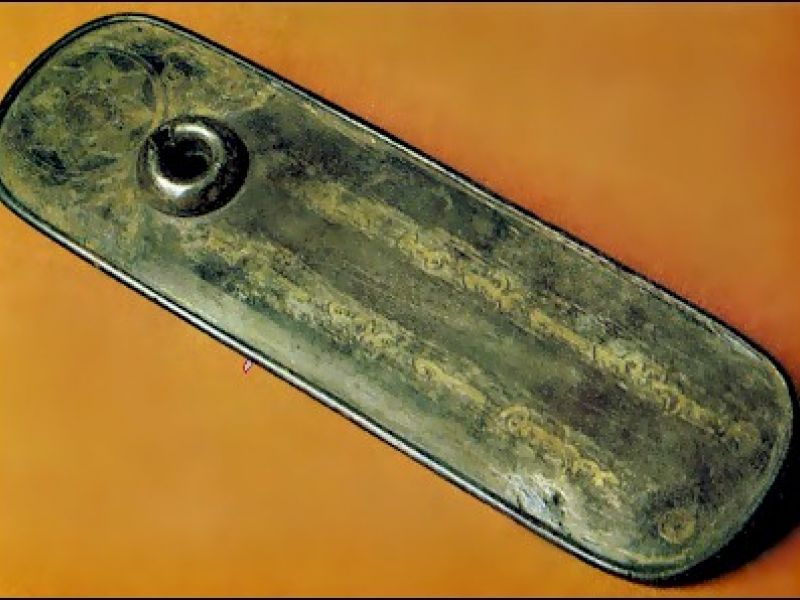 Nomadic society during the 14th -16th centuries represented an extremely complex social organism, a specific feature of which was a combination of elements of feudal relations with forms of patriarchal and tribal life. The study of land tenure of the Central Asian region, ethnic and cultural relationships with the Karakalpak Kazakhs, Uzbeks and Turkmens have greatly expanded our understanding of land relations in a nomadic society, which differed significantly from the settled agricultural areas.

Khan labels can be distinguished among the sources that give the characteristic southeastern Kazakhstan during the 14th-16th centuries. Source analysis labels reveals specific patterns of nomadic society in southern Kazakhstan. Existing tradition in the nomadic culture could not affect the content of the text labels.

The rights and obligations enshrined in the labels came from the essence of the nomadic form of life support, whether it is a list of taxes, benefits or a form of land tenure. Historical documents of Sygnak, Sairam and Turkestan reflected aspects of the relationship of the landowner and the rural community, the limits of its powers, as well as other issues related to the history of agrarian relations. Interesting facts about the various forms of land use, which will greatly help clarify the significant differences and features of the evolution of land use in a large region in the district Sygnak.

Three letters were written in the Turkic language and one in Persian language. Sources called «Letter from Sygnak» were published in «Materials on the History of the Kazakh Khanate 15th-18th centuries (extracted from Persian and Turkic writings)» (MHKK). As a source for the study of the history of land ownership in the Soviet historiography mentions involved A. Jakubowski, P. Ivanov, v. Yudin, A. Erenov.
First letter, (1400–140) (Tarkhan-servitor label of Emir Timur).

The letter was written in Turkic language. Adjusted Russian translation published in «Materials on the history of the Kazakh Khanate 15th -18th centuries (extracted from Persian and Turkic writings)» [2, c. 317].

Emir Timur was appointed as Shaykh al-Islam, the city Sygnak, Siradzh ad-Din-shaykh and gave him Tarkhanlyk. He also gave him few lands near irrigation ditches of Ordakent, Kizil-Tal, Tuman, Buzgil-Uzak in Chihil-Tugay to the ownership. The official document of donation is confirmed in the text: «and consider him in all circumstances be equal (other tarkhan) and free in terms of Kharj-kharadzhat, Alyk, Salyk and Mardikar and do not require him annually parvanachi new nishana»[2, c. 317].

The original letter was written in Turkic language. The text of the letter had been investigated for publication in «Materials on the history of the Kazakh khanate 15th -18th centuries (Excerpts from the Persian and Turkic writings)» [2, p. 317].

For the first time the letter was discovered by v. Bartold during his trip to Central Asia in 1902 in Tashkent and Syrdarya regional board.

In his «Report on the trip to Turkestan» he publishes without a Russian translation issued in 950 (1543–1544) or 955 (1548–1549) Abu al-GhaziAbdur-RahimKhan-Bahadur Sultan Sirat-Shaykh Naqib [1, p. 266]. According to it Sirat-Shaykh Naqib Sygnak imposed by a judge. The title of his post in the charter was: «appointing him as kuzzat al-Islam and al-Nafis Ahkaam». His duties included, «and ordered that (he) legally (in accordance with that), as it should be, performed the rites of marriage and connections by marriage, (whether) in the presence of a guardian or without cause, and (sent function) distribution of zakat, (solved) all cases (subject to review) according to Sharia, put a stop to quarrel».

Performance of duties ensured him a certain monetary payment, «And yes he can take for your table (if the rite of marriage) from girls a tilla and from virgin women half tilla and from divorced women four-tenths (tilla)». An interesting fact seems to indicate in the text mentions a fixed fee. Perhaps it was to prevent financial abuse by the Sirat-Shaikh-Naqib.

The original letter was written in Persian language. First translated P. Ivanov, in his book «Essays on the History of the Karakalpak», analysis contained information on the history of feudal tenure of Karakalpak [5, p. 34–35]. v. Yudin for collection «Materials on the History of the Kazakh khanate (MHKK) 15th-18th centuries» [6, p. 123] presented a new, refined version of the translation, which must be more involved in historical research. In our work, the text mentions proposed translation, published by him in MHKK.
The letter of Abdullah Khan from 1006 (1597–1598), belongs to the end of the 16th century.
According to it, shaybanid Abdullah Khan II passed into the possession of the inhabitants Sygnak (at the request of Maulana Kamal al-Din), a number of irrigation canals. In the letter indicated the following channels: «Toktamysh source, and Kharash source and channel Calth-Dzhalgiya and channel Kyzyl-Tal and Arslandi channel, and the channel Dzhulak and channel Mingbulak…». Transfer to private ownership of fresh water wells, drinking water sources, irrigation canals and ditches was distributed not only in the cities of southern Kazakhstan. The same content labels we find in the documents of the Crimean and Kazan khanate.

Fourth letter, (1634–1635), (Vakufnyi label Abu al-Ghazi Ubaydallah Khan Bahadur, the Sultan).
The original letter was written in Turkic language. This patent issued on behalf of Ubaydallah Khan in 1044 (1634–1635), is the late-time document of the number of acts of sources related to the history of the towns near Syr Darya. Label is written at a time when for Tashkent, Turkestan and other cities on the Syr Darya, there were constant wars between Bukhara Imam Kuli Khan and Kazakh sultans. v. Barthold suggests that the letter written by Abdullah Khan, the son of Bucky Mohammed Khan, who in 1628, after the death of the Ishim Khan (Yesim Khan), was appointed governor of Tashkent. «At least among Kazak khans and sultans of the time, the names of which are used by Mahmoud Veli, there is no name of Obeidallah Khan» [1, c. 265].

Letters issued by the Kazakh khans and sultans were not able to find. However, this does not mean that such documents exist. According to the author «Imamkuli Khan — name» Suhaila, «Kazakh Khan Tursun- Muhammad in the early 17th century minted its own coins in Tashkent and collected from the population and badge kharaj, i.e. he was the supreme ruler of the sovereign»[8, c. 38]. Other Kazakh khans and sultans enjoyed similar rights in towns near Syr Darya, which means «out of their offices had to go out documents of different nature» [2, c. 316]. The fact that one of them will be, and shortcuts, no doubt, as there was continuity of socio-economic processes spawned the emergence of similar acts sources. Thus, the study of Khan’s label is a promising direction of modern Oriental Studies.