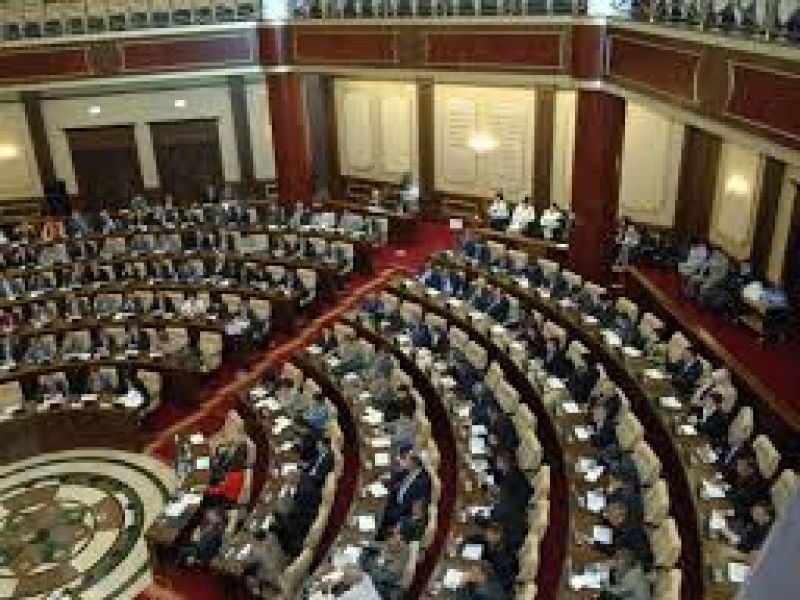 The Constitution of the Republic of Kazakhstan guarantees the rights of parties, movements, associations, with the exception of those whose activity is aimed at "changing the constitutional order, violation of the integrity of the country, undermining the security of the state, inciting social, racial, national, religious, class and tribal enmity." State intervention in the affairs of political parties and public associations are not allowed.

The basis of the concept of state reform strategy in Kazakhstan was a program of democratization and political reform. This program shows the dynamism and effective approaches to the sphere of the state to further democratization of social processes.

Party building in the Republic of Kazakhstan received its second development with the adoption in 2002 by the Parliament of the new Law "On Political Parties" that would, in the opinion of the authors of the law, to regulate and streamline the course of Party building in Kazakhstan. The new law was introduced 50000th barrier for the formation of a political party.

After the adoption of the new Law "On Political Parties" in July 2002, the then-current political parties must have been for six months to re-register.

At present in the Republic of Kazakhstan officially registered 11 political parties.

In Kazakhstan, the media is functioning in 1824, including 1,202 newspapers, 483 Magazine, 124 TV and radio stations and 15 news agencies. 85% are non-governmental media. The owners of the media are 159 community associations, 11 publications belong to political parties and movements, and 10 religious organizations. A significant variety of themes typical of the media market in the country.

Newspapers and magazines are published and TV and radio programs are broadcast in 11 languages, nationalities and ethnic groups living in the country. In addition to the major languages ​​(Kazakh and Russian), the media overlook the Ukrainian, Polish, German, Korean, Uighur, Turkish, Dungan and other languages. Media ethnic minorities receive financial support from the government.

The Ministry of Foreign Affairs of the Republic of Kazakhstan accredited by more than 80 representatives of foreign media from 20 countries, including most major news agencies such as BBC, Associated Press, Interfax, France Press, Reuters, ITAR-TASS. Variety of topics, publications and languages ​​contributes to the rapid development of mass media in the country and create a unique palette of the information field.

Since 1921 he works Kazakh Telegraph Agency (KazTAG now - KazInform). Republican radio broadcasts are available from 1931. Currently on air sound for more than 60 public and educational programs, about 20 musical entertainment (2003). In 1958, the first TV show was shown. On the Republican radio and television programs are in Kazakh, Russian, Korean, Uygur, German, Azeri, Turkish, Tatar.

Party Chair - Madinov Romijn Rizovich. Party was registered March 16, 1999. Party membership is 60,000 members. The party has its divisions in 12 provinces, cities and districts. The social base of the party are agricultural producers, farmers, rural cooperatives and associations. Its goals are:

protection of the political , civil, economic , social and cultural rights and interests of all members of the agricultural sector , the inhabitants of the village , an active part in the political life of society , the impact on the formation of the political will of farmers, villagers and other segments of the population , participation in elections to the bodies of state power in central and local levels , to promote economic growth of agricultural sector , improving the social status and well-being of rural truzhenikov.V elections to the lower house of Parliament - Majilis - September 19, 2004 the Agrarian Party was involved in the agro -industrial unit workers' Union ( AIST ) . Voted for the bloc 7.07 % izbirateley.GRAZhDANSKAYa PARTY KAZAHSTANAPervy Party Secretary - Azat Peruashev Turlybekovich . Party was registered December 29, 1999 . Claimed party membership is about 100,000 people. The party has its branches in all areas of the cities of Astana and Almaty. The social base - the representatives of industrial enterprises , workers, engineers and technicians. Party considers its goals : strengthening and development of the state , the formation of the rule of law , the equality of all citizens before the law; cleansing the state apparatus of corrupt officials , restoring order and the rule of law in all spheres of public life, the realization of the principle of responsible government to the people , the rise of the national economy , strengthening of material wealth and social status of the citizen and of the family.